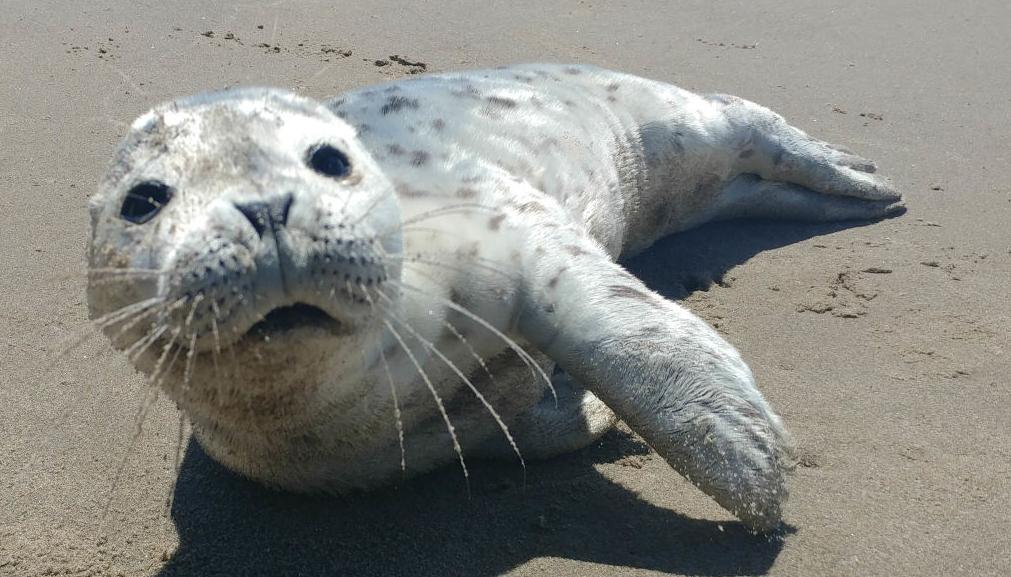 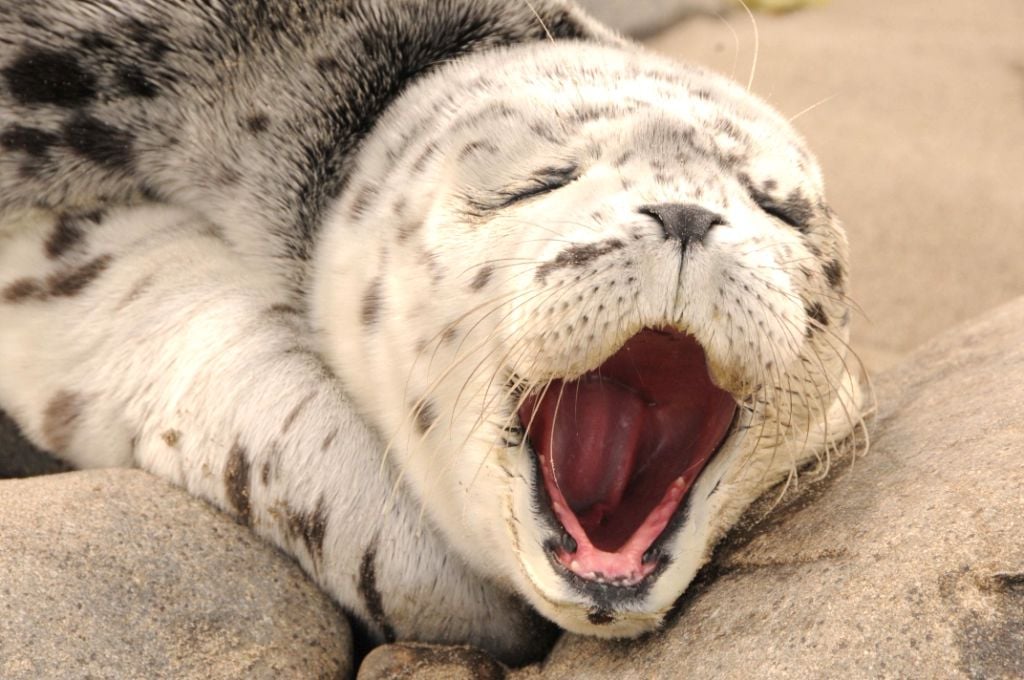 Spring is in the air and seal pups are being born along the Pacific Northwest coast. Harbor seals often leave young pups safely on beaches, docks, and rocky outcrops with the mother close by.

However the mother may not return if humans are too close or touch the pup. Thus wildlife experts suggest “don’t touch seal pups!”

Oregon and Washington typically see harbor seals born throughout spring into summer, while California may see pups early as February. These young animals use time on land to regulate body temperature and rest while their mothers hunt nearby.

Female seals birth annually after an 11-month gestation and utilize familiar coastal shores or estuary areas with easy access to water to have their pups. New seals can immediately swim but stay close and ride on their mothers back while they mature.

Seal milk has an incredible 40% fat content. From birth young seals can double in size during the four to six weeks they nurse then wean and learn to hunt. Pups depend on the stored body fat gained through nursing to survive foraging on their own. Thus, any interference from humans that would cause premature separation between pup and mother would be detrimental to the pups expected survival.

Marine mammals are protected under the Marine Mammal Protection Act. Under this federal law it is illegal to move, touch, harass, feed or kill marine mammals including seal pups. Harbor seals live on land for nearly half their lives breeding, molting, resting and raising their offspring.

Molting occurs after pups are weaned and in order to retain warmth and energy molting seals often stay on land for extended periods of time. Human encroachment and domestic dog interaction are big challenges for the health and well-being of both young and mature seals.

If a seal pup is seen on the beach or docks please contact the Marine Mammal Stranding Network. Local wildlife officials will post educational signs that encourage the public to keep a safe distance away from the animal while the situation is monitored by experts. Most of the time the animal is healthy and in need of a rest before it rejoins with its mother or re-enters the water.

The Marine Mammal Stranding Network is able to respond to sightings of seal pups and other injured or dead marine mammals, including whales or dolphins. Responders will act as quickly as possible to assess the situation and obtain information and observations about the animal in question.

For the northern Oregon and Southern Washington Coast the Seaside Aquarium is the local responder for the Marine Mammal Stranding Network and can be contacted at 503-738-6211. If a stranded marine mammal is found elsewhere the Oregon State Police reporting line can be called 800-452-7888 and they will contact the appropriate stranding network responder for the area.