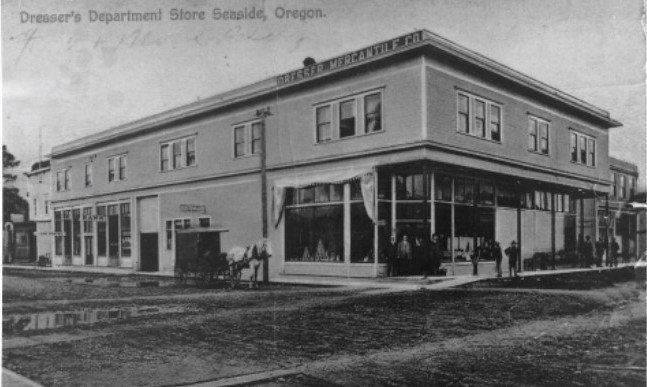 In 1913 the Seaside library opened for business as a reading room in the Dresser building. The building now houses Tom’s Fish and Chips and the Seaside Coffee Shop. 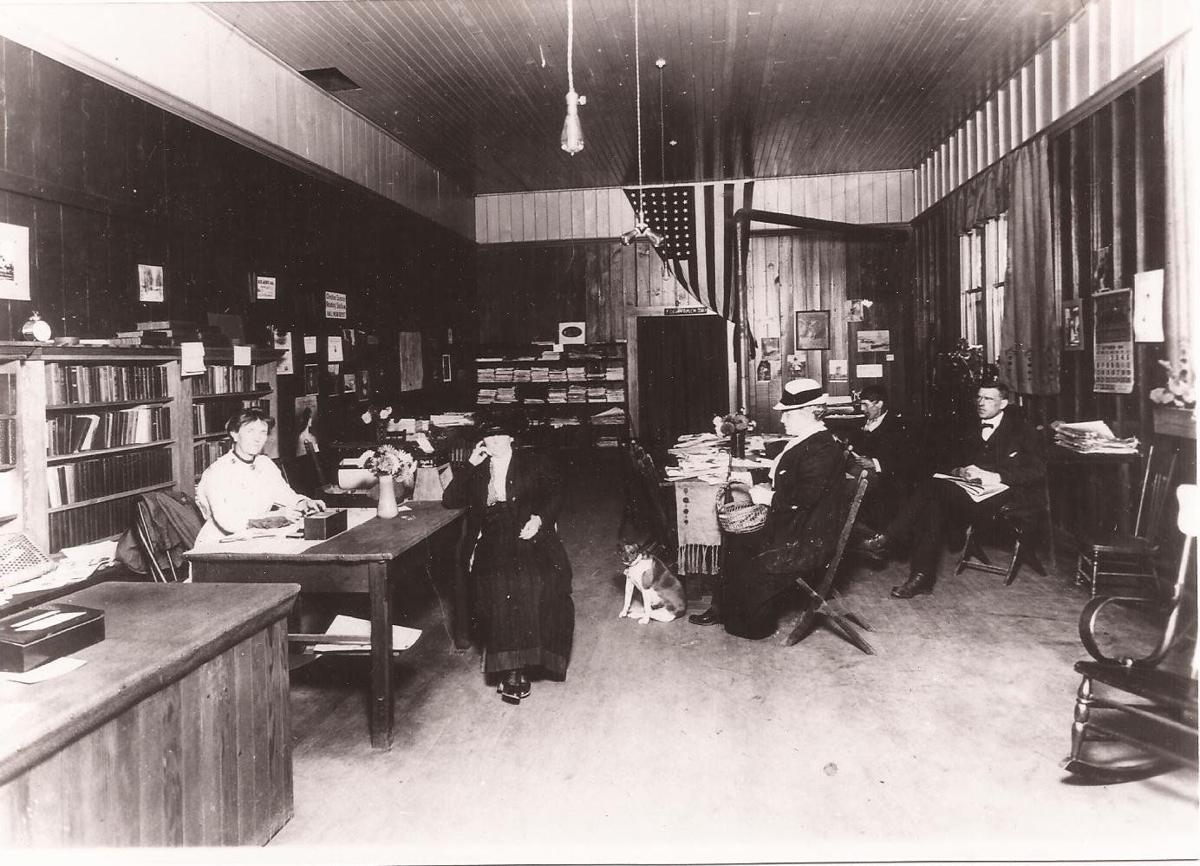 In the beginning the library was open to civic club members only.

In 1913 the Seaside library opened for business as a reading room in the Dresser building. The building now houses Tom’s Fish and Chips and the Seaside Coffee Shop.

In the beginning the library was open to civic club members only.

This year we are celebrating the Seaside Prom Centennial of 100 years. The appealing promenade cement boardwalk that borders the ocean and offers beautiful views. I’ve walked, biked, rollerbladed and ran on the prom for at least 30 years of the 100. But over the last 100 years of the prom and the Seaside Public Library, a lot has changed. Libraries in general have changed quite a bit from 1921 to 2021.

The Seaside Library began eight years before the prom was built, back in 1913. The library started out in the public bathrooms (The old Dresser building where Seaside Coffee House and Tom’s Fish and Chips now live) near the Seaside railroad stop where families got off for the weekends to visit Seaside from Portland. The train took most of the day and cost $2.

Twelve different librarians have managed the Seaside library over the years including myself which averages to approximately 10-15 years per librarian!

Back in 1921 the librarian was paid $400 a year to run the library with most of that salary paid in the summer and $75 paid over the winter. Seems that it was pretty quiet in the winter in Seaside back then. Most of the money that supported the library came from the women’s club in Seaside before the library became a city and public library officially in 1935. The Oregon State Library still holds the original charter document.

One of our library patrons remembers going into the library back when it was in the building next to the old city hall, which is now the Seaside Brewing Company. All the adult books were up a very rickety staircase with a wobbly banister. She still remembers the librarian telling her the upstairs was for adults only. Her mom looked at her and said, go on upstairs, so she did. She vividly remembered the railing for the stairs were not in great shape and she was afraid she might pull it off. This was back in the 1940s or 1950s.

Up through the 1950s much of what librarians did was reader’s advisory, helping library patrons find books. They also sometimes helped people use phone books or find an address. Library books were all cataloged using a card catalog with real cards.

One of my favorite pictures from the library when it was on the highway, where Cleanline Surf shop now stands, shows one of the librarians in a gopher or beaver costume reading to a small group of children in the ’70s. I believe this was a summer reading program. I applaud the full commitment by that librarian. Unfortunately, the picture didn’t have a name on it so if anyone remembers this program, please let me know. The old library on Roosevelt also had an event with a cage full of baby chicks in the library for story time back in the ’80s.

In the ‘60s and ’70s, Librarians did complicated searches in databases that only they could access. You had to know Boolean search keys and how to find the right records. Around that time discussion about librarianship changed from “analog — just books and card catalogs — to information technicians. Librarians began to understand that training in how to best search and find resources and information was where the future was.

Many librarians preferred to just take care of books, magazines, and records, and that was it but they were slowly being left behind. The new librarian was the keeper of many types of information in many forms and not only new the information and resources within the library, but also outside the library on the Internet as well as community resources.

The internet of the ’80s brought in way more information that needed someone to help navigate and librarians found themselves taking up that role.

In the 1980s the library director didn’t drive a car, so to collect overdue library books and fines, the librarian would be chauffeured around town in a police car. I have a feeling a lot more people paid their library fines when the police showed up at their door!

Programs and spaces where people met became areas the libraries began to focus. The Seaside Public Library has always had a strong focus on families and young children reading. Children’s programs today are focused on STEM, early literacy, and brain development and ways for parents to help their children grow and succeed.

The library continues to offer programs for children and teens through Zoom. Due to COVID-19, our maker space is on hiatus, but we you can still request items be made on our 3-D printer. We offer many things in our “library of things” collection including a telescope, a waffle maker, Wi-Fi hotspots, cultural passes, and much, much more that are all checked out using your library card. The library now offers many resources and services. We still have books, we just added ebooks, audiobooks, DVDs, CDs, magazines, and more.

Esther Moberg is executive director of the Seaside Public Library.

Esther Moberg is executive director of the Seaside Public Library.