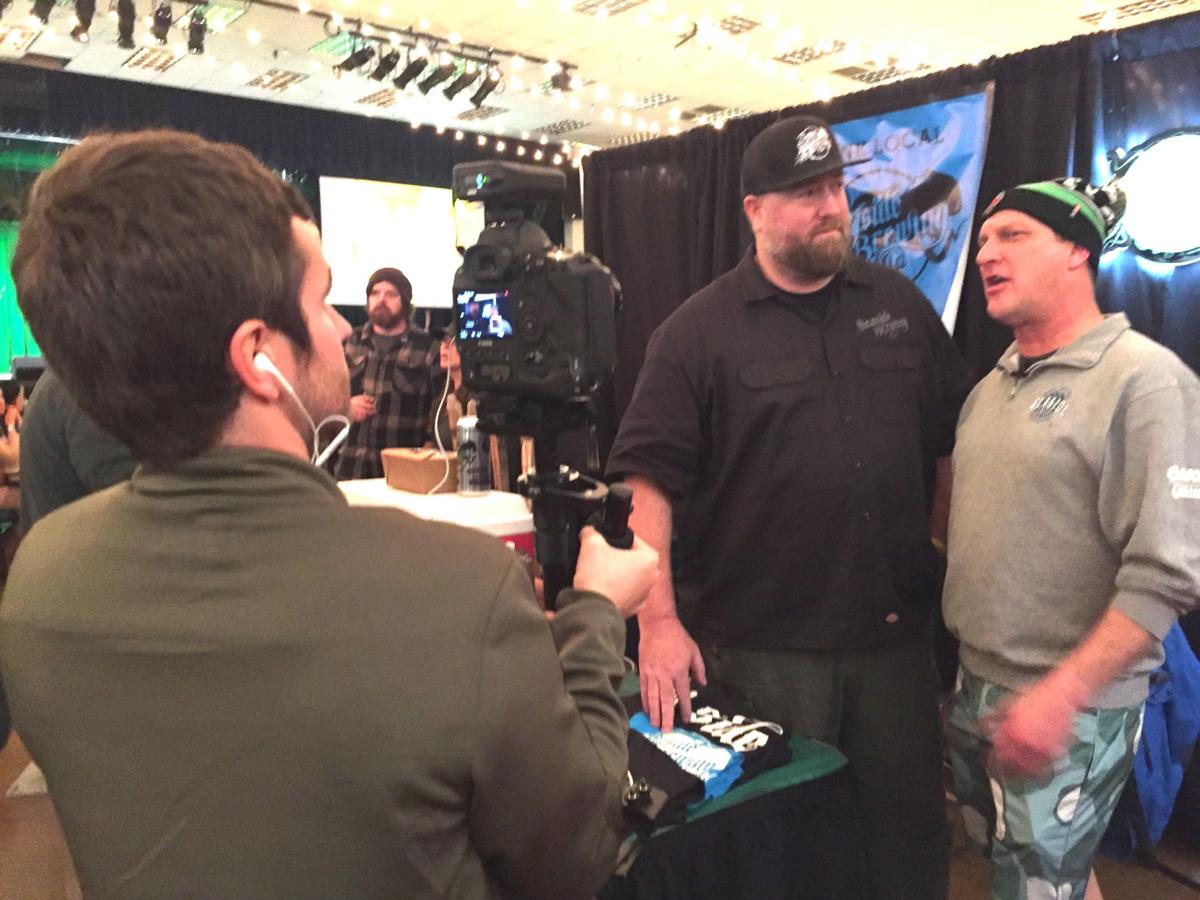 Pouring at the Coast founder Jimmy Griffin of Seaside Brewing Co. and Ken Heman of the Seaside Visitor Bureau. 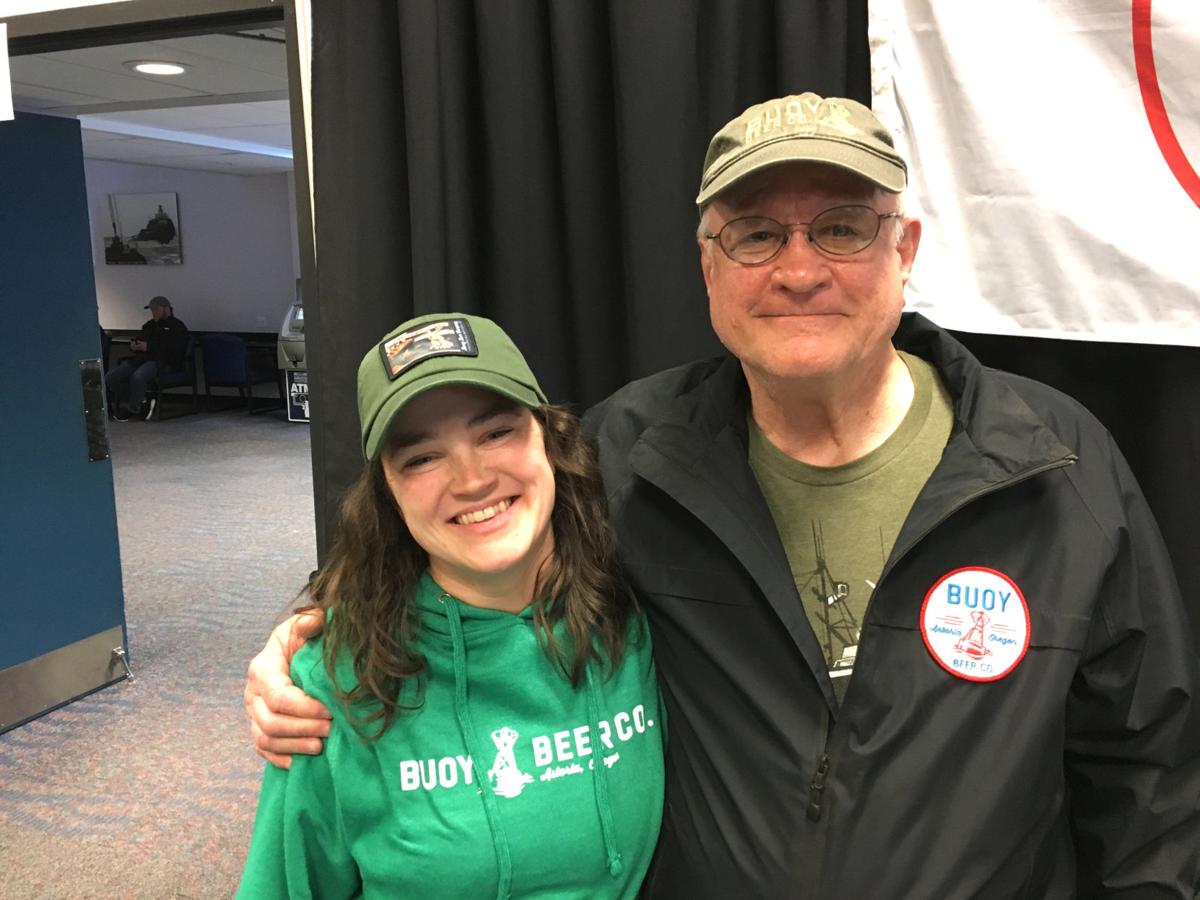 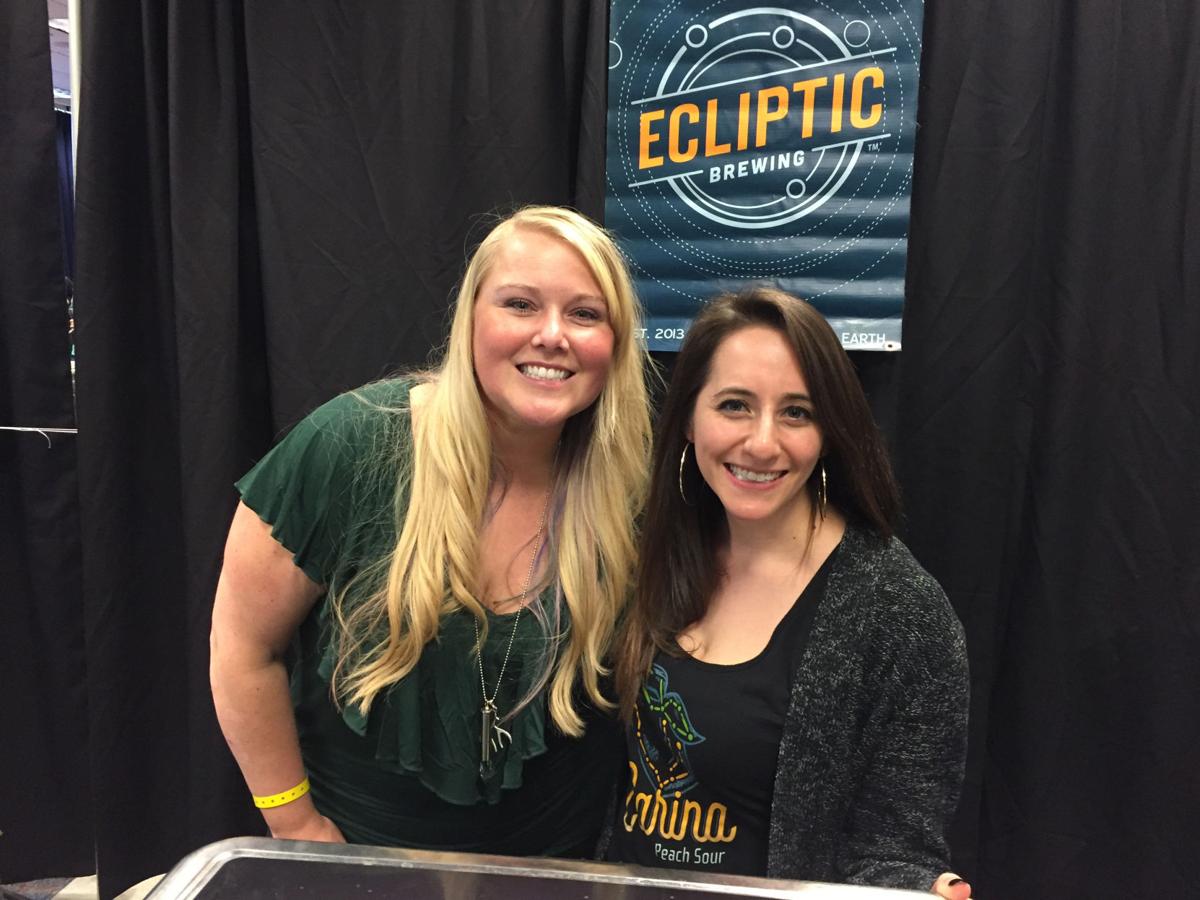 Stephanie Stevenson of Rascals and Daria Stein of Ecliptic Brewing, based in northeast Portland. 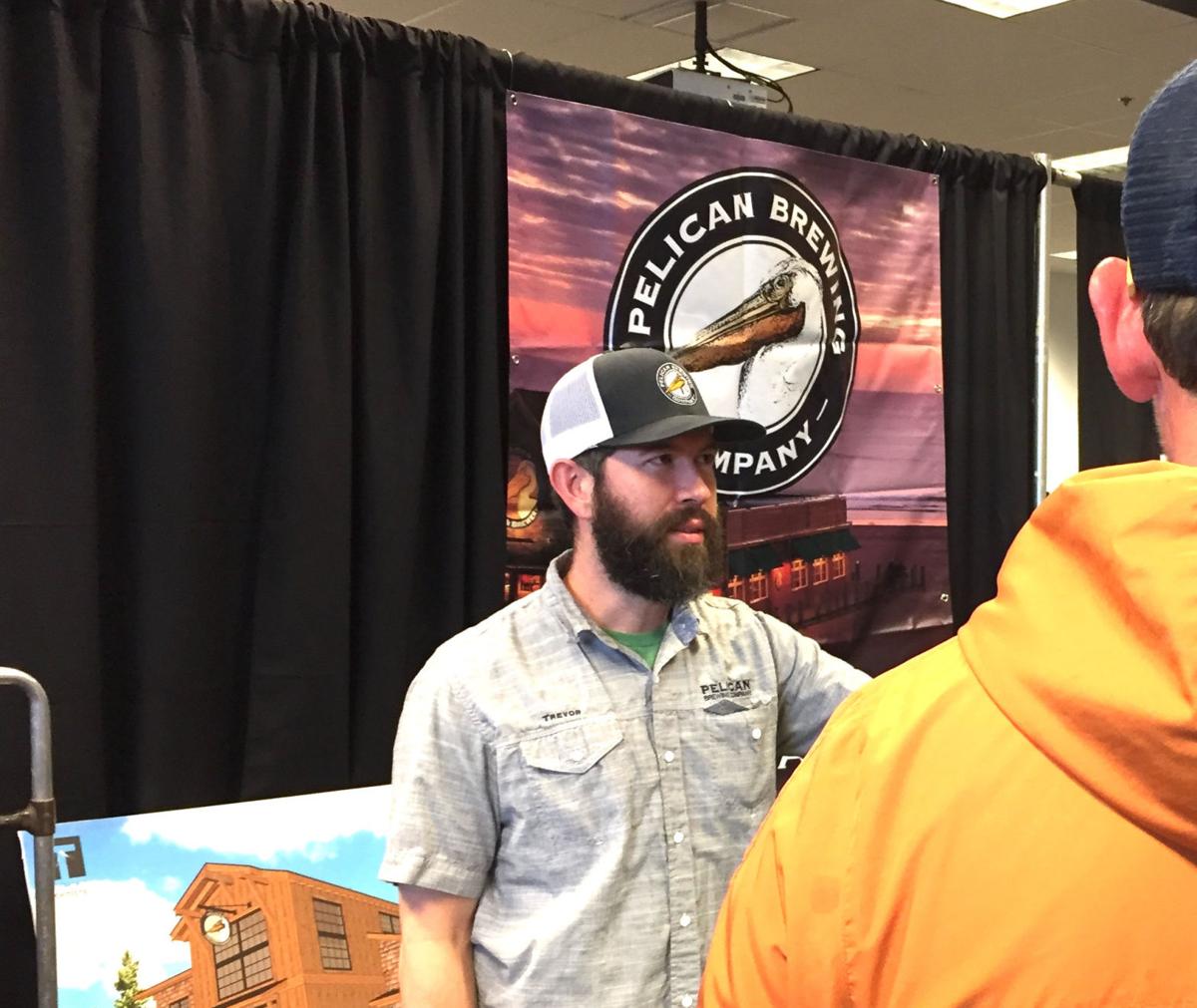 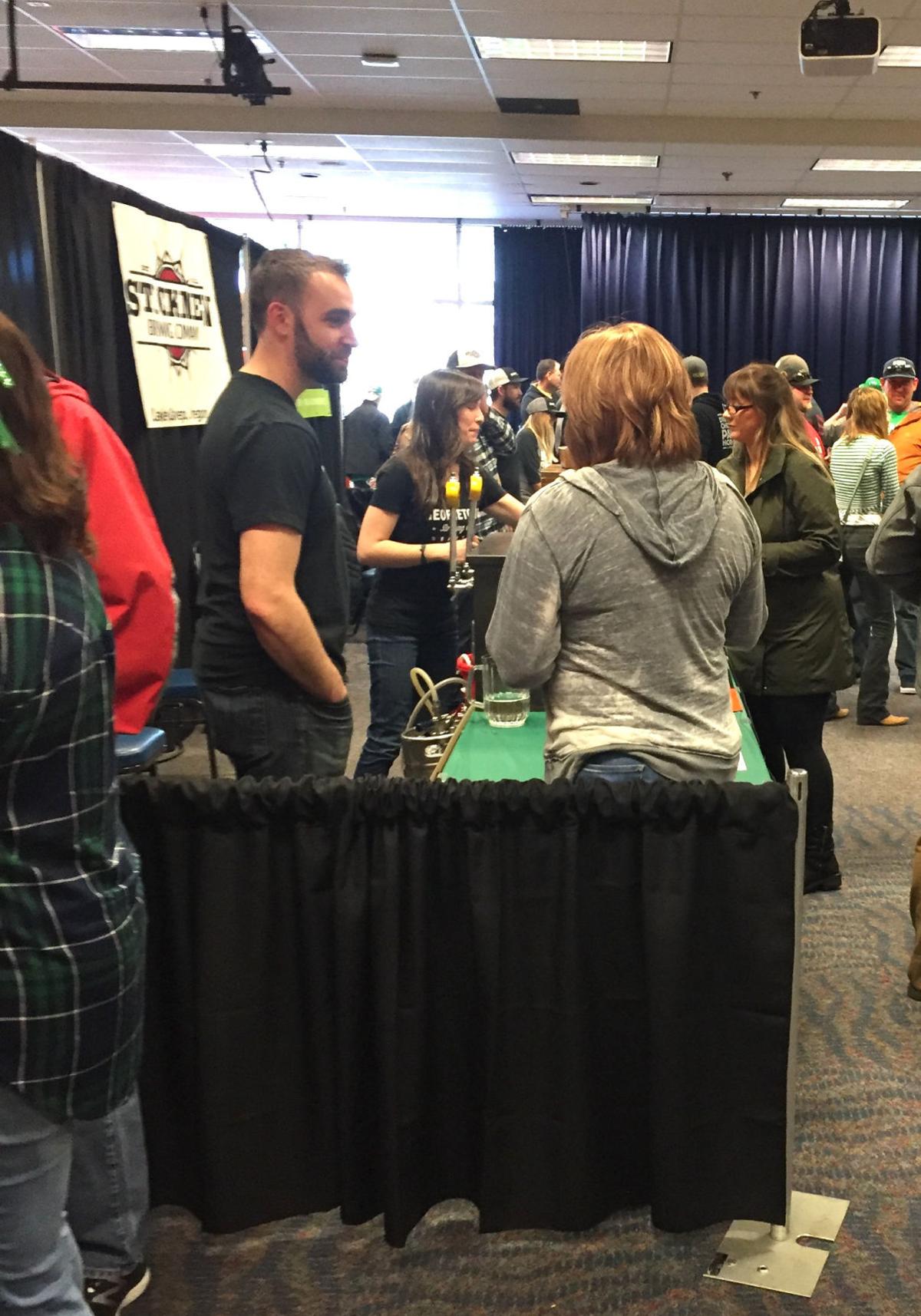 Pouring at the Coast event in Seaside.

Pouring at the Coast founder Jimmy Griffin of Seaside Brewing Co. and Ken Heman of the Seaside Visitor Bureau.

Stephanie Stevenson of Rascals and Daria Stein of Ecliptic Brewing, based in northeast Portland.

Pouring at the Coast event in Seaside.

A Who’s Who of coastal brews came to Seaside Saturday for the ninth annual Pouring at the Coast festival. Beermakers from Cannon Beach, Seaside, Astoria and well beyond shared their magic as the event coincided with St. Patrick’s Day festivities, a wall of green everywhere.

“This has been a fantastic day,” Brian Owen, executive director of the Seaside Chamber of Commerce said. “The weather broke — the sun came out — it’s called Oregon.”

Owen proclaimed the March 17 event as one of the best attended days in event history.

Guests mingled from display to display, with occasional breaks for snacks or catching up with old friends.

“People are running around, happy and drinking beer,” Brandy Stewart of the Seaside Chamber of Commerce said. “Smooth as can be.”

An hour into the event she said she anticipated about 1,200 guests.

Local breweries, including co-sponsor Seaside Brewing Co., along with Seaside’s Buoy, and Cannon Beach’s Public Coast and Pelican brewers, stood out among the more than 30 brewers from around the Pacific Northwest.

“We’re getting a ton of visitors,” McLean said. “They’re coming back for the dark-hearted blonde,” he said, referring to the Sleepy Monk inspired stout with a coffee infusion. “We brewed a second batch in Pacific City, and this is our brewer Bryce Snyder.”

Seaside’s Stephanie Stevenson of Rascals volunteered with Ecliptic Brewing of northeast Portland, Daria Stein, who though posted next to Gearhart chamber volunteer Andrew Stein, is no relation.

Public Coast’s master brewer Will Leroux, attending his second Pouring at the Coast event, presented his award-winning ’67 Blonde Ale and Candy Cap Russian Imperial Stout, a maple-, caramel- and pecan-flavored beer from a local mushroom, the candy cap. The concoction proved a favorite with Jim Paino, newly appointed director of the Cannon Beach Chamber of Commerce and Cannon Beach Police Chief Jason Schermerhorn as they showed support for the local craft brew scene.

“We’ve got some breweries you don’t see a whole lot out this way,” he said. “People are breaking out the seasonals. A lot of breweries send things out here as a ‘live lab,’ to see how it’s going to fly for the rest of the festival season.”

Griffin said there are more brewers than ever. “Some of them are into their business more than the brotherhood. But out on the coast, specifically, everybody’s really tight and everybody helps each other out. The North Coast is going to become its own beer destination in and of itself. We think it’s unique and we’re glad to be part of it.”

Kobe Bryant: There are women who could play in NBA "right now"