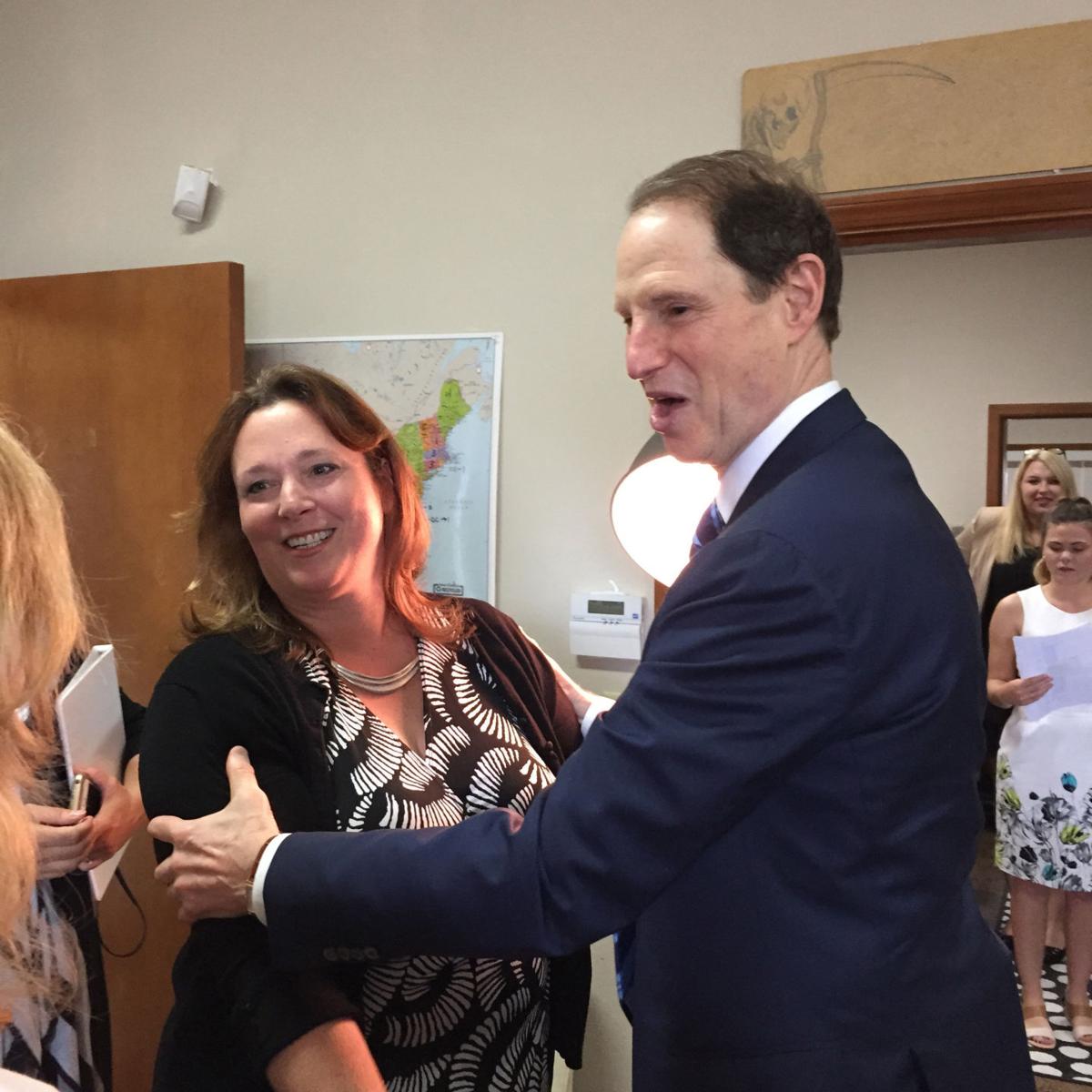 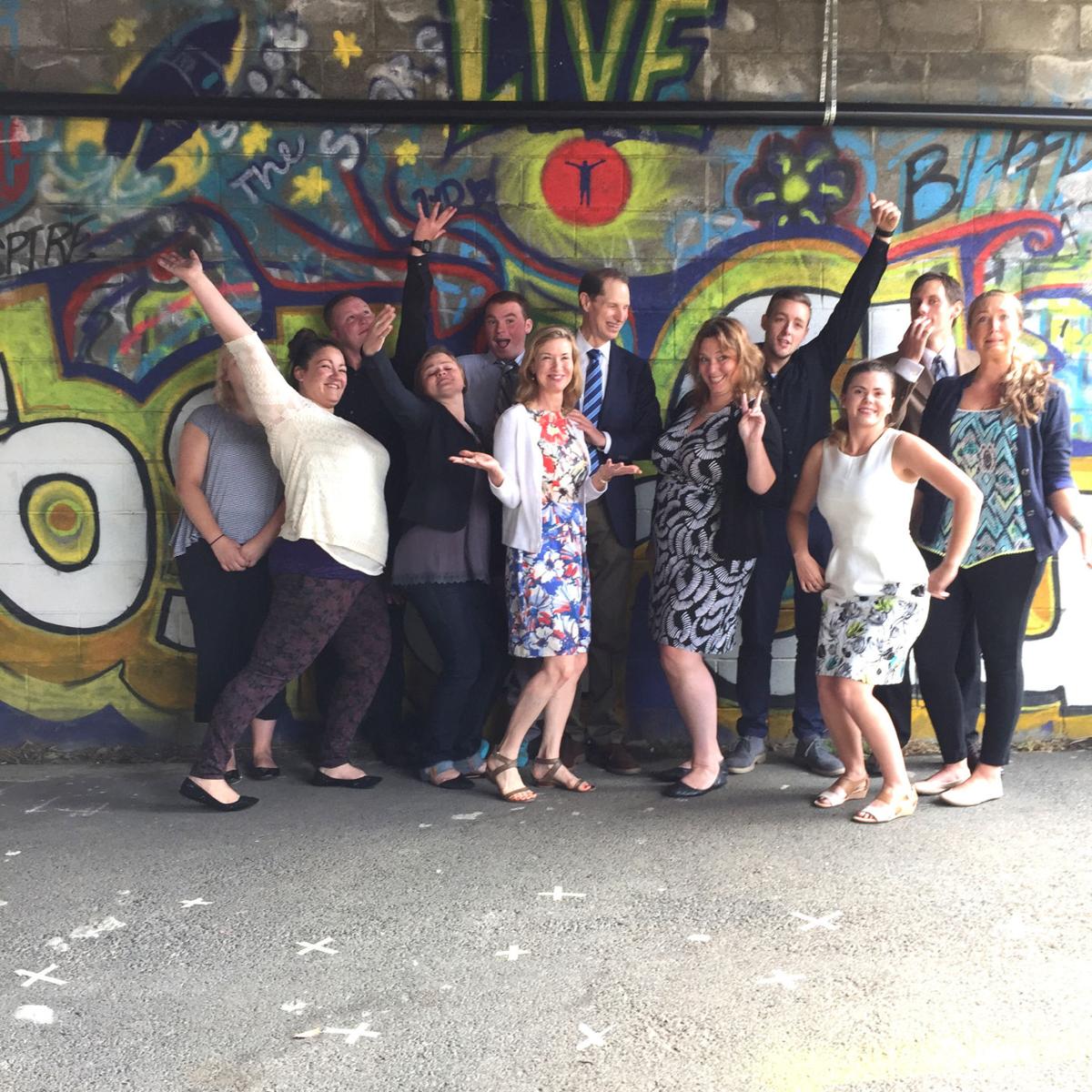 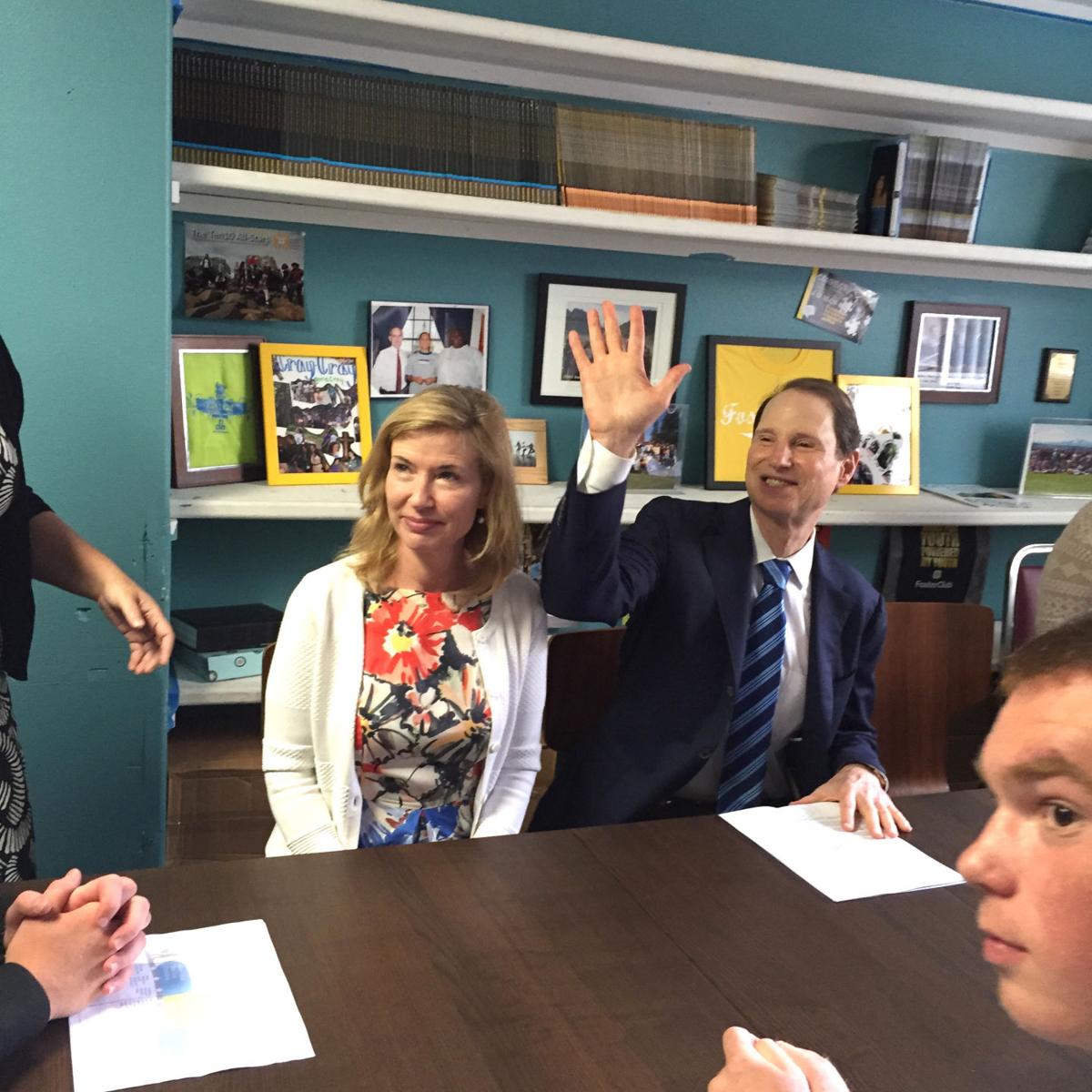 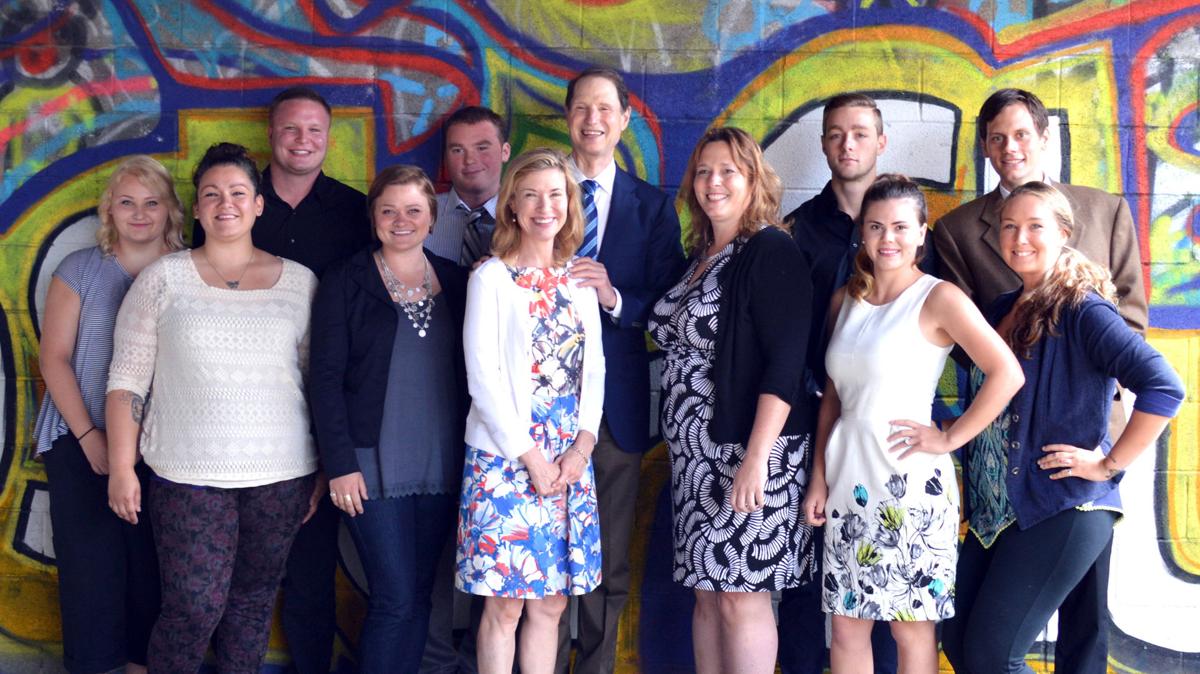 “It looks like this fall we’re going to be able to advance this bill,” Wyden, a ranking member of the Senate Finance Committee which oversees foster care, said. “In a tight budget environment it would be very hard to provide direct financial support, but the idea is that we provide young people ways to finance college, ways to secure housing and health care.”

The goal, he said, is to make sure young people leaving the foster care system don’t fall between the cracks in terms of housing, health care and basic necessities.

Wyden, whose wife Nancy joined him, chose Seaside to debut his foster care finance reform package because the city is home to FosterClub, the Seaside-headquartered national network for young people in foster care.

Nancy Wyden’s father and aunt had both been in foster care, her father from age 5 to 12 and her aunt from 13 to 15, she said.

“I want you guys to pretend you’re in my shoes,” Ron Wyden said. “I’d be interested in hearing what you would be working with you if you were in my shoes.”

Royce Markley, 22, who spent nine years in Oregon and Washington foster care systems, said he had received little or no information on financial aid before entering Linn-Benton Community College. “That put a lot of strain on my life and my education,” he said.

Ashlee Foster-French, who spent four years in Oregon’s foster system, said foster children faced obstacles setting up bank accounts, budget and finance. “Identifying the problems we have is an important place to start,” she said.

“We get labeled,” Foster-French said. “We have to fall into a category to receive medication. I’m a mother of three, and every time I’ve gone in to give birth, they bring up my past medical history. It’s very upsetting.”

Elbert Belcher spent 21 years in Kentucky’s foster care system. He urged preventive services, including counseling, transportation and assistance for families and parents on board to take before children are placed into the foster care system.

“I’d like to focus on the sibling connection,” Belcher said. “I haven’t seen my two younger brothers for six or seven years because they’ve been readopted after our unfortunate abusive adoption. I think it’s inhumane not to have communication with your siblings if they’ve been adopted in a closed adoption.

“With anyone in this room, regardless if it’s a five-star hotel, a garbage bag for luggage, a bed on the floor, if we feel a part of something, or valued in some way, we’ll see better outcomes,” he added.

Others told Wyden about frequent placements, bullying, abuse from some foster families and lack of contact with overburdened case workers, many of whom are untrained in youth engagement.

“I think there’s a powerful moral case for every youngster to be able to have a safe option in these kind of situations,” Wyden said. “Even if you don’t share my idea for the morality, you should be for what we’re talking about because it is so much more attractive financially than what we’re going to pay for picking up the pieces, in the welfare system, the law enforcement system, post-traumatic stress and drug addiction.

“I think there are now Democrats and Republicans who are prepared to say that,” Wyden said. “There’s an excellent possibility of getting something done here. And getting it done in the fall. I think we’ve got an opportunity that doesn’t come along very often. We’ve got some new momentum to fix these concerns that these young people are talking about.”

Q: What is the purpose of today’s visit?

Bodner: We work with Sen. Wyden a lot in Washington, D.C., so his office called last week and asked if they could visit our office. The senator nominated me for an award. Part of this is recognizing that. The other is, he has just introduced a potentially landmark bill that will improve how services are offered for kids in foster care, and he’s going to talk to some of our young people about that.”

Q: Have you worked with Sen. Wyden before?

A: We bring young leaders to Washington, D.C., to help inform public policy. He’s been meeting with young leaders for 10 years. We have a great relationship with his office.

Q: How does the Family Stability and Kinship Care act work?

A: The federal financing structure has been broken for a long time, and the way federal funding has come down has caused a hardship to young people, in that federal funding didn’t kick in until kids entered foster care. And stopped the minute they left foster care. This new bill would make funding more flexible and allow states to use federal funding to prevent kids from needing to go into foster care in the first place, and also provide services after they leave foster care to adoption or a legal guardianship. This would provide support to these kids too.

Q: What kind of preventive services are you proposing, and why is that important?

A: We believe reducing the number of kids entering foster care, if we can provide services for the family, if the family is struggling with homelessness, or addiction, or mental health, to provide upfront services to the family so the child doesn’t have to experience the trauma of going into a foster home. If we reduce the number of kids who come into foster care the system, we will have more capacity to manage those kids and put them in good, healthy places.

Q: Do you think the Family Stability and Care Act will pass?

A: As advocates we’ve been pressing for something like this for five or six years, there’s been a big drumbeat for it a lot of national advocates are really pressing for it. We’re very pleased to have Sen. Wyden in such a strong position.

Jill Biden on Trump smears: 'What else does Trump have?'