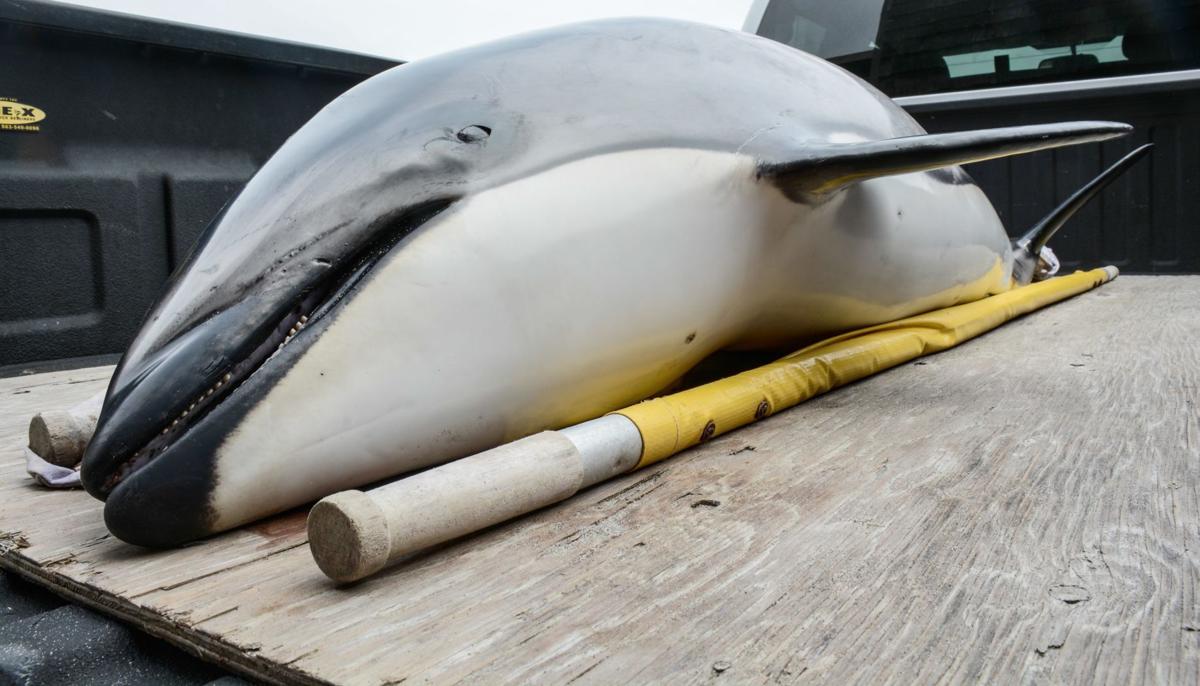 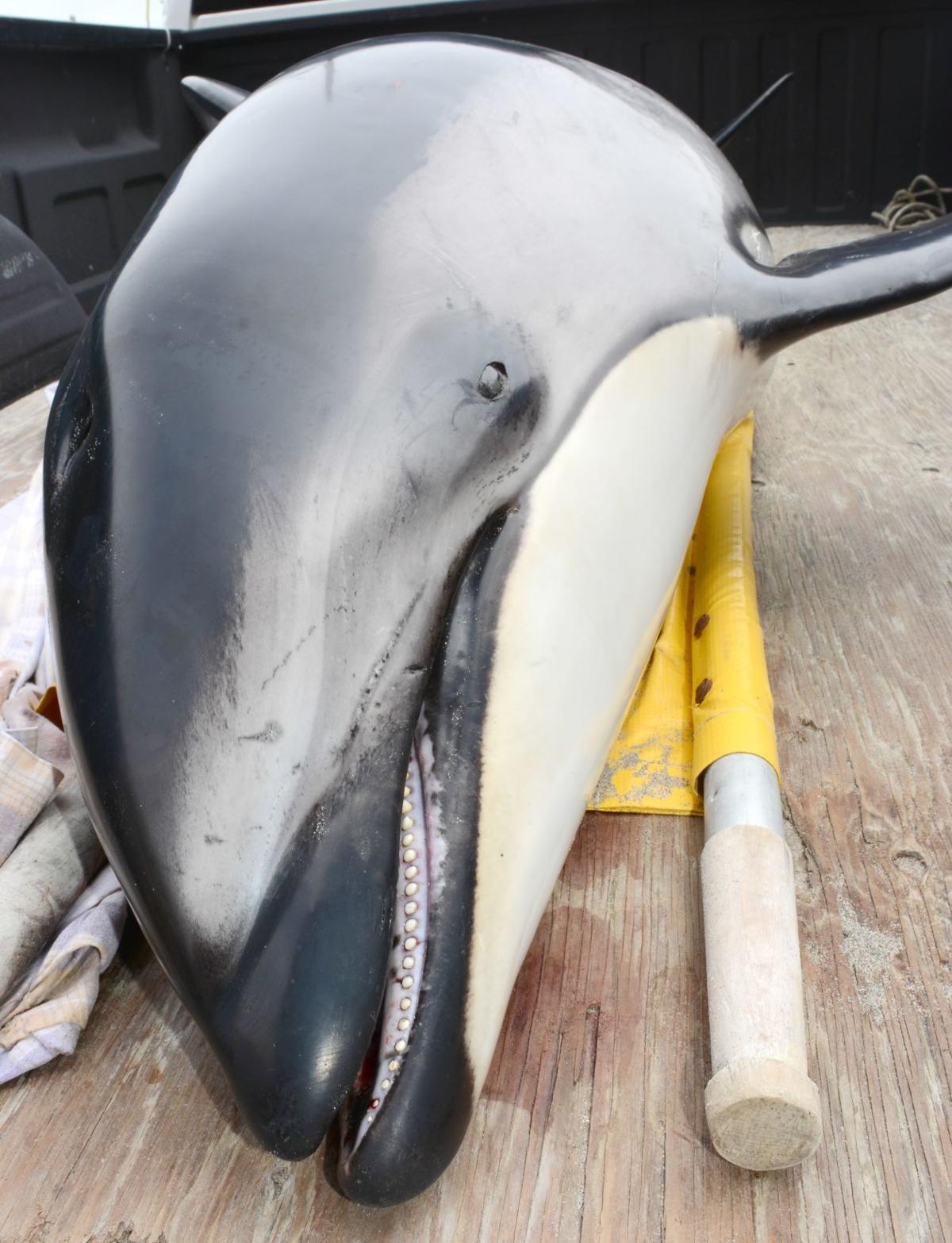 The dolphin had died before washing ashore. Seaside Aquarium staff recovered the animal.

Marine mammal experts from Portland State University were scheduled to perform a necropsy Thursday to see if they can determine the cause of death, Seaside Aquarium General Manager Keith Chandler said. The results are expected in the next few days.

There was no noticeable cause of death, Chandler said, and external observations suggest this may have just been an old male who died of natural causes. The dolphins teeth were “really worn,” which is a sign of age, Chandler said.

Pacific white-sided dolphins are known for their exuberant behavior, leaping out of the water, belly-flopping, somersaulting and riding the bow waves of boats. They can live for a little more than 40 years. Although they are an offshore species, the dolphins will sometimes venture closer to shore. They are endemic to the northern Pacific Ocean, ranging from the Aleutians down the west coast to the tip of Baja California.

The aquarium works with the Oregon Marine Mammal Stranding Network to recover animals that have washed ashore, both alive and dead. They do not see many white-sided dolphins on the shore – on average about three per every two years – because they stay farther out in the ocean, as compared to other marine mammals, such as harbour porpoises, Chandler said. They can be seen swimming more often, but if something happens to them, he said, they usually don’t make it all the way to shore, instead sinking toward the ocean floor.

“These aren’t that common,” he added.

One of the aquarium’s main goals in responding to incidents is to educate the public.

“When we’re out there working on these animals, people often will stop and ask questions, so it’s good to inform them,” Chandler said.

How the Iowa caucuses work