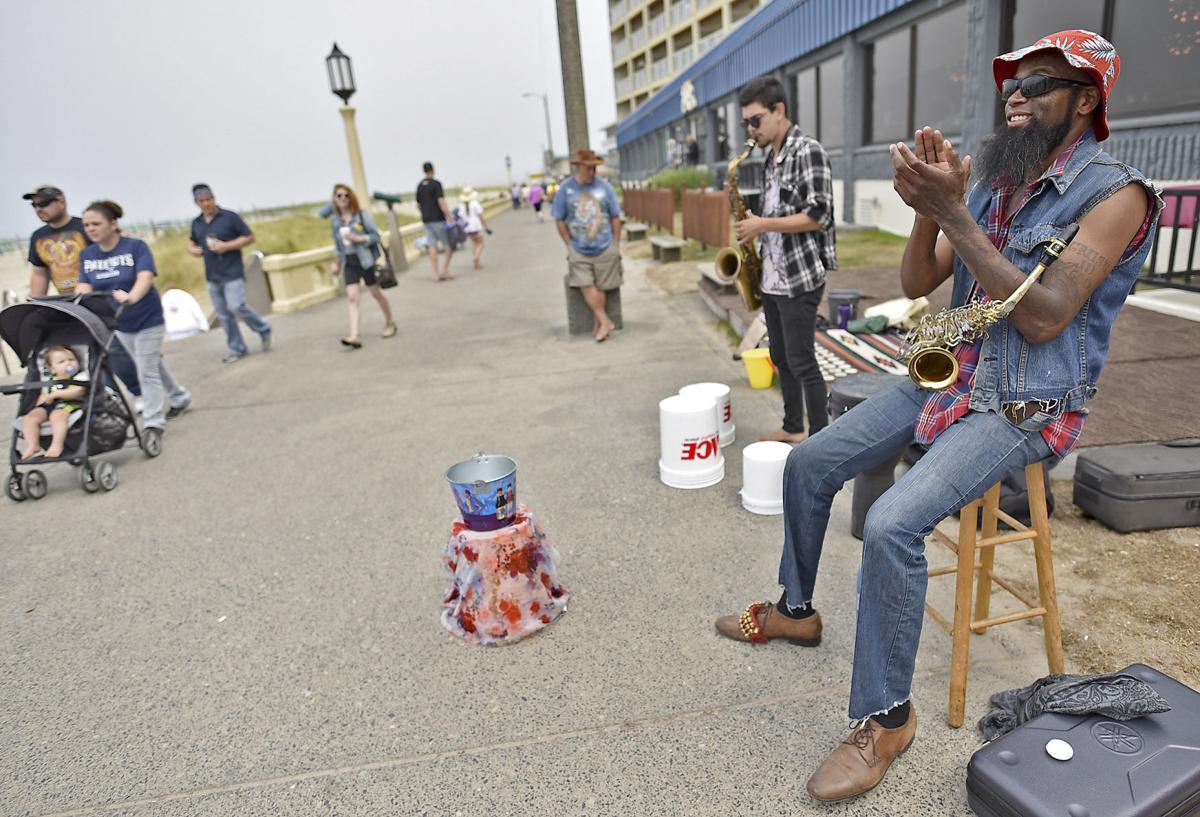 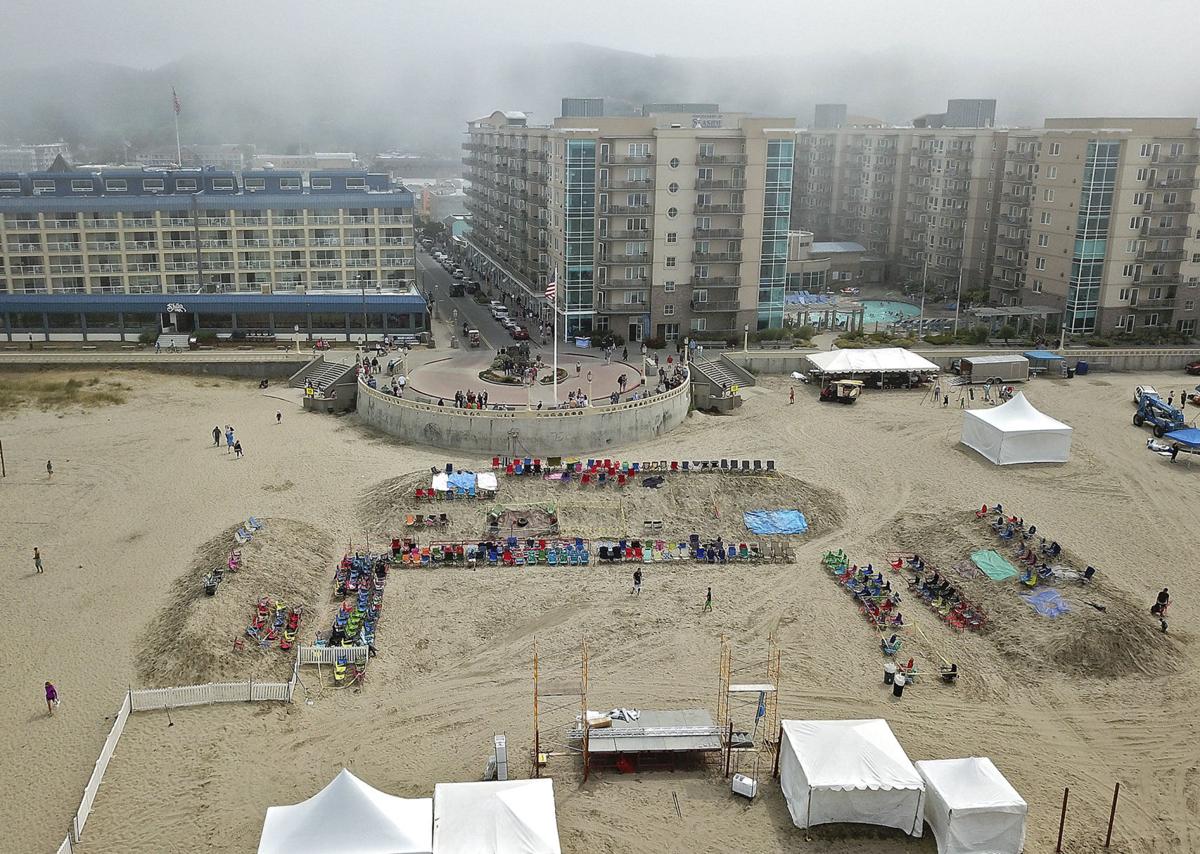 Visitors to Seaside start to gather for the annual volleyball tournament this week, one of the larger draws of the season for tourists. 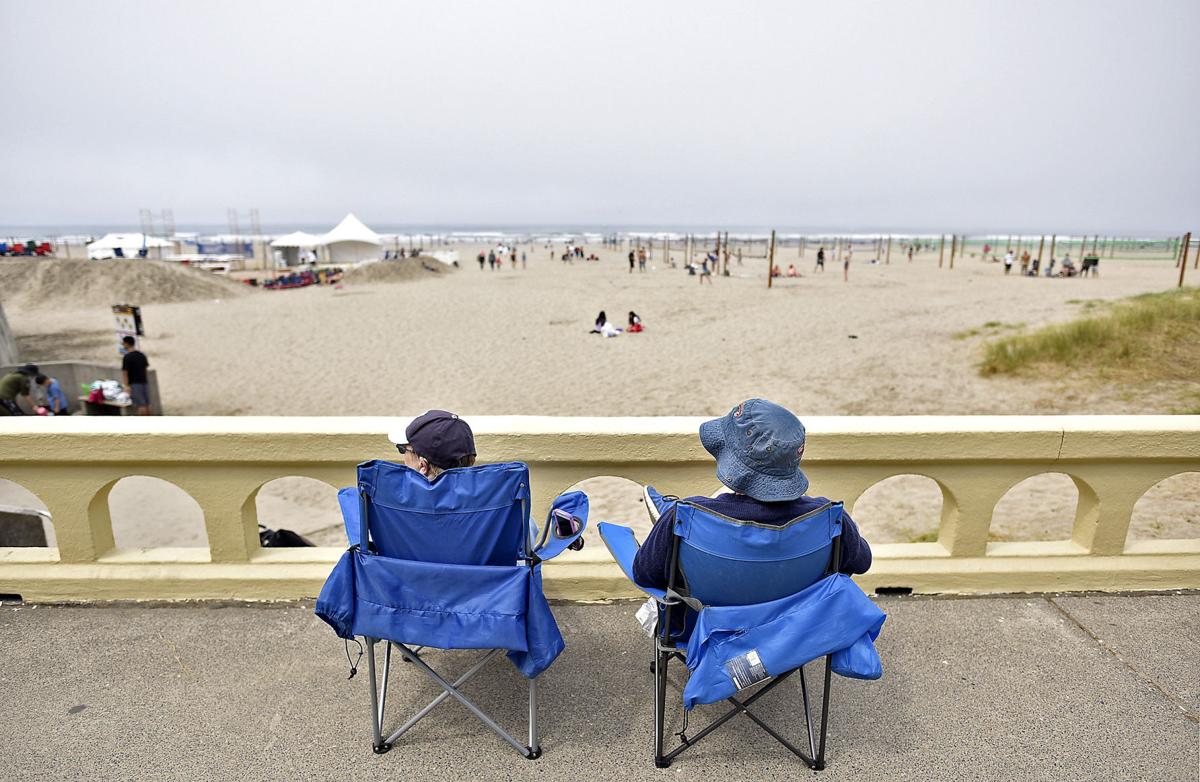 Paul and Rosalie Lankow, tourists from Hillsboro, enjoy the cool weather in Seaside as people set up for the annual volleyball tournament on the beach. 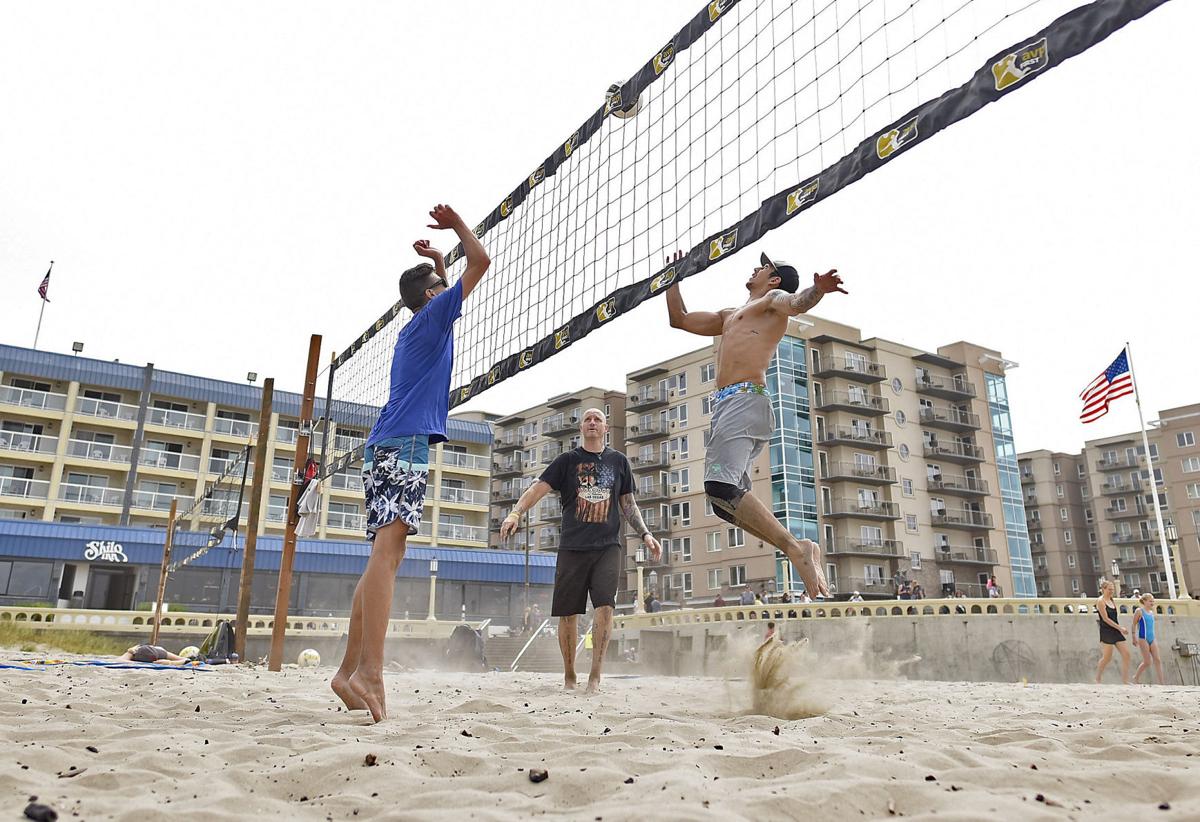 Players warm up for the annual volleyball tournament in front of a row of hotels lining the Prom in Seaside.

Visitors to Seaside start to gather for the annual volleyball tournament this week, one of the larger draws of the season for tourists.

Paul and Rosalie Lankow, tourists from Hillsboro, enjoy the cool weather in Seaside as people set up for the annual volleyball tournament on the beach.

Players warm up for the annual volleyball tournament in front of a row of hotels lining the Prom in Seaside.

At the height of summer, it is easy to believe every Oregonian has found their way to the Oregon Coast.

But while figures from the 2018 Oregon Travel Impact report show tourism spending has increased, the number of visitors staying in hotels and rentals dipped slightly on the Oregon Coast, dropping about 1.3 percent between 2016 and 2017. The decline on the North Coast was 1.7 percent.

The pattern contrasts with the state overall, where visitor volume increased by 2.2 percent, according to the study by Dean Runyan Associates.

Flattening visitor volume should not be seen as an issue for the tourism industry, said Leon Aliski, the company’s project manager. Total destination spending grew 2.2 percent to nearly $2 billion on the Oregon Coast in 2017. On the North Coast alone, visitor spending on accommodations increased from $190 million to $197 million in one year.

Many local lodging operators have yet to feel any impacts from fewer visitors, with many reporting 2017 as an exceptional year.

So how does spending continue to grow when the number of people booking rooms is stagnant?

Ideally, the industry would seek higher occupancy and growth in room rates simultaneously, Aliski said, but seasonal dips on the coast make this a challenge. With high demand, it is often easier to increase room rates during the peak season than to entice visitors to travel during the off-season when occupancy rates are lower — even with lower room rates, he said.

Higher rates for hotel rooms could be having a discouraging effect for some visitors, said Marcus Hinz, of the Oregon Coast Visitors Association. But part of the stagnation may just be a sign new lodging is not being built to match growth, with many small towns, like Cannon Beach, already built out.

“When you look at the coast’s rate compared with the rate of growth in Portland, one might think we’re not doing well,” Hinz said. “But Portland is building new hotels left and right; they have more rooms online to be booked, which would add to a rate of growth. On the Oregon Coast, I can only name one new property to come online in the last year.”

Hinz also noted that day-trippers contribute to general tourism growth but are not accounted for when looking at room nights.

Linea Gagliano, communications director for Travel Oregon, said the dynamic could also point to a different type of traveler. The growth in spending suggests the visitors who are here are destination travelers, who often travel in large groups, for longer periods of time and spend more on accommodations and local businesses during their stays. The coast has also seen international visitors increase by 5.9 percent in recent years — another group which tends to stay longer and spend more.

“What matters to us is that businesses are getting visitor spending, and we are seeing that,” Gagliano said.

Whatever the factors may be, the numbers could be pointing to the region reaching a certain capacity during peak summer months, Aliski said. “If they are running at a high occupancy at peak season, then the opportunity for growth is not going to be during the time period when most people are choosing to be (on the Oregon Coast),” Aliski said. “There’s plenty of capacity to grow the industry, but maybe just not in the peak time of the year.”

This view is in line with efforts already in motion by Travel Oregon and the Oregon Coast Visitors Association to focus marketing dollars on encouraging travelers to visit – and pay for a room – in the off-season.

“Any substantial growth is going to come from the off-season,” Hinz said.

He owns 3 pro sports teams all currently playing in bubbles