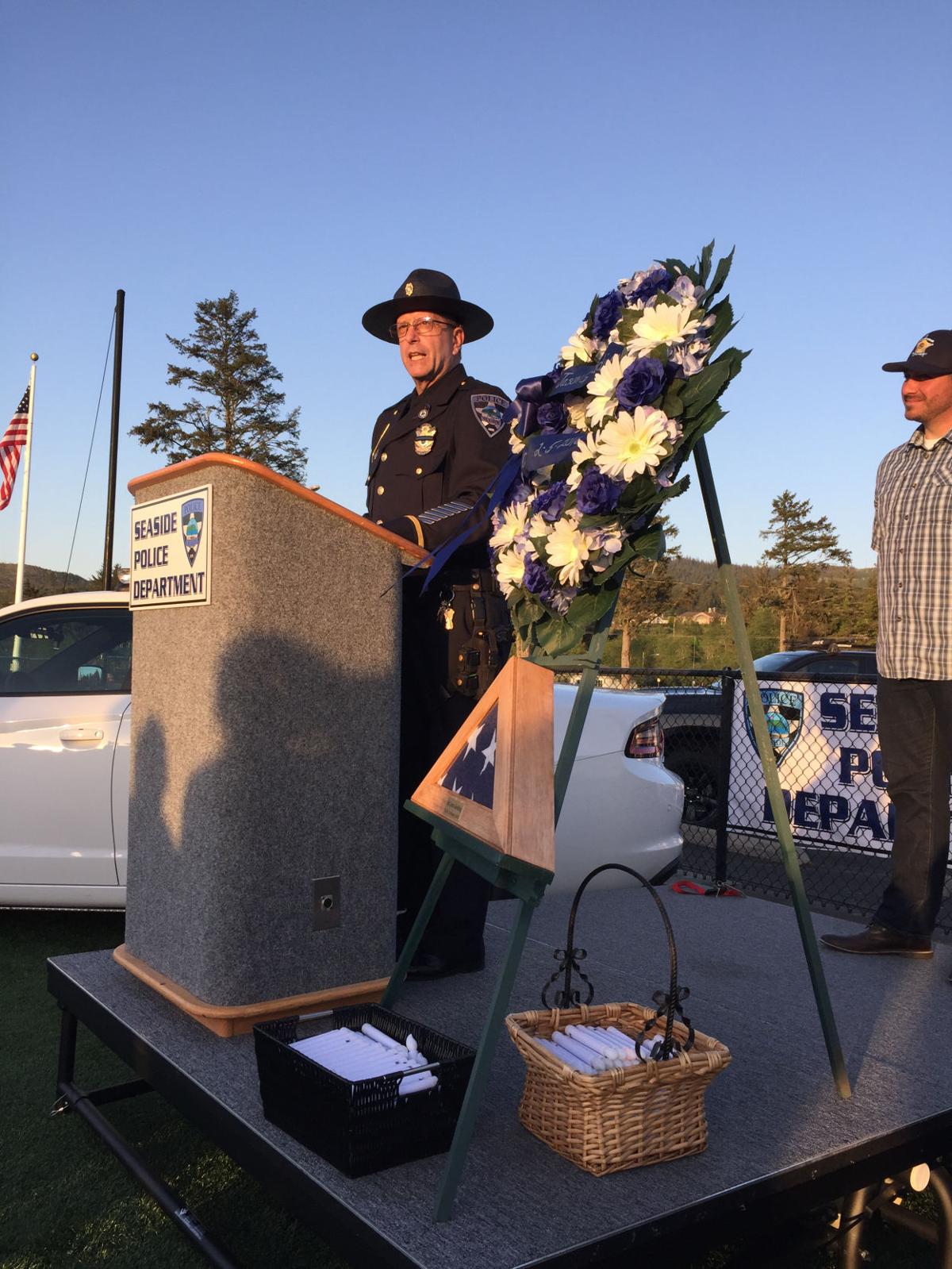 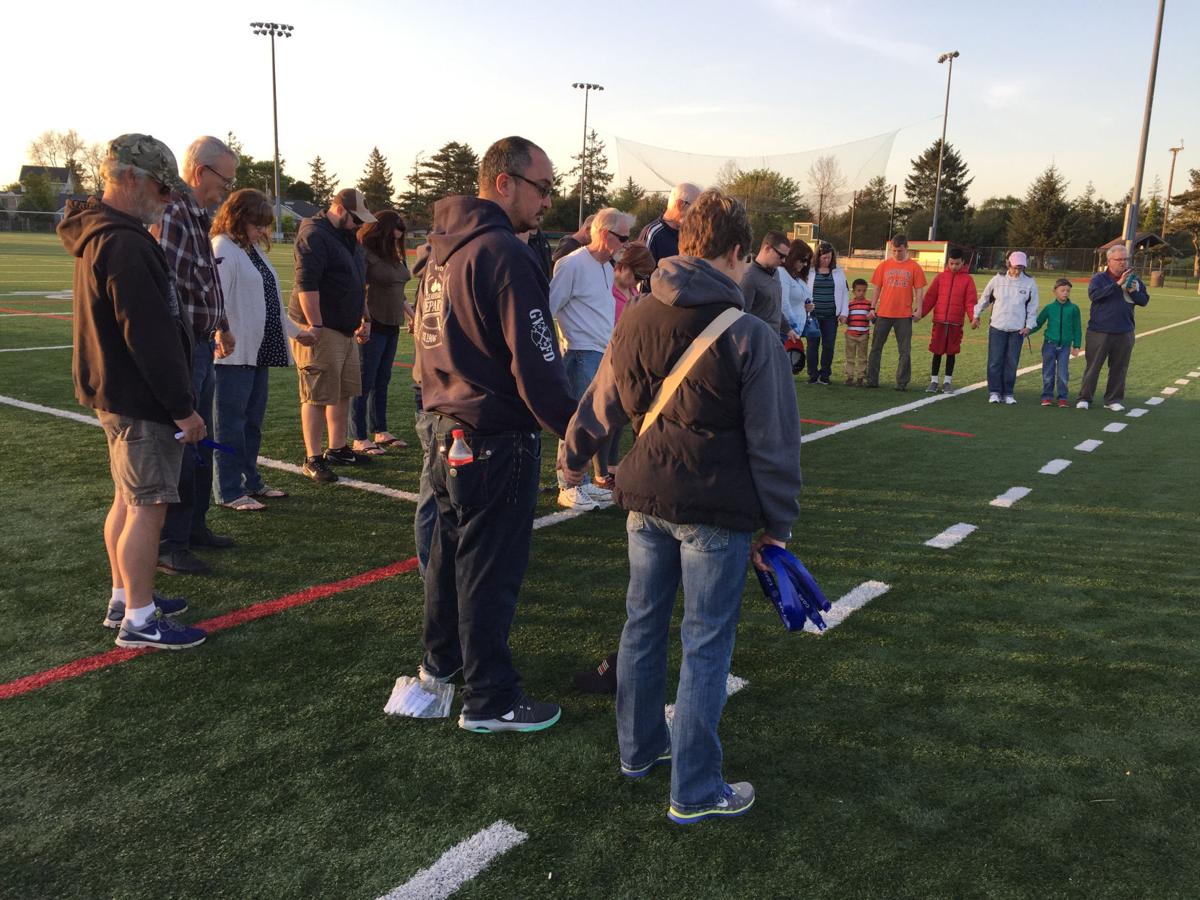 Holt was joined by chaplain Andy Klumper at the candlelight ceremony on Sunday, May 6, at Broadway Park. Residents, police officers and visitors stood in the twilight vigil.

“Tonight’s event is to commemorate the starting of National Police Week,” Holt said. “Tonight, in Washington, D.C., they have a candlelight vigil, and in Seaside, with the recent loss of Jason Goodding and other officers, we’ll be doing a roll call of officers who have made the ultimate sacrifice.”

The annual remembrance began in 1962 when President John F. Kennedy signed a public law that declared May 15 as National Peace Officers Memorial Day and the calendar week in which May 15 falls as National Police Week. The annual tribute to law enforcement service and sacrifice includes ceremonies throughout the week in Washington, D.C. The 129 national deaths in 2017 followed a year in which 159 lives were lost.

“It’s a continuing effort to make sure fallen offers across the nation, as well as in Oregon, are remembered and never forgotten,” Holt said. “We take time out to pause and reflect on a life that was taken and what that means to other survivors, family, co-workers and friends.”

Seaside Police Chief Dave Ham said the event was an opportunity to remember the fallen officers who are gone. “We’re trying to honor those who gave the ultimate sacrifice,” he said. “It’s a very special meaning to the department and me personally losing Jason over two years ago. It means everything. It’s a time to come together.”

The 183 who have died while serving in Oregon are recognized each May at the Oregon Fallen Law Enforcement Memorial in Salem.

Memorial Day stands as a remembrance of men and women in the military fallen in war.

The Legion Riders raise the flag on the Turnaround at noon.

The 56th annual Gearhart Fireman’s Ball and Game Night takes place at the firehouse, 670 Pacific Way, on Saturday, May 27, from 8 a.m. to midnight, offering music, games, beverages and more. Tickets may be purchased at the door.