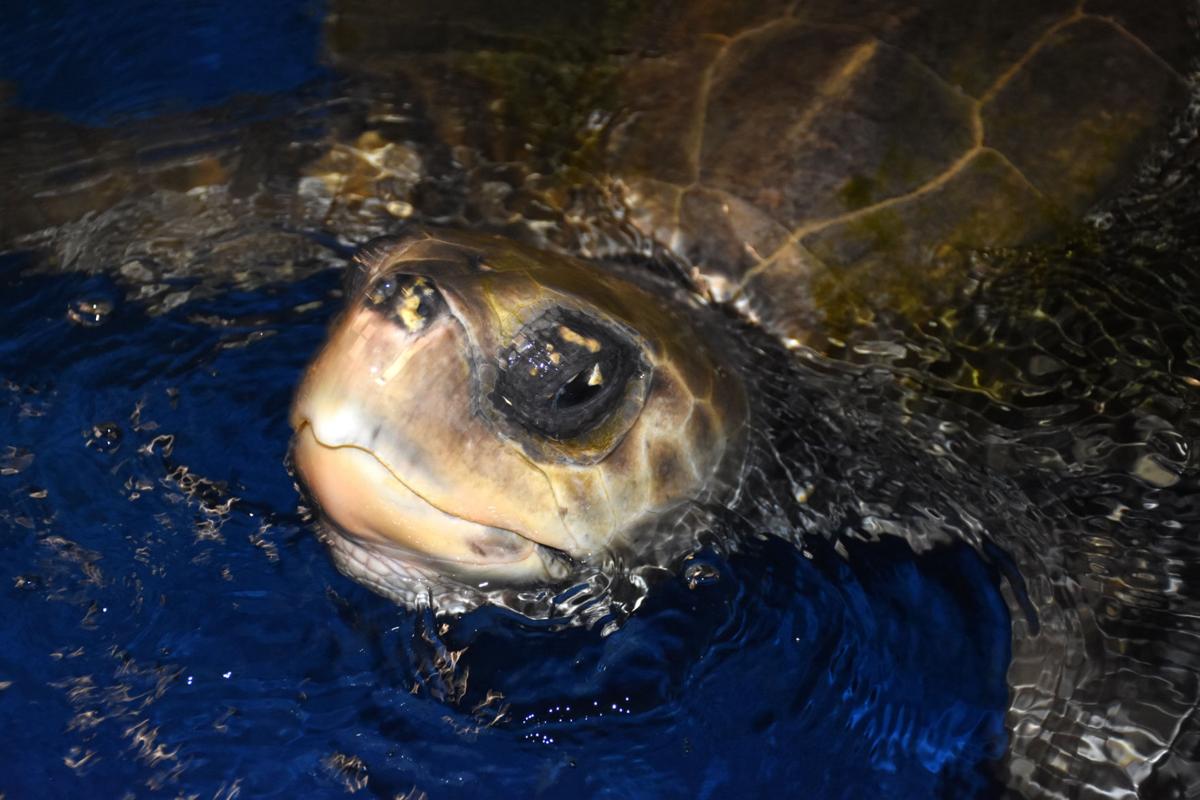 Thunder recovers in her rehabilitation pool at the Oregon Coast Aquarium in Newport. 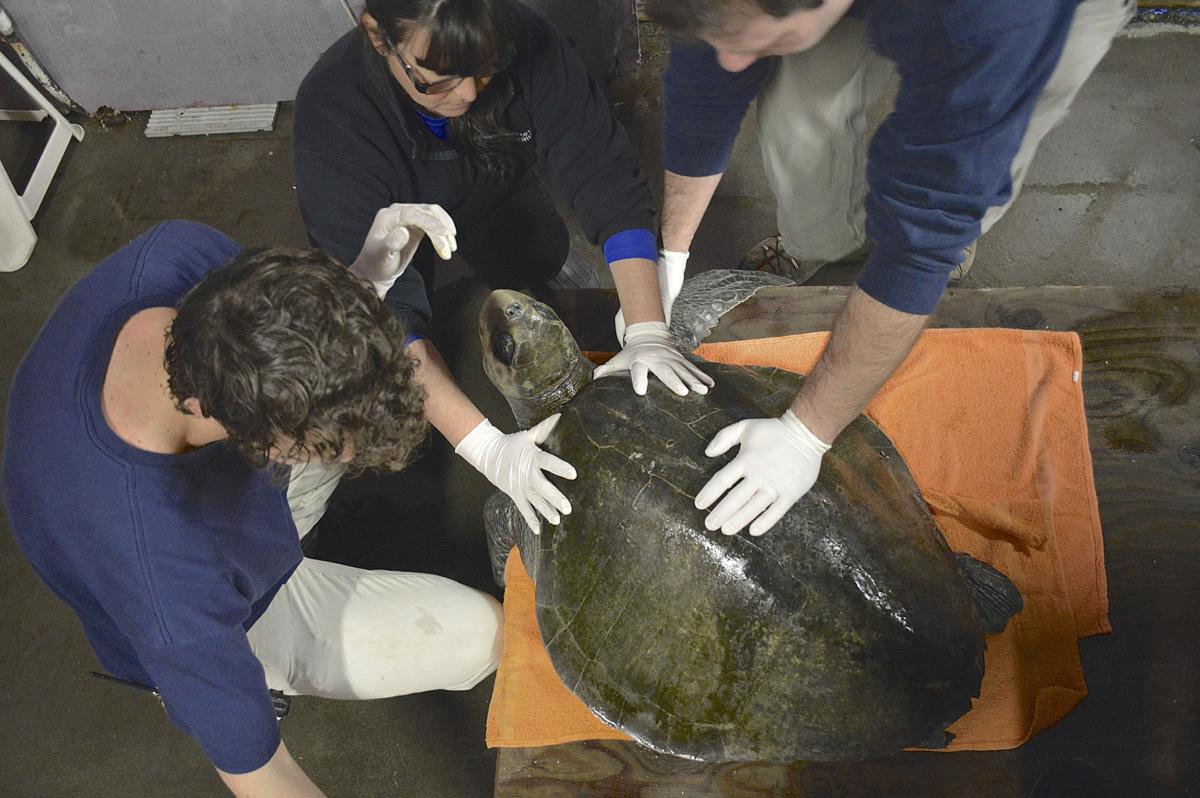 A rehab team at the Oregon Coast Aquarium in Newport examines Thunder, an olive ridley sea turtle who washed ashore in Gearhart in December.

Thunder recovers in her rehabilitation pool at the Oregon Coast Aquarium in Newport.

A rehab team at the Oregon Coast Aquarium in Newport examines Thunder, an olive ridley sea turtle who washed ashore in Gearhart in December.

SEASIDE — It’s been a rough year for sea turtles, especially for the endangered olive ridleys. But for two turtles rescued after winter storms, a happy ending is in sight.

After treatment at the Oregon Coast Aquarium, Thunder and Lightning are headed to SeaWorld in San Diego. They will be escorted by the U.S. Coast Guard and a rehabilitation team Wednesday.

Thunder and Lightning were found comatose, hypothermic and malnourished following two large storms that hit the Oregon Coast in December.

Lightning was found in Pacific City and Thunder washed ashore in Gearhart.

”We had a series of strong winter storms and they can strand for a number of reasons,” Lance Beck of the Oregon Coast Aquarium said Monday. “But typically when we see them, they’re hypothermic.”

As turtles become hypothermic, their metabolism slows and they go into a state where they’re alive but would almost appear dead if found, Beck said. “That’s why it’s critical that they get into care as soon as possible.”

Beck said it’s a slow process of raising the animal’s temperature no more than 1 to 2 degrees per day.

Thunder — the Gearhart turtle — is one of the larger and stronger turtles to come through the Newport aquarium, he said.

The U.S. Fish and Wildlife Service and U.S. Coast Guard will fly Thunder and Lightning back to warmer waters as part of a training mission.

The trip was originally scheduled for earlier this month, but had to be delayed due to aircraft scheduling issues.

The mission to San Diego is being included in Coast Guard drills as an opportunity to train for other emergency situations that could involve not only animals in distress, but also passengers requiring critical care.

After Thunder and Lightning leave Newport, they will complete their rehabilitation at SeaWorld San Diego, preparing for release later this summer.

“Once they’re at good enough health, we like to get them back down south where their native waters are,” Beck said. Beck said he anticipated Thunder and Lightning would spend three to four months at SeaWorld before being ready for release into the sea.

Two more turtles, including the renowned “Tucker the Turtle” found in Tolovana and treated at the Seaside Aquarium, are undergoing treatment by the Seattle Aquarium and the Vancouver Aquarium in Canada and will also be transported south in the coming weeks.

At least six other sea turtles succumbed to the elements and stranded on Oregon, Washington, and northern California beaches this winter.

Many sea turtles are considered vulnerable to changing climate and tidal patterns.

This year’s El Niño brought many more turtles out of their traditional migration patterns, Laura Todd, Newport field supervisor for the U.S. Fish and Wildlife Service, said in December.

“It’s why there’s so much effort,” Beck said Monday. “Because every one of them can still contribute to the recovery of that species.”

Chris Wallace to Trump: Where is your health care plan?