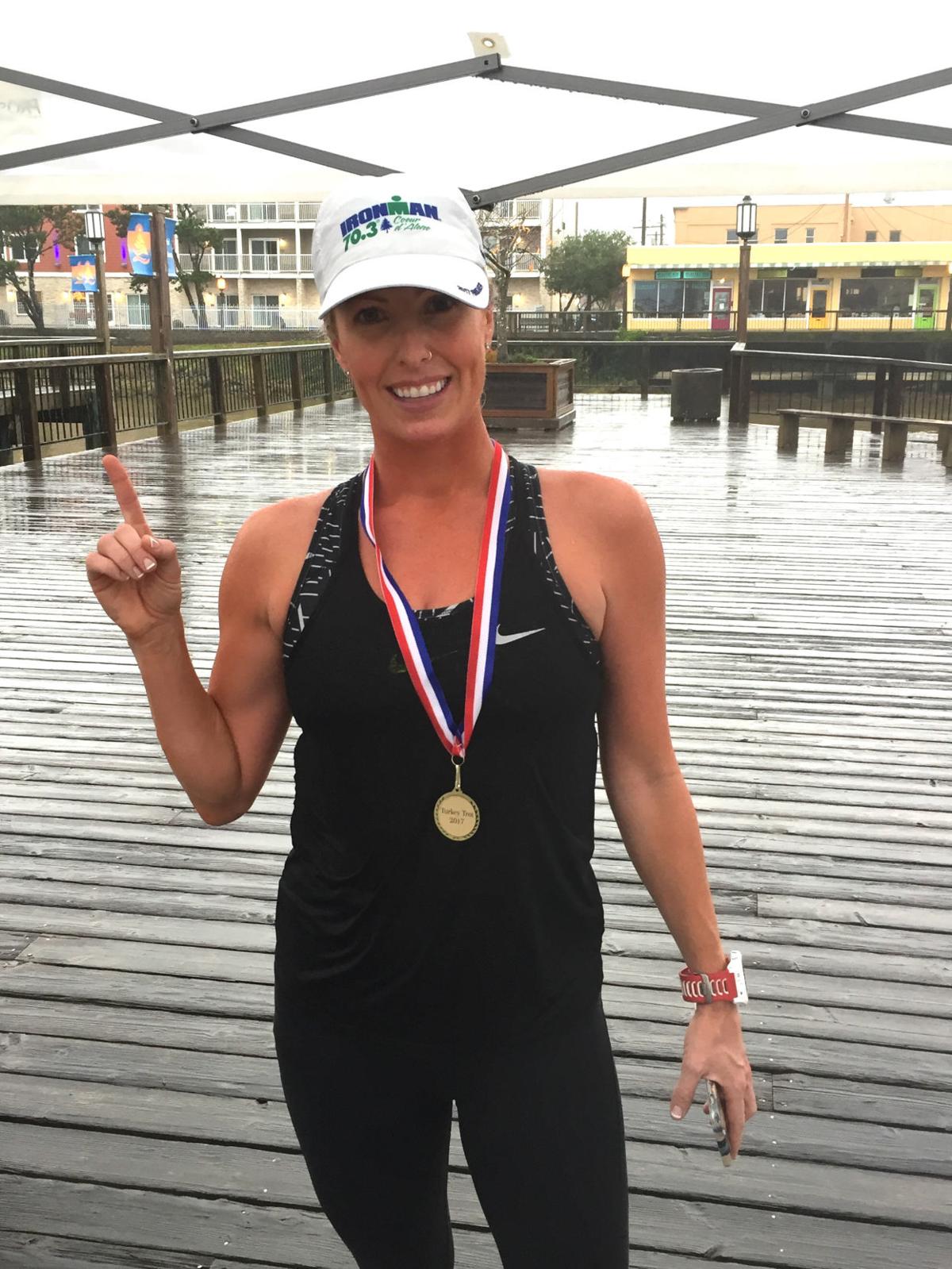 Women's race winner Ginny Meadway of Seaside finished with a time of 19:55. 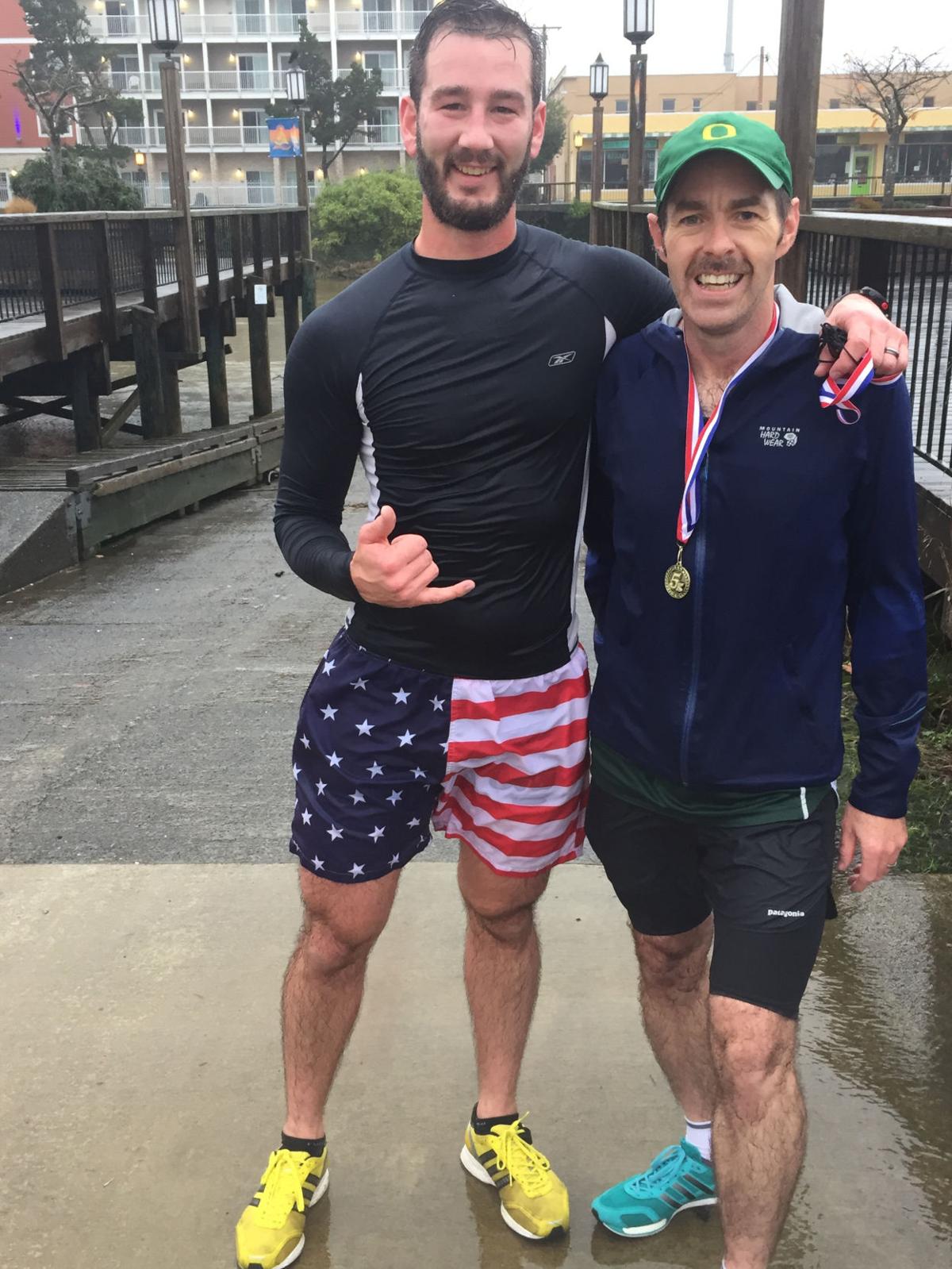 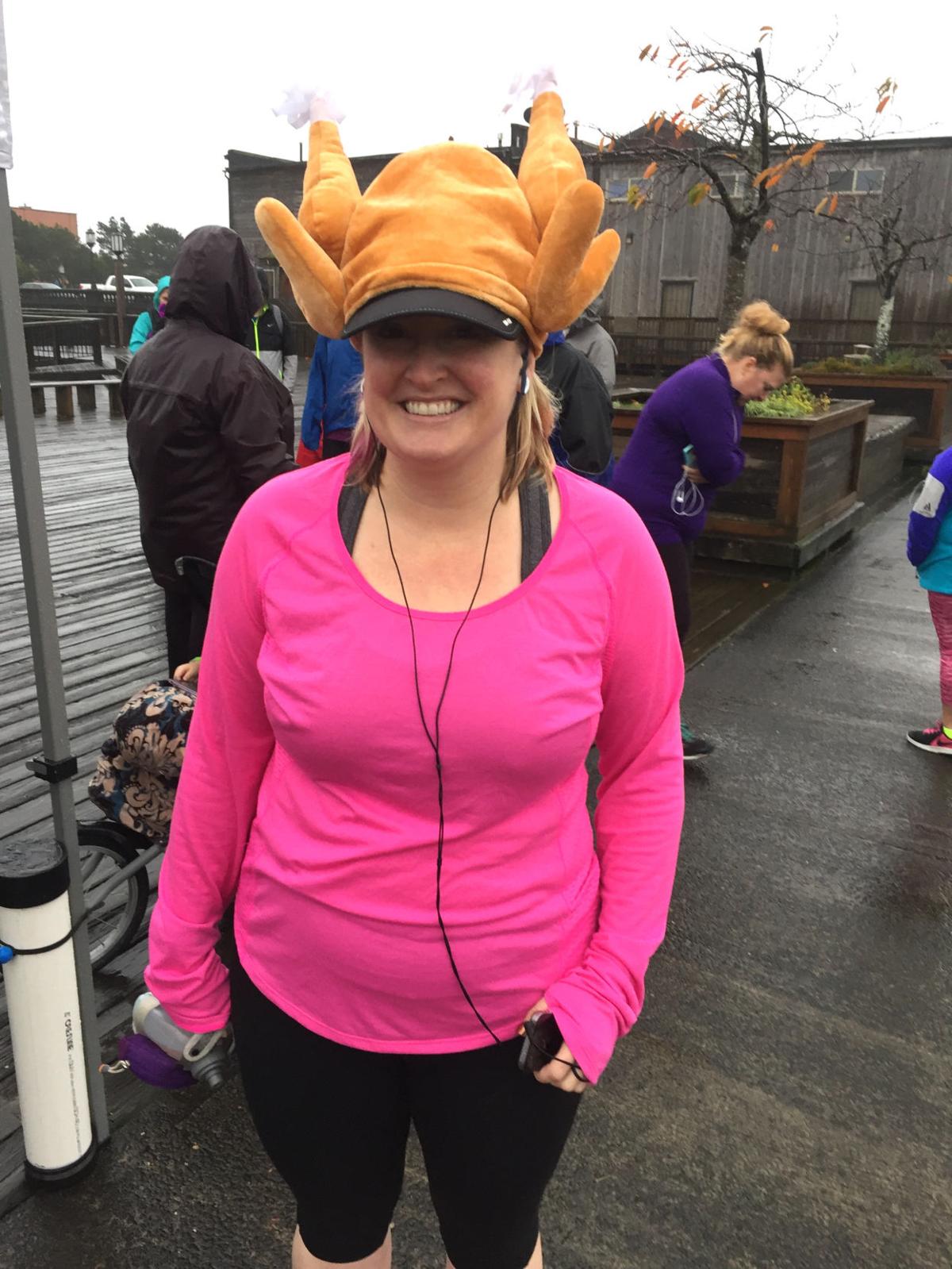 Ashley Verhulst of Gearhart ready to run with holiday apparel. 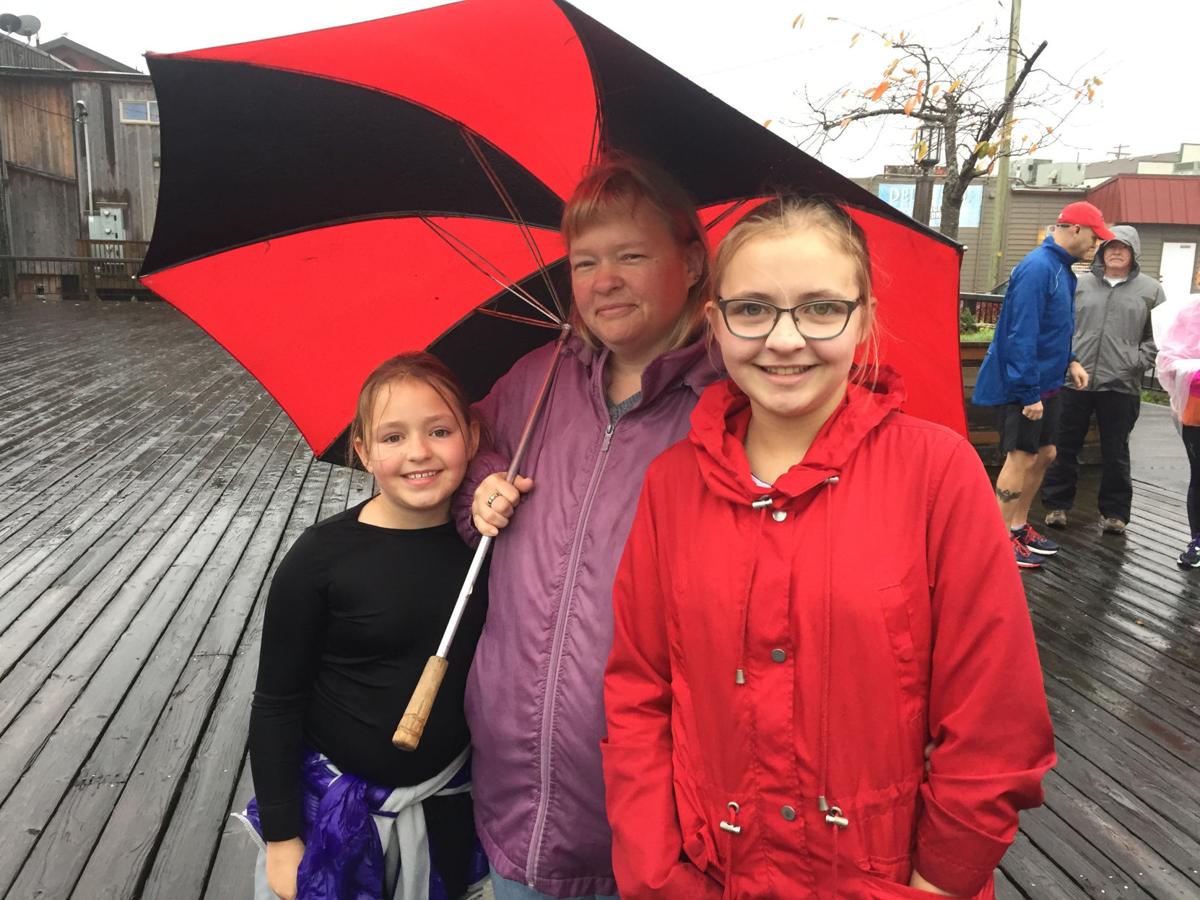 Lydia, Traci and Hannah Tingley before the race. 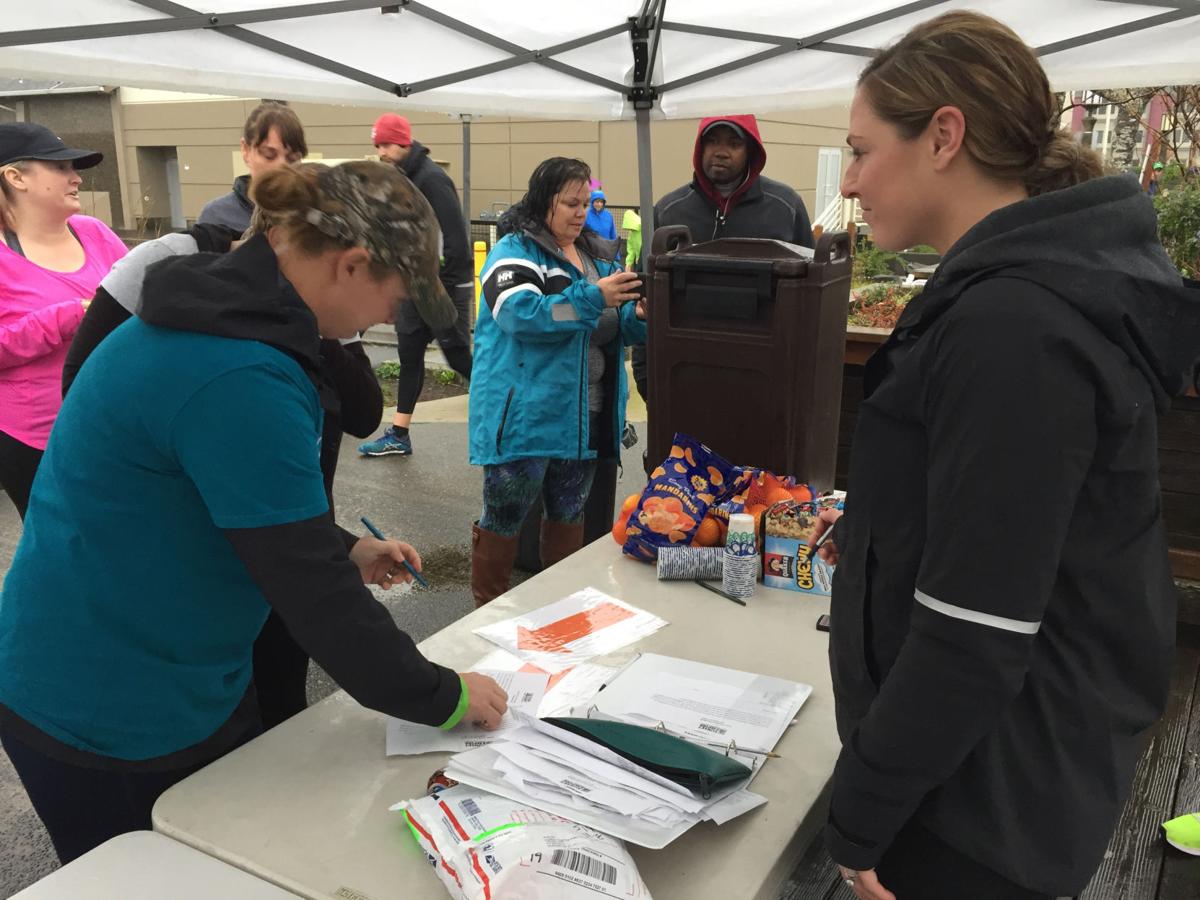 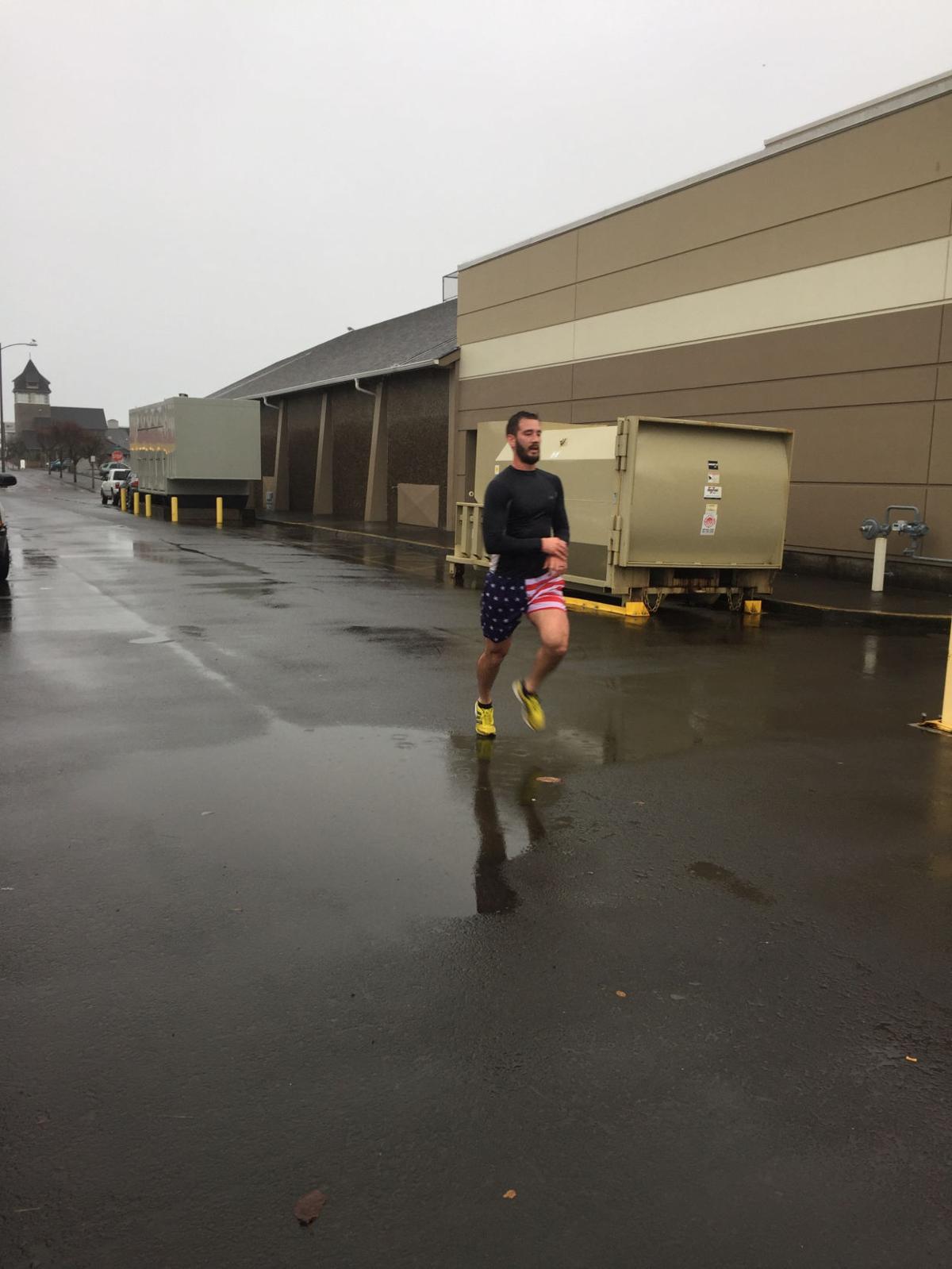 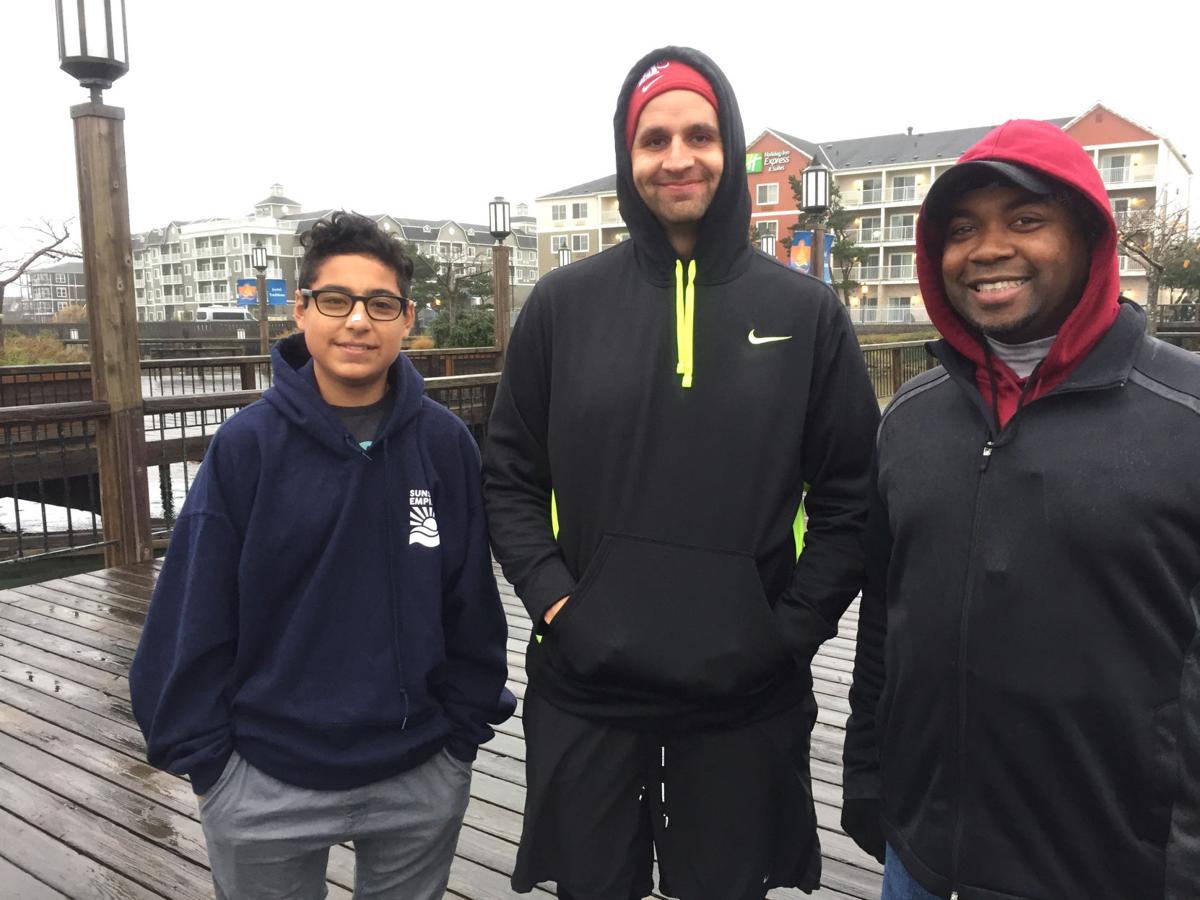 Women's race winner Ginny Meadway of Seaside finished with a time of 19:55.

Ashley Verhulst of Gearhart ready to run with holiday apparel.

Lydia, Traci and Hannah Tingley before the race.

A little rain wasn’t about to keep anybody away.

Applause and cheers greeted runners and walkers who braved the elements in Seaside’s annual Turkey Trot, a 5K run from Quatat Park to the Prom, down to Avenue S, east to Edgewood and back to the park.

Formidable winds added to the challenge for runners.

“I thought it would slow them down, but I think it’s even almost more fun because it’s raining,” said Grace Smith of the Sunset Empire Park and Recreation District. “It’s a little more excitement.”

Sunset Rec Executive Director Skyler Archibald joined the cast of about 70 runners, his third year as a participant.

Out-of-towners included the Tingley family, who visit every Thanksgiving from Vancouver, Washington.

Lydia Tingley, 9, was running her first race. “I run in school,” she said. “I’ve done races with my friends.”

Denis Glenn of San Francisco came up to spend time with family over the holiday. He was running his second Turkey Trot.

Jim Simmons was visiting from Vashon, Washington. “We were looking for things to do and we found it on the website,” Simmons said. “I’m out for fun today.”

Local runners included Ashley Verhulst of Gearhart, dressed for the holiday with a turkey hat on her head. A “runner for fun,” this was her first Turkey Trot. She was slightly wary about the weather. “I like running in the rain — a little.”

Seaside Public Library Director Esther Moberg was suited up and ready, as was the convention center’s Katherine Lacaze.

Smith gave the starting signal and the runners headed toward the Prom, a few with barking dogs in tow. The rain and the winds picked up, turning the Turkey Trot into a turkey torrent.

Some 18 minutes later, Alex Van Slyke was the first to complete the circuit.

“It’s terrible for about the first two minutes,” Van Slyke said in the immediate aftermath. “You’re soaked to the bone. Then you get into the groove of things. After two minutes you don’t notice it one bit. Maybe the wind, but not the rain.”

Ginny Meadway of Seaside was the first woman to complete the race.

For Meadway, the elements were only a minor obstacle. When you’re a runner, “You run in everything,” she said.

Hear Trump's response to NYT story about his taxes