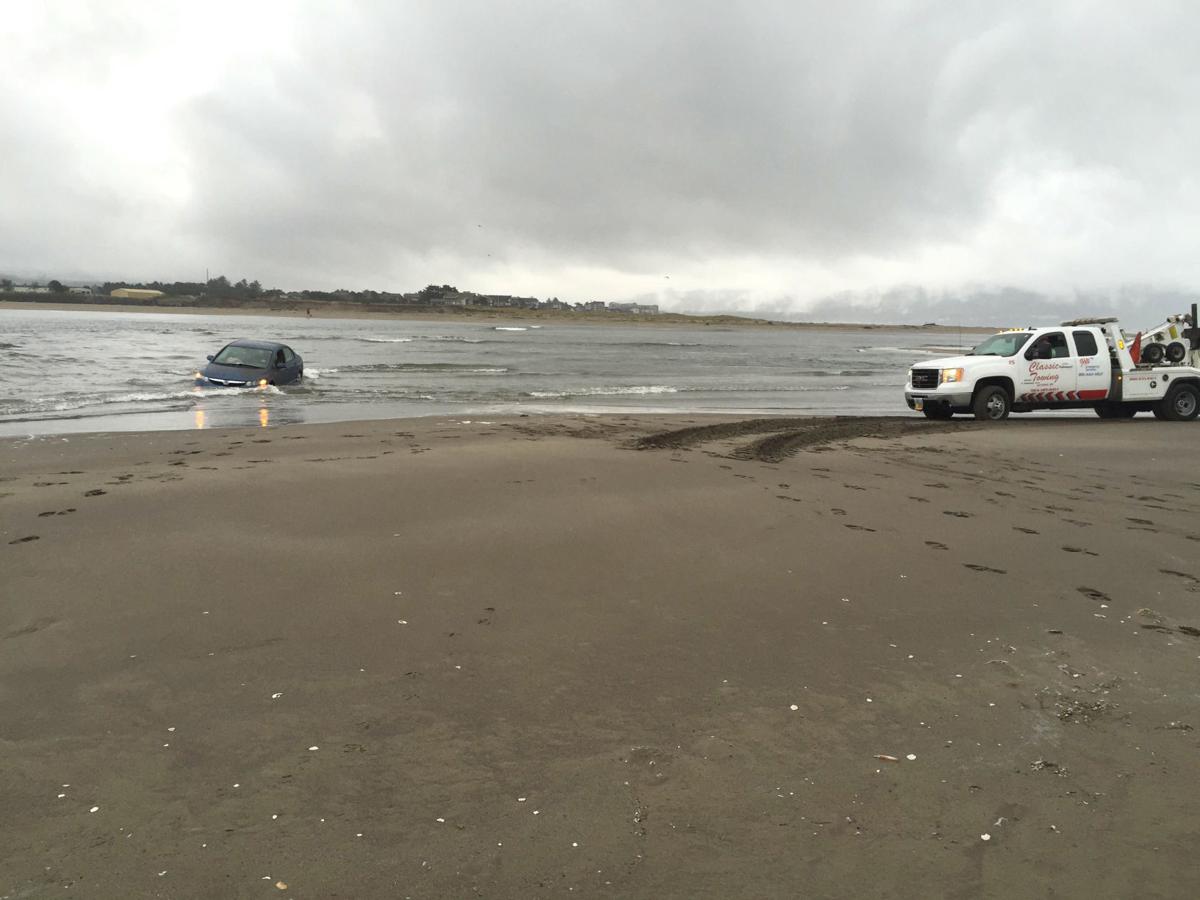 Classic Towing arrives on the scene to help out some travelers who got a car stuck in the ocean. 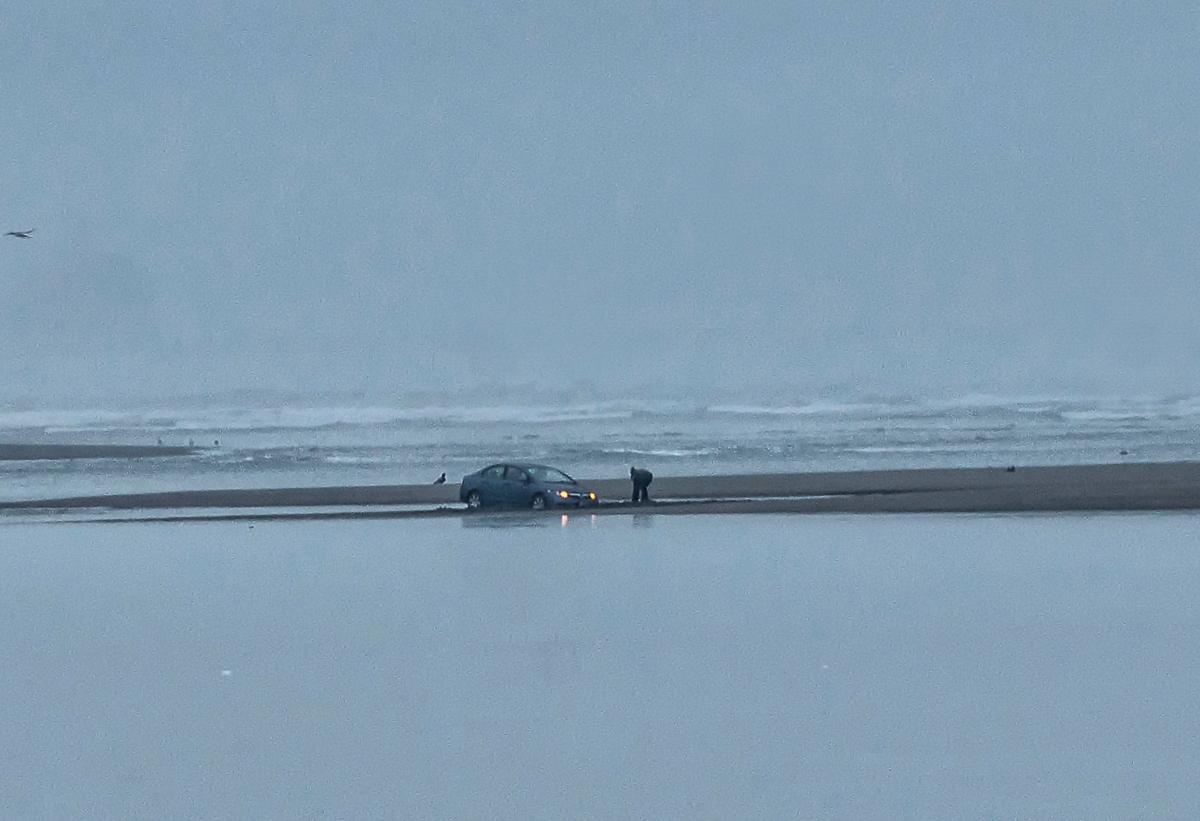 A car stuck at the end of the Gearhart spit Wednesday morning.

Classic Towing arrives on the scene to help out some travelers who got a car stuck in the ocean.

A car stuck at the end of the Gearhart spit Wednesday morning.

A few visitors got more than they bargained for early Wednesday morning when they took a drive along the beach in Gearhart near the Necanicum Estuary spit.

The car, a Honda Civic licensed in Virginia, got stuck in soft sand near the shoreline slightly before 6 a.m., when the first of numerous calls about the incident came in, Gearhart Police Chief Jeff Bowman said. The area where the car got stuck is off limits to vehicle access. Drivers are only permitted to drive as far south as the Pacific Way beach entrance.

The two passengers and driver said they were driving south on hard-packed sand in the rain and dark, Bowman said.

“They didn’t see any signs. They were just driving toward Seaside’s city limits,” he said.

When Bowman responded, the group declined his offer to help, as they thought they could dig the car out themselves. They were not in any physical danger, Bowman said.

When friends Gabe Guettich and Damien Jones arrived on the beach to do some fishing at about 8:45 a.m., they saw the car submerged in water and also offered assistance. Classic Towing, of Astoria, was arriving on the scene, however.

Cars get stuck in the sand often, Bowman said. He did not cite the driver because he agreed, “In this situation, there was no way they could see the sign,” especially considering the rain and darkness.

He encourages people who get stuck in the sand when they reach the estuary to email Oregon State Parks and complain about the signage, “because it is totally inadequate.”

“If you’re coming from Del Ray or Sunset, you’ll never see that sign. Ever,” he said.

The signs should be more prominent and visible at night, he said.