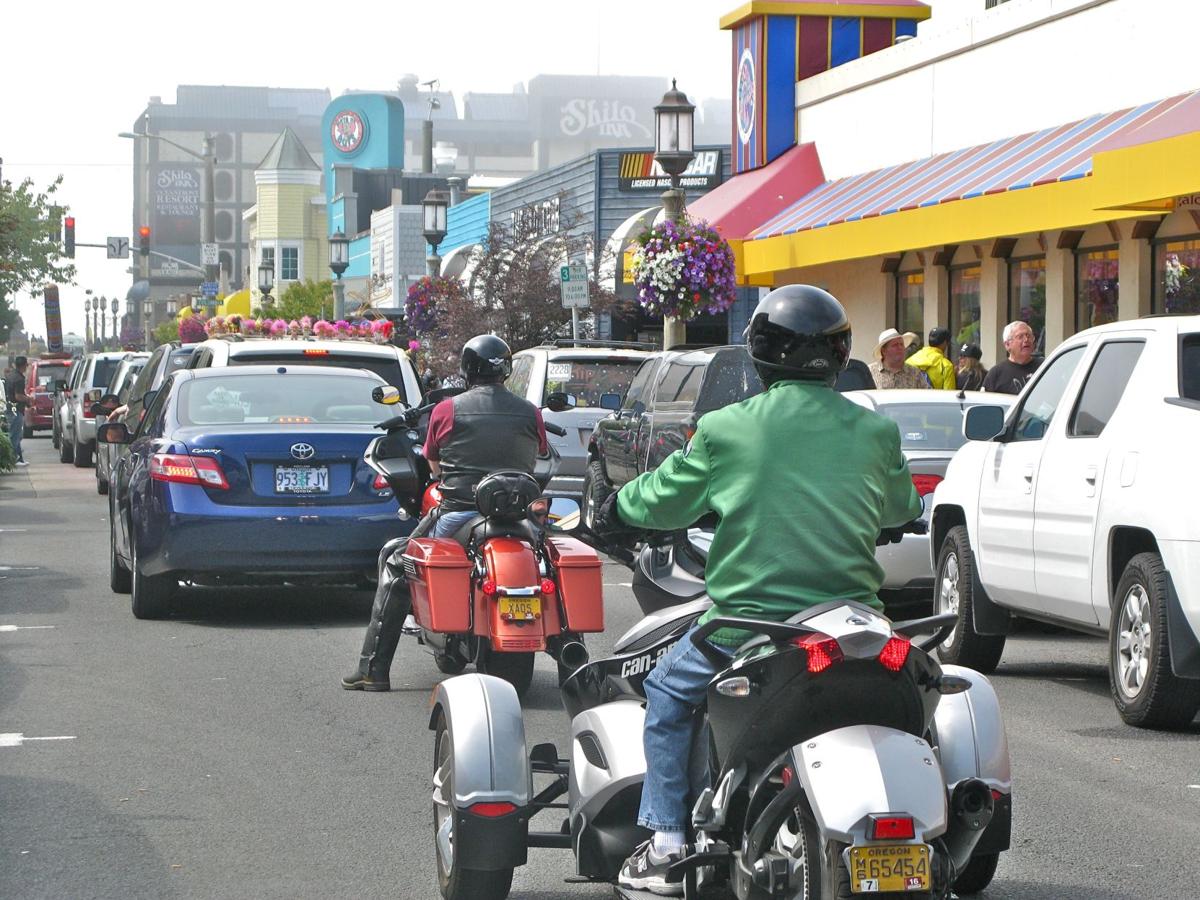 Traffic reached a crescendo on some weekends this summer, including the Fourth of July and Hood to Coast weekends. Some visitors — and locals alike ­— found it difficult to find parking spaces. 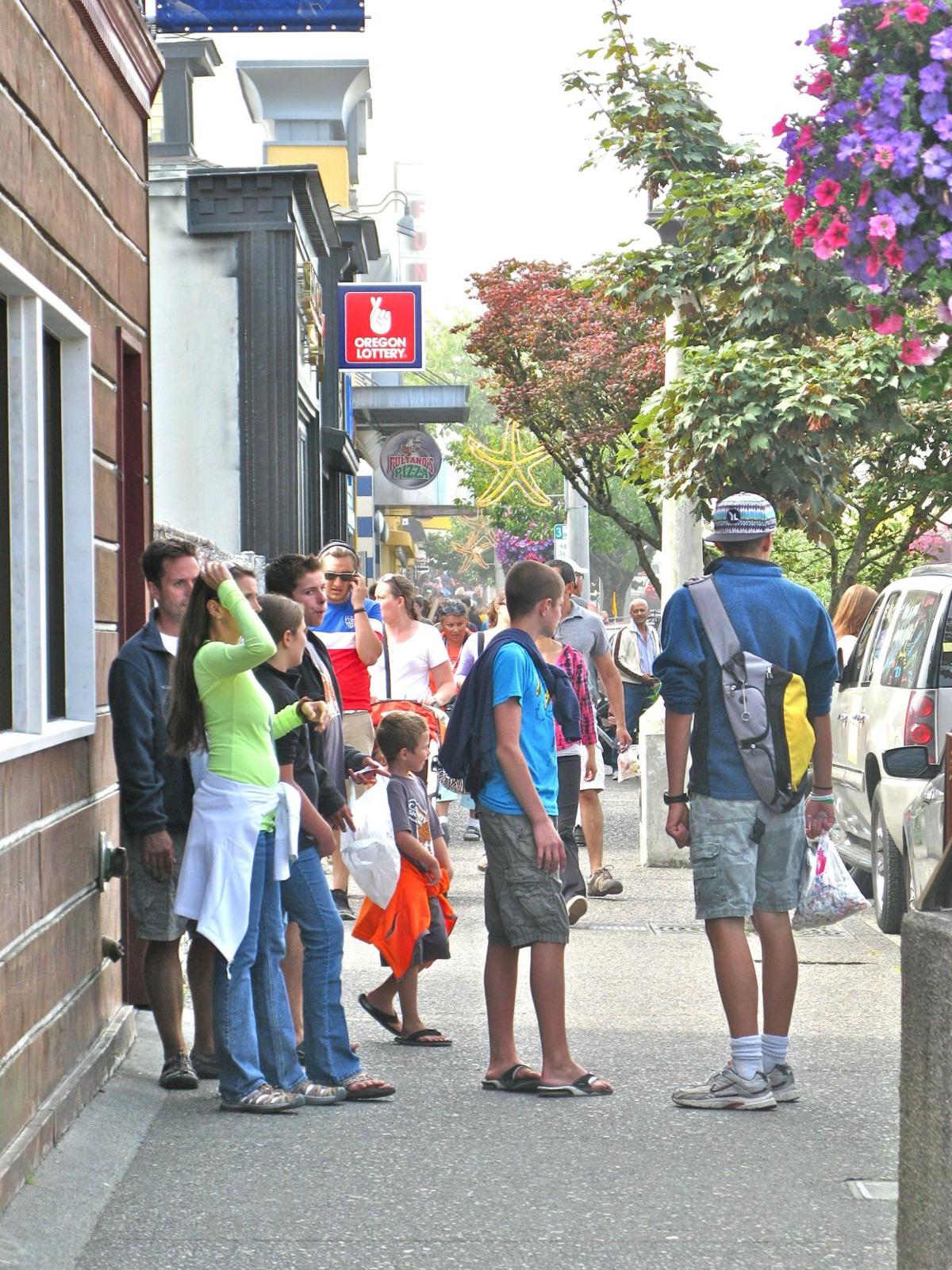 Broadway was hopping with visitors during the annual Hood to Coast Relay Aug. 30. Overall, many local business owners and city staff members believe this will have been one of the best summers in terms of tourism. With the expected influx of people in town during the summer, though, local merchants must employ certain strategies to keep their businesses running smoothly. 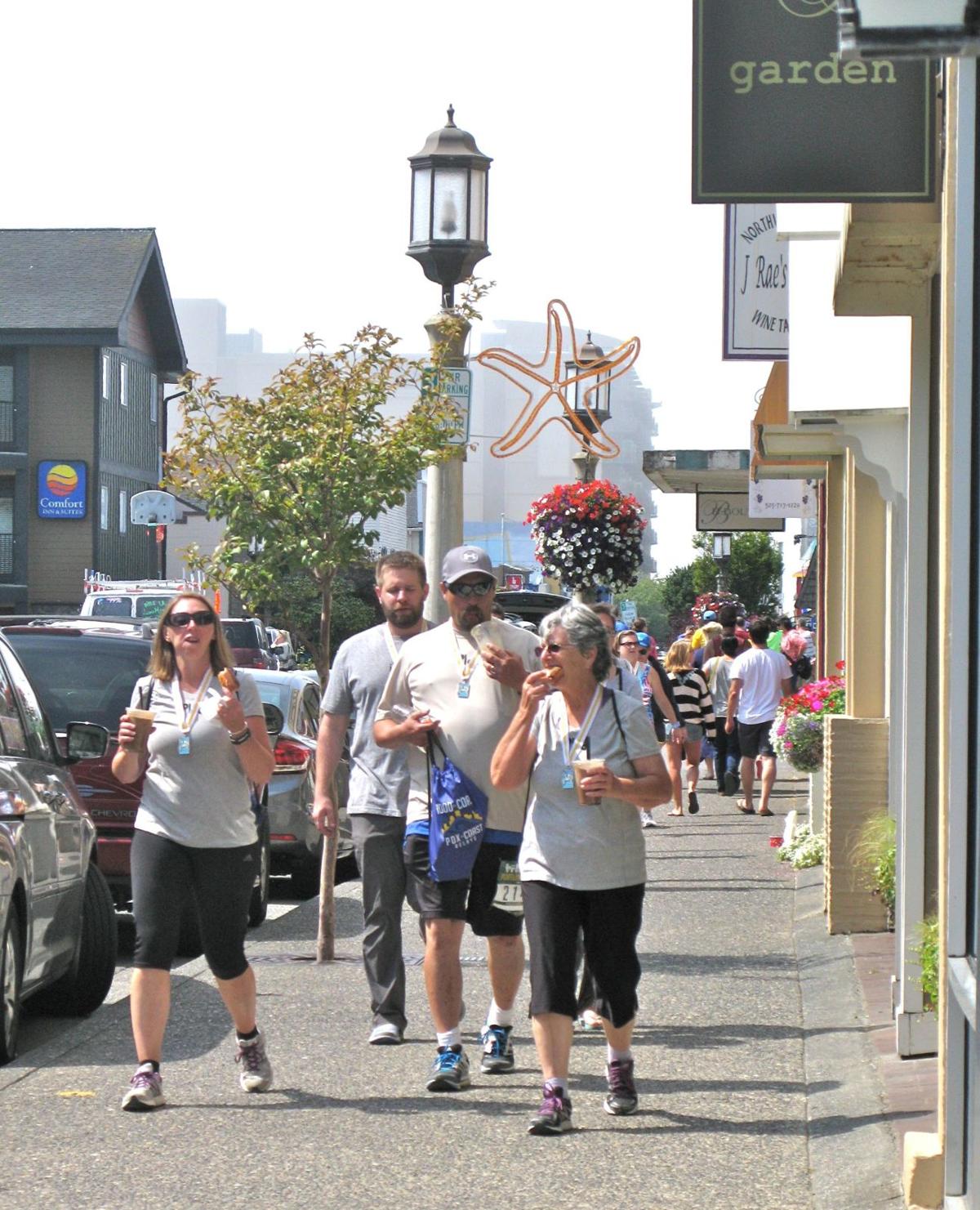 Sidewalks filled rapidly on some days, and stores had plenty of customers. Some business owners called this year one of the best in the past several years.

Traffic reached a crescendo on some weekends this summer, including the Fourth of July and Hood to Coast weekends. Some visitors — and locals alike ­— found it difficult to find parking spaces.

Broadway was hopping with visitors during the annual Hood to Coast Relay Aug. 30. Overall, many local business owners and city staff members believe this will have been one of the best summers in terms of tourism. With the expected influx of people in town during the summer, though, local merchants must employ certain strategies to keep their businesses running smoothly.

Sidewalks filled rapidly on some days, and stores had plenty of customers. Some business owners called this year one of the best in the past several years.

Although facts and figures aren’t all in, it looks like this was a booming year in both traffic and tourists flocking to the North Coast this summer.

Room tax revenue in Seaside for the first quarter of 2014 ending in March increased by 4.5 percent, or about $23,000, in comparison to the same quarter last year. Room tax revenue for the second quarter of 2014 ending in June was up in comparison to last year by 4.2 percent, or about $33,000. There have been 10 consecutive quarters of growth in that area, according to Veronica Russell, visitor information specialist at the bureau.

“We’re doing well,” she said, adding extra volunteers have helped the facility handle the number of tourists stopping in or calling.

The Seaside Civic and Convention Center is experiencing some higher numbers this year, as well. The center held 227 event days in 2012; the number of event days held so far and projected in 2014 is 243. While the difference in the number of event days is relatively small and would not alone affect traffic, General Manager Russ Vandenberg said, the center is estimating between a 5 and 10 percent increase in attendees for the 2014 calendar year.

The Cannon Beach Chamber of Commerce also has been noticeably busy, with a recorded 6,833 walk-in visitors in June and 9,725 in July. Both numbers reflect an increase from those reported for the same months last year.

The Seaside Aquarium had its best June ever, in terms of patrons. Business was up by 5 percent over last year, which was the aquarium’s previous record.

When he goes into work each day, he tries to “get a feel” for the main public parking lot on Columbia Street and First Avenue. He said it seems fuller than it used to be on more days. Also, people are parking farther down on Necanicum Drive.

“(There are) these little signs here and there that say, ‘yeah, there’s more people here,’” Exinger said.

Marci Utti, the owner of Del’s Chevron near the intersection of Holladay Drive and U.S. Highway 101, said they are having a good summer, as well — both more people and cars. Her take on the situation is optimistic.

“We hope we get lots of traffic,” she said, adding that translates into a profitable summer.

Seaside Police Chief Bob Gross said the department doesn’t track traffic numbers. The only information he could provide is the number of calls for service, which have been about the same as last year.

“I can’t equivocally say, ‘yeah, we’re having more traffic,’ because our numbers for crime activity and calls for service don’t show that,” he said.

Traffic certainly has been increasing over the past few years, though, and the increase of 17 percent in number of calls for service from 2004 to 2013 supports that, Gross said.

He said the city likely has been seeing more day trippers, “because it’s a lot less expensive to take a trip down here.”

Seaside’s Director of Tourism Jon Rahl said it’s “tough to pinpoint any one thing in tourism marketing” as the main contributing factor to bringing in more visitors. Rather, it’s a combination of everything the city does, he said.

To help businesses cope with the extra traffic and customers in summer, local entities and organizations have developed several strategies.

Karen Emmerling, owner of Beach Books in Seaside, said her employees work fairly late in the summer, when shop hours are extended.

Greg Boat, owner of Del Sol in Seaside, said that he is always honest and up front with his seasonal employees about the fact that he will only be keeping them on for the summer.

But it’s the year-round staff that makes the biggest difference in helping business confront the sheer business of summer, according to Randy Frank, owner of Norma’s Seafood and Steakhouse in Seaside. His solid, “core group” that works for him all year is the key to doing well from June through September.

Frank knows that, by the end of summer, he will have put away enough money so he can offer more people year-round employment, which is essential to retaining the best employees.

“If you want good, quality people ... you have to have that,” he said.

“I try really hard for my girls to give them a job all year,” she said.

The Seaside Visitors Bureau created a new tool for business owners in the area, a quarterly industry newsletter. The industry newsletter includes a list of upcoming major events much like the consumer newsletter, but also features answers to visitors’ frequently asked questions so business owners can help their employees be prepared to handle them. The newsletter also includes data from the industry, such as the previous quarter’s room tax revenue numbers.

The Seaside Civic and Convention Center sends out a weekly schedule for the events to take place at the facility. The schedule will include what day the attendees arrive, what meals they will eat in-house and free times when they might be out and about, so business owners can plan for and around those events.

In the off-season, the area benefits from The Oregon’s North Coast market partnership, a consortium of the Astoria-Warrenton and Cannon Beach chambers of commerce and the Seaside Visitors Bureau.

“That’s been one of our biggest off-season pushes,” Rahl said.

The partnership, which was formed from a grant from Travel Oregon in 2011, is entering its third full fiscal year. Each agency contributes an annual investment of $20,000, and the money is spent to market the north coast area as a whole, which is more productive than each locality trying to market itself.

The Seaside Downtown Development Association specifically is geared toward promoting downtown Seaside and providing a quality atmosphere for residents and visitors. The organization also wants to “make sure our merchants survive through the winter,” Executive Director Laurie Mespelt said.

A coupon book is produced by the association only in the winter months, with coupons that are good from November to February. There is no reason to provide coupons during the rest of the year, Mespelt said, because the town already is drawing in enough people to provide patronage to local businesses.

More than 40,000 downtown walking maps, handed out by local lodging facilities, also are produced by the association. The maps contain advertisements from local businesses and information about what’s going on in town.

The organization also plans events for the seasons’ “shoulders,”such as the fall and spring wine walks and car shows in September and June.

“Those are great things we do in that respect to bring people in,” Mespelt said.

During November and part of December, the association puts on the annual Shop Seaside promotion to encourage people to do their holiday shopping in downtown Seaside. Customers get a card, and when they spend $40 at participating businesses during the designated time, they are entered into a drawing to win a stocking filled with products from the participating businesses.

“It makes for a nice Christmas for whoever wins the stocking,” said the association’s president, Greg Boat.

Mespelt said all these strategies are to help draw in tourists for the winter months.

“We’re all in this together,” she said. “ ... We have to work with our locals and our visitors to make good things happen.”

By winter, many business owners must toil extra hard to keep the embers of their establishment glowing bright.

Beach Books will hold more events, like author luncheons and readings. The staff doesn’t always have time to put on those events during the heart of the tourist season, because they’re doing all they can just to serve customers and keep the shelves stocked, Emmerling said.

She added that a strong local following helps sustain the shop during the winter.

Wunderlich relies heavily on the local base as well. She said it’s important for them to “let people know we’re here all year.”

“We’re the same all summer and winter in terms of menu and hours,” she said.

For Julie Jesse, owner of Caffe Latte in the Seaside Carousel Mall, and Greg Boat, it’s all about budgeting well.

“I save my money in the summer to carry us through the winter,” Jesse said.

NYC mayor: We're going to run out of vaccines in a matter of days