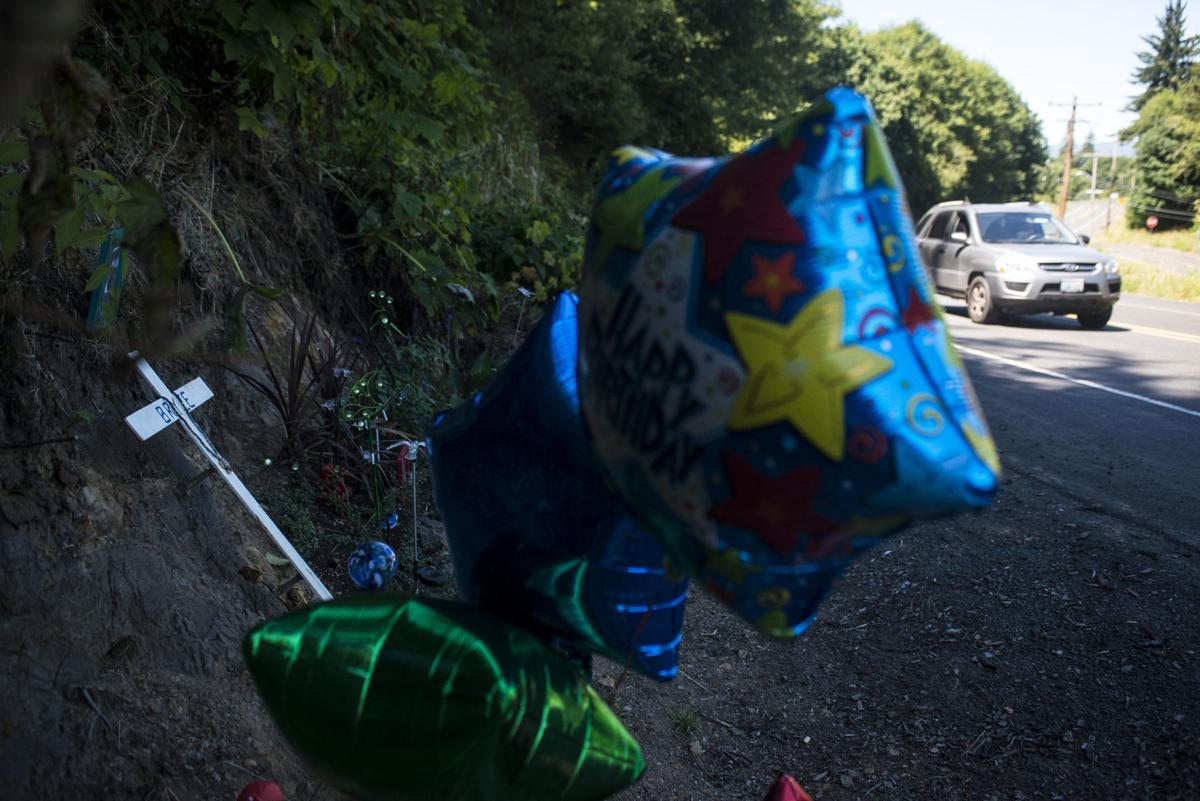 A car drives by a roadside memorial along Highway 30. 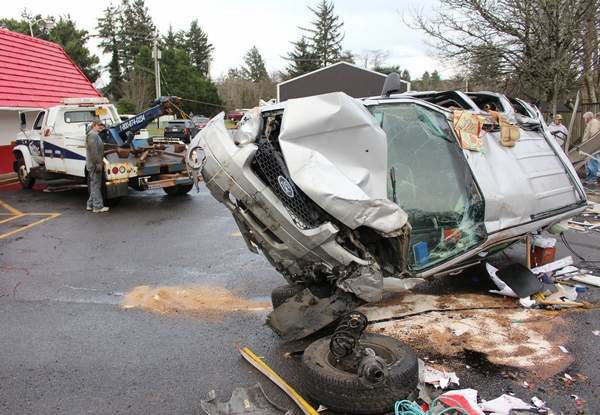 Jim Mendenhall, owner of Triangle Towing, upends a 2006 Ford Escape that came to rest on its roof after nosediving into the Dairy Queen parking lot on Highway 101 in Gearhart in December 2014. The driver survived the crash.

A car drives by a roadside memorial along Highway 30.

Jim Mendenhall, owner of Triangle Towing, upends a 2006 Ford Escape that came to rest on its roof after nosediving into the Dairy Queen parking lot on Highway 101 in Gearhart in December 2014. The driver survived the crash.

The two routes have accounted for 39 fatal accidents in the past 10 years, according to data from the Oregon Department of Transportation.

The data allows the state to pinpoint and prioritize stretches of roadway that may be problematic. The department is then better able to funnel money to roadways with the most crashes for safety improvement projects.

According to Department of Transportation spokesman Lou Torres, “We really have to know if there is an intersection or stretch of road we need to work on or improve for safety reasons.”

The data, recorded from 2004 to 2014, shows a total of 68 fatal accidents in Clatsop County, resulting in 77 deaths. The numbers are slightly higher than neighboring Columbia and Tillamook counties.

The majority of fatal accidents in Clatsop County were caused by drivers traveling too fast for conditions and straddling or crossing the centerline. The data does not list alcohol or drugs as influences in the crashes.

A total of five fatal accidents occurred on county roads and three happened on city streets in Cannon Beach and Seaside.

Clatsop County Sheriff’s Deputy Paul Williams said speed and inattention play significant factors in crashes, along with a lack of patience on the part of drivers.

A driver’s frustration can lead to crossing the centerline, or driving too fast for conditions.

“The sad fact of the matter is it’s the same reasons we have been dealing with for decades,” Williams said. “The one change we have probably seen over the last couple of decades is the lack of restraints was much more prevalent than it is today.”

New seatbelt laws and advancements in the construction of vehicles have helped curb fatal crashes, he said.

For the sheriff’s office, the focus is on county roads which have a relatively low amount of fatal crashes. Williams points to lower speed limits on the local roads as a main factor.

“You take away speed and that has a lot to do with how a crash turns out,” he said.

The sheriff’s office, Oregon State Police and local police departments often work together when responding to fatal accidents. Fatalities commonly occur after a vehicle crashes into a ditch, guardrail or the person is ejected from the vehicle, the data shows.

State troopers are regularly called to fatal crashes, even if the crashes do not occur on state highways, because of their enormous amount of training for that type of investigation, Williams said.

Despite the training, Williams said, law enforcement officials are not always able to deal with family or friends of the deceased, who may be at the crash scene.

“One of the challenges we have always dealt with is the trauma on the scene and helping the families that may be there or show up,” he said.

The sheriff’s office relies on a chaplain program, where local church leaders respond with law enforcement to a fatal crash and assist the friends and family through the trauma. Chaplain programs are becoming more popular around the country. Williams estimates at least 70 percent of sheriff’s offices in Oregon have such programs.

“It has truly been a blessing,” he said. “They can concentrate wholly on the family and the trauma and assist them through that. We have a very devoted group of chaplains that will come out at a drop of a hat.”

A key reason for maintaining the crash data is to improve the safety of roadways across the state, according to Torres.

The plan is in place and individual projects will begin as funding becomes available. The first project will add a J-turn near Cullaby Lake. Work is funded and scheduled to begin in 2018. Other proposed projects through the corridor include adding center turn lanes, widening the shoulders and improving intersections.

ODOT’s fatal crash data lists multiple causes for the crashes. Speed, fatigue and reckless driving are all found in the data. So is improper passing, not yielding and following too closely.

But alcohol or drugs are not listed as a cause in any of the fatal crashes over the past decade.

Williams has a hard time believing not one crash was caused by impairment. One possible explanation is that crash data is collected before toxicology reports are available or drivers are charged with crimes.

ODOT insists the data is up to date.

“If there was alcohol or drug impairment, it would show up as a cause,” Torres said. “I can’t explain what is not there.”

Giroir: We do not have a safe, effective vaccine yet

Keilar to Trump official: Where is Trump's health care plan?