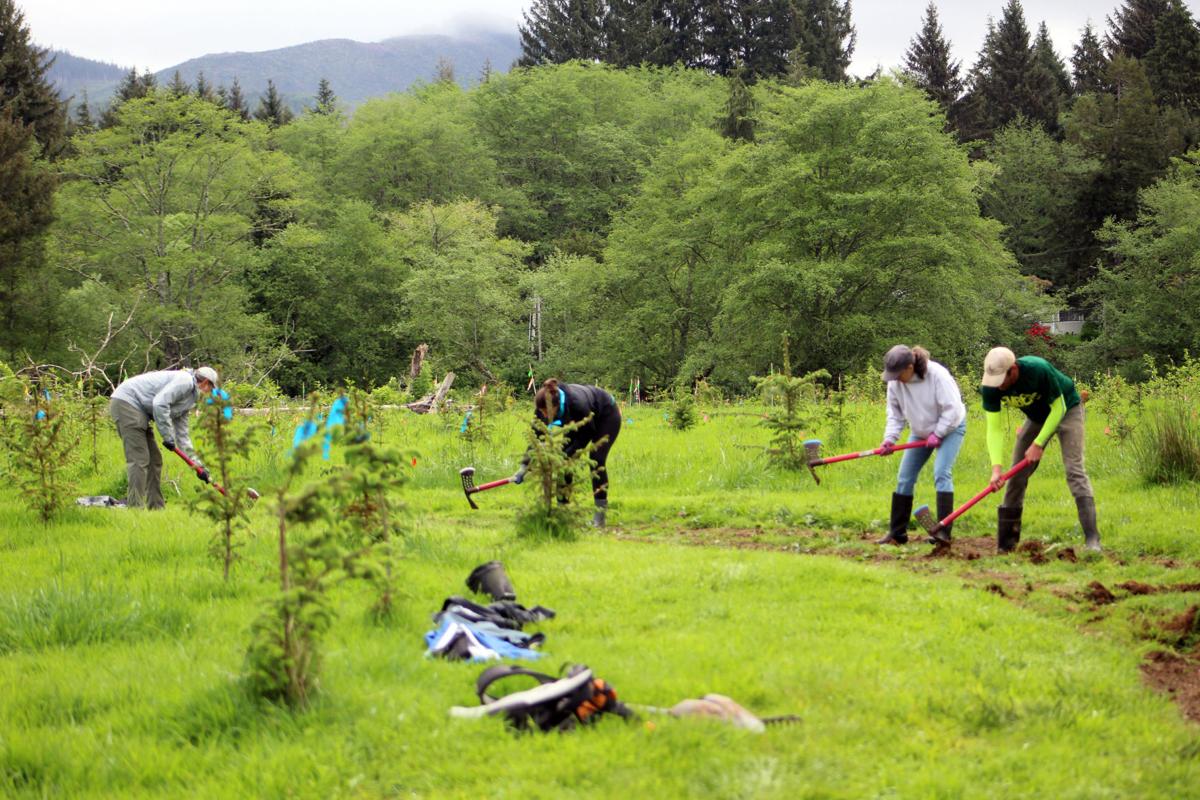 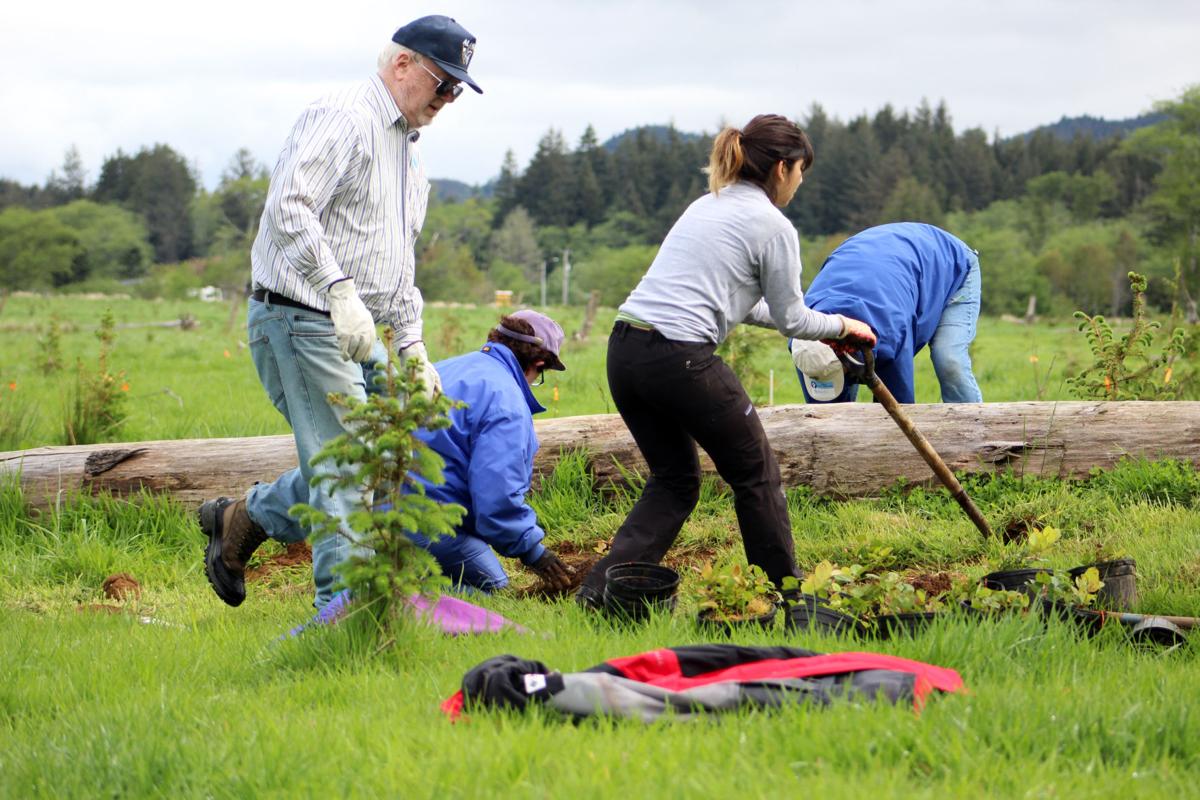 About 35 volunteers showed up to the North Coast Land Conservancy's Circle Creek Trails Cleanup to prepare the habitat reserve for the summer hiking season and upcoming events. 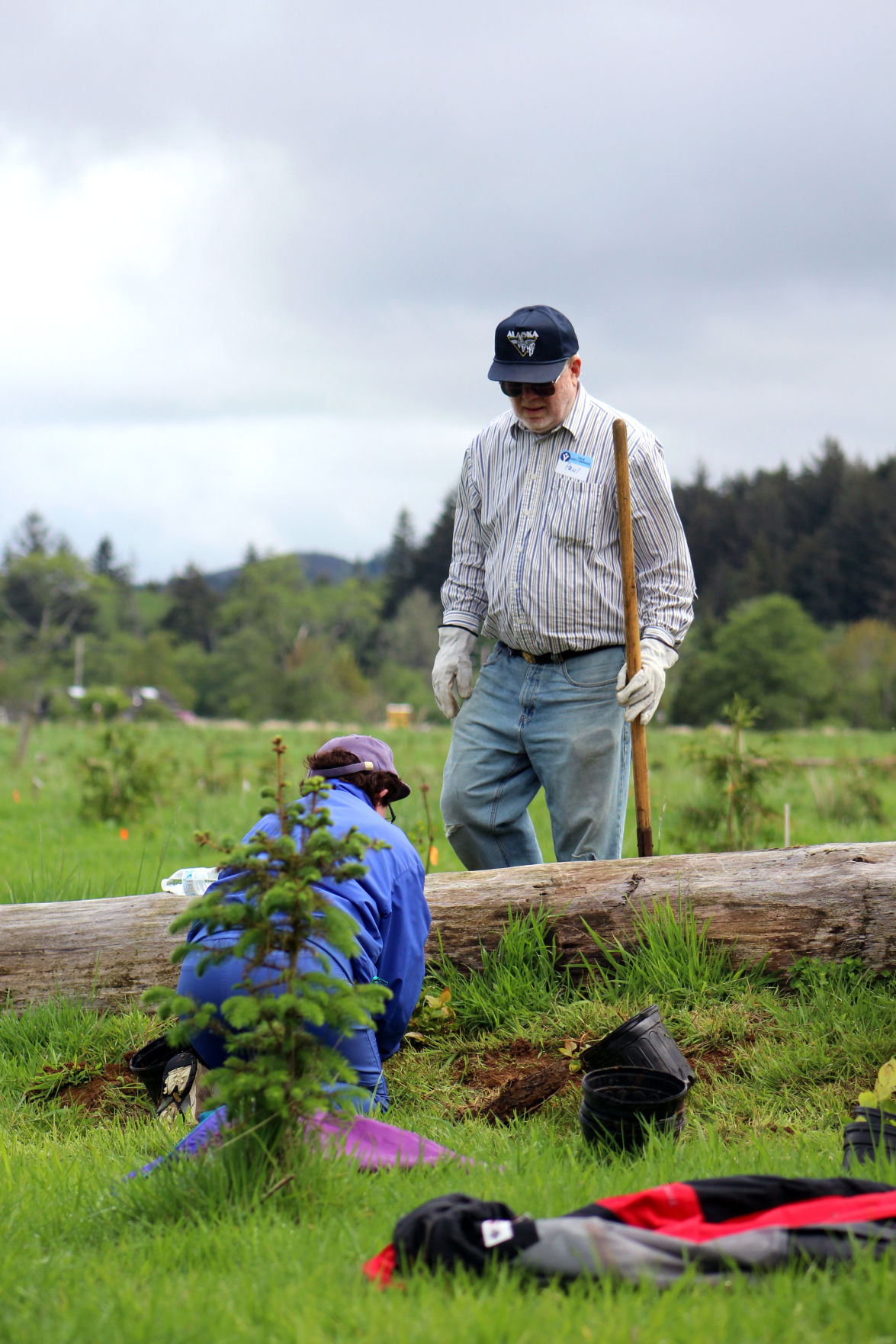 Volunteers Judy and Paul Fairdig, of Portland, participated in the North Coast Land Conservancy's Circle Creek Trails Cleanup as their service project for the 2016 Yale Day of Service. 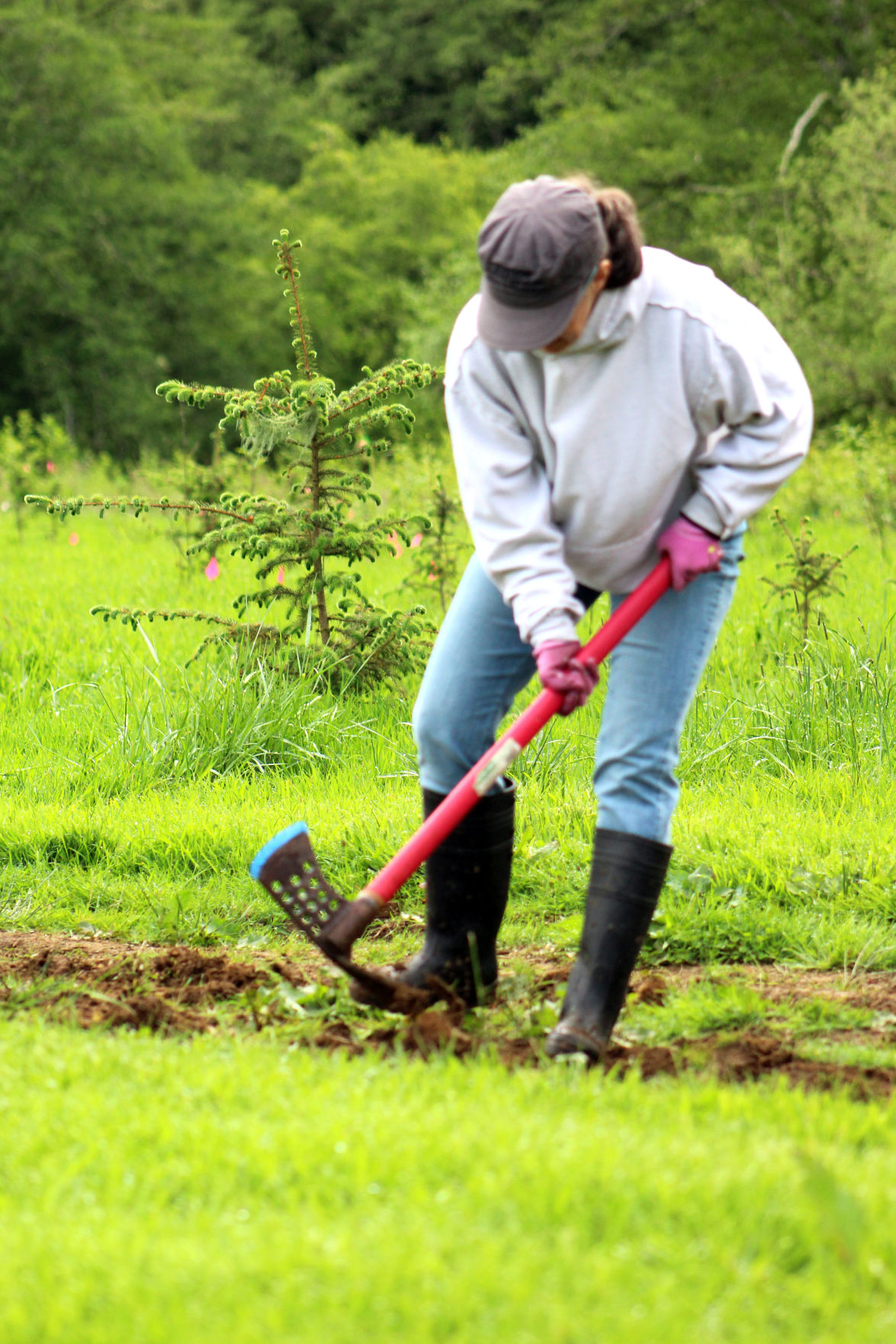 About 35 volunteers showed up to the North Coast Land Conservancy's Circle Creek Trails Cleanup to prepare the habitat reserve for the summer hiking season and upcoming events.

Volunteers Judy and Paul Fairdig, of Portland, participated in the North Coast Land Conservancy's Circle Creek Trails Cleanup as their service project for the 2016 Yale Day of Service.

SEASIDE — The North Coast Land Conservancy’s Circle Creek Habitat Reserve hummed with activity in April when a small army of volunteers helped clean up the property in time for public visits over the late spring and summer months.

The 35 volunteers were split into groups who undertook various tasks, such as building and maintaining trails, cleaning up and burning old wood debris and planting salal, a native plant species.

“It was a great turnout and a great day,” Stewardship Director Melissa Reich said. “We got a lot done and the trails are looking in great shape for the season.”

The annual project symbolically marks the time of year when the property gets used more by the public. Administrative and Outreach Assistant Lynette Villagomez said during late fall and winter, the property, which is part of an active floodplain, is not accessible to people because of precipitation. The trails usually are opened around Earth Day and closed in late fall, depending on weather.

“Every spring, we’ll come out here and do cleanup and maintenance and make it more inviting for people to visit,” Villagomez said.

Of all the conservancy’s properties, Circle Creek is “one where we’ve chosen to welcome people,” because of its location, accessibility and composition, she said.

Reich agreed, saying the site has “been grazed for a long time,” “has a history of human use” and is one where the conservancy is doing active restoration, making it a great spot to have seasonal trails open to the public.

“It is “a good example of the old forest and the swamp,” she said. “You can see them side by side.”

Tessa Scheller, a local volunteer and member of the conservancy’s Conservation Committee, said she believes welcoming and encouraging the public to spend time on the habitat reserve is valuable as it leads to an increased sense of ownership and, subsequently, stewardship and support.

“I think being out here helps that,” she said.

Some people may suffer from nature deficit disorders of varying degrees, she said. The conservancy wants to reconnect humans with the rest of nature so they become “aware of the rich diversity, even of plant life, in their backyard,” said Scheller, who also sits on the board of the Northwest Coast Trails Coalition.

Reich added that numerous people have, at one point, done a project or some volunteer work on the property and they are watching it slowly transform over time because of their efforts.

“A lot of people are able to feel connected,” she said.

The timing of the cleanup project also coincided with preparation for the conservancy’s annual event, “The Forest Remembers,” held in late April.

The Circle Creek Trails Cleanup was put on in partnership with the North Coast Trails Coalition.

These cats are on rat patrol

Breonna Taylor juror: There should have been more charges