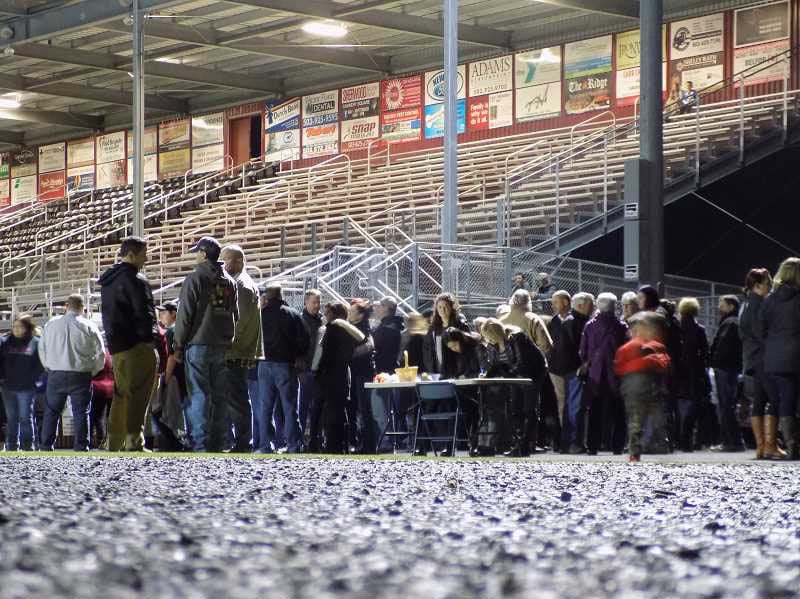 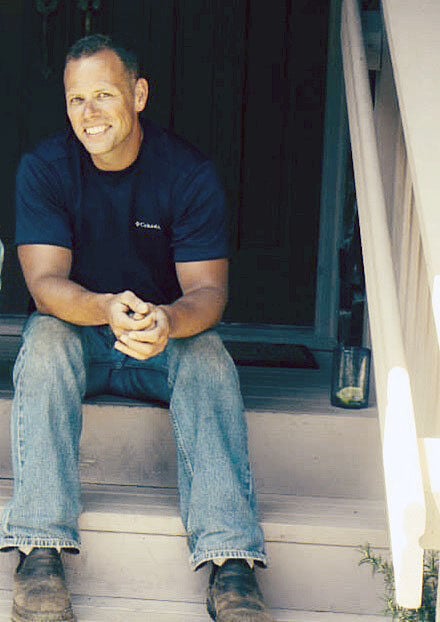 SHERWOOD — The second time turned out to be the charm for supporters wanting to name the Sherwood High School playing field after Jason Goodding, a Sherwood graduate and Seaside police sergeant who was killed in the line of duty in February.

After months of efforts by community members, the school district’s Board of Directors voted unanimously Wednesday, Oct. 12, to begin the renaming process.

Goodding, who left a wife and two young daughters behind, had served with the Seaside department for 13 years.

The renaming effort started at a June meeting of the district’s school board. There, Goodding’s friend and fellow Sherwood graduate, Jon Dickover, now a teacher at the school, made an impassioned plea to name the playing field after the fallen officer.

Previously, in 2004, the school board agreed to name the Sherwood High School stadium the Aaron J. Contreras Memorial Stadium, after another graduate who joined the Marines and was killed while serving as a helicopter pilot in Iraq in 2003.

However, after Dickover made his pitch, board members seemed reluctant to name the playing field after Goodding, saying that naming structures after people, no matter how courageous they were, might start an unsustainable precedent. The board said it might later consider a memorial wall or plaque to list the names of Sherwood residents who died as heroes.

But some community members worked to keep the issue alive, which led to members of the Bowmen Family Foundation meeting with school board liaison Patrick Allen in early October to discuss naming the athletic field after Goodding. The foundation is made up of past and current Sherwood teachers and administrators, alumni and residents who either grew up in Sherwood or are raising their children here, according to Dickover.

At the October school board meeting, with Goodding’s parents sitting in the front row, Dickover made another pitch for renaming the athletic field.

He described the initial fundraising project — a golf tournament that raised nearly $75,000 to help Goodding’s family.

“With (that) tremendous success, we have taken this further to fund the solid brass plaques which have been displayed at some of the football games this season,” Dickover said. “We have been able to provide finances to Jason’s family. We will be financing two $1,000 scholarships, and the first recipients will be in the graduating class of 2017.

“Lastly, we are strong enough to where we will be able to find other families to help in a time of need. Our efforts have grown to become a much larger version of what we anticipated. We are gladly (continuing our efforts to help others) in honor of our friends Aaron and Jason who have passed before us.”

Dickover said that through working with board liaison Allen, foundation members came up with a concrete plan to honor Goodding.

“With Mr. Allen’s assistance, we propose that the (athletic field) be named the Jason Goodding Field,” Dickover said. “Any signage will be funded by the Bowmen Family Foundation. We also propose that the plaques — one for Jason and one for Aaron — which have been funded and provided by the foundation, be displayed in a location yet to be determined at the field.”

Dickover added the group had discussed choosing the name Memorial Stadium and Field based on the potential passing of a $247.5 million school bond measure that includes building a new high school and stadium.

“We would be in favor of this (at the new high school),” he said. “Also discussed was a location that would have a finite number of places to honor deserving people, in effect a memorial wall or something similar where our fallen heroes would be honored. We would hope that Jason and Aaron would be part of that display.

“As a last comment, I would like to graciously thank, on behalf of the Bowmen Family Foundation, the diligence, the thoughts and the effort that the school board devoted to help us come to what I think is a very exciting and honorable idea.”

Board Director Connie Hansen said to the Gooddings in the audience, “In no way were our objections meant to dishonor your son. We just wanted to find a way to honor folks in the future, too. Folks in this community have again demonstrated that they can work together.”

Board Director Sue Hekker added, “Thanks to Mr. Dickover and all of you for hanging in there.”

Fauci: 'I doubt' US can lift guidelines now