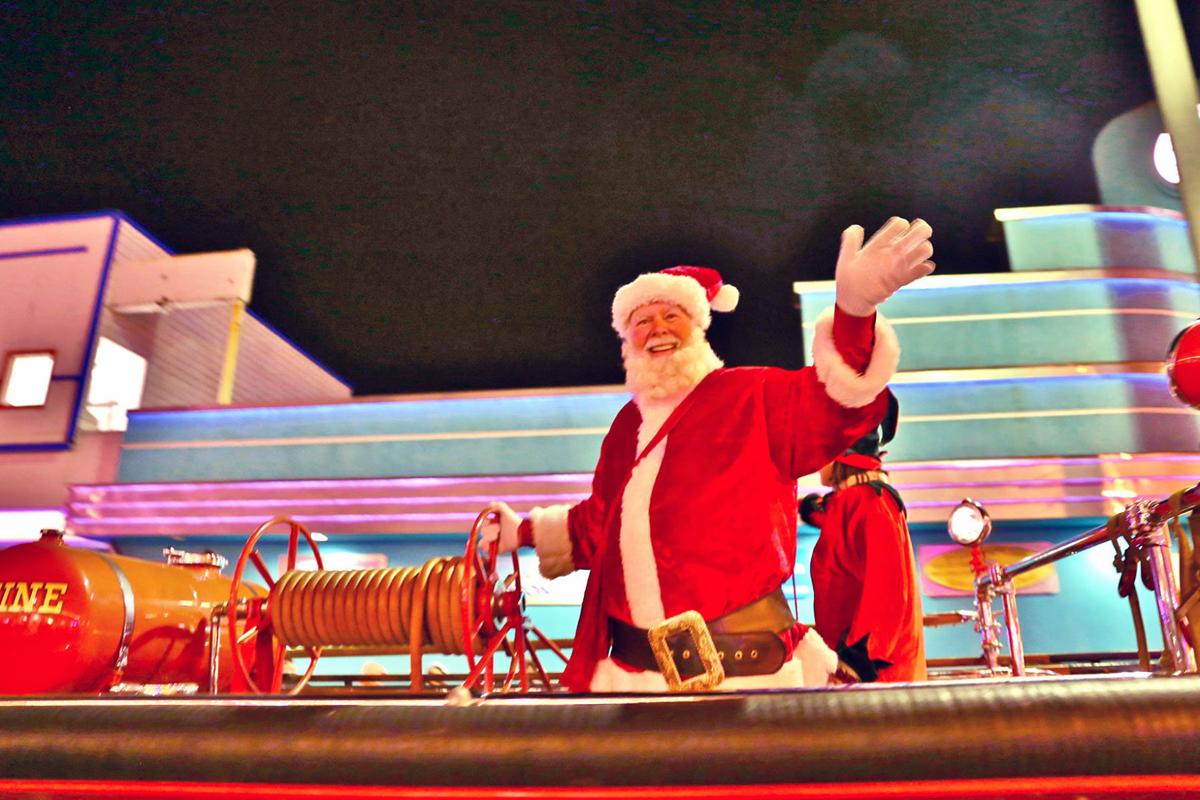 Santa waves to the crowd at the Seaside Parade of Lights. Participants are invited to sign up to join in the parade. 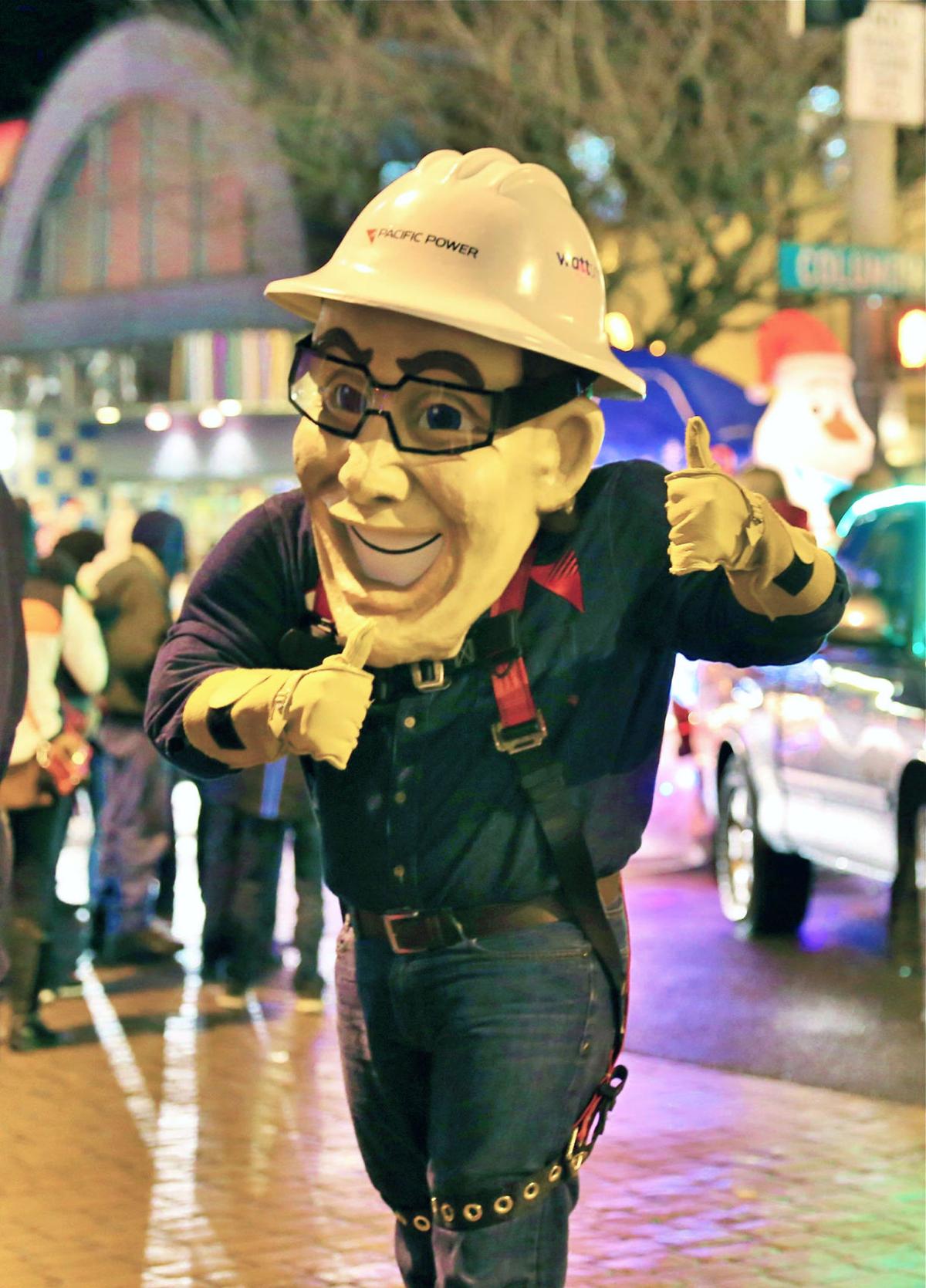 A Pacific Power “lineman” takes a walk along the Seaside Parade of Lights route in 2014. 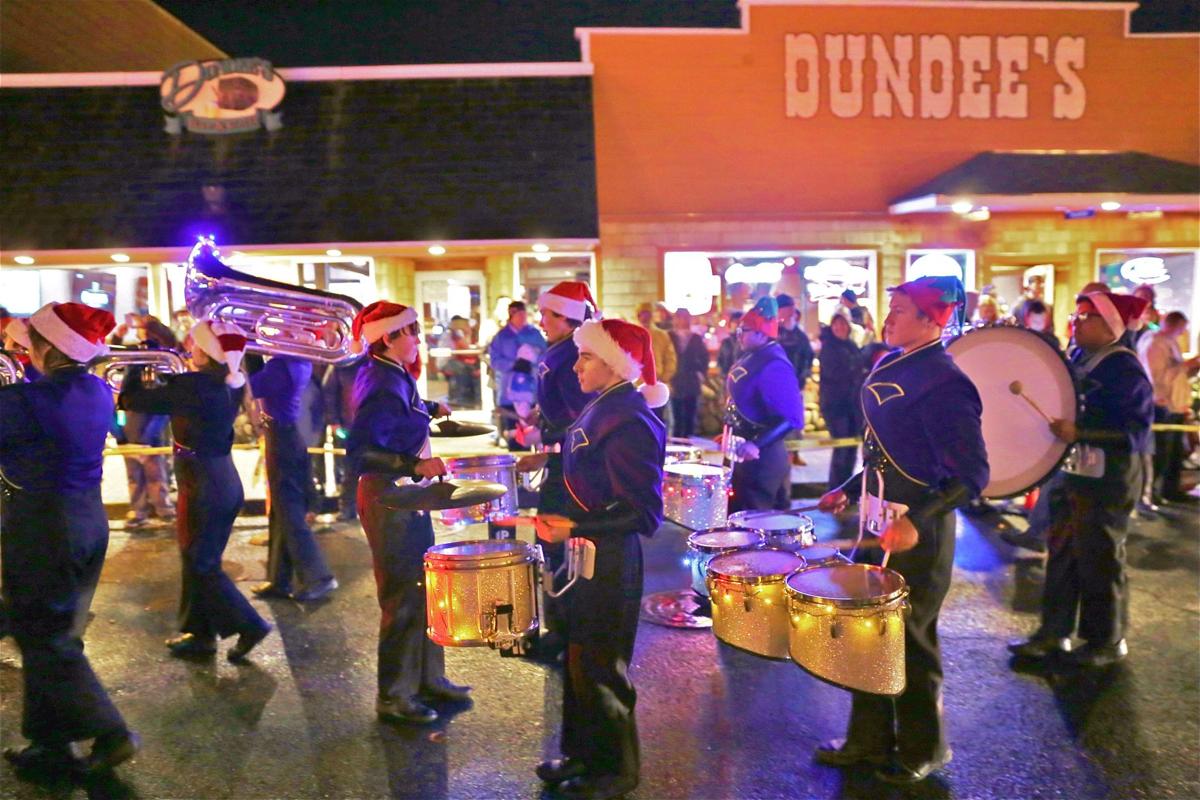 Santa waves to the crowd at the Seaside Parade of Lights. Participants are invited to sign up to join in the parade.

A Pacific Power “lineman” takes a walk along the Seaside Parade of Lights route in 2014.

SEASIDE — Organizers were concerned and dismayed when the health of Mayor Don Larson made his appearance at this year’s Seaside Parade of Lights problematic. Larson was scheduled to lead the annual event as the parade’s grand marshal. Because of his health he couldn’t do it, Sandy McDowall of Seaside’s Chamber of Commerce said.

“We were thinking, ‘What can we do?’” McDowall said. “Then the lightbulb went on: Let’s make it the children of Seaside School District 10.”

The metaphor was appropriate for Seaside’s annual Parade of Lights, held annually on Thanksgiving Friday.

Children from the high school, middle school and two elementary schools will gather at the Seaside Civic and Convention Center and march behind the “grand marshal” banner.

“It’s really a thank you to the Seaside area for passing the bond measure,” McDowall said.

“Each school will be sending out an invitation to their students in this week’s newsletter,” Seaside School District Superintendent Sheila Roley said Friday. “It is a wonderful honor for our students to be invited to be the grand marshals of the Parade of Lights.”

Roley thanked the community for their “amazing amount of support for our students.”

“With the passage of the school construction bond, our voters have expressed how highly they value our young citizens,” she said. “We are so grateful.”

Local Pacific Power employees and their families will participate in the parade this year, Pacific Power’s Regional Business Manager Alisa Dunlap said. “We will be decorating a bucket truck for the festivities. And look forward to handing out our signature glow sticks along the parade route.”

The parade formation begins at 6 p.m. at First Avenue on Necanicum Drive with participants facing south. The parade ends at the Downing and Broadway pocket park. Noncommercial winners receive a $50 check and commercial winners receive a plaque. Following the parade, participants are invited to join tree-lighting, caroling and visits with Santa Claus.

Dunlap has an additional advisory this holiday season: For home lighting, make sure you are using an appropriate outlet and check decorations for damage prior to plugging them in.

Tapper to Jill Biden: Is Joe ready to debate Trump?

Could Trump go to jail over his taxes? Watergate prosecutor weighs in