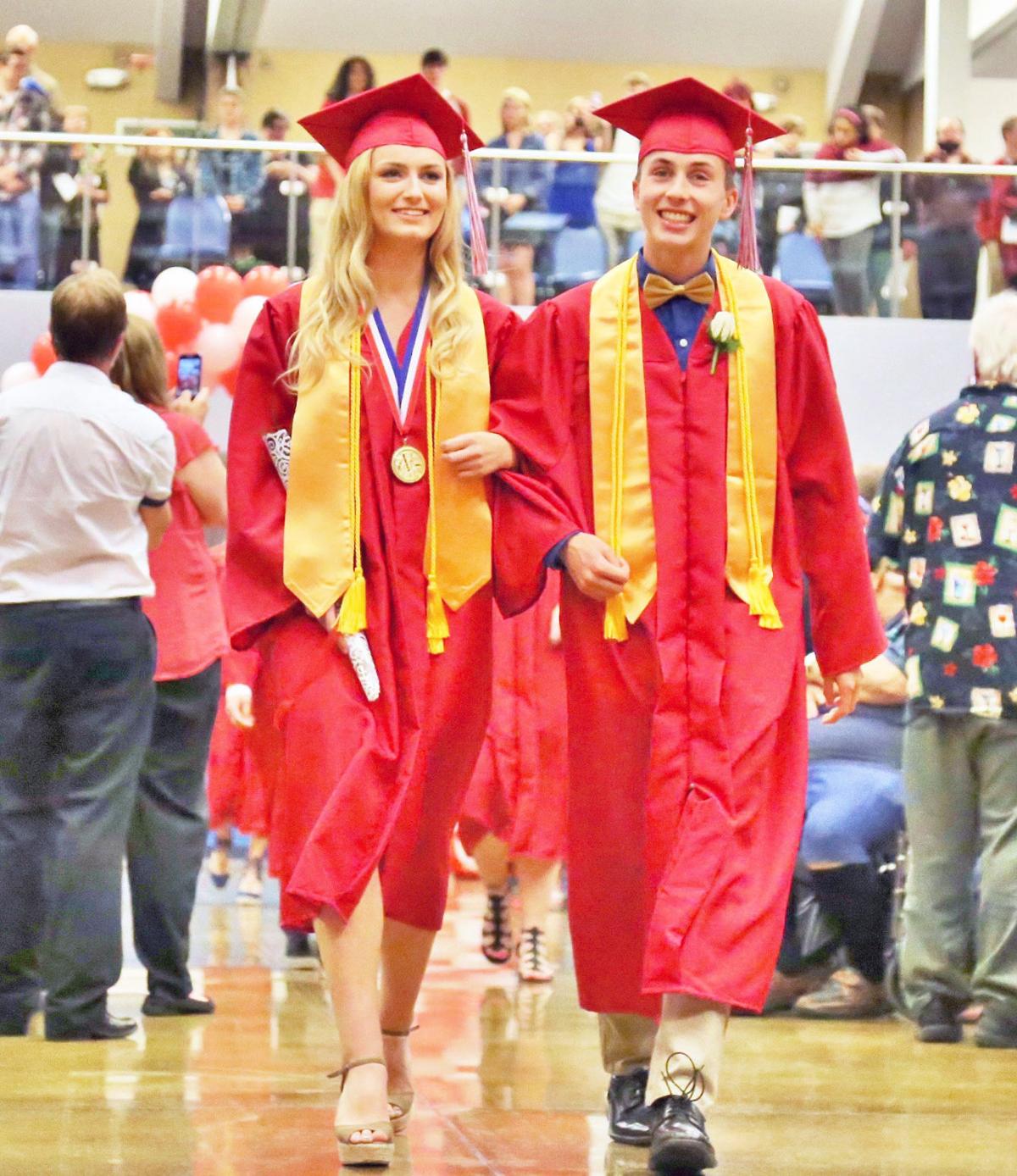 The Seaside Civic and Convention Center was packed with family and friends.

The Seaside Civic and Convention Center was packed with family and friends.

Ninety graduates dressed in red caps and gowns walked on to the stage Monday night while proud families, friends and educators filled the Seaside Civic and Convention Center to greet them.

Among the graduates at the 101st Seaside High School commencement, five were valedictorians and 22 were members of National Honor Society.

Many students received awards and scholarships to pursue their higher education goals. Heidi Lent said her daughter, Kirstin, will attend Portland State University to study communication and the Turkish language.

“I’m really proud of her for achieving what she has achieved. I’m looking forward to her future,” Lent said.

Thaddaeus Stapleton, originally from Washington state, is ready to leave the Oregon Coast. He will attend Southern Oregon University to study business administration. After completing his undergraduate degree, Stapleton plans on pursuing a master’s.

“I was a little unsure if I’d make it but I’m here now,” Stapleton said.

The valedictorians each gave an address highlighting the impact Seaside High School had on them, what they are looking forward to in the future, and advice for their fellow classmates.

Summer Spell’s speech acknowledged that the labels each one of them had do not define them anymore, whether that be a positive one like “successful” or a negative one like “lazy.”

Dania Nolazco Luna, the first member of her family to graduate high school, said: “Whatever it is you do from here on out, you only get back what you put in.”

Caroline Kotson’s goal for her fellow classmates is to break away from their generation’s stereotype as entitled. Kotson said no matter what each student’s future will look like, “go out and change the perception of our generation.”

After three valedictorian addresses, a slideshow of the graduates played. Students’ baby pictures and senior pictures along with group photos were shown.

Once the slide presentation completed, the fourth valedictorian gave his speech.

Carson Schulte said he spent his first three years at Seaside High going through the motions in fear of what others might think of him for standing out too much. However, at the beginning of his senior year, his father challenged him to try new things.

Schulte joined choir and other activities where he found a great support system. “If you have a dream, go out and chase it until you can’t chase it any longer,” he said.

Following Schulte, the Class of 2017 was awarded diplomas.

The final valedictorian address, given by Elizabeth Barnes, encompassed that people are unique and special in their own ways. “Don’t let anyone tell you you don’t matter,” Barnes said. “Never stop being who you are and seeking what you want.”