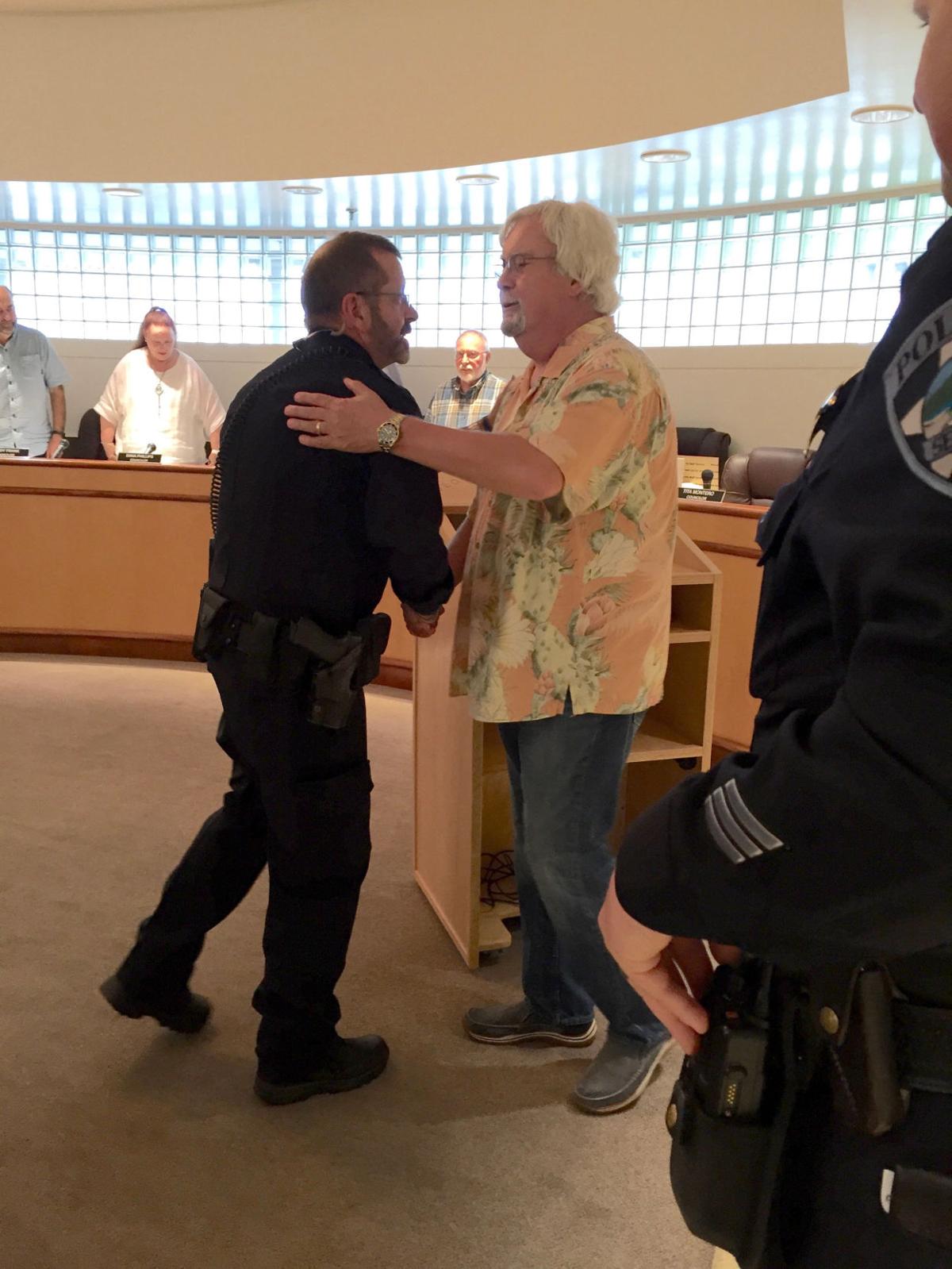 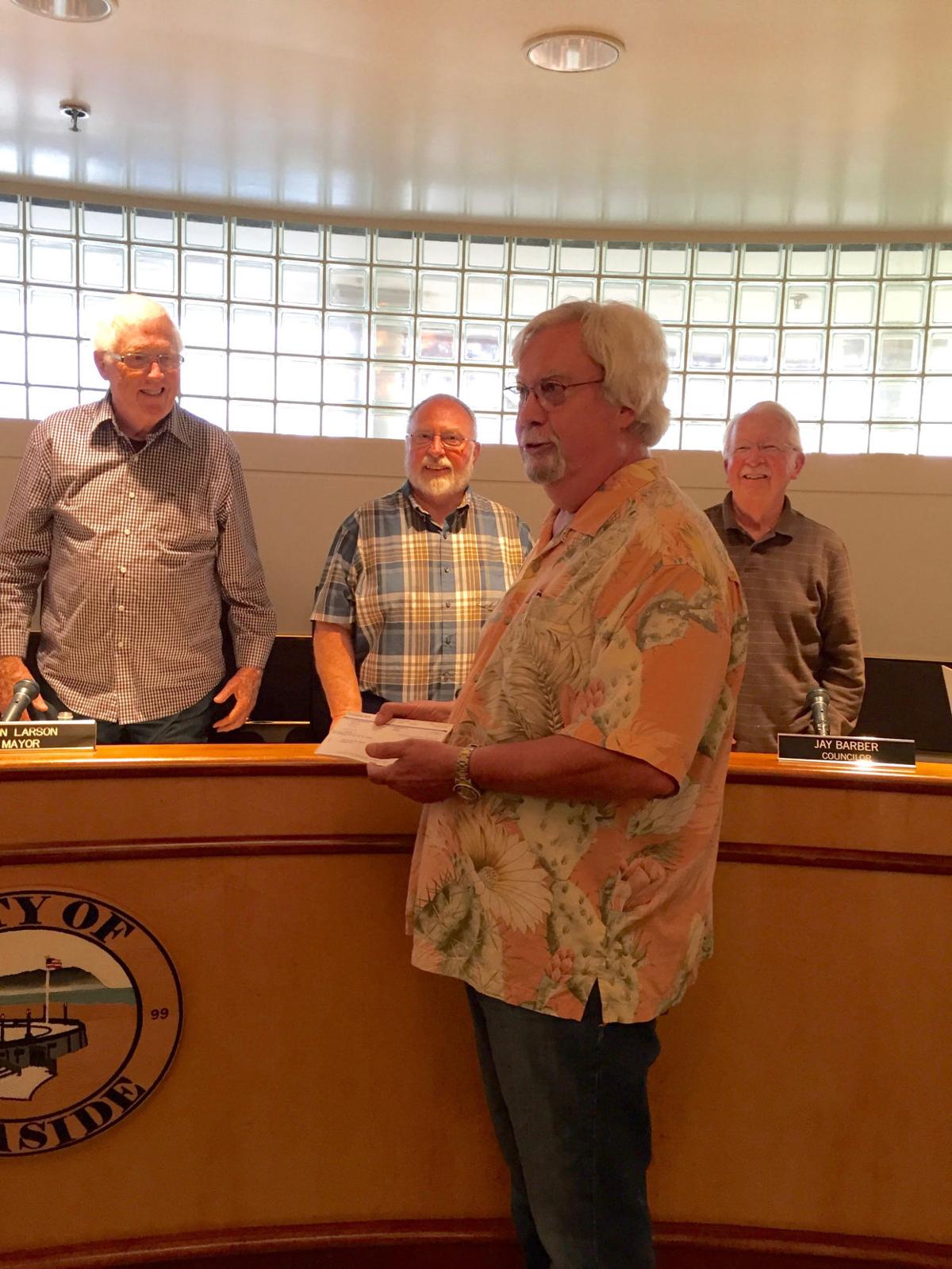 Bob Miller of the Oregon Fallen Badge Association accepts a check from the city for the association's efforts during the memorial for Sgt. Jason Goodding.

Bob Miller of the Oregon Fallen Badge Association accepts a check from the city for the association's efforts during the memorial for Sgt. Jason Goodding.

Seaside made good on its promise to the Oregon Fallen Badge Foundation, presenting a $10,000 donation to the organization for support in the aftermath of the shooting death of Sgt. Jason Goodding.

Goodding, 39, died in February after being shot serving a warrant on convicted felon Phillip Max Ferry on Broadway downtown. Goodding left behind a widow and two children.

The Oregon Fallen Badge Foundation is organized and operated to provide support for the planning and execution of law enforcement memorial services throughout the state. According to their mission statement, these services ensure that fallen officers are given the full honors to which they are entitled by providing “the highest level of tribute and decorum in the traditions of the honor guard.”

In the aftermath, the foundation partnered with the Seaside Police Department to provide backup and logistical support for the memorial service, attended by more than a thousand visitors, many of them law enforcement and first responders from around the country and Canada. The foundation served as point of contact for volunteers, honor guard and city officials.

“I think everybody in this room that went through this has thanks that are as deep as they could ever be,” Larson said. “The check we’re going to hand you is a $10,000 check from the people of the city of Seaside — the people whose lives you touched — the lives your own people touched, in such a tremendously tragic situation.”

Miller served as deputy logistics director for the response. “I was a go-fer,” he said. “I had to go around to different businesses in town and ask people for things. And in many cases I said, ‘Send me the bill.’ They would say, ‘There will not be a bill, don’t sweat it.’ It was absolutely fantastic, the love that everyone showed during that week of tragedy. I will personally never forget that. I know none of us from Fallen Badge will forget it. Thank you on their behalf.”

Acosta asks Trump: Did you blow it on Covid-19?

Father of Walter Wallace Jr. pleads with looters: Stop burning our city down