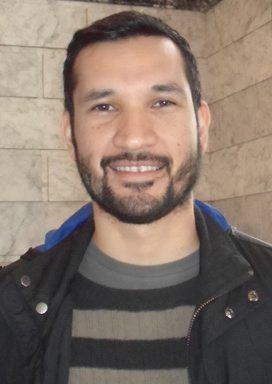 SEASIDE — Threading the politically volatile debate over immigration, the Seaside City Council will consider an inclusivity resolution but will not become a sanctuary city.

Astoria took the same track this month after guidance from Jorge Gutierrez, the executive director of the Lower Columbia Hispanic Council, who advised that sanctuary city status could be too polarizing.

Inclusivity resolutions allow cities to support and recognize the contributions of immigrants without getting drawn into the national clash with the Trump administration over immigration enforcement. Attorney General Jeff Sessions warned Monday that sanctuary cities — like Portland and Seattle — risk losing federal grant money by not cooperating with federal immigration agents.

“We made it clear early on we would not entertain that (sanctuary city) proposal, but we are pleased to be able to state we are an inclusionary city,” Seaside Mayor Jay Barber said. “It’s basically saying we’re going to treat all of our citizens equally, with respect, regardless of their status. We want to make that clear. But we are not in a position to be a sanctuary city.”

Gutierrez, who was not in attendance at the City Council meeting Monday night, is expected to address the council at its April 10 meeting.

Barber said the city’s resolution would communicate “who we already are. We’re not doing something we want to become.”

The resolution reads, “The city resolves that Seaside is an inclusive city that embraces, celebrates and welcomes its immigrant and refugee residents and their contributions to the collective prosperity of all residents.”

The resolution recognizes the contribution of immigrants and refugees “of all nations” to the state as workers and taxpayers. Inclusion and integration “of all residents of Seaside is a vital concern for the general welfare of Seaside in all respects. … Every Seaside resident should be treated with compassion and respect regardless of national origin or citizenship status.”

A similar resolution was adopted earlier this month by the Astoria City Council.

Astoria’s resolution states, “except as required by law, no city agency or employee shall use monies or equipment to detect or apprehend persons whose only violation involves a federal immigration law.”

In addition, “except as required by federal or state law, no city services or benefits of any kind shall be conditioned upon a resident’s federal immigration status.”

The resolution does not make Astoria a sanctuary city, a general term describing cities that seek to protect undocumented immigrants from federal immigration policies.

Avlon: You should be outraged at the muzzling of Cohen