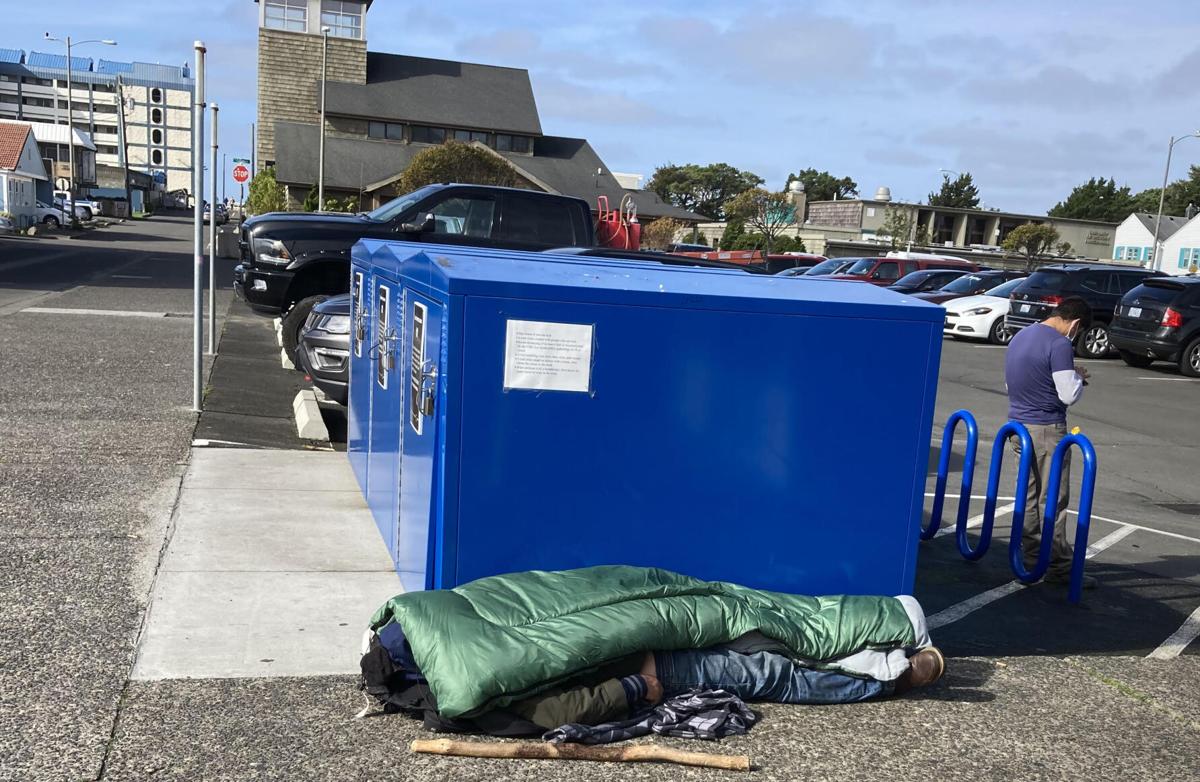 A person sleeps at the Seaside Civic and Convention Center parking lot.

A person sleeps at the Seaside Civic and Convention Center parking lot.

A designated homeless encampment is needed in Seaside, resident Sharon Johnson said at an April City Council meeting. “Port-a-potties and dumpsters are direly needed. With the summertime influx of illegal campers with the end of the eviction ban, we are facing a public emergency.”

In November, driven by a rising level of need and impacts to the city’s neighborhoods and businesses, Seaside city councilors asked the police chief, city attorney and city manager what can be done to manage the growing number of homeless in Seaside.

Council member Tita Montero proposed public forums on the issue, but dates postponed as a result of the coronavirus pandemic.

At a goal-setting session in January, council members said they hope to address homelessness, addiction and mental health issues.

At the April 9 City Council meeting, Montero sought to revive the forum process, proposing events in May and June.

“I believe with all of our goals, we are giving the citizens more opportunities to weigh in and to learn and to participate than ever before,” Montero said.

“We’re not going to solve the homeless problem, but we’re become more educated so we can be more responsive,” Barber said at the meeting. “That’s our goal. We want to respond in a way that fits with our community. We’re working on that and will continue on.”

Whatever amount the city receives from the federal government in the relief bill, how it will be spent remains unclear.

“We just don't know what the rules are yet,” Winstanley said last week. “And when we know the rules, then we'll know how we can spend it. At this point, since we don't have definition as to what's going to be an eligible expenditure, we don't know how we can move forward yet.”