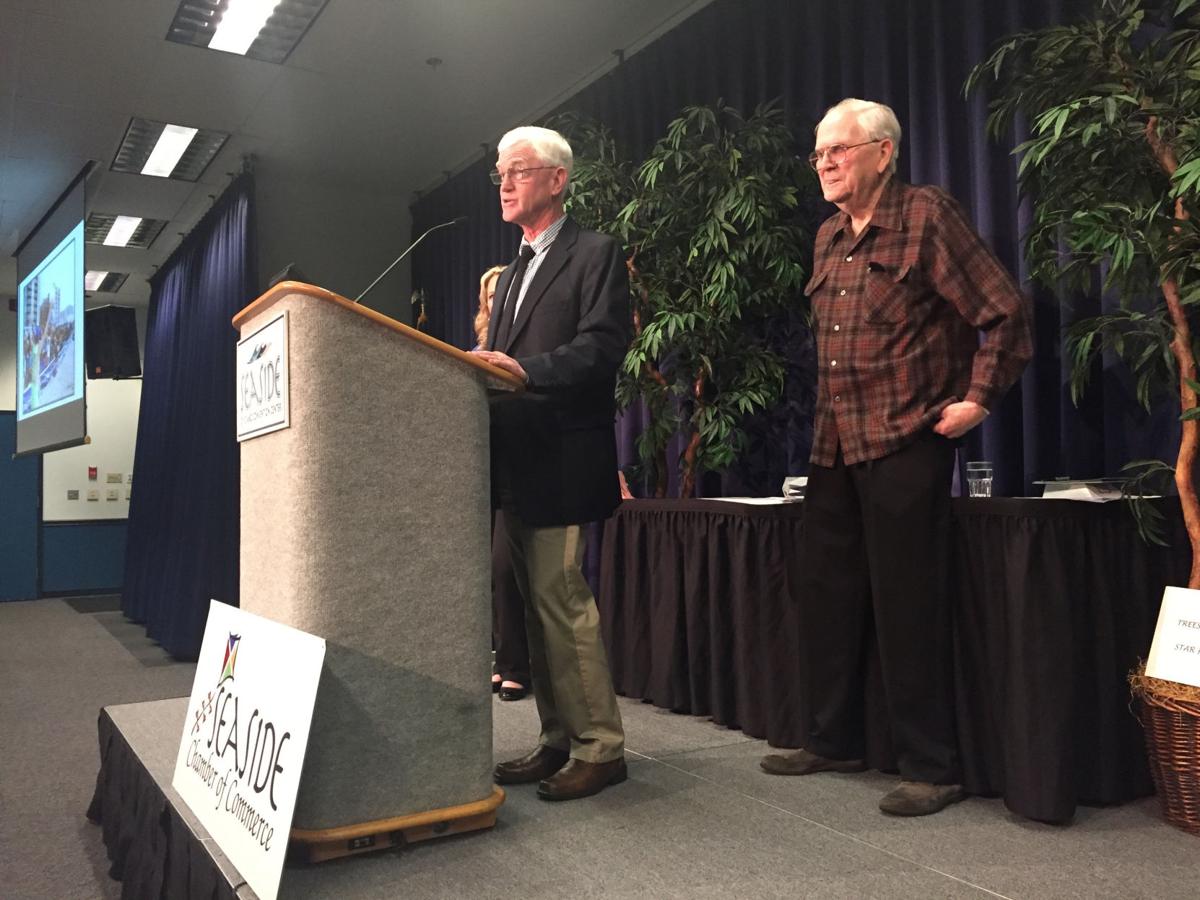 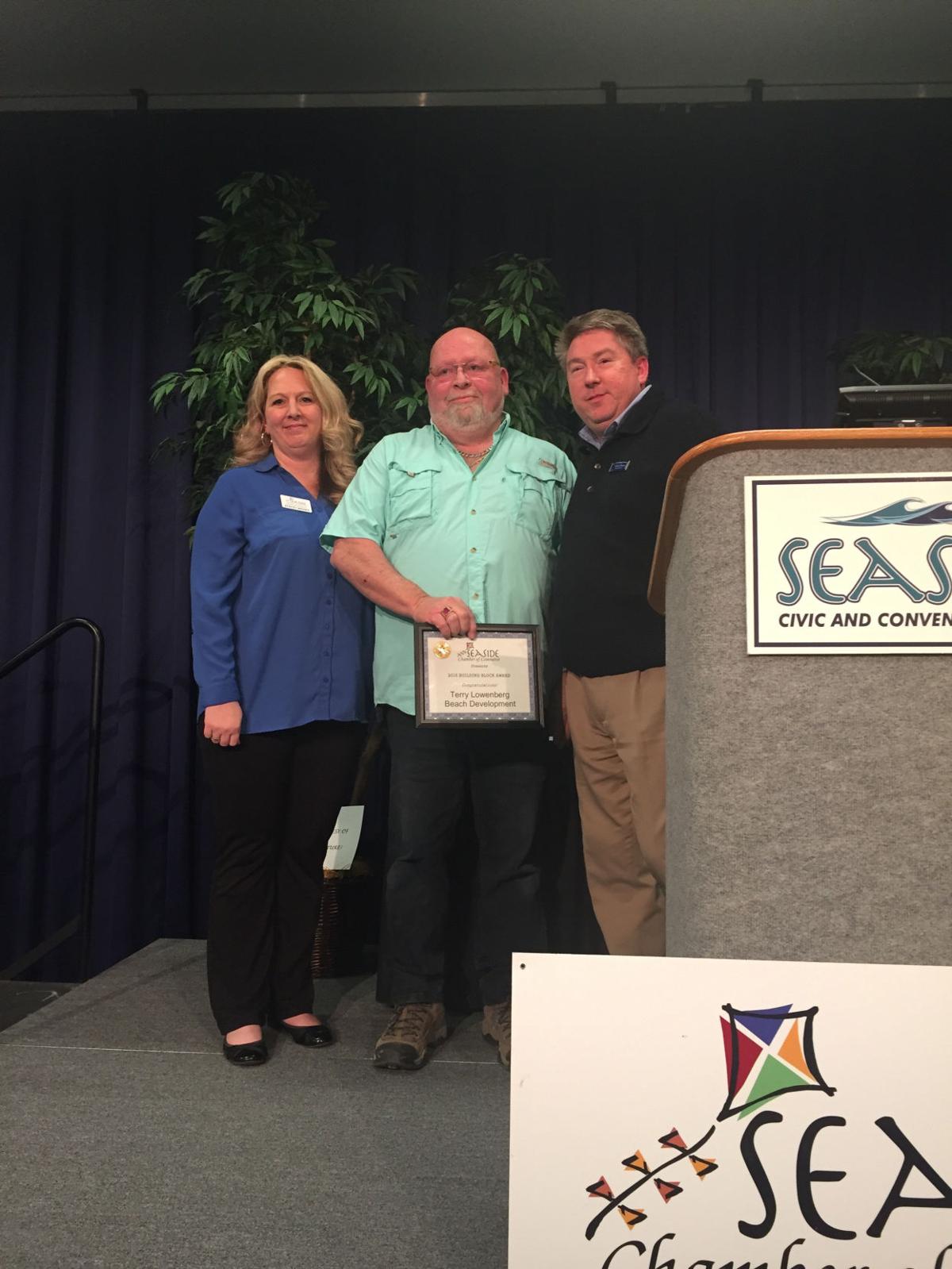 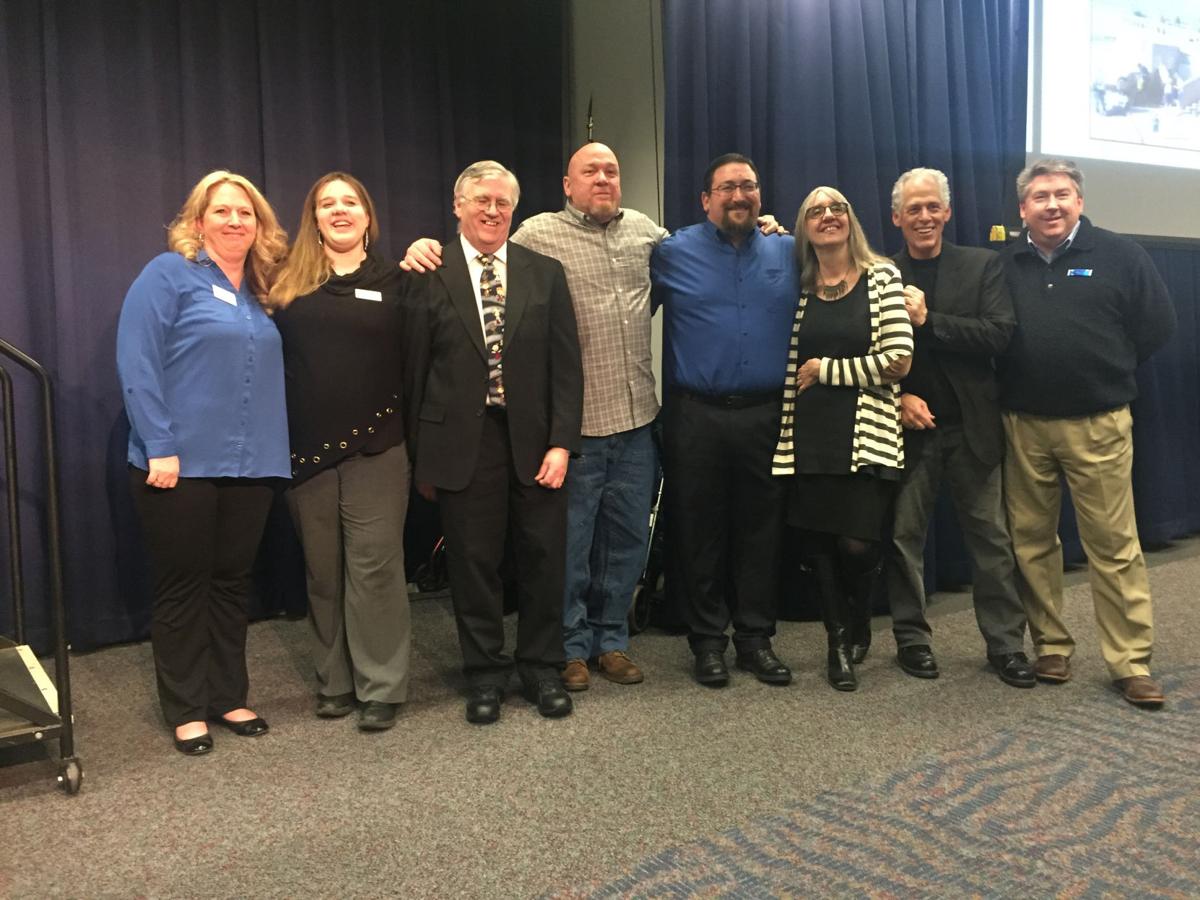 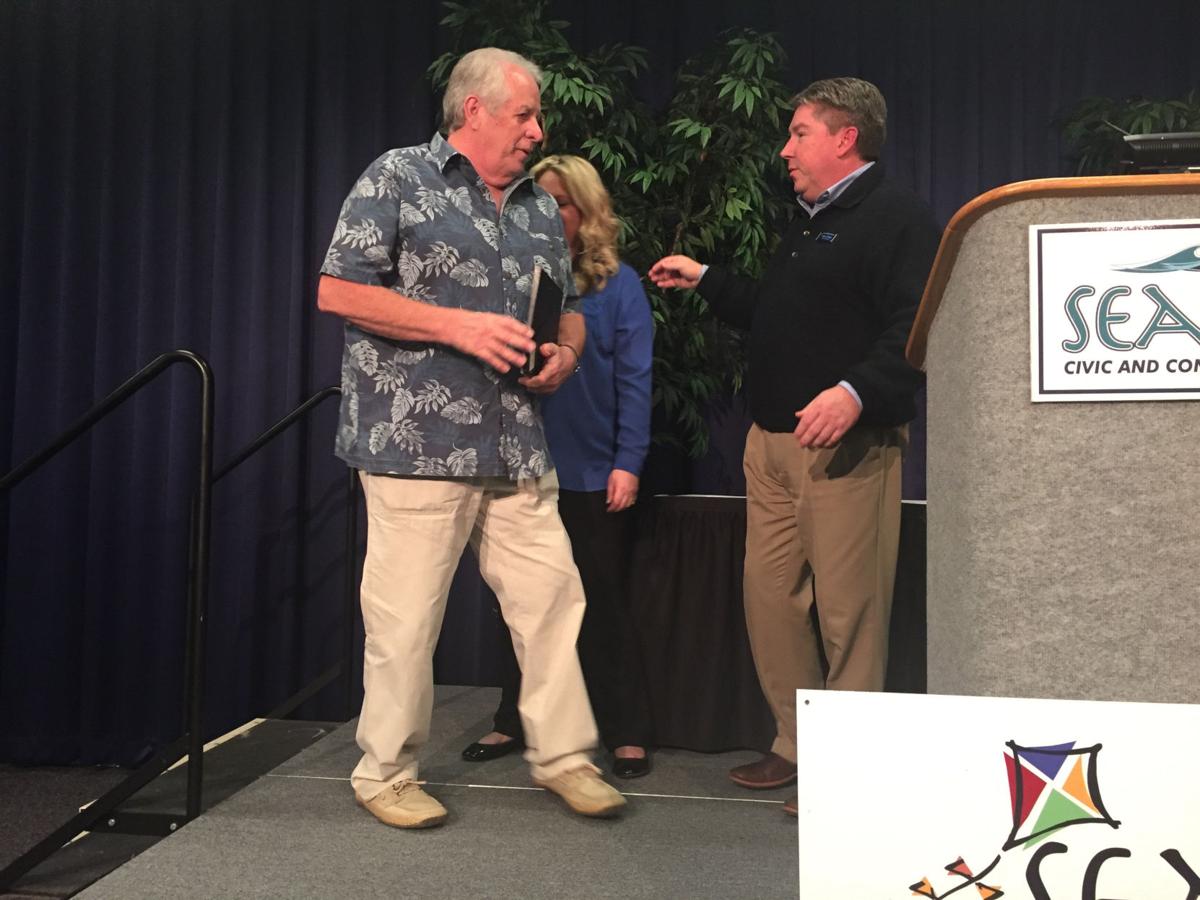 Chuck Miner accepts an award as Chamber Ambassador of the Year from Executive Director Brian Owen. 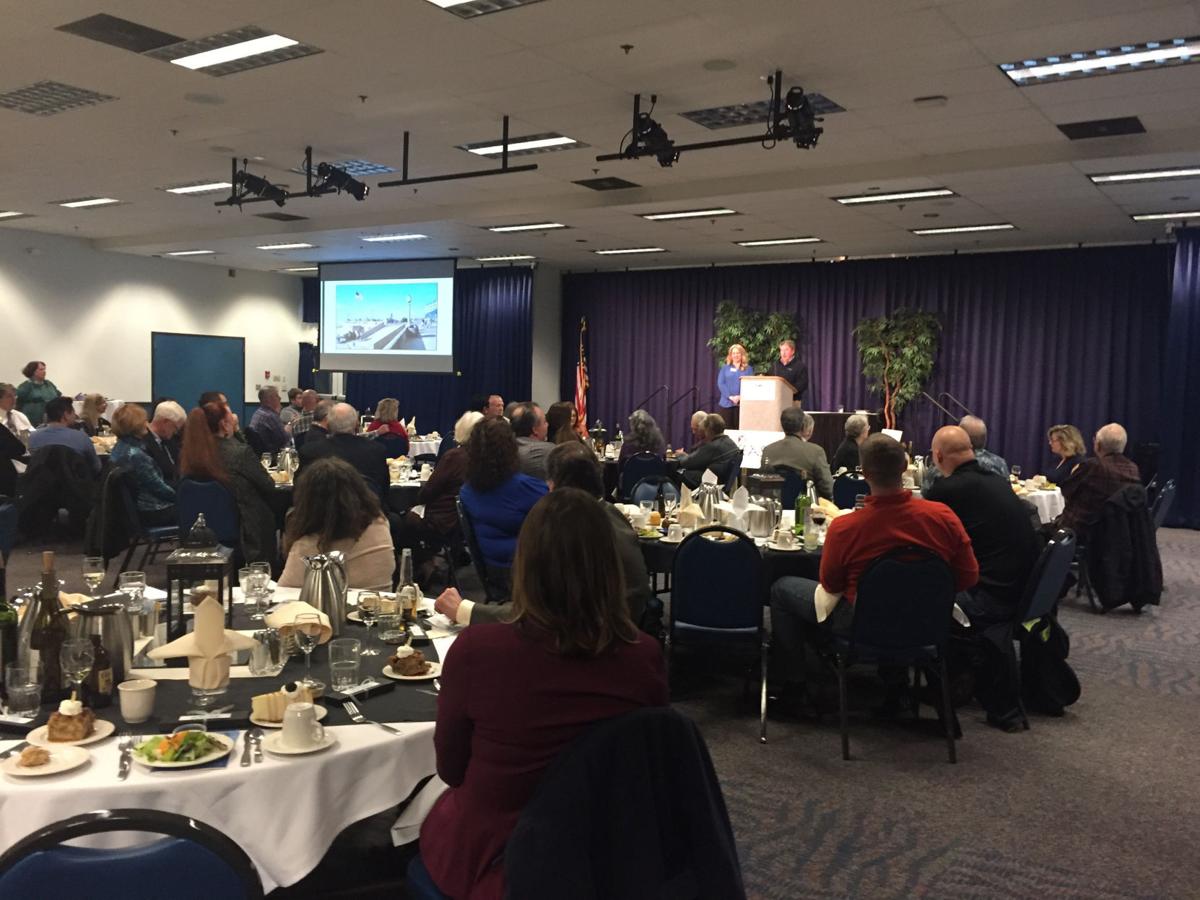 Guests at the Seaside Chamber of Commerce awards dinner. 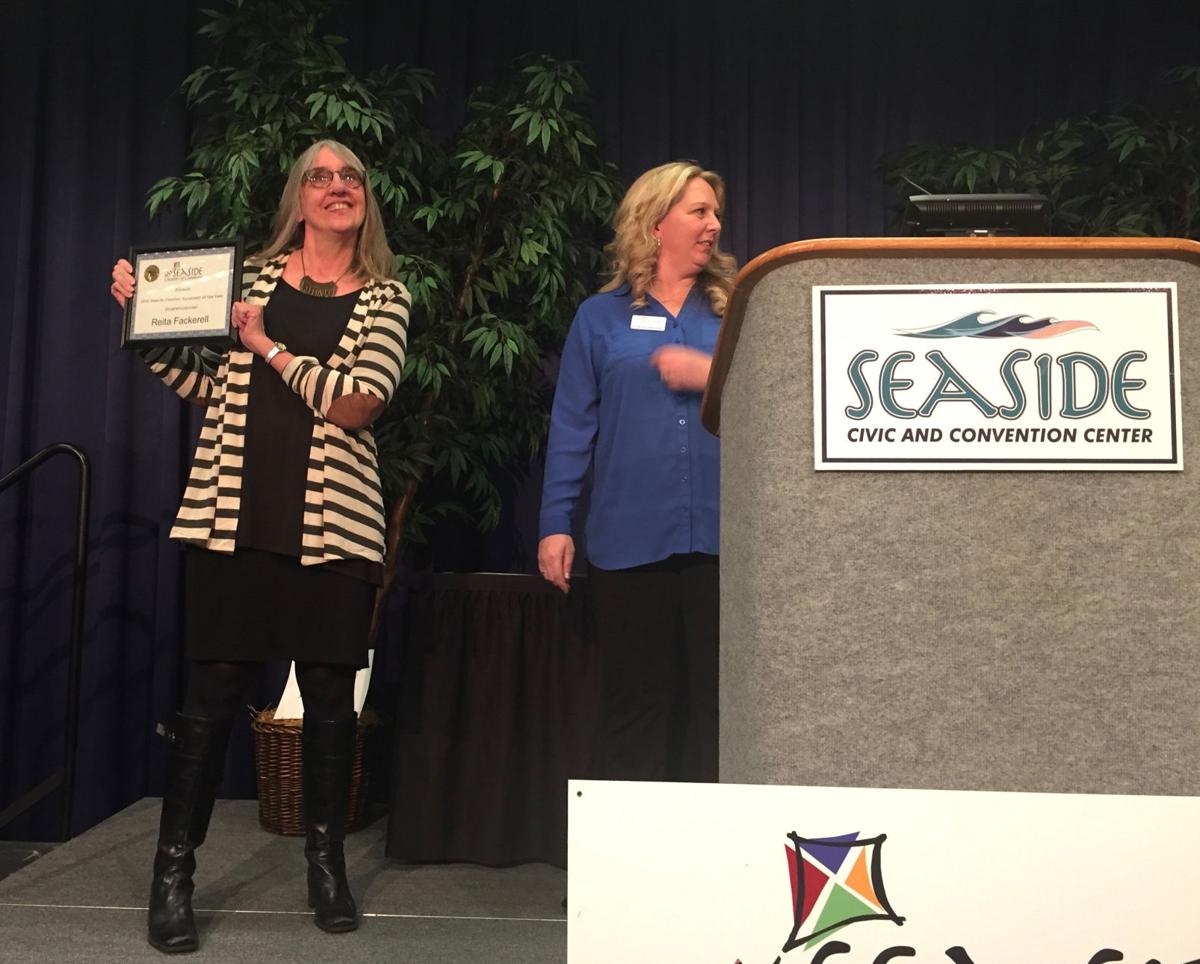 Chamber Volunteer of the Year Reita Fackerell and Stacey Brown at the chamber awards. 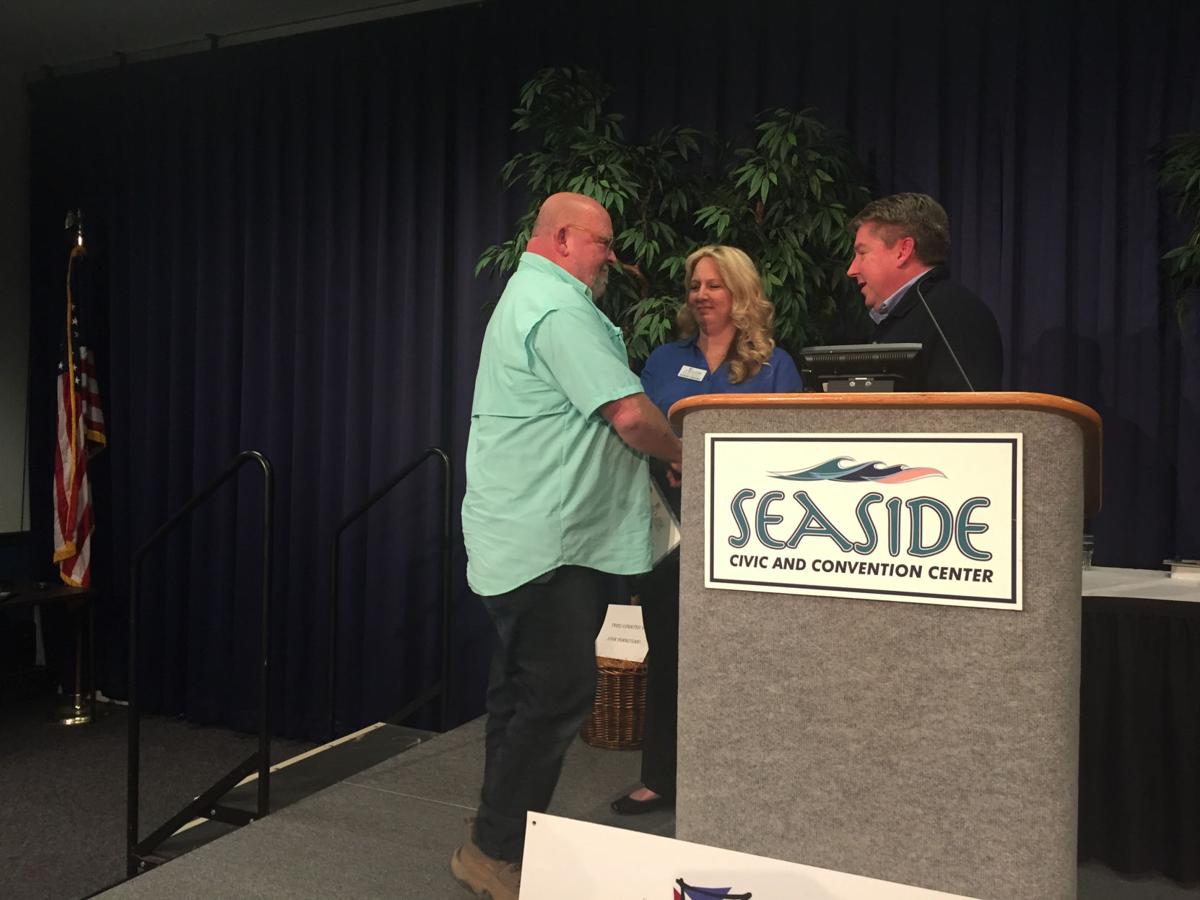 Chuck Miner accepts an award as Chamber Ambassador of the Year from Executive Director Brian Owen.

Guests at the Seaside Chamber of Commerce awards dinner.

Chamber Volunteer of the Year Reita Fackerell and Stacey Brown at the chamber awards.

Youth, athletics are benefits of volunteerism

Before the speeches began at Tuesday’s Seaside Chamber of Commerce awards banquet, Executive Director Brian Owen sent a shout-out to the Seaside Seagulls as the varsity boys sought to extend their undefeated record on the court against rival Valley Catholic.

The link to student athletics was especially appropriate as the chamber presented its vaunted Byron Award — named after longtime volunteer Byron Meek — to Ed Rippet, an organizer of the student athletic program Seaside Kids.

Fred Loser, recipient of the 2015 award, presented the honor.

“Seaside Kids originated from the business people in Seaside,” Rippet said in his acceptance speech. “They came up with so much money that they had enough leftover after they flew them to California to form the nonprofit Seaside Kids. Until this day, we are the only program that we know of in the state of Oregon where kids can play free. That’s because of your contributions.”

The chamber honored Seaside’s Bank of the Pacific as business of the year and Sadie Mercer of Maggie’s on the Prom as board member of the year. Chuck Miner received the chamber ambassador of the year honors and Terry Lowenberg of Beach Development received the Building Block Award for providing construction jobs and opportunities. Cheryle Barker received a life member award; Reita Fackerell was named volunteer of the year.

“The primary goal is to help businesses network and grow, and I think we rock at that,” Brown said. “Whether you’re an emerging small business experiencing growth pains, or a longtime business with solid roots, we want you to think of us as your proactive business partners.”

“What an improvement,” she said. “It’s really been a plus.”