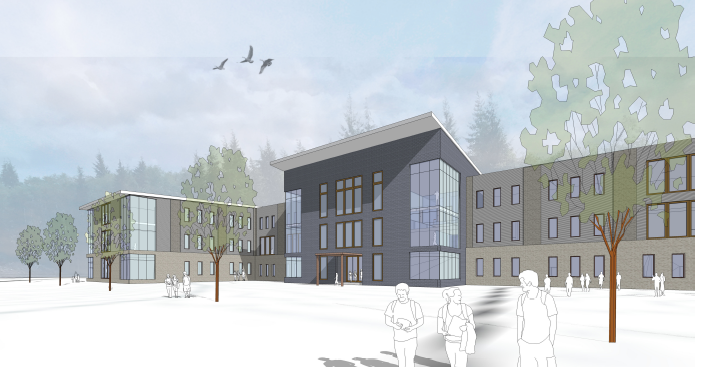 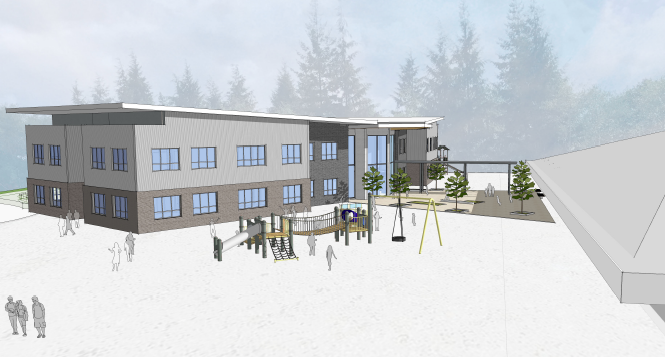 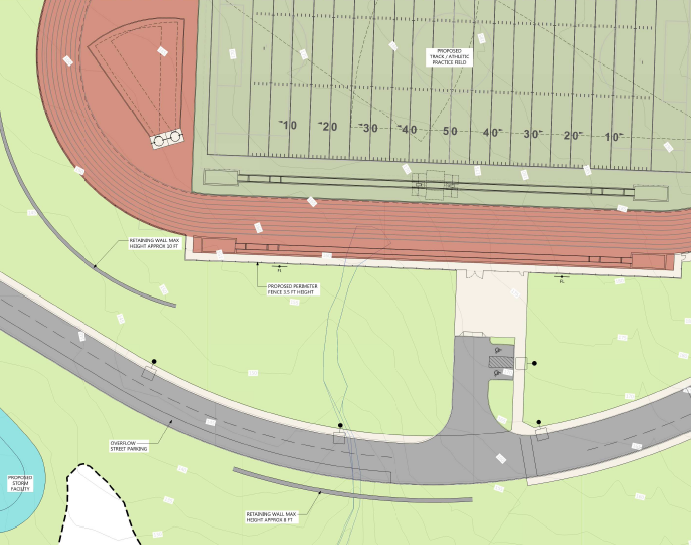 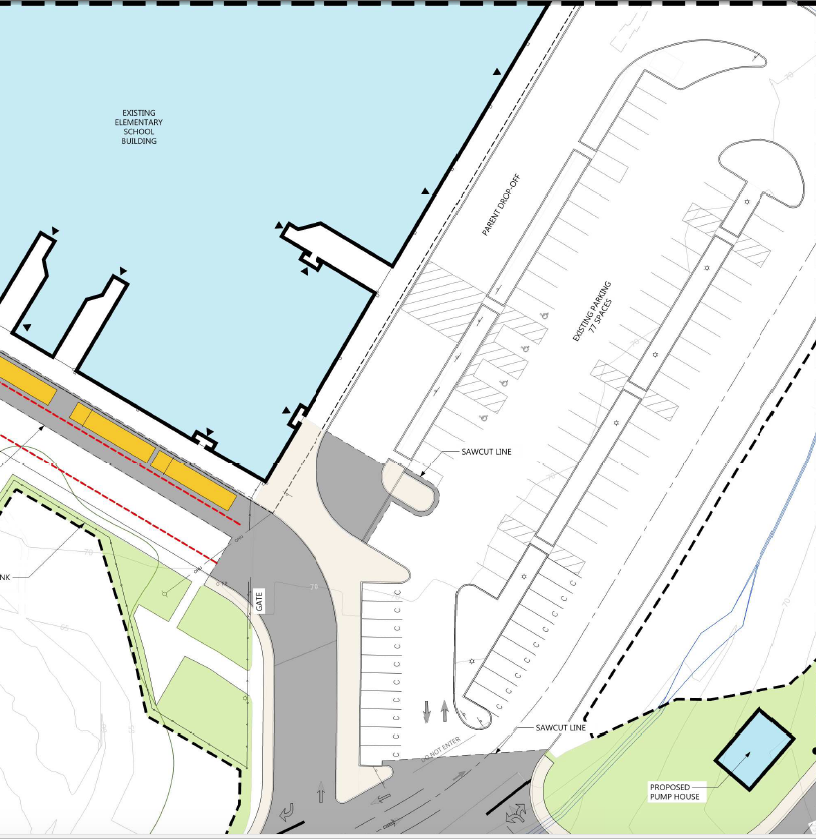 Campus parking plan delivered to the Planning Commission for review.

Campus plans delivered to the Planning Commission for review.

Campus parking plan delivered to the Planning Commission for review.

Campus plans delivered to the Planning Commission for review.

With the delivery of plans for the new $99.7 million campus to the Planning Commission, the race to completion officially began Tuesday night, March 6.

During an evening of questions from commissioners, costs, traffic issues and parking concerns dominated discussion.

After months of revisions, Seaside’s City Council unanimously approved a plan to bring two properties into the city’s boundary. The annexation of the property, located at 2000 Spruce Drive, marks the end of one phase of the process begun with the passage of a $99.7 million bond for a new school campus, approved by voters in 2016.

The decision enabled the school district to proceed with infrastructure like water, sewage and roads.

The district’s conditional use permit request includes plans for expansion of Seaside Heights Elementary School and construction of middle- and high-school facilities on 89 acres to the east of the elementary school.

District Superintendent Sheila Roley called the evening “one step in a long road,” following the budget vote, annexation, and amendment of the urban growth boundary and city master plan. The district has held at least 10 meetings seeking community input, she said, including a meeting of neighbors to review the plans. “I think we have presented the commission with a solid application that meets the criteria,” she said.

Funding questions, what public facilities will be included and impacts on the neighborhood were listed by consultant Greg Winterowd of Winterbrook Planning as key elements of the proposal.

“The district is making major contributions to the city,” he said, including system development charges for parks, transmission lines, and a 2-million-gallon water reservoir and booster pump station. Booster pumps, located near Seaside Heights Elementary School, will serve existing neighborhoods.

Traffic plans meet goals of the city’s transportation system plan, Winterowd said. “We’re not getting what we call significant impacts at any streets or intersections,” he said.

A right-turn lane from Spruce onto Wahanna Road will help ease some traffic flow, Winterowd said.

He said he welcomed a second “peer review” of the study to get a second opinion on traffic impacts.

“We are not generating impacts that require the district to pay for off-site improvements,” Winterowd said. “We feel we meet the criteria. We’ve done our work. If you look at the issues, we haven’t been idle.”

Winterowd said the district would work with neighbors to make streets safer and slow traffic.

District traffic consultant Will Farley said major collectors typically carry 7,000 cars per day. With the new campus there would be about 4,000 trips down Spruce Drive per day, “about half what you’d expect on a major connector” road.

Farley studied five intersections as part of the traffic study.

“Every one of them operated acceptably through 2020,” he said.

A right-hand turn lane at Wahanna is added “to have an acceptable level of service,” Farley said.

District consultants are working with the Seaside Fire Department to provide safe access and traffic calming devices. The driveway from Seaside Heights Elementary to the middle and high School building will be 30-feet wide, with an 8-foot parallel parking lane, leaving 22 feet for fire trucks to reach the site.

Staggered hours on the campus will also cut down on traffic. “We’re really doing our share,” he said.

In addition to 339 campus parking spaces, 143 overflow parallel parking spaces along the new driveway and in the existing Wahanna Road parking lot will be used for special events.

There was no public comment, either from proponents or opponents of the plan.

Winterowd said the district hopes to be open by 2020. “We’re asking that you carefully consider the application,” he said.

Winterowd requested a continuance until March 20, at which a new traffic study could be delivered. The hearing would remain open until April 3. “That’s the big ask — we hope you’ll make a decision.”

Cary Bubenik, operations manager for Hoffman Construction Co., said he hoped to break ground by June 1. “It’s aggressive, we know, but in the interest of getting it done in 27 months and open in 2020, that’s imperative.”

Fareed: This is how Republicans keep their power

See Trump's history of refusing to release his tax records