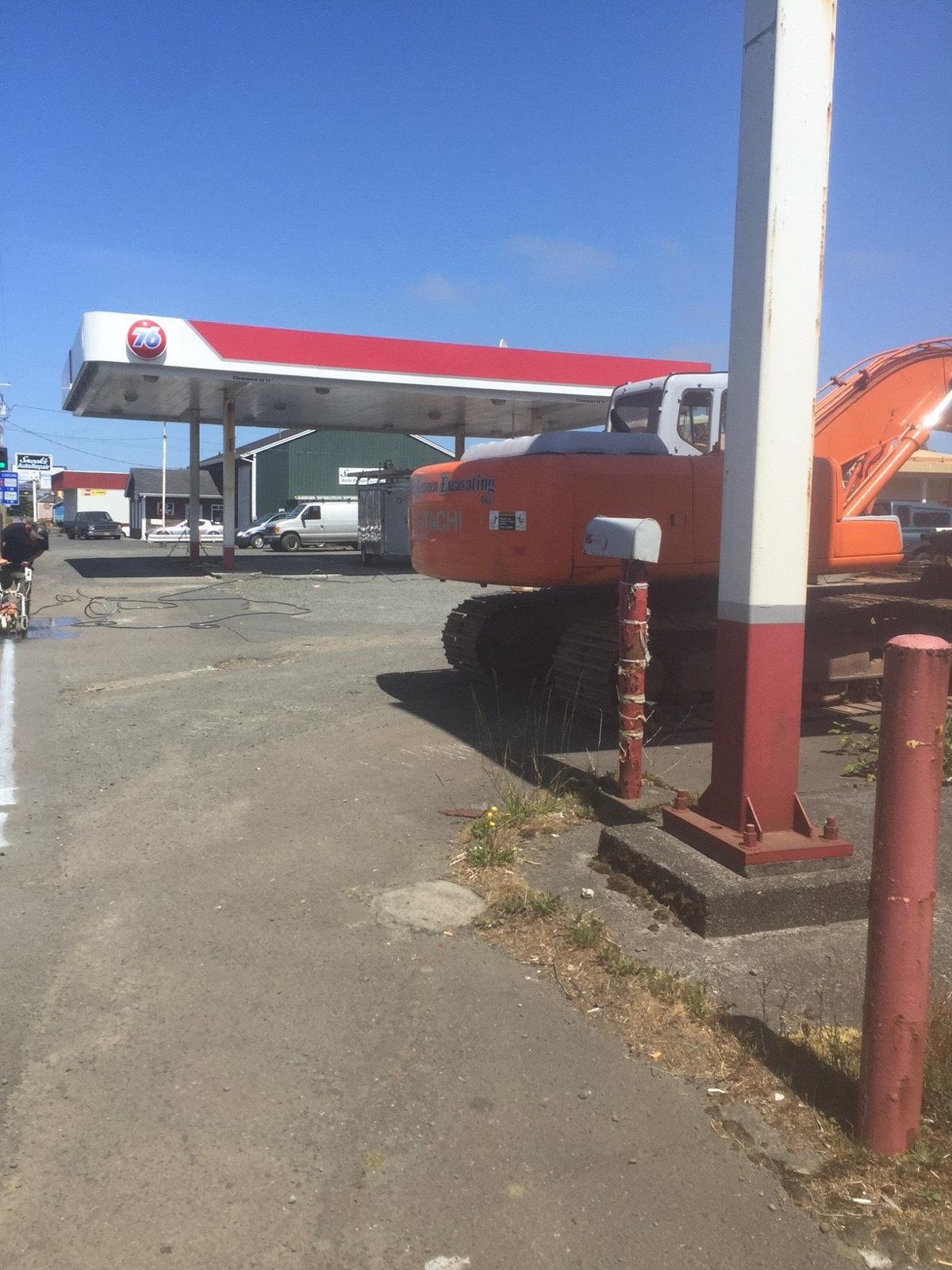 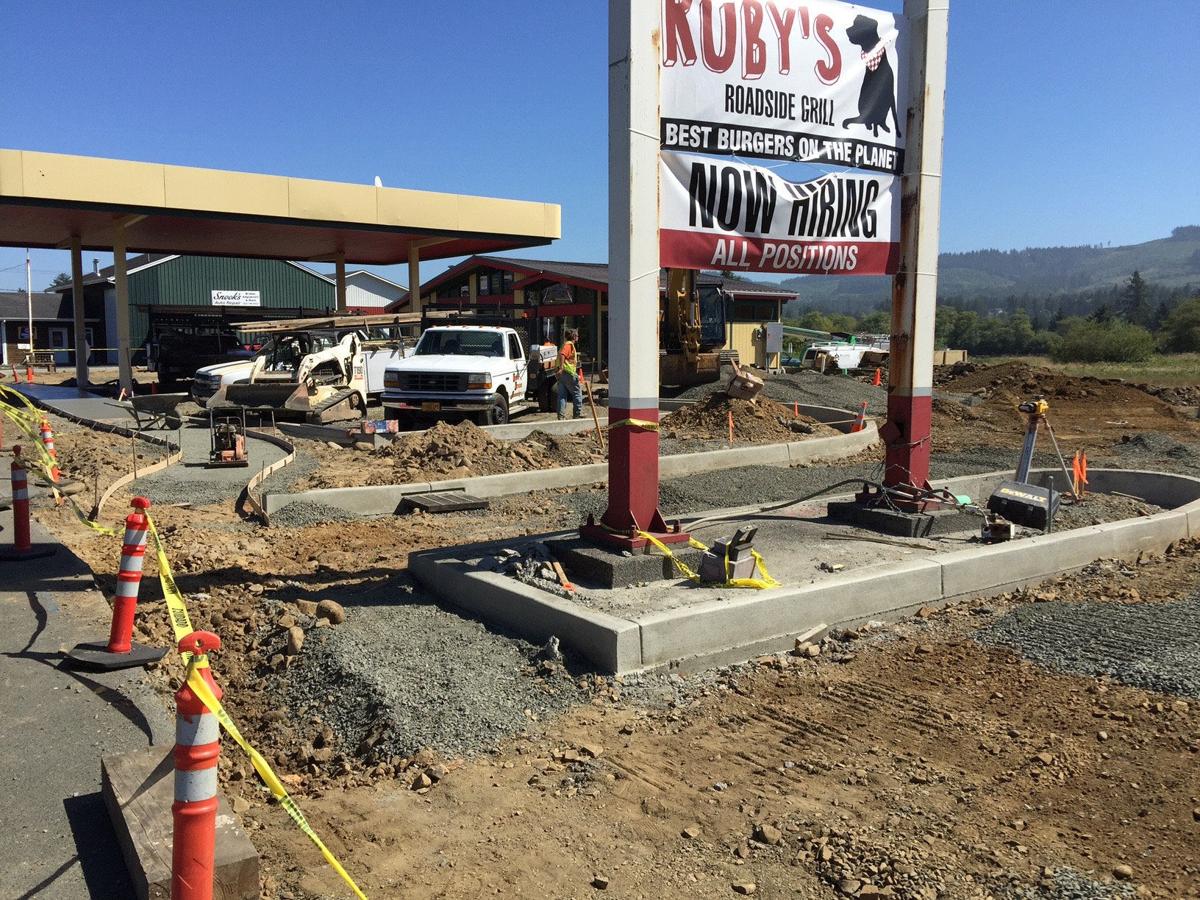 Ruby's Roadside Grill is one of the most recent additions to Seaside's dining scene. Located by Avenue U on Roosevelt Drive, the restaurant has contributed to improving the look of Seaside's southern welcome mat. 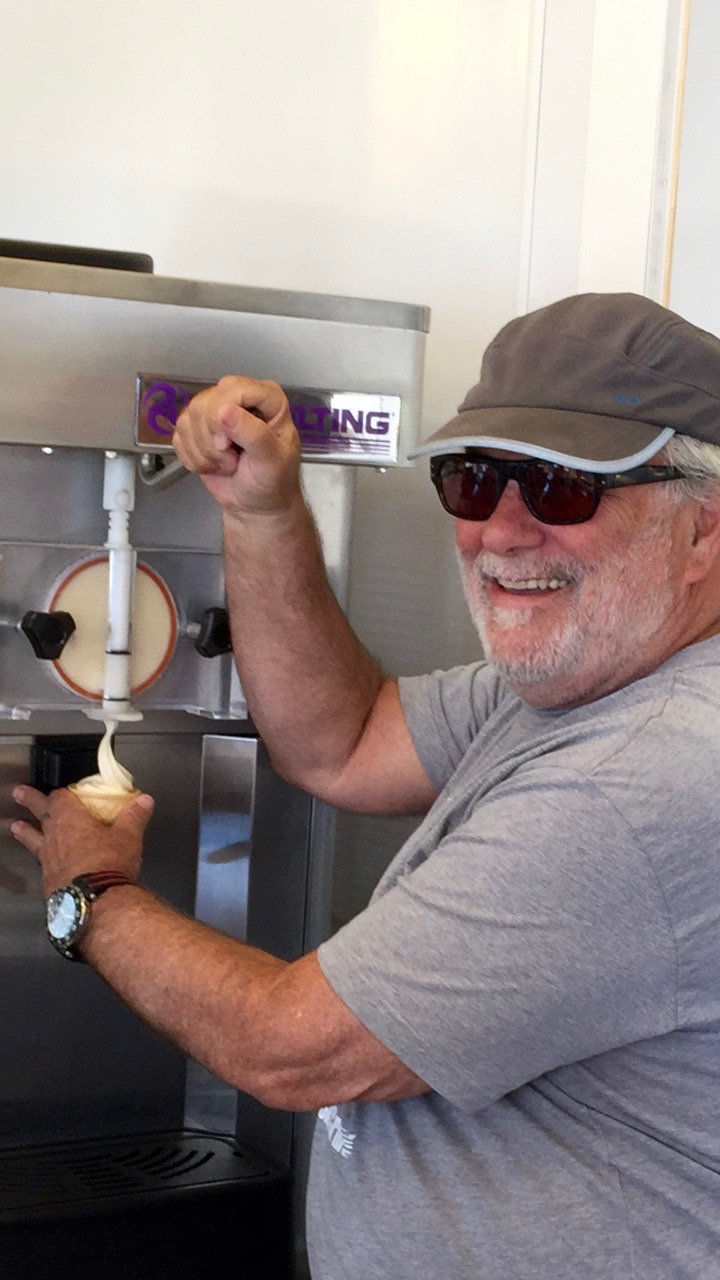 David Remer, who owns Ruby's Roadside Grill along with his wife Candace (not pictured), makes a soft-serve ice cream cone at the restaurant, which recently opening in south Seaside. 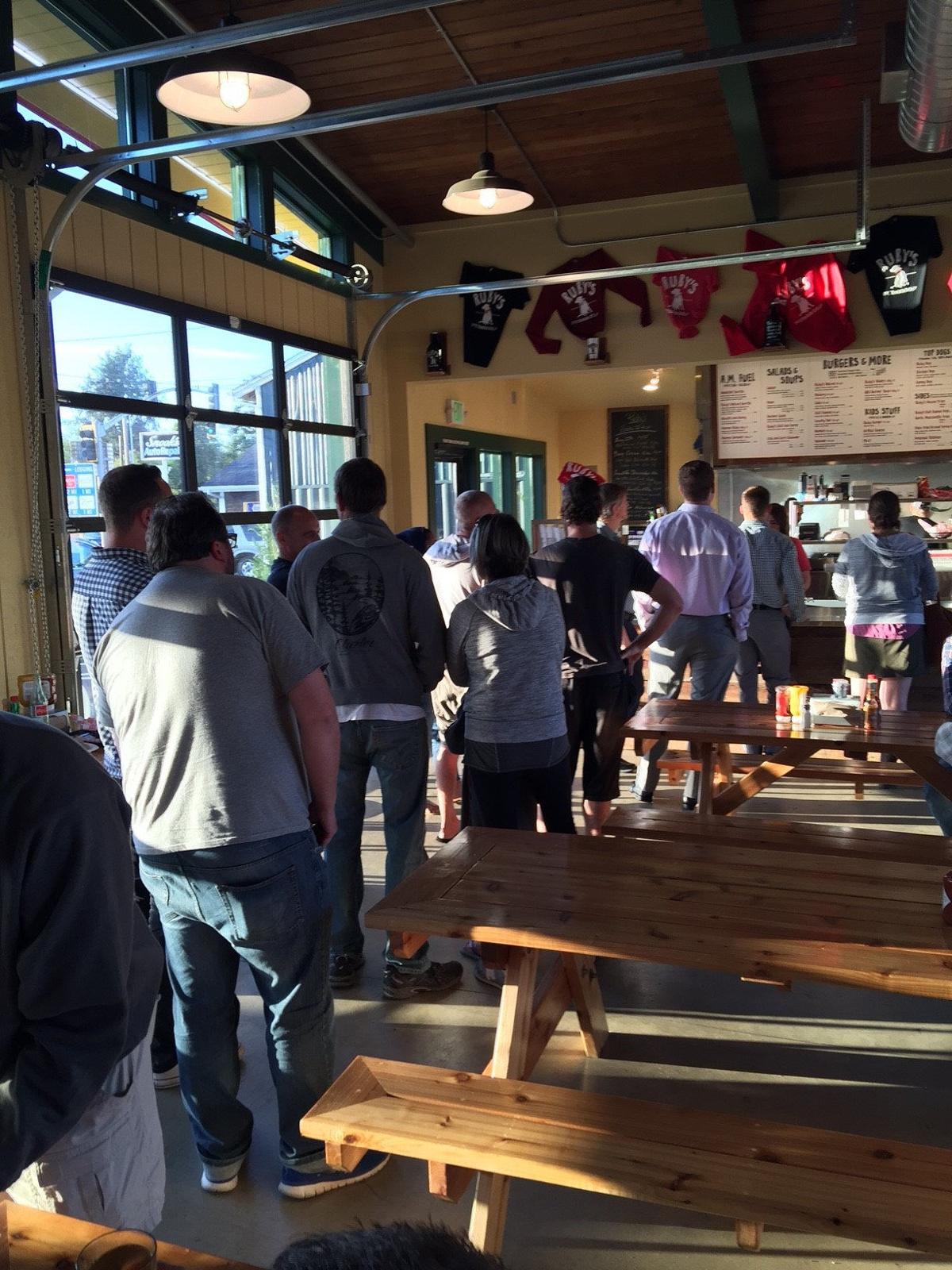 Patrons line up to try the new Ruby's Roadside Grill, one of the most recent additions to Seaside's dining scene. Located by Avenue U on Roosevelt Drive, the restaurant has contributed to improving the look of Seaside's southern welcome mat. 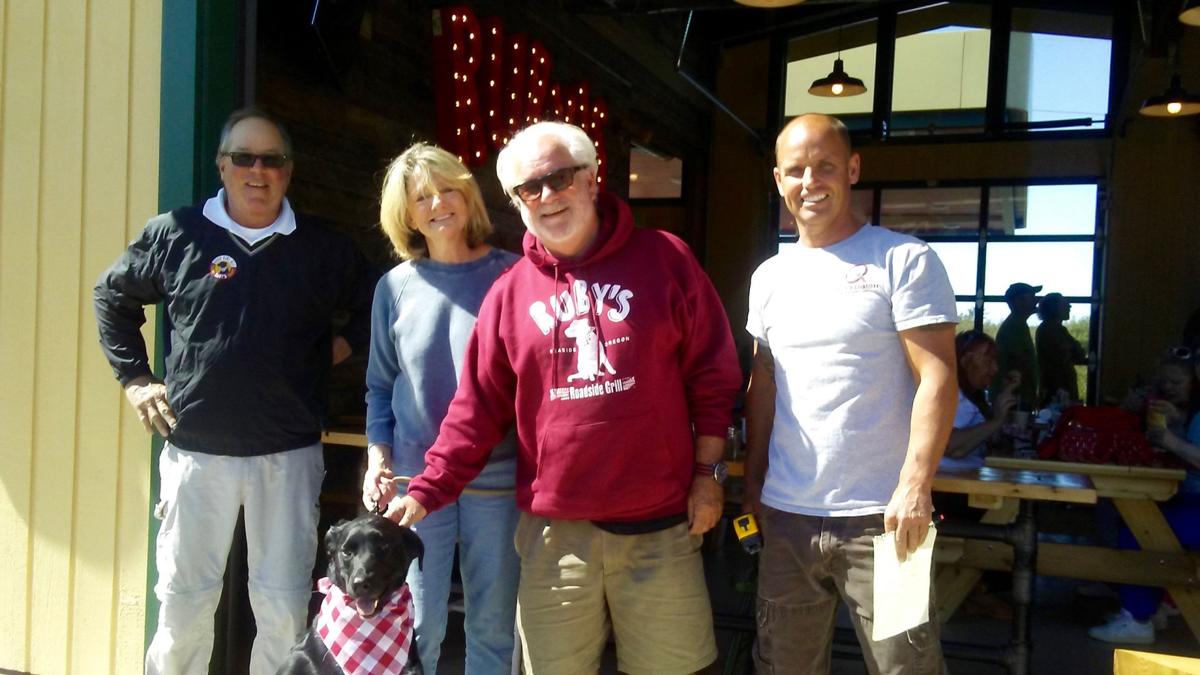 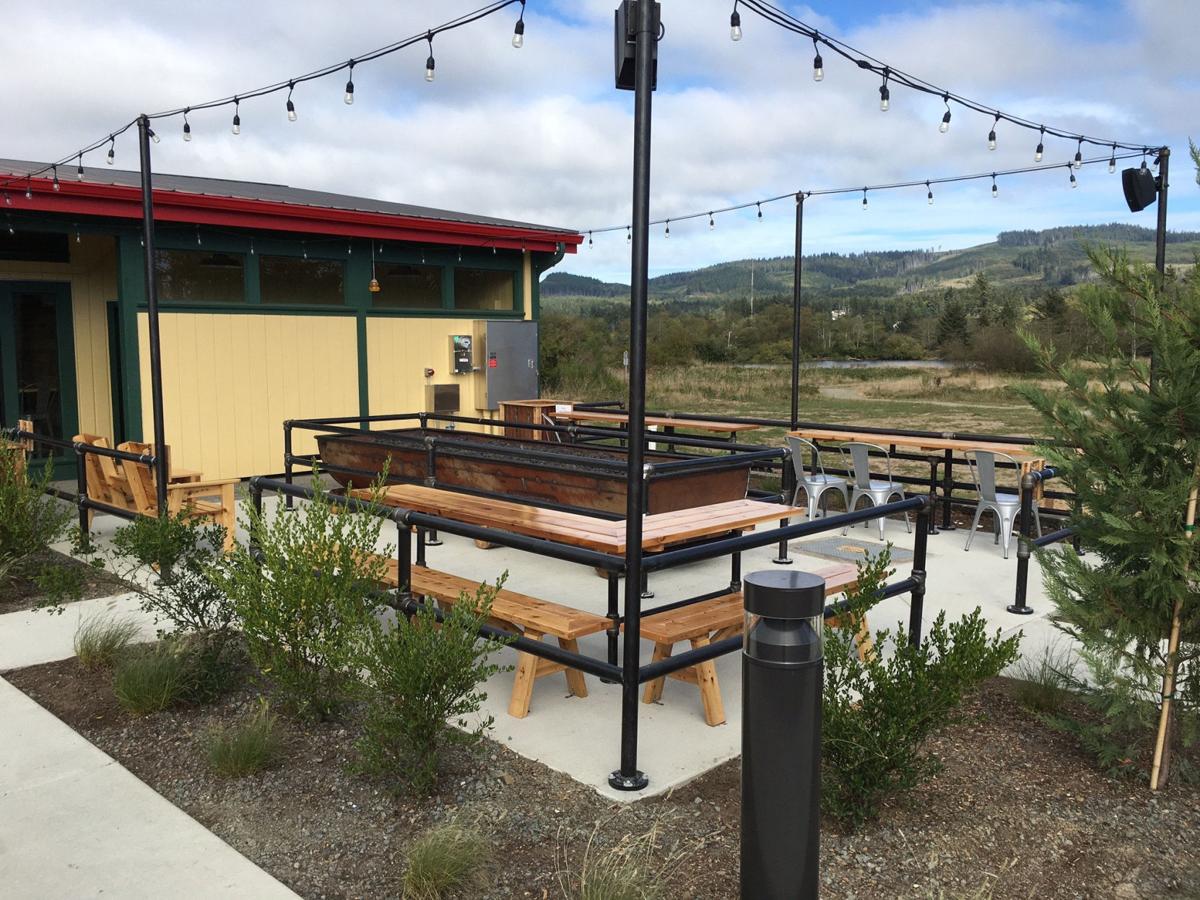 The old 76 gas station has been transformed into a new restaurant, Ruby's Roadside Grill, serving American fare in a fast-casual environment.

Ruby's Roadside Grill is one of the most recent additions to Seaside's dining scene. Located by Avenue U on Roosevelt Drive, the restaurant has contributed to improving the look of Seaside's southern welcome mat.

David Remer, who owns Ruby's Roadside Grill along with his wife Candace (not pictured), makes a soft-serve ice cream cone at the restaurant, which recently opening in south Seaside.

Patrons line up to try the new Ruby's Roadside Grill, one of the most recent additions to Seaside's dining scene. Located by Avenue U on Roosevelt Drive, the restaurant has contributed to improving the look of Seaside's southern welcome mat.

The old 76 gas station has been transformed into a new restaurant, Ruby's Roadside Grill, serving American fare in a fast-casual environment.

Gone are the days when a defunct 76 gas station was one of the first sites greeting people as they entered Seaside from the south. In its place, the recently opened Ruby’s Roadside Grill seeks to beautify the location while serving classic American fare in a down-to-earth, fast casual environment.

The best establishments are those with “a soul, a history, a genesis,” according to David Remer, who owns the restaurant with his wife Candace. When working on the project with local contractor Chris Quackenbush, owner of Quackenbush Builders, the Remers expressed a desire to keep that character intact while making the facility functional as a restaurant.

“We kind of took an existing building, and this is what we ended up with,” Candace Remer said. “And I think it ended up a lot better than we thought it could.”

For Quackenbush, the project presented the unprecedented opportunity to contribute to the design of a commercial building, whereas in the past, he has worked off a set of plans from an architect. During the design phase, Quackenbush said, his main focus was collaborating with the Remers and “listening to what they wanted for the flavor of the building and doing the best to meet their expectations.”

The Remers, who live in Seattle, purchased the property about a year and a half ago. Their original vision for the location was smaller and more subtle: to remove the gas station entirely and build a hotdog stand named Dog Bites, David Remer said. As they began the process, however, “we realized there was more we could do than our initial plan,” he said.

In the beginning, it was easier for the team — which included restaurant manager/operator Mark Newsome ­­ to identify what characteristics they didn’t want: corporate, franchise, premade and formulaic.

Rather, they wanted the restaurant design to inspire an atmosphere that was honest, open and welcoming, and their choices during the five-month construction phase reflected that. The walls were kept in their original place. Duct work and electrical conduits are still visible. Roll-up doors – remnants of the building’s past life as a gas station — now open to patio seating and a sweeping view of Seaside’s Mill Ponds and the eastern mountain range. Two of the walls and counter are constructed from refurbished wood from a 1940s barn. A large fire pit invites guests outdoors, regardless of weather. Inside seating is primarily comprised of picnic tables.

The synthesis of the restaurant’s physical layout, ambience and menu places it in the category of fast casual dining, with “better food sold informally like this,” David Remer said.

It’s a place a person could be accompanied by their dog. Which is fitting, as the restaurant’s namesake, CEO and chairman, according to the Remers, is their black Labrador retriever, Ruby.

“We’re so infatuated with dogs,” David Remer said. They also love the beach — hence why they acquired a second home in Seaside nine years ago — and “the beach is all about a dog.”

“This has all fallen together like an obvious puzzle,” he added.

The Remers were working with Quackenbush on a different project when they started planning for their restaurant. They asked him to come on board, a valuable contribution to the team.

“He didn’t just build it,” David Remer said. “He helped us create it.”

The Remers also were looking for a general manager when they were referred to Newsome by a mutual friend. Using his extensive history in the restaurant industry, Newsome crafted a menu around David Remer’s original vision, hot dogs, in addition to hamburgers, fries, shakes and some specialty items, like sautéed Brussel sprouts, chowder, fish tacos and breakfast burritos.

“I started playing with different recipes at home to make it a varied menu,” Newsome said.

Another valuable player for the restaurant is associate manager Timmy Matthews, former owner of Guido and Vitto’s. Because of her expertise and relationship with many community members, “she’s been a real asset,” Newsome said.

The Remers and Quackenbush feel the location of Ruby’s is beneficial for both the restaurant and the city.

For starters, the decrepit gas station “was such an eyesore as you roll into Seaside,” Candace Remer said.

The Remers wanted to change that as a way of investing in the community.

From a business perspective, they feel the strategic location makes them accessible to those coming or going from Seaside.

Quackenbush had the idea to further take advantage of the location by removing the swath of invasive species to the east, which opened up a view of the Mill Ponds.

The goal is to beautify the area, which “is the welcome mat to Seaside from the south,” Quackenbush said.

The original plan was to open the restaurant in July, but the weather and other issues postponed the opening. Even after taking customers starting in early September, the Remers consider this a soft opening. “Because of the abundance of customers, we’re finding them quickly,” David Remer said. “We’re being punished with our own good fortune.”

Throughout the whole process, the Remers feel the restaurant has been received well by local government agencies, the community and customers.

“Everyone’s been so supportive and cooperative,” David Remer said. “It’s opened up the whole community to us socially as well as financially.”

Whitmer: Many hospitals are already at capacity