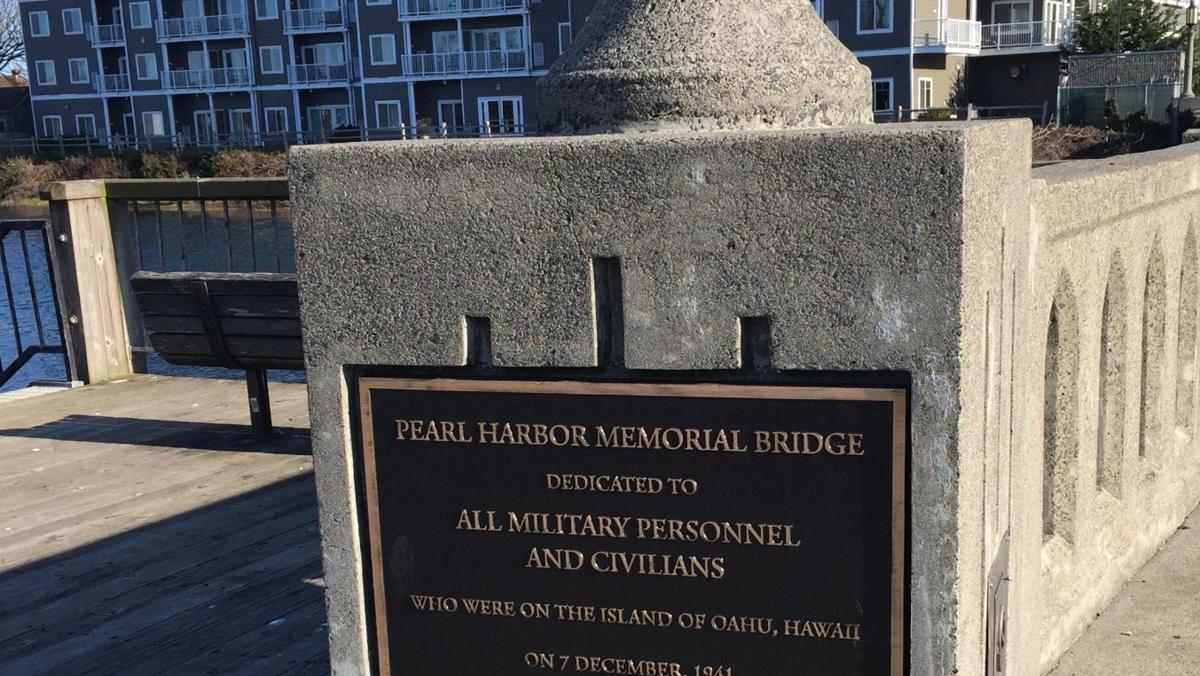 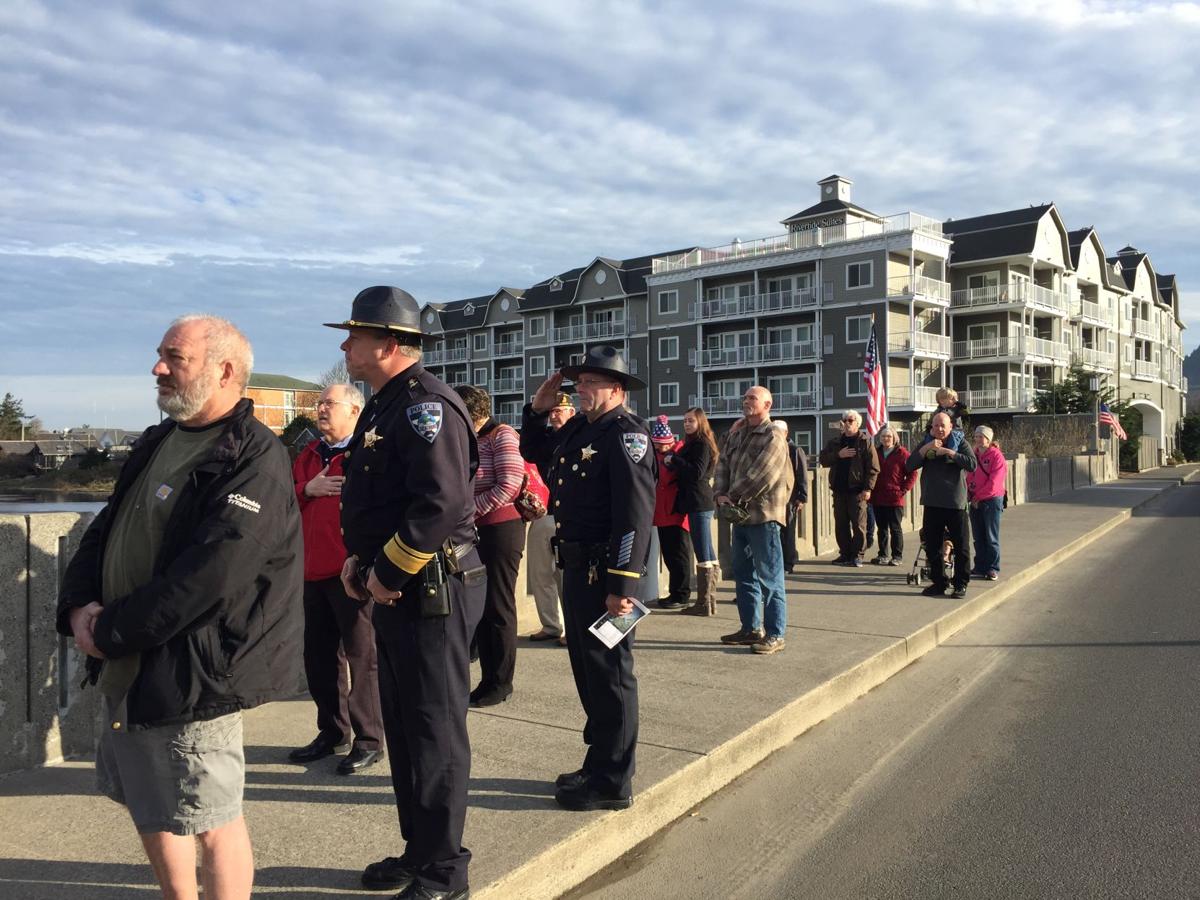 Remembering Pearl Harbor on the First Avenue Bridge in 2018. 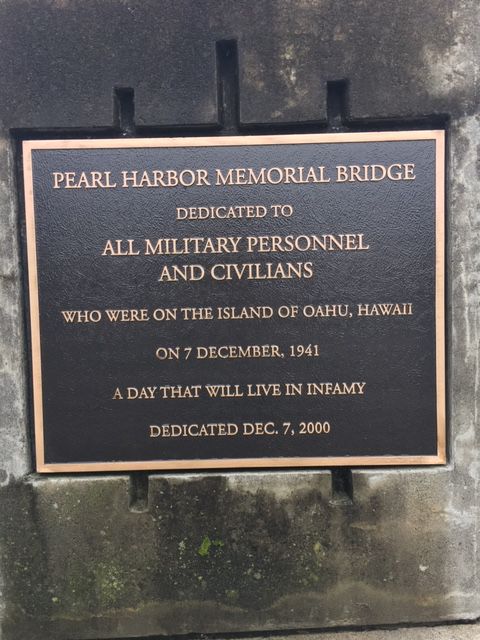 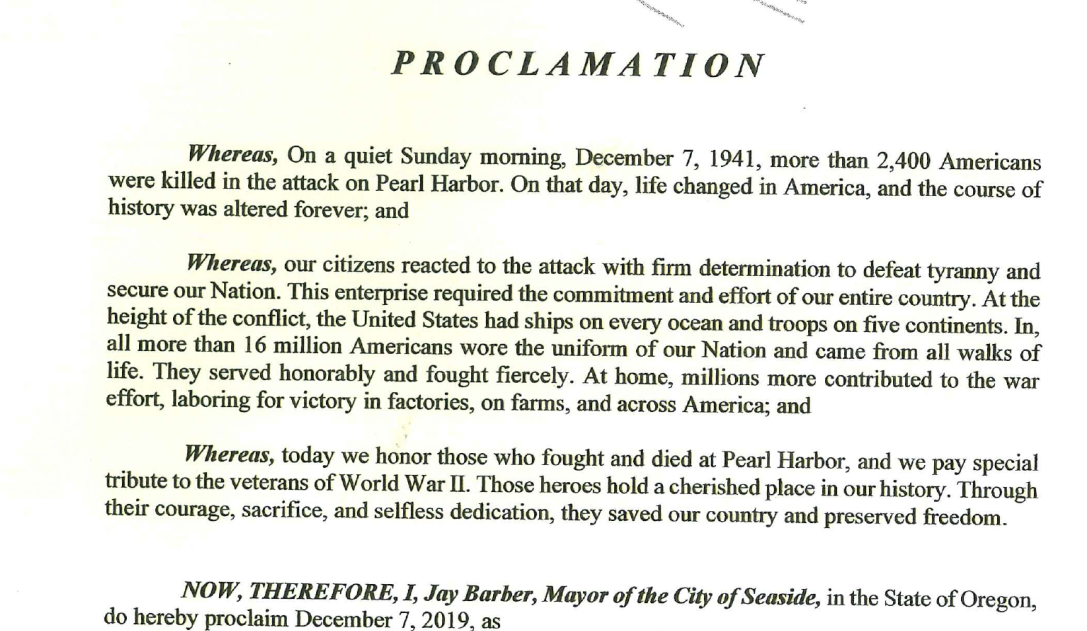 Remembering Pearl Harbor on the First Avenue Bridge in 2018.

Seaside’s long history of observing Pearl Harbor Day continues as the City Council passed a proclamation Monday night to remember Dec. 7, 1941, when more than 2,400 Americans were killed in the attack.

“On that day, life changed in America, and the course of history was altered forever,” reads the proclamation.

Delivered by Seaside veteran Bill Carpenter, the proclamation was unanimously endorsed by members of the council.

Carpenter also announced this year’s remembrance to take place Saturday, Dec. 7, in the Seaside Civic and Convention Center lobby. A military flyover is anticipated at 9:55 a.m., the time at which the first shells hit American vessels in Pearl Harbor.

Bill Thomas, a seaman on the USS Medusa, was “the impetus” for Seaside’s first Pearl Harbor remembrance.

In the 1970s, Thomas moved to Seaside where he rallied for veterans and proposed a Pearl Harbor memorial on the First Avenue Bridge.

The granite plaque in the center of the bridge was installed in 1991.

With the dedication of the bronze plaque at the First Avenue northwest corner on Dec. 7, 2000, the bridge was renamed the Pearl Harbor Memorial Bridge.

The city’s proclamation recalls those who served.

“On that day, life changed in America, and the course of history was altered forever,” it reads.

“At the height of the conflict, the United States had ships on every ocean and troops on five continents. At home, millions more contributed to the war effort, laboring for victory in factories, on farms, and across America.

“Those heroes hold a cherished place in our history,” the proclamation continues. “Through their courage, sacrifice, and selfless dedication, they saved our country and preserved freedom.”

Howard Dean: I'd rather be where Sanders is than anyone else

She's lived in the US for years. Now she faces a tough choice