Members of the Sunset Empire Park and Recreation District Board of Directors review proposals for a strategic plan at the Sunset Recreation Center. 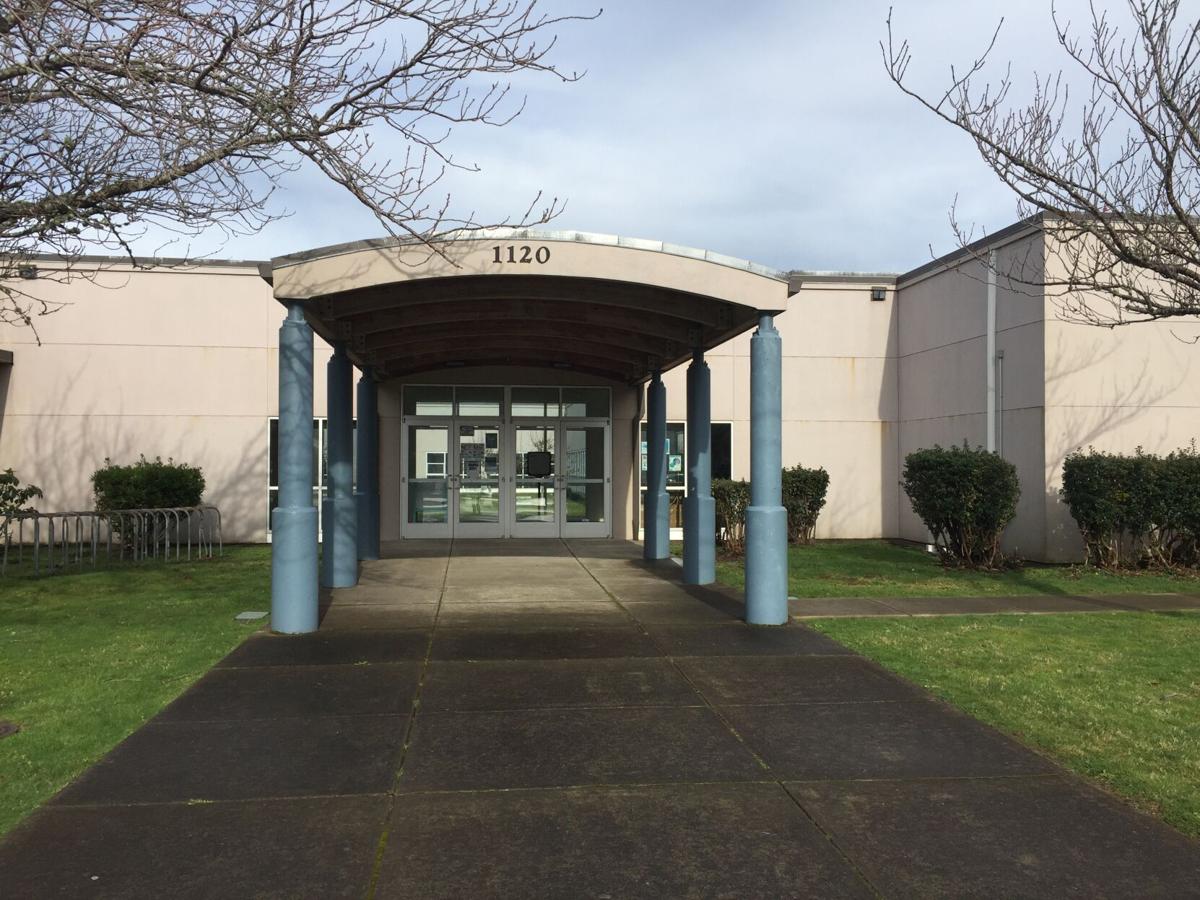 The Sunset Recreation Center in Seaside.

The Sunset Empire Park and Recreation District selected a strategic consultant to plan the future of the Sunset Recreation Center.

“It’s the recommendation of that group to select the Sports Facilities Advisory working with Scott Edwards Architecture for the opportunity to partner with us on our plan for the future of Sunset Recreation Center,” Skyler Archibald, the park district’s executive director, said in presenting the decision to the board last Tuesday. “This is a significant step forward in the district.”

The park district purchased the former Broadway Middle School for $2.15 million in January. The middle school, renamed the Sunset Recreation Center, was among Seaside School District properties relocated to the new Spruce Drive location outside of the tsunami inundation zone.

Board members Celeste Bodner and Michael Hinton worked with owner’s representative David Dwyer of the Klosh Group to evaluate the proposals. “We had three terrific responses from qualified firms,” Archibald said.

The park district has budgeted $75,000 for the strategic planning process. Sports Facilities Advisory provided a $61,600 cost estimate. Oregon-based Winning Mark Technologies’ bid proposal was $44,760. Board members felt they lacked the experience for the project. Ballard-King & Associates, which has worked with the park district before, presented a project estimate of just over $55,000.

“We did feel that we needed a fresh set of eyes,” Hinton said. “That also put us back to the sports advisory group.”

The Sports Facilities Advisory group’s experience — 18 years in 2,000 communities with over 1,000 employees — impressed Bodner. “They have a lot of information about how to both build facilities and they also operate facilities.”

The firm has experience working in communities of all sizes, she said, with both new buildings and rehabilitation.

“One of the compelling pieces about this particular firm, is that they come to the table with a lot of lessons learned and data to back that up,” she said. “And they also are experienced in the categories that we’re looking for, of course, expanding recreation for all, but they are the largest sports tourism contractor in the country.”

Based in Clearwater, Florida, the advisory group works with Scott Edwards Architecture, a Portland architectural firm which has done projects throughout the state, among them the Gladstone Civic Center, Civic Park in Eugene and the Tualatin Parks and Recreation Department office.

“They know this area, they know our Northwest aesthetic, and this is right up their alley,” Bodner said. “They’ve done lots of park and rec kind of projects.”

The consultant will be working from a 20-week timeline, from the project “kick-off call” to the final report.

Bodner anticipates the group will work with the board, staff and community to deliver proposals about highest and best use for the facility.