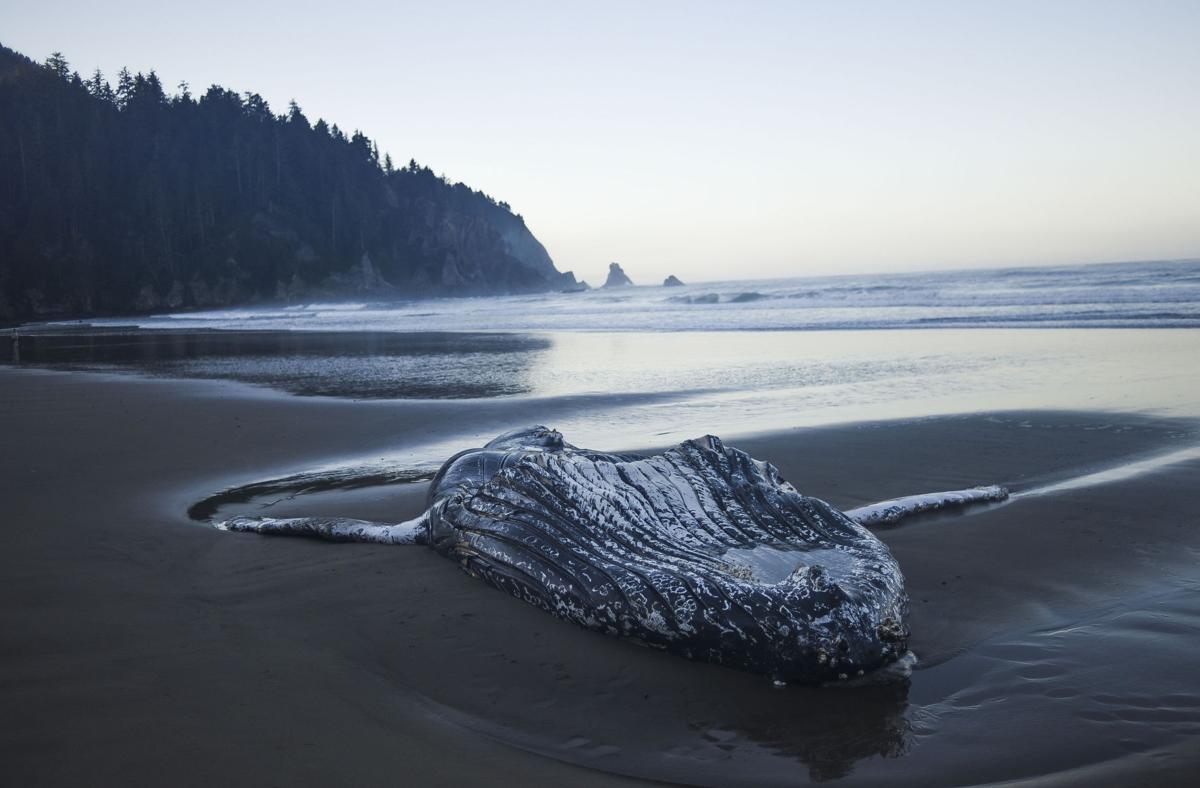 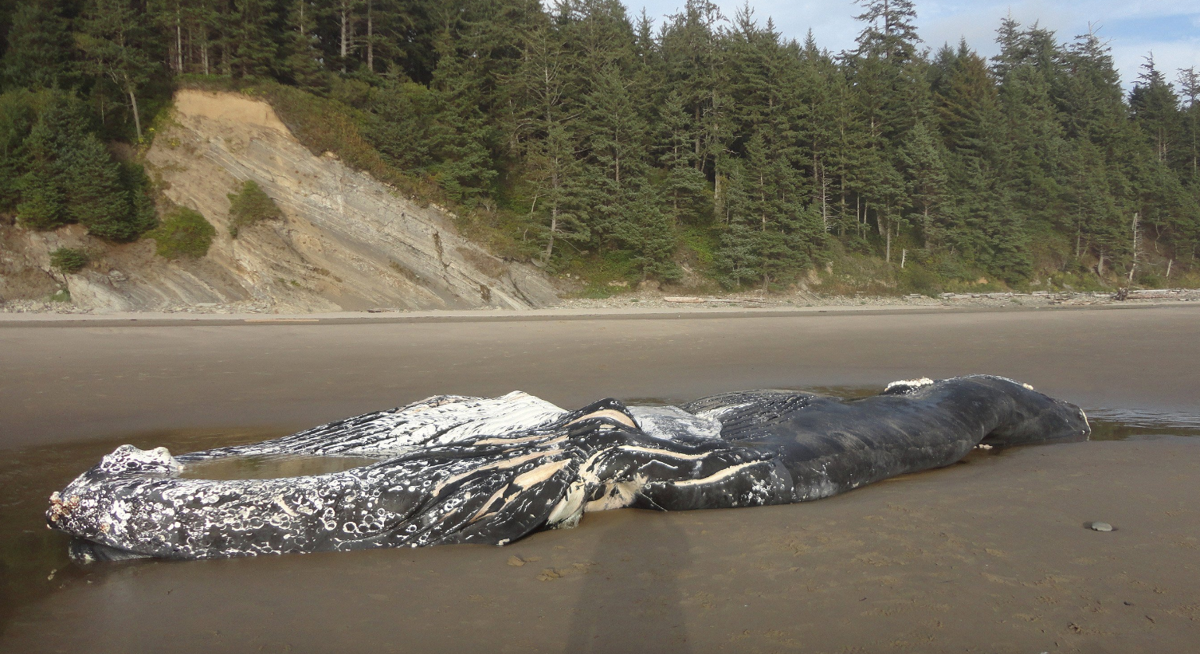 Researchers hope to be able to collect samples from the dead whale that floated to Oswald West State Park on Tuesday, after the initial landing in Arch Cape. 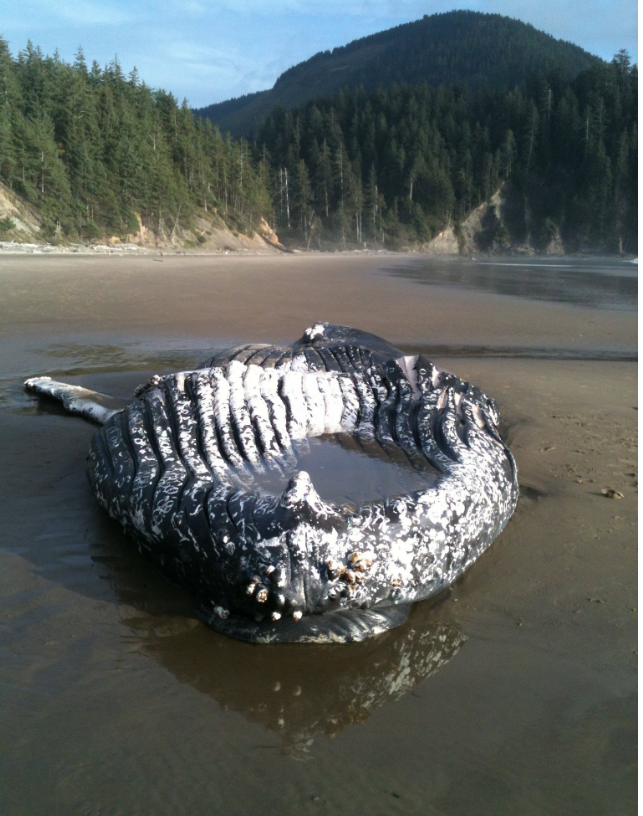 The whale after landing at Oswald West State Park on Tuesday.

Researchers hope to be able to collect samples from the dead whale that floated to Oswald West State Park on Tuesday, after the initial landing in Arch Cape.

The whale after landing at Oswald West State Park on Tuesday.

Remains of a dead humpback whale washed back to shore Tuesday, this time at Short Sand Beach in Oswald West State Park.

The whale is not expected to return to sea again. “It looks like we’re having a series of lower tides and based on the current location of the whale, we’re expecting it to remain in place,” Cox said.

Because of fewer visitors and cooler temperatures, Oregon Parks and Recreation Department staff will leave the whale to decay naturally. During a busier time, staff would likely bury it.

The whale came ashore only 2 miles south of where it was first found on an Arch Cape beach Friday. The whale’s stomach was initially bloated with gas, but deflated midday Saturday, leaving stomach contents and a stench that filled the air. Because of tide patterns, Chandler and Tiffany Boothe of the Seaside Aquarium and a team of researchers from Portland State University were unable to access the whale Saturday.

By their return the next day, the whale had washed back into the ocean.

“Where it washed ashore at Arch Cape, it was on a cobble beach,” Cox said. “With no sand there to create that extra friction, it floated out to sea.”

“When whales come to shore, they have often been dead for weeks,” said Jim Rice, Oregon State University Marine Mammal Stranding Network coordinator. “Natural mortality can be harder to determine when the carcass has been floating at sea for awhile.”

Chandler noted the mammal had been dead for some time and its tissues likely rotting, which could make understanding its cause of death more difficult.

A necropsy’s purpose is both to determine why the animal died and to gather tissues that can be used for future studies on the animal’s nutrition and other research topics, Rice said. Potential reasons for whale deaths in general include lack of prey, diseases, biotoxins and trauma through fishery gear entanglement or collisions with vessels.

Humpbacks are less common than gray whales, but occasionally wash up on the North Coast.

Oregon State Parks and Recreation staff will be on hand at Short Sand Beach at 1 p.m. Saturday and Sunday for free interpretive talks, whether the whale washes back out or not. Staff will talk about the importance of whales in the marine environment and the food source they provide when they wash ashore, Cox said.

According to the parks department, visitors should not take any pieces of the whale or touch it and pets should be kept away from the shore. Researchers with required federal permits can collect tissue from the mammal.

The different ways Trump and Biden talk about gun violence