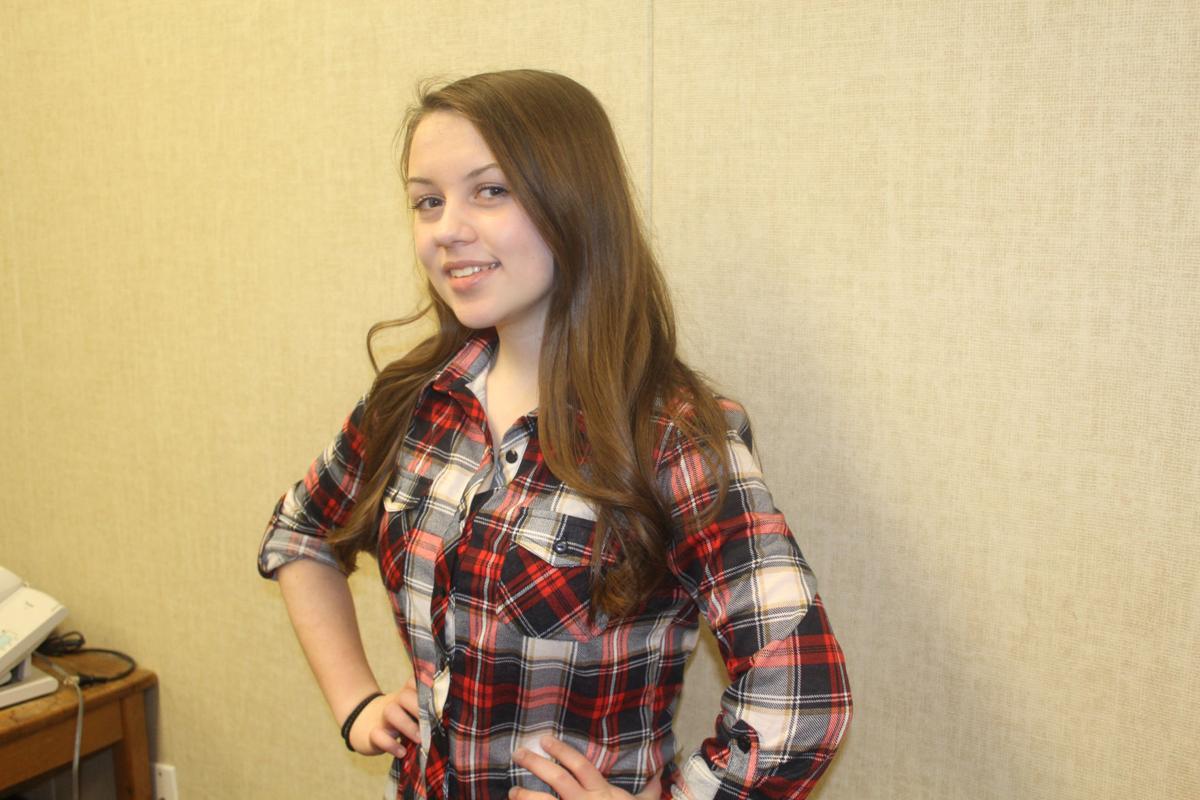 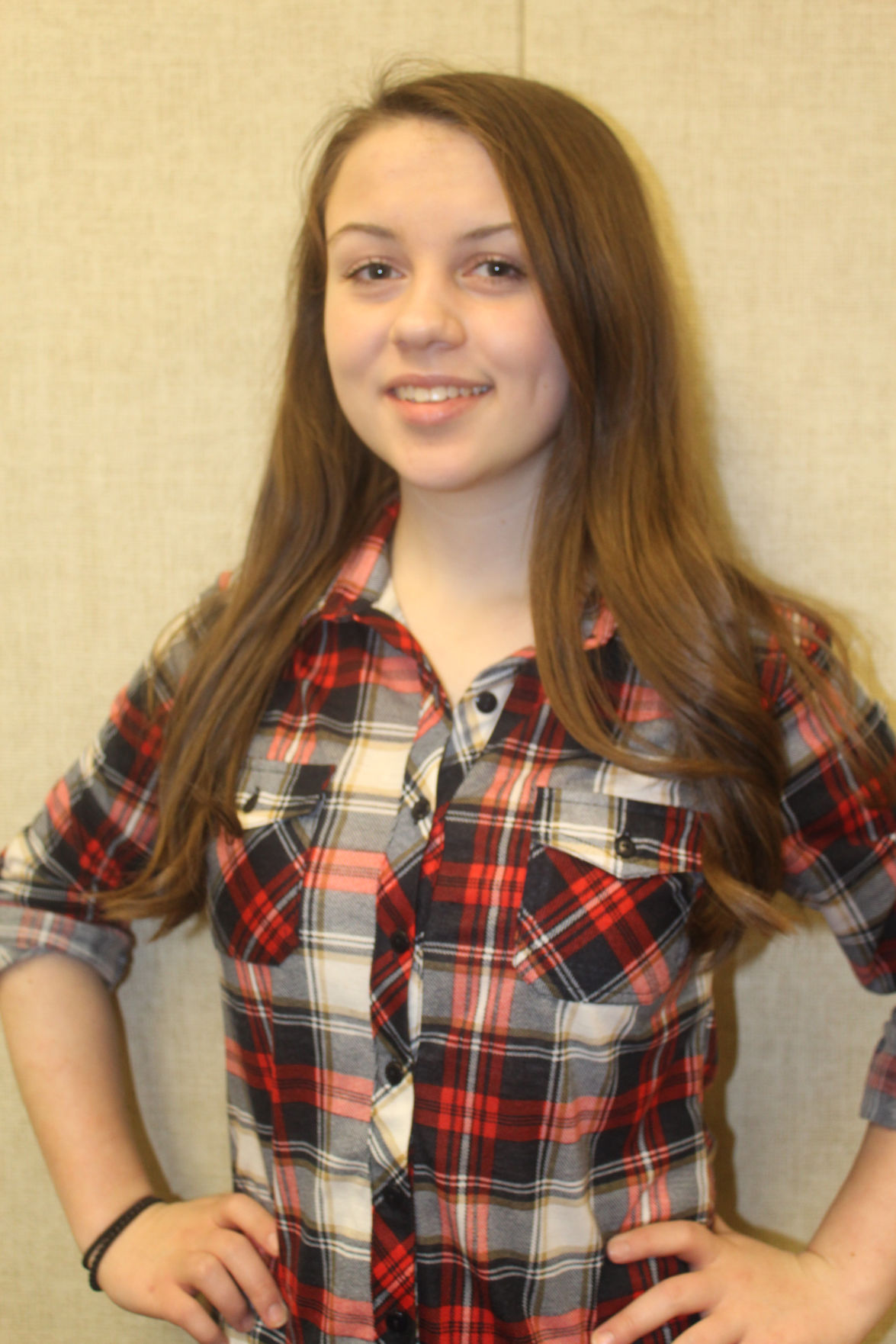 Seaside High School sophomore Hayley Rollins, organizer of Art Day. the event will feature about 20 to 25 Oregon artists who will lead lessons and workshops to teach students various art forms.

Seaside High School sophomore Hayley Rollins, organizer of Art Day. the event will feature about 20 to 25 Oregon artists who will lead lessons and workshops to teach students various art forms.

Seaside High School will be celebrating Honorary Artist of Oregon Day for a second year April 14, thanks to the efforts of sophomore Hayley Rollins.

Every student at the school will have the opportunity to participate in an hour-and-a-half art workshop or lesson, led by about 20 honorary Oregon artists, primarily from the North Coast. Each artist will be assigned a different classroom with a teacher and student assistant. The students can select which art form, most of which are visual arts, they would like to learn.

Last year, the 25 workshops covered oil portrait painting, acrylic painting, cartoon portraits, printmaking, calligraphy, art therapy, pysanky egg art, culinary décor, wire sculpting, origami, photography and more. Several local artists who participated will be back this year, and there will be some new ones, as well, according to Rollins. Among the new artists coming on board, a couple are book illustrators.

During the high school’s Art Day, the artists will arrive and set up, and then workshops will be held from 10 to 11:35 a.m. Afterward, the school will hold an assembly honoring the Oregon Artists. During the following Art Walk, students can visit the various classrooms and view the finished works created by their peers. Finally, to cap off the event, a luncheon for the artists will be held in the library.

In addition to being the primary organizer of the event this and last year, Rollins also was instrumental in getting April 14 recognized as Honorary Artist of Oregon Day in the first place.

Rollins was in her eighth-grade social studies class at Broadway Middle School when State Rep. Deborah Boone gave a presentation and talked to the students about passing a bill.

“I saw that as an opportunity that shouldn’t be missed,” Rollins said.

Rollins, who loves anything to do with creativity, approached Boone about the idea of honoring artists and promoting arts in the school. She said she feels “this is important, because a lot of it is going away.” While schools are emphasizing the fundamental subjects, like math and science, she sees creativity as an important part of succeeding in all industries and professions. Artistic expression, she said, helps “create those passageways in our mind” that generate new and innovate ideas.

Boone, also an art enthusiast, was on board with Rollins’ idea. Shortly after, House Bill 3042 was drafted. Boone, along with State Sen. Betsy Johnson, sponsored the bill. Rollins also participated in the legislative process, lobbying for the bill and helping it pass. The bill, which designated April 14 as Honorary Artists of Oregon Day, was passed in 2015. It was enacted, according to the legislation, “to celebrate art and artists, to promote art education in this state and to encourage engagement in artistic endeavors.”

In 2016, the bill was implemented, with Seaside High School and local North Coast artists bringing it to life for the first time, according to Rollins.

Planning for this year’s event has been a little more difficult, since some of the artists who participated last year couldn’t return to help again. By mid-March, 17 artists had agreed to participate, and Rollins hoped to get a few more involved.

While Rollins is the mastermind behind Art Day, she receives support from her mother; her father, a teacher at Seaside High School; and the rest of the staff and administration. The Associated Student Body officers will help with the actual event by aiding artists and setting up supplies. For funding, the event is relying on a grant from the Booster Club, and the art program donates a majority of the supplies. Some of the artists will bring specialty items.

While initially Rollins didn’t grasp her effort as “a big deal” — “I just asked and I was able to do it,” she said — she gets a sense of its impact when other students express gratitude for getting to participate in the event.

As for what will happen to Art Day after she’s graduated, Rollins is optimistic it will continue through the efforts of her dad and fellow students. She wants to establish an Art Day Committee, with a few students who are interested in putting on the event in the future.

Rollins desires “to spread the movement around the state to the schools” at the elementary, middle and high school levels, so that every institution does something — big or small — to promote art at least one day per year. This year, to Rollins’ knowledge, Gearhart Elementary School and Gray Alternative High School intend to participate. Other schools can sign up and be added to an online counter at the website Rollins established.

The movement, however, is not reserved for schools. The bill encourages all Oregonians to celebrate Honorary Artists of Oregon Day, “by working together to incorporate art into their communities through murals, sculptures, community gardens and other art projects.”

For more information about Seaside High School Art Day, visit sites.google.com/view/oregonartday/home or call the school at 503-738-5586.