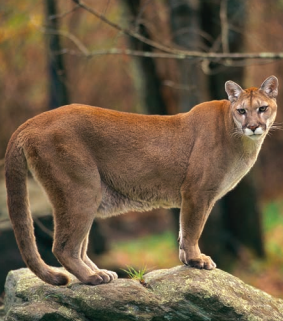 A cougar in the wild.

How to identify cougar tracks.

A cougar in the wild.

How to identify cougar tracks.

When neighbors reported a possible cougar in Seaside last week, Seaside Heights Elementary School responded by moving all student activities inside. Pet owners at the nearby Creekside Village Apartments were advised to keep their pets safe and on leashes after several cats were reported missing.

This week, the district is back to normal activities, based on advice from the Oregon Department of Fish and Wildlife, Principal John McAndrews said.

“I also have not heard of any sightings since our last report.” he said Monday.

The risk of danger to students at school was very low, Seaside School District Superintendent Sheila Roley said. “Cougars move through areas in a few days as they roam their territory,” she said.

Cougars are part of our natural environment, Roley added. “We respond to their presence as is appropriate whether it is a cougar or a herd of elk roaming the high school track.”

In 2007, cougar sightings in the same area prompted warnings from officials and consultation with Fish and Wildlife. Representatives of the department came to Seaside Heights Elementary School to meet with officials after reports of cougars in the area. “Seaside neighborhood put on cougar alert,” a headline read at the time.

A Seaside resident said she had been awakened by her two dogs and come upon a cougar outside her window eating breadcrumbs.

After families were notified in the school letter, precautions were taken to bring activities inside, a response similar to one taken last week in Seaside after neighbors feared a cougar had snatched missing pets.

In May 2012, Warrenton Police and the Oregon Department of Fish and Wildlife received reports from citizens of sightings of a cougar near the 300 block of First Street.

Warrenton Police Chief Mathew Workman said at the time there had been “three or four” sightings in the downtown area.

An Oregon State Police sergeant in Astoria said at the time cougars had been seen at times near Fort Stevens, but sightings in town were rare.

Clatsop County Sheriff Tom Bergin said at the time one of his staff spotted a cougar in her backyard.

Department of Fish and Wildlife biologist Herman Biederbeck confirmed the reports of sightings, suggesting the cougar could have been a female with a cub.

Three months later, police received reports of what appeared to be a cougar at Sixth Street and Irving Avenue in Astoria.

Police were unable to verify the sighting.

Victoria Hayteas, who lives at Juniper Ridge in Warrenton, said Friday neighbors have seen cougars. The animals have been spotted “drinking from the pond behind the Main Street Market,” she said.

“I know there are cougars here,” Hayteas said. “I wonder — do cougars whistle? What I’ve been woken up to is a whistle. … I know it’s not a bird. Do these crazy things whistle?”