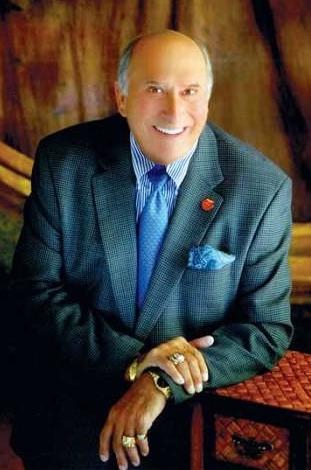 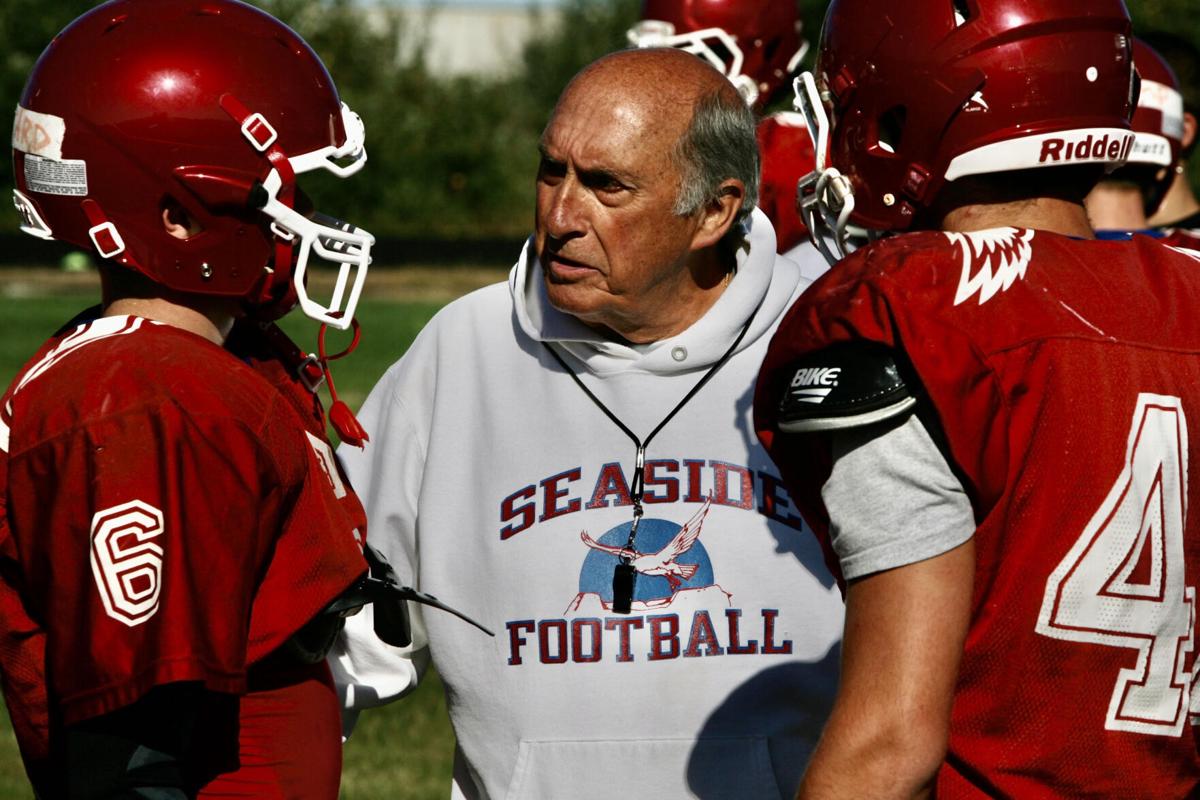 Stubby Lyons fires up kids on his return to coaching in 2010. 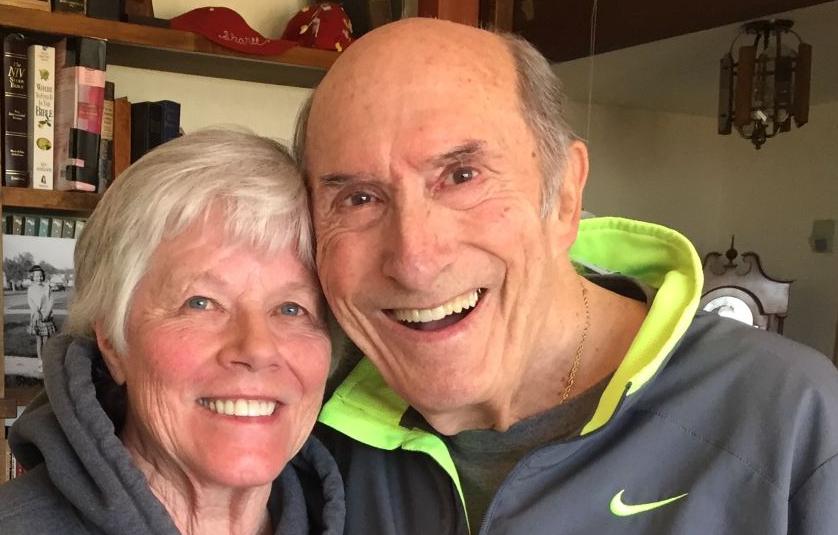 Sharee and Stubby Lyons at their Seaside home. 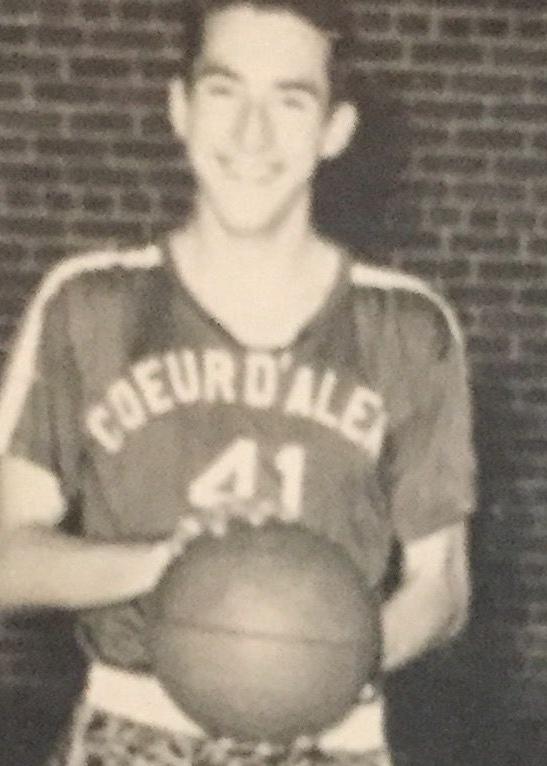 Stubby Lyons as a high school basketball star in Coeur D’Alene Idaho. Lyons says his No. 1 sport was football. 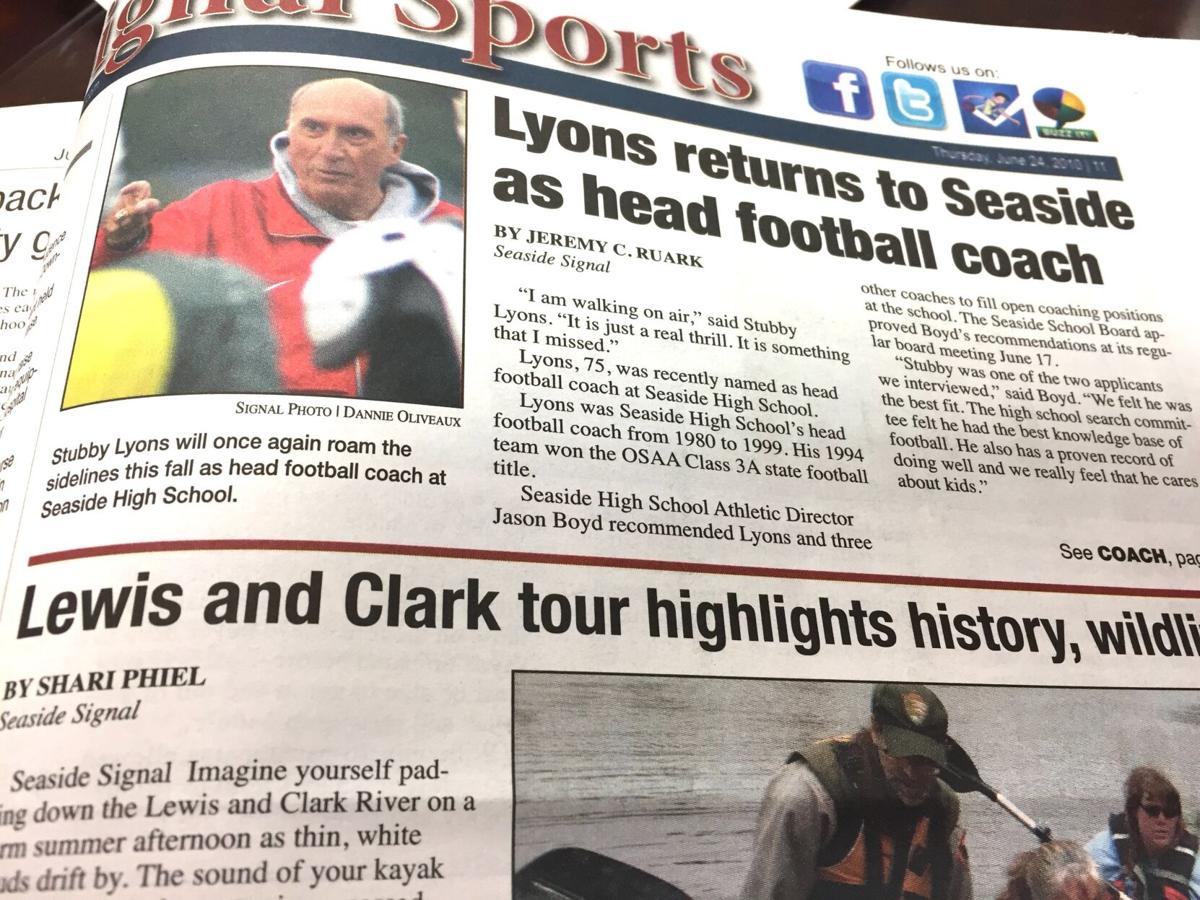 Stubby Lyons returned to coaching in 2010. 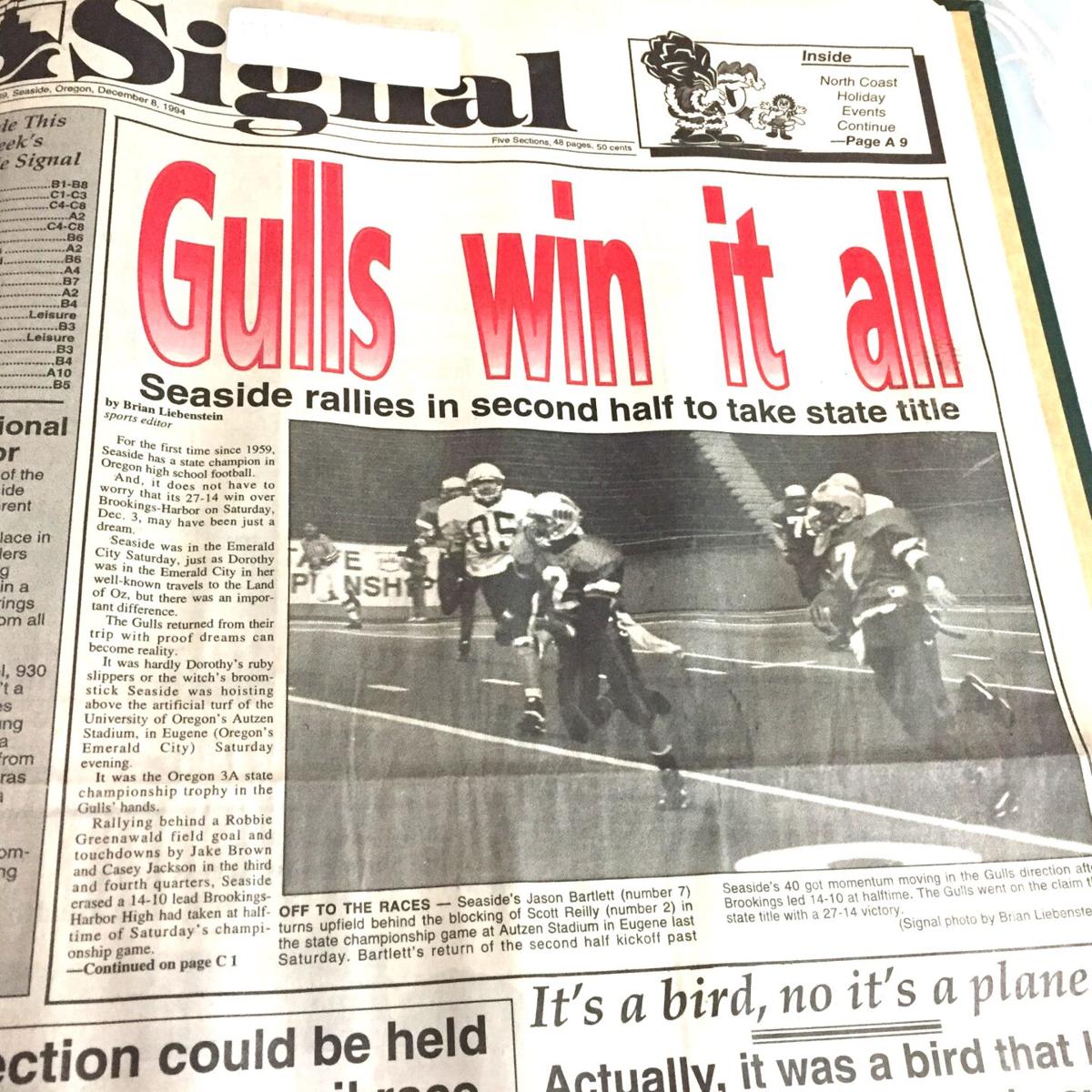 Headline from 1994 after the Gulls championship win. 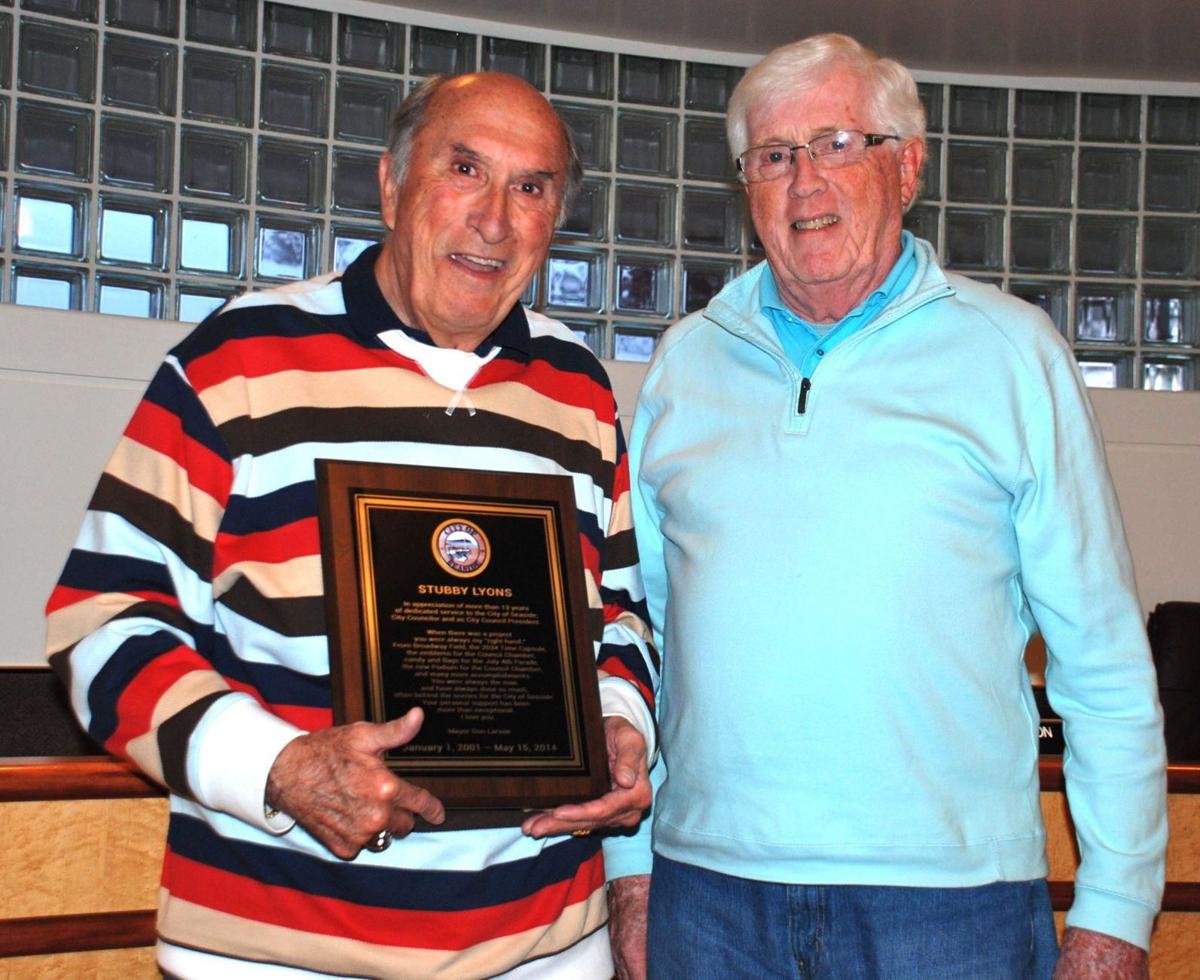 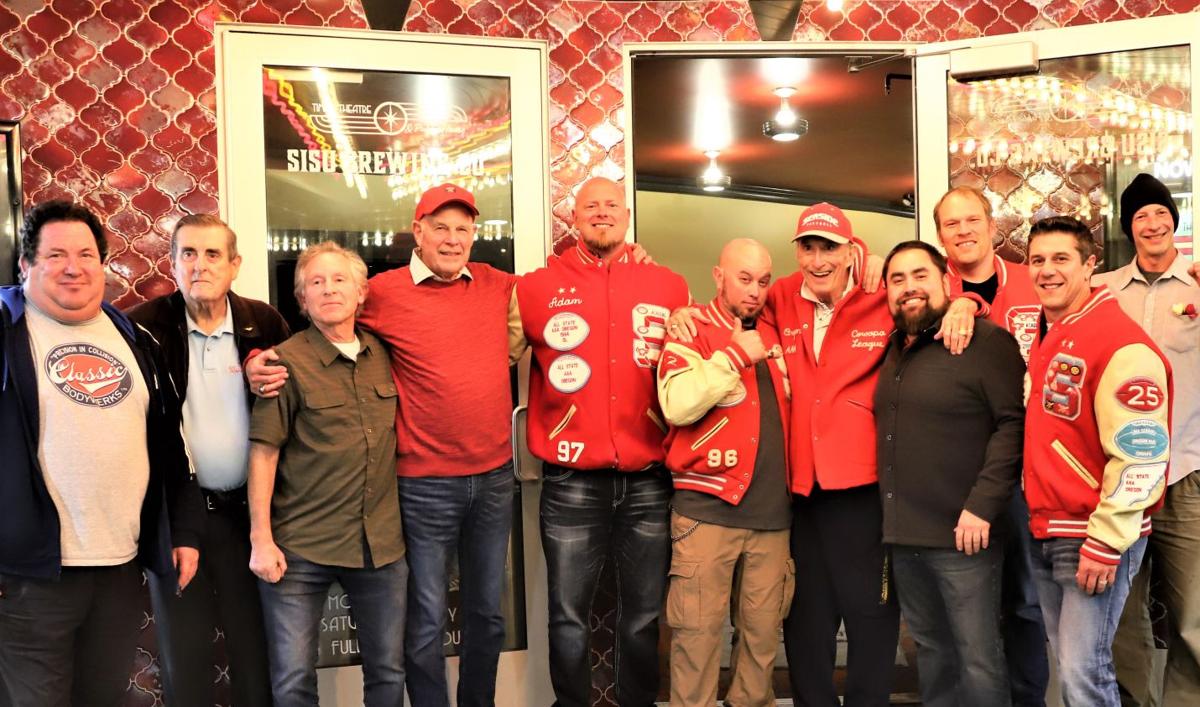 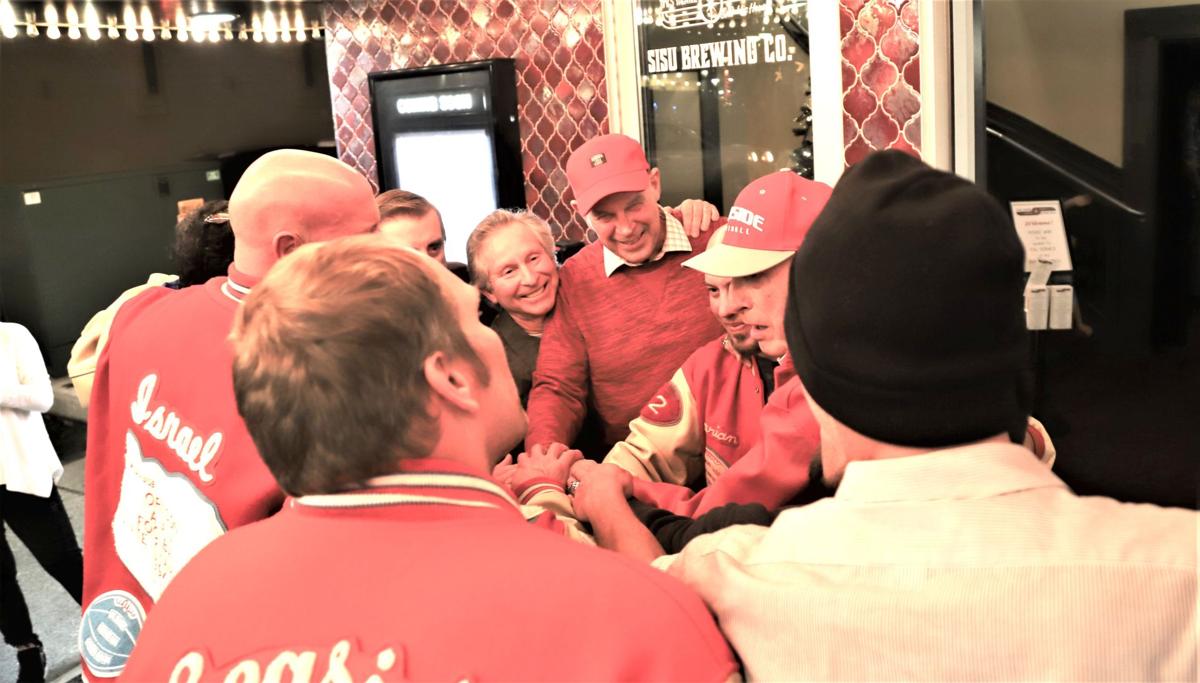 Players and coaches from the 1994 championship Gulls form a sea of red.

Stubby Lyons fires up kids on his return to coaching in 2010.

Sharee and Stubby Lyons at their Seaside home.

Stubby Lyons as a high school basketball star in Coeur D’Alene Idaho. Lyons says his No. 1 sport was football.

Stubby Lyons returned to coaching in 2010.

Headline from 1994 after the Gulls championship win.

Players and coaches from the 1994 championship Gulls form a sea of red.

Stubby Lyons, a former coach and civic leader in Seaside who led the Gulls to a football state title in 1994, died on Christmas Day.

Lyons, 86, was a community leader as a teacher, coach, city councilor and volunteer, advocating for downtown improvements, a skate park for teens, a new public library, a city parks master plan and the Pearl Harbor Memorial Bridge.

Elected to the City Council in 2000, Lyons served until stepping down in 2014. “He was the Pied Piper of the youth of Seaside,” City Councilor Dana Phillips said. “His relationship with his students as a teacher, coach and drivers ed instructor was one of being like a big dad who loved each and every one of them showing no favoritism.”

Lyons led the Gulls state championship football team in 1994, the first championship team in Seaside since 1959.

Wally Hamer, a fellow coach, called Lyons a “difference maker” in the lives of student athletes.

“He was a great teacher, coach, friend, father, city councilman, a true leader in every sense,” Hamer said.

“He could rally kids way beyond what you could expect of them,” said Jim Auld, also a former Gulls coach and friend of Lyons. “He could do that not just on the arena of athletics. He did it in the classroom, he did it in the hallways and in the community. He had that unique ability to bring the best out of kids.”

Part Sioux, Raphael Lyons Jr. was born Sept. 4, 1934, and raised on a reservation in North Dakota, one of 10 children of Anne and Ray Lyons.

The obvious question: Why the nickname “Stubby”?

“I was born at home, and after about three or four days they thought they should get me to the reservation hospital to get me checked out,” Lyons recalled in an interview last year. “My dad said, ‘Give me a suitcase and a couple of fluffy blankets in there.’ I was stubby enough to fit in it. And that’s what he called me.”

Lyons was a five-sport athlete at Coeur d’Alene High School in Idaho and entered the U.S. Marine Corps in 1953, serving for eight years, including time spent in the Korean War.

As a 20-year-old Marine, Lyons spent 14 months in Korea as a military officer in the demilitarized zone.

He attended Whitworth College and Northern Idaho State College. After eight years in the service, he returned home and pursued his education on the GI Bill, earning his bachelor’s degree from Eastern Washington State College and his master’s at Pacific University in Forest Grove.

His teaching and coaching career began at 35, first in Nevada, then Washington state.

But the Oregon Coast was his dream destination.

“I always wanted to live near the ocean,” he said.

When a position became available in the Seaside School District, Lyons put his application in.

“The principal said, ‘Can you be up here tomorrow for an interview?’ I said, ‘Yes, I guess I can.’ I jumped in the car and the principal said, ‘Would you take this job if we offered it to you?’ I said yes. He called the next day, Saturday, and said, ‘You start Monday.’”

Arriving in Seaside in 1980, he served as an assistant for Auld before taking the head football coach role.

The 1994 Gulls championship team was inspired by Lyons’ enthusiasm on and off the field.

“I knew we were going to have a pretty good football team that year,” he said. “So I thought I’d get a personal license plate: ‘FIRE UP.’ Those are the same license plates I’ve got on my truck right now.”

More than 3,000 Gulls fans traveled to Autzen Stadium at the University of Oregon in Eugene to watch the Gulls win the championship 27-14 over Brookings-Harbor, overcoming a 14-10 halftime deficit.

“One thing that stood out was during the 1994 state championship run how our whole coaching staff came together and really bonded,” Hamer said. “I feel that was directly influenced by the environment that Stubby brought to the table.”

After the game, the Seaside Signal reported that Lyons went to his knees.

“I made a promise I was going to say a little prayer along the sidelines right after the game if we won, and I did,” Lyons told the newspaper.

Lyons taught nearly every subject at Seaside High School, including English, U.S. history, personal finance, a law class — 16 different classes over a 45-year career. He coached from 1980 to 1998 and returned briefly as the Gulls coach in 2010. He left teaching in 1999.

Lyons married his second wife, Sharee Opitz, a former teacher at Seaside High School, in 1998 after being introduced by sophomore students interested in playing matchmaker.

Lyons was a member of a number of associations and committees including the Oregon Athletic Coaches Association and the Seaside American Legion. He is a life member of the Seaside Elks, Veterans of Foreign Wars and the Northern Oregon Coast Marine Corps League.

Along with his wife, Lyons is survived by his sister, Joni Lewis; son, Lance Lyons, and his wife, Karen; daughter, Lacy Pannebaker, and her husband, Luke, and their children, Lola and Layla. He is also survived by Vanessa Underhill, Lyons’ ex-wife and mother of Lance Lyons and Pannebaker.

A service will be held later, Lance Lyons said.

In his later years, Lyons stayed close to home, enjoying his property in the Southeast Hills. He regularly met up with team alumni to share memories at Dundee’s.

“What a tremendous loss to our community,” Phillips said. “But the legend of Stubby will continue. Stubby, you will be missed but never forgotten.”