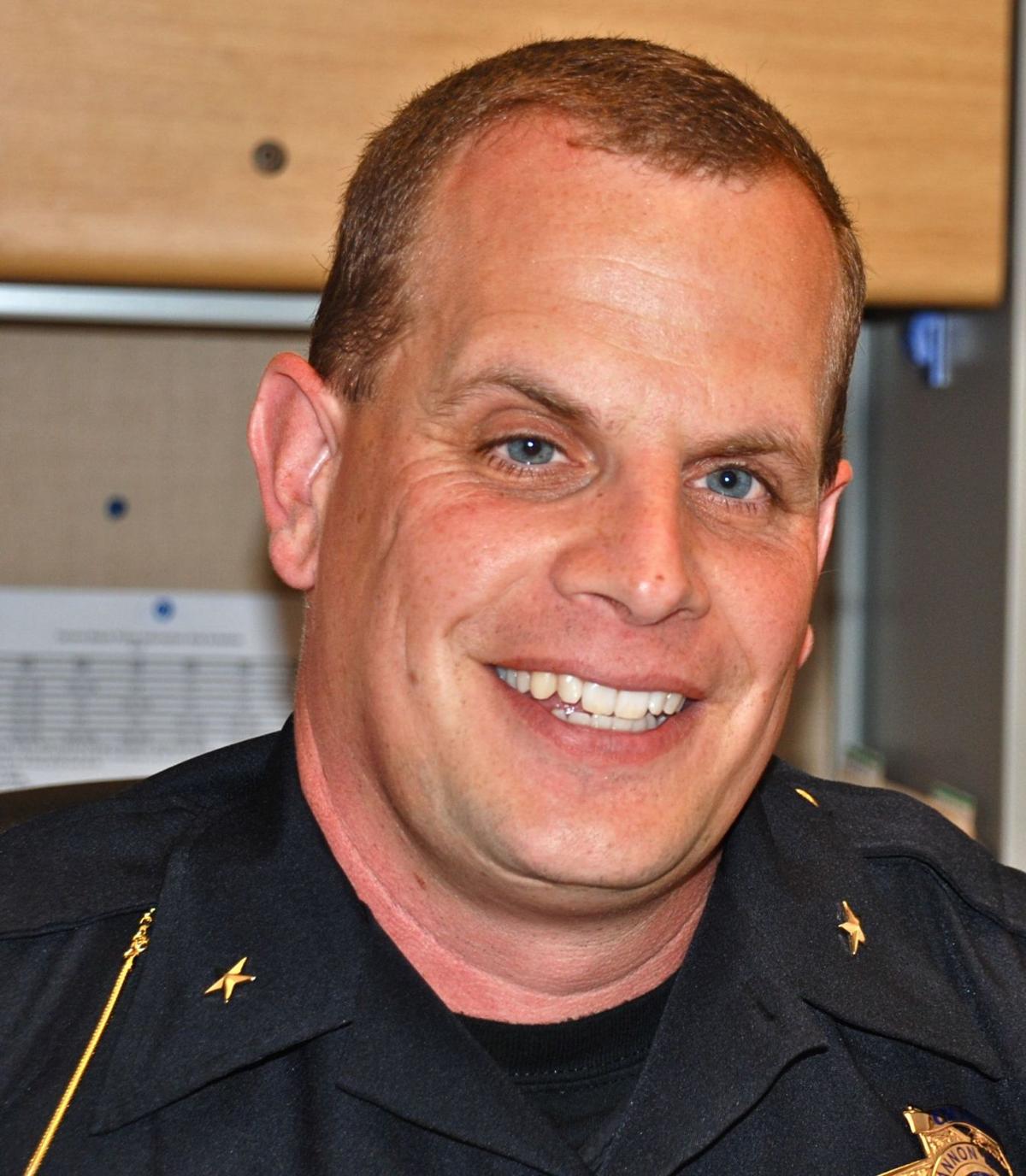 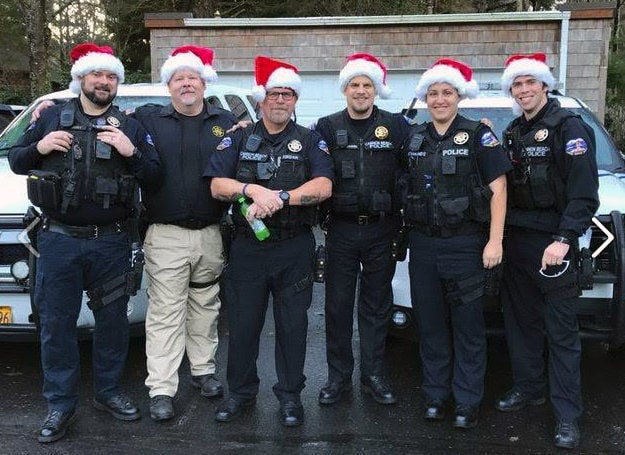 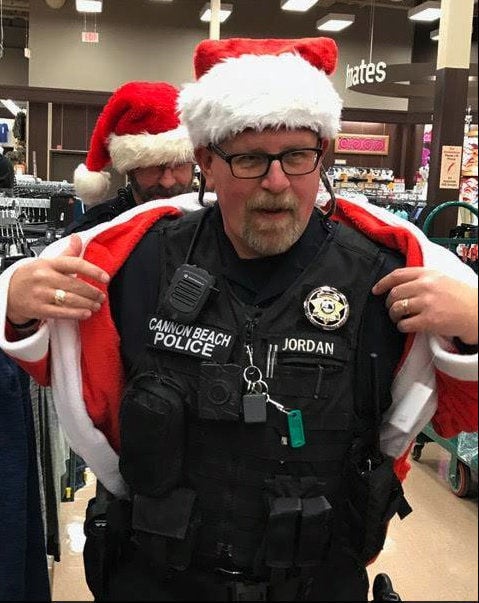 Officer James Jordan tries on a Santa costume for “Shop With a Cop.” #

Officer James Jordan tries on a Santa costume for “Shop With a Cop.” #

Donning Santa hats, 10 police officers from Seaside and Cannon Beach paired with local children to help them shop for Christmas gifts at Fred Meyer in Warrenton.

The Dec. 10 event was the Rotary Club of Seaside’s first time adopting the nationwide “Shop With a Cop” program that connects local police officers with children.

“It was an absolutely wonderful event,” said organizer Maureen Casterline. “The kids had a great time and the police had an equally good time.”

After the loss of Seaside Sgt. Jason Goodding earlier this year, the Rotary Club searched for a way to help build relationships and appreciation for their local police force.

“We put our heads together and this is what we came up with,” Casterline said. “We think of it as a small step.”

The Rotary Club provided the children with gift cards to purchase presents for family members at Fred Meyer. Officers also purchased a gift for each child and drove them back to Seaside in the squad cars.

“It was a lot of fun to see the children so excited to ride in the police cars and activate the lights and sirens,” Cannon Beach Police Chief Jason Schermerhorn said. “They were also so happy to be able to buy items for their parents and siblings. It was fun watching them shop for great deals and put a lot of thought into their purchases.”

Broadway Middle School helped identify 10 students who might benefit from the experience.

After the event, the children started referring to the officers as “my police officers,” Casterline said. “Sometimes that relationship-building piece takes a bit of a commitment, but the kids will now think of police officers as someone who could help them if they needed help.”

At breakfast provided by the Seaside Pig ’N Pancake, the children and officers got to know each other and learned about each other’s lives. Casterline said the event would not have happened without community support.

“We’re grateful for Pig ’N Pancake because that made it so much more comfortable for the children. Fred Meyer made a wonderful donation to make this program happen and offered discounts,” Casterline said. “Police officers bought kids items out of their own pockets and are really trying to bridge the gap. It made me so proud of the caliber of the police officers in our community. They are just extraordinary.”

“It was great to see all the smiles and hear the laughter,” Schermerhorn said. “The officers had just as much fun as the children and enjoyed testing out some of the toys and skateboards.”

Next year, the Rotary Club hopes to double the number of participating officers and children.

Cannon Beach Police Chief Jason Schermerhorn is a 2017 recipient of the Boy Scouts of America Silver Beaver Award. The award, created in 1931, is the council-level distinguished service award that recognizes “registered Scouters of exceptional character,” according to the Boy Scouts of America. Upon nomination by their local Scout council and with the approval of the National Court of Honor, award recipients are adult leaders who have made an impact on the lives of youth through service given to the council. “The Silver Beaver is an award given to those who implement the Scouting program and perform community service through hard work, self sacrifice, dedication, and many years of service,” according to the youth development organization.

'Would you shut up, man?': Biden and Trump clash early in the debate