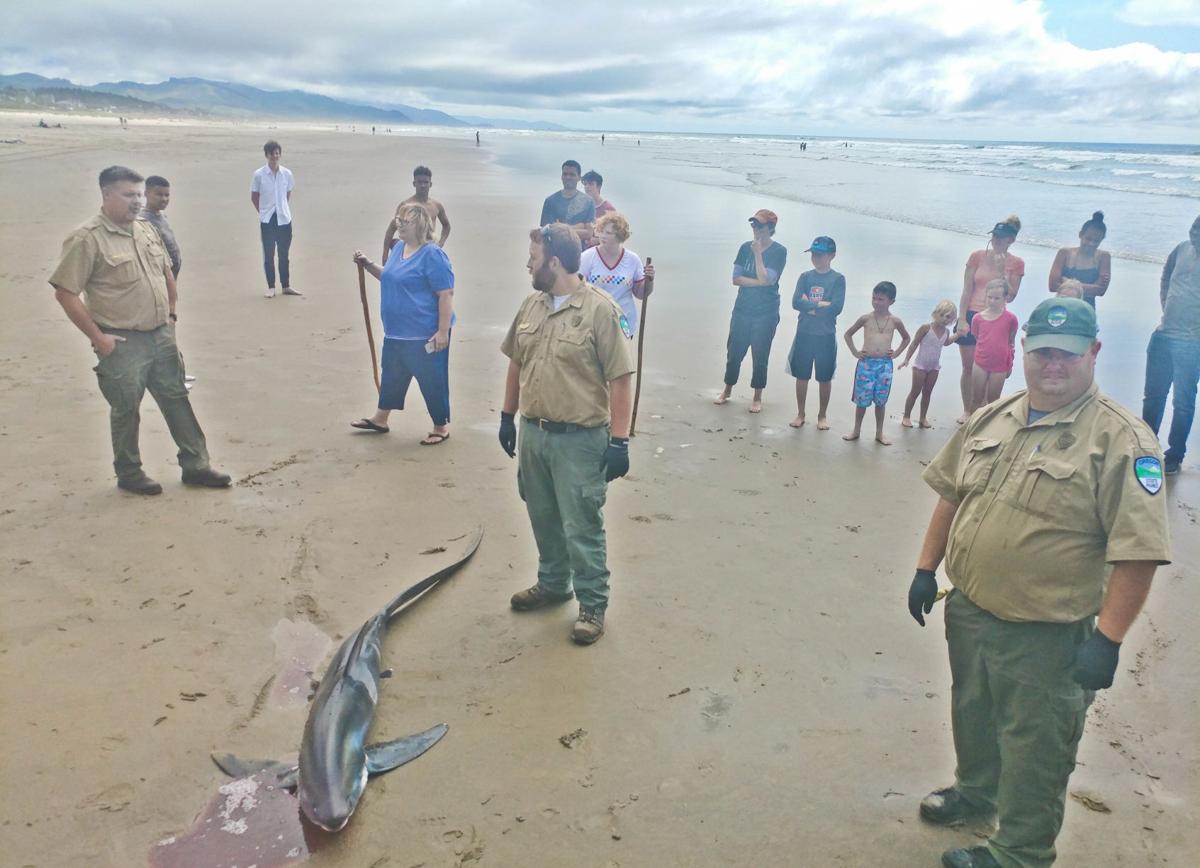 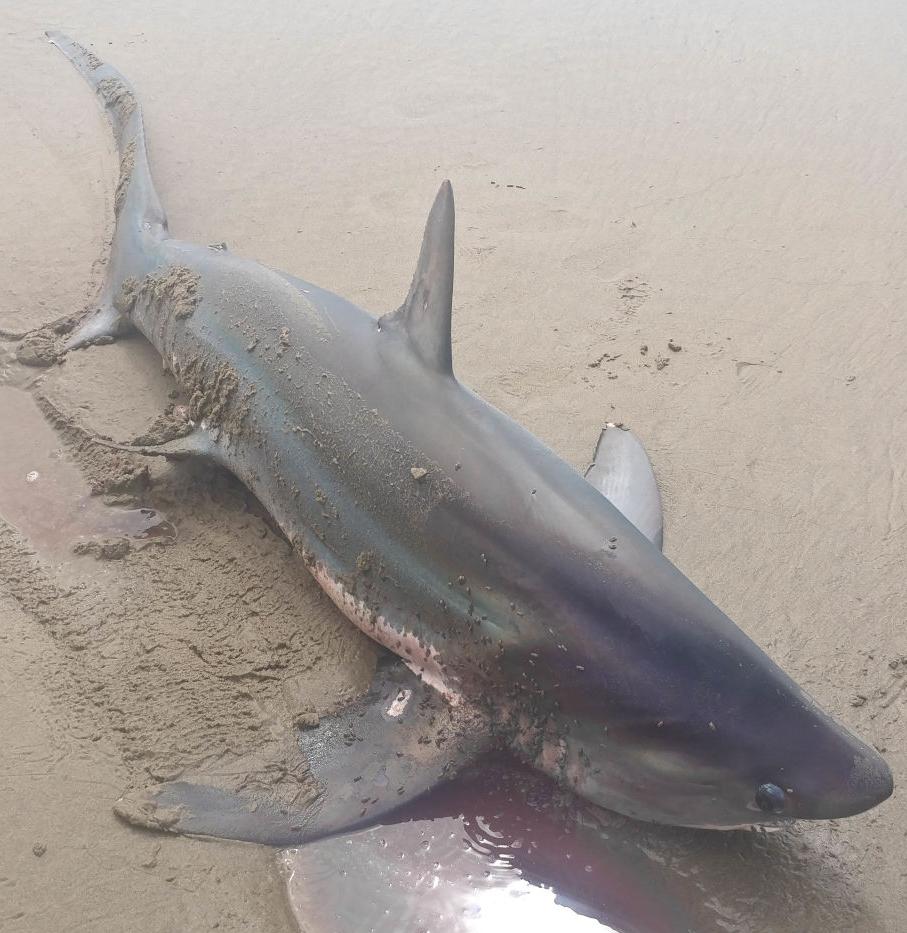 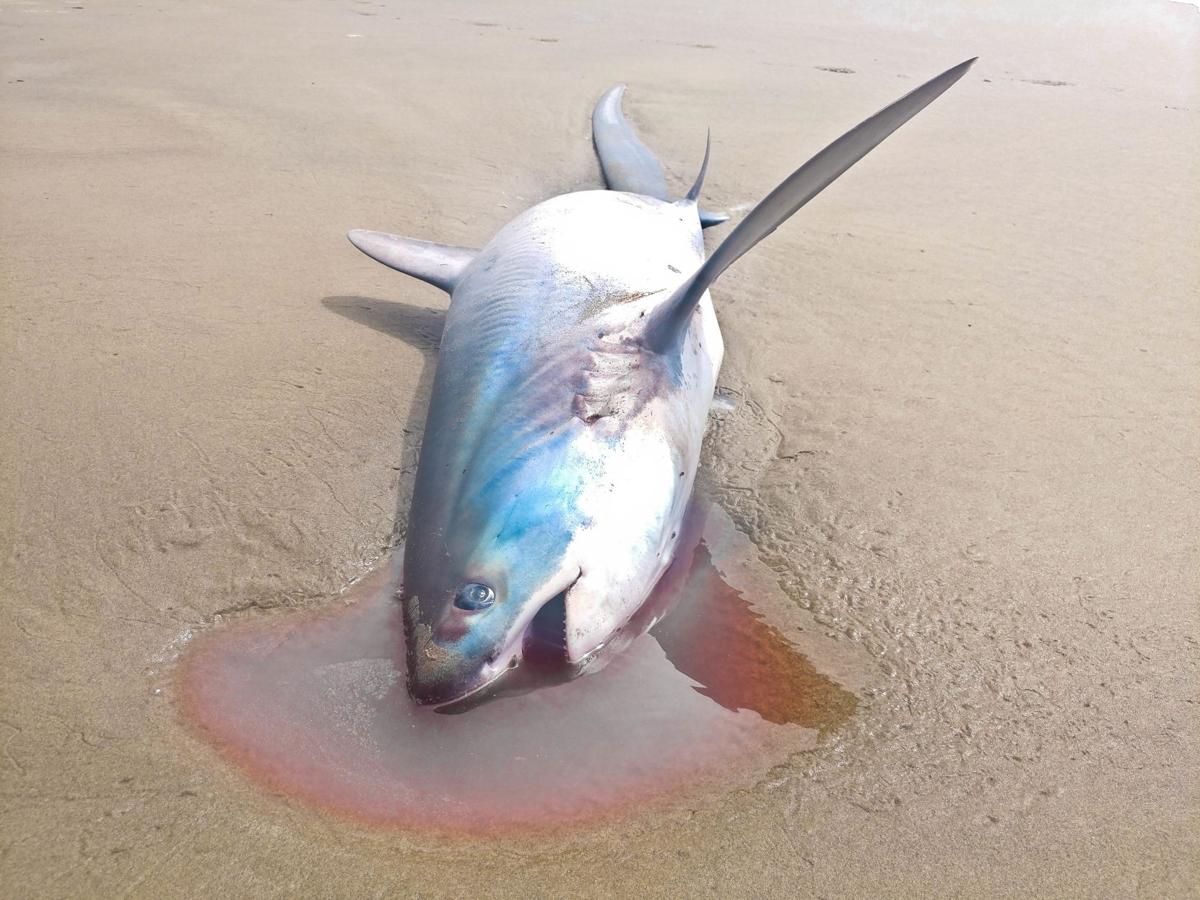 This thresher shark washed ashore in Manzanita on Wednesday.

This thresher shark washed ashore in Manzanita on Wednesday.

Nehalem Bay State Park contacted the Seaside Aquarium as the shark was still alive, however the shark died shortly after.

According to Tiffany Boothe of the aquarium, whenever possible the aquarium will recover dead sharks that wash ashore and allowing students in local schools the chance to perform necropsies. This shark was estimated to be between four and five years old. The cause of death is unknown.

Thresher sharks are native to the Oregon coast, but are more commonly found off the California coastline.

During the spring and summer adults and sub-adult sharks congregate to inshore waters to feed on small bait fish, such as herring and sardines. They use their large tail to beat the water, which frightens and stuns the fish, making them easier to catch.

The maximum size of this species of shark is 20 feet, averaging about 18 feet.

This was said to be the first thresher shark to beach in 10 years.