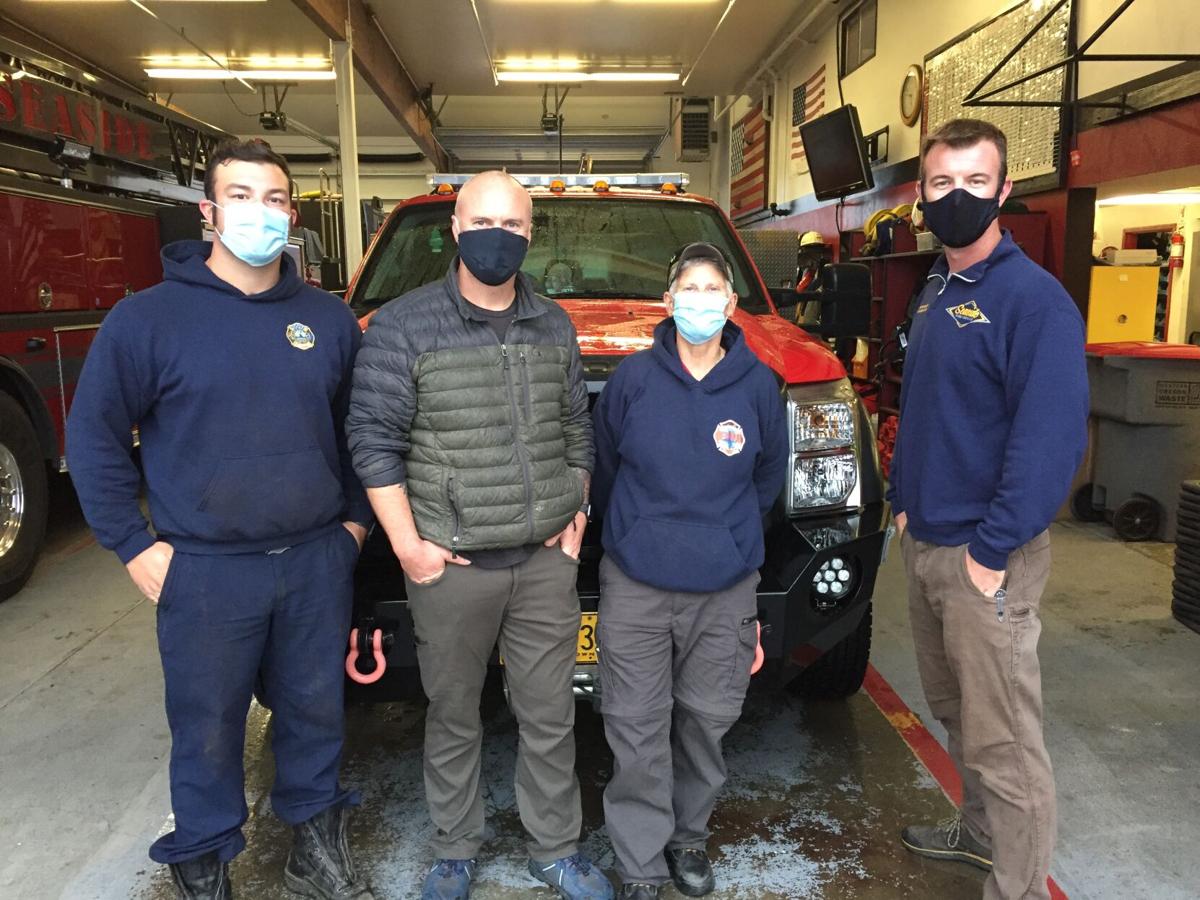 Cody Parry, Genesee Dennis, Katie Bulletset and Dave Rankin after their return from California, in front of the brush truck that underwent repairs after a tree fell on the windshield as it was moving when fighting the LNU Complex fire in August. No one was hurt. 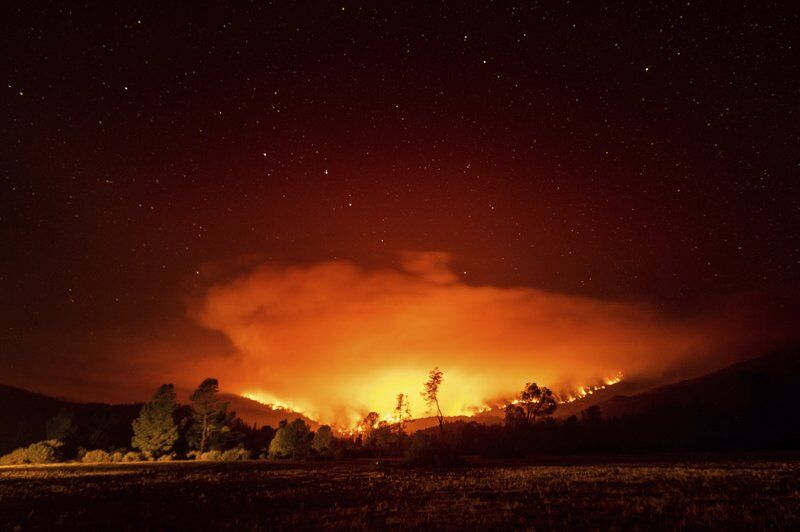 In this September photo the August Complex Fire burns near Lake Pillsbury in the Mendocino National Forest, Calif.

Clatsop County Task Force 57 is back.

Early this month, the Oregon Office of the State Fire Marshal mobilized Oregon firefighting resources, including Clatsop County Task Force 57, to assist with the coordinated response to California wildfires, following a request for state-to-state assistance made by California to Oregon.

In this September photo the August Complex Fire burns near Lake Pillsbury in the Mendocino National Forest, Calif.

The team began at the Glass fire in Sonoma County before heading to the August Complex fire, which started Aug. 17 and burned more than 1 million acres in seven counties. As of Saturday, Cal Fire reported it 70% contained.

The fire was large scale with “a lot of moving parts,” Rankin said. “We didn’t get involved in a lot of front line suppression, but we were busy doing a lot of the cleanup, mop-up, removing trees.”

Local crews have headed south every fire season since 2016. California firefighters appreciate the mutual aid from Oregon teams, Rankin said. “We integrate really well,” he said. “They told us they really appreciate the help from neighboring states.”