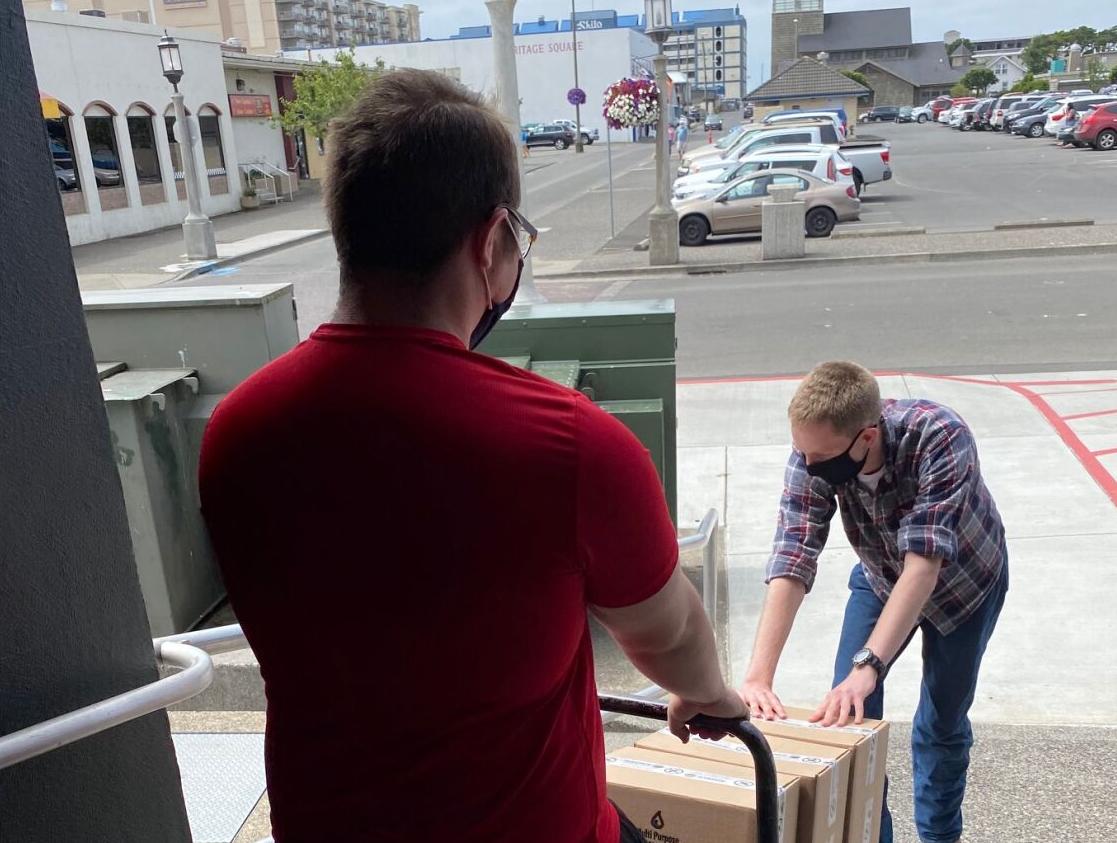 Connor Davis and Wyatt Mayhugh restock some of the city’s 118 tsunami barrels. 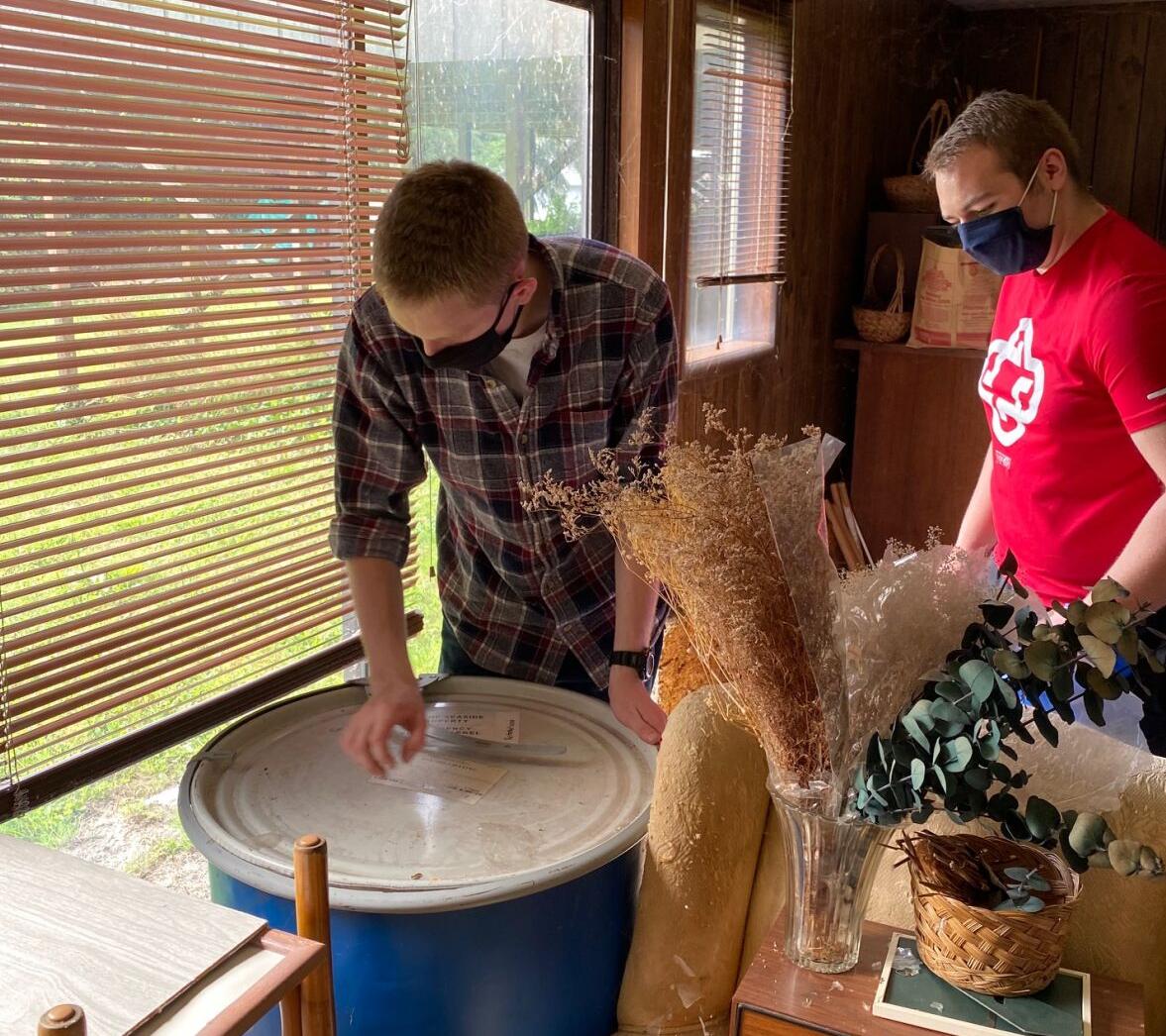 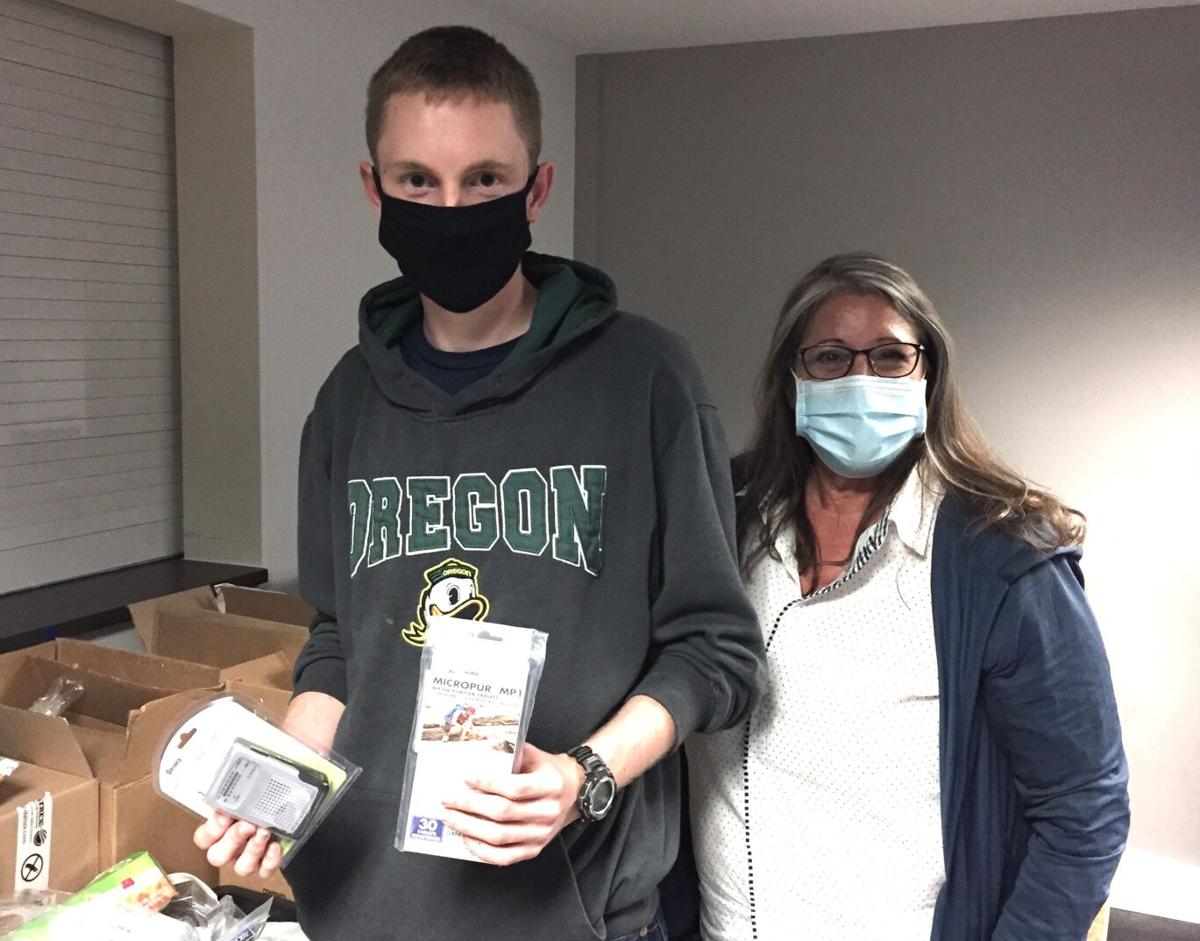 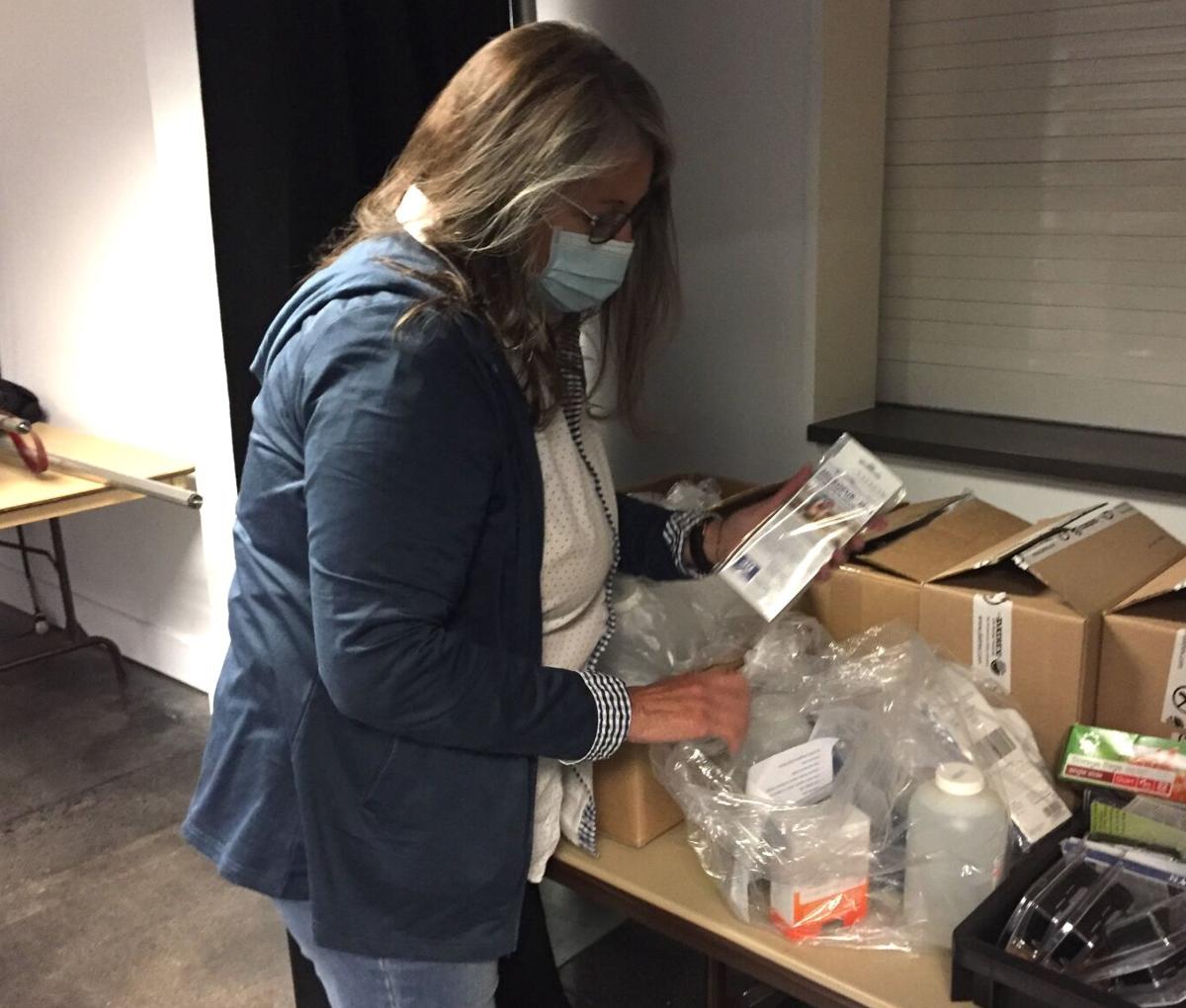 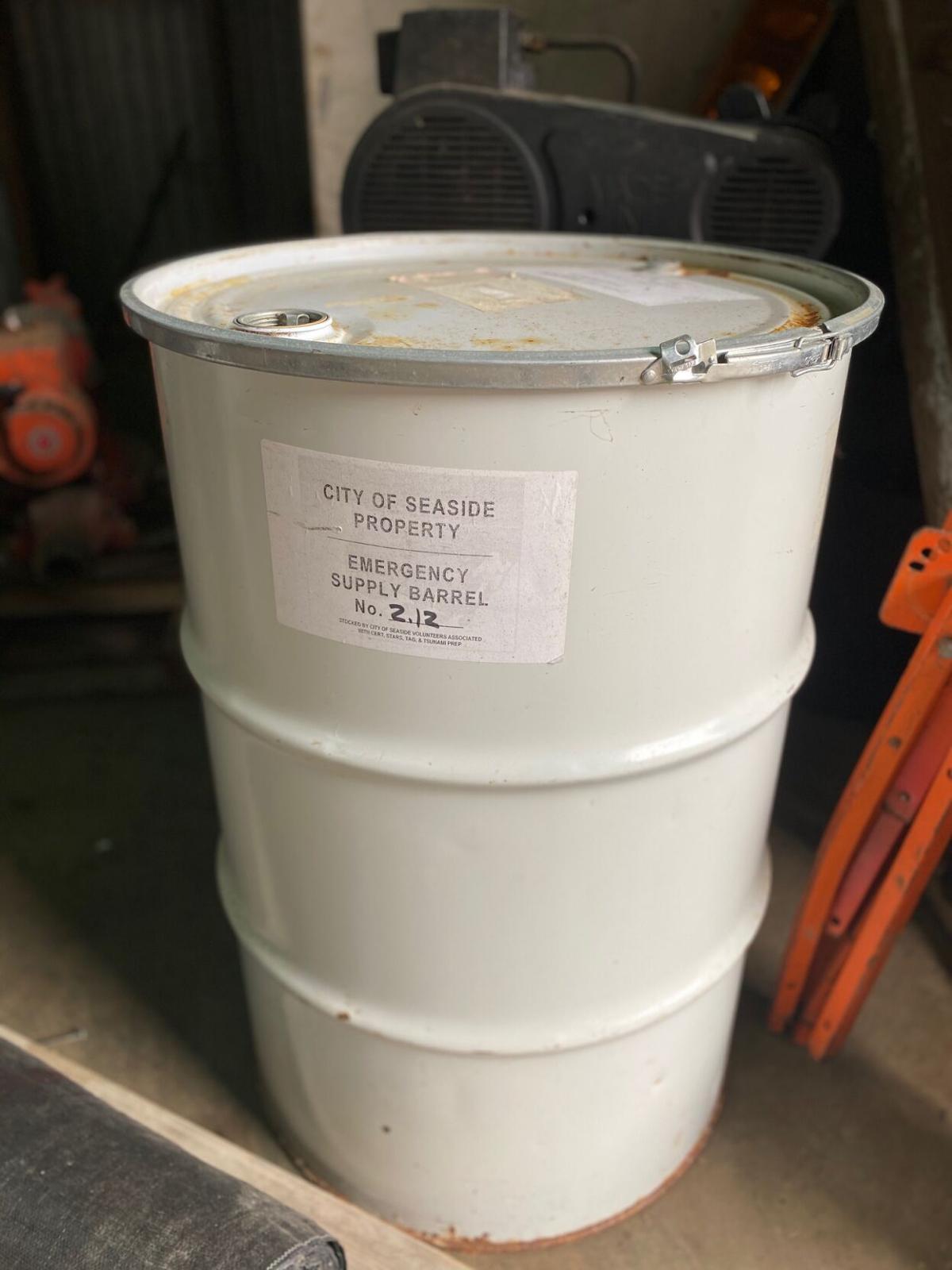 Tsunami storage barrel as placed in homes outside the inundation zone. 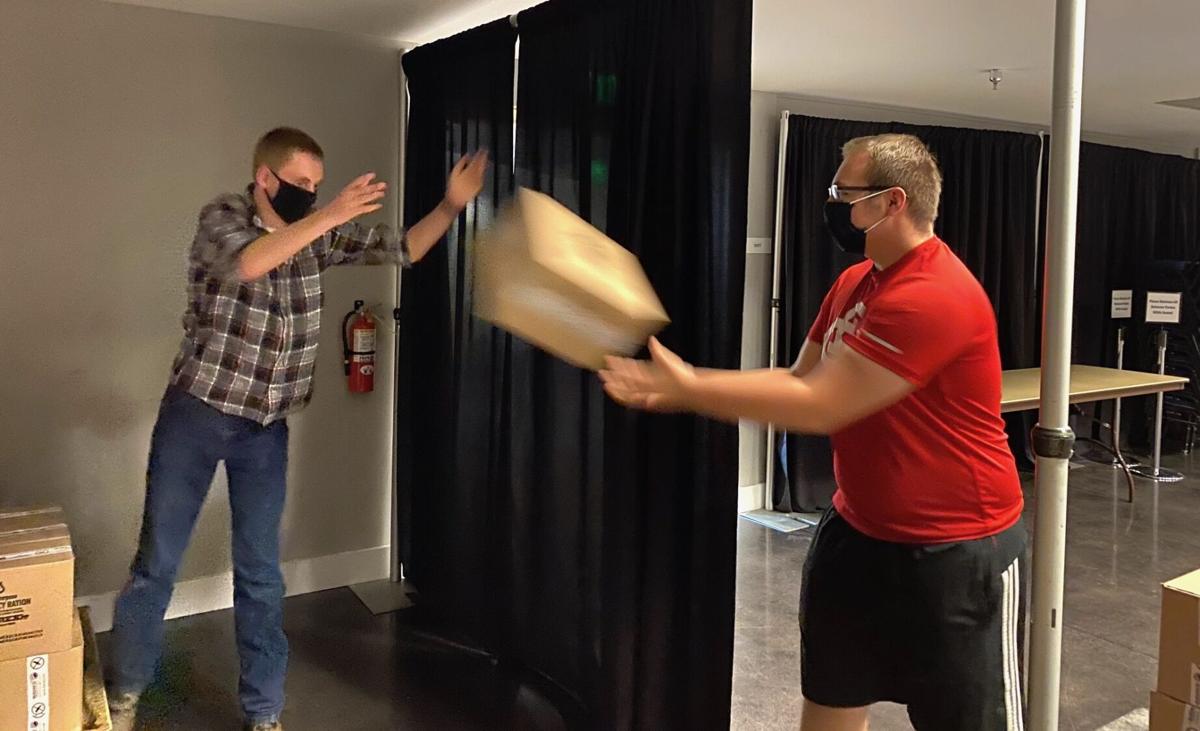 Connor Davis and Wyatt Mayhugh restock some of the city’s 118 tsunami barrels.

Tsunami storage barrel as placed in homes outside the inundation zone.

Seaside’s emergency preparedness director Anne McBride wants to make sure critical supplies in the aftermath of a Cascadia Subduction Zone earthquake and tsunami are available to meet community needs.

While many residents may have tsunami go-bags, those away from their homes or tourists may not have access to emergency supplies, she said at the Seaside Civic and Convention Center last Thursday, where fresh supplies were delivered and transferred.

McBride and Clatsop County Works intern Wyatt Mayhugh, with Connor Davis, each Seaside High School seniors, aim to restock all 118 barrels the city has on hand by replacing outdated products originally placed in them 14 years ago.

Barrels are stored in private residences above the inundation zone in all five evacuation assembly areas throughout Seaside. In the event of a subduction zone earthquake, homeowner volunteers take responsibility for moving their barrels out to the street for public access.

“It really encourages the citizens who do it, ‘I’m doing something for my community,’” McBride said.

Mayhugh and Davis will use the experience as their Pacifica projects, fulfilling a senior-year requirement.

“We’re doing everything from making phone calls and record-keeping to physically loading and restocking the barrels,” Mayhugh said.

Expired material will be replaced and disposed at a cost of $163 to the city per barrel, McBride said. The team will replace outdated food, batteries, radios, water purification tablets, saline and baking soda.

Restocking had been scheduled earlier this year, but a shortage of materials due to the coronavirus pandemic delayed the process.

The barrels are part of a multipronged approach to tsunami safety, McBride said. “We’re working on it. It’s a big pie. We’re taking a piece of it as we can, and this is just one of those (efforts) that we really feel confident will be helpful.”

Her advice to residents and visitors alike: “Always think, what’s my evacuation route?” she said.

Recognizing the signs of a tsunami are also important.

“If the ocean recedes, don’t go look for clams,” McBride said. “Get out of town. Don’t wait for someone to come and get you. Don’t wait for a signal. Go. Get to high ground.”

Student involvement has been a big part of the city’s resiliency program.

Student enthusiasm and support for the “Don’t Catch This Wave” program helped propel the success of the Seaside School District’s 2016 bond measure to open a new campus outside the inundation zone.

Last year the Seaside High School Associated Student Body presented the city with a gift of $5,000 to be used toward the wayfinding project coordinated through the community development and public works departments.

The project brought 62 thermoplastic evacuation ground markers and directional arrows to the streets throughout Seaside’s inundation zone to allow people to plan their own evacuation route with or without the aid of a map and get to safety as efficiently as possible.

Mayhugh and Davis both attended a recent meeting of the city’s newly formed community emergency response team. Among future goals, Mayhugh said, are to bring emergency supplies to the new high school.

“Connor and Wyatt are planning to continue their involvement in tsunami awareness activities and are hoping to start an education program at the high school this year,” McBride said.

Each barrel will be stocked with the following supplies: