Kevin Leahy, right, of Clatsop Economic Development Resources, is among the first to use Seaside’s new audio-visual equipment. 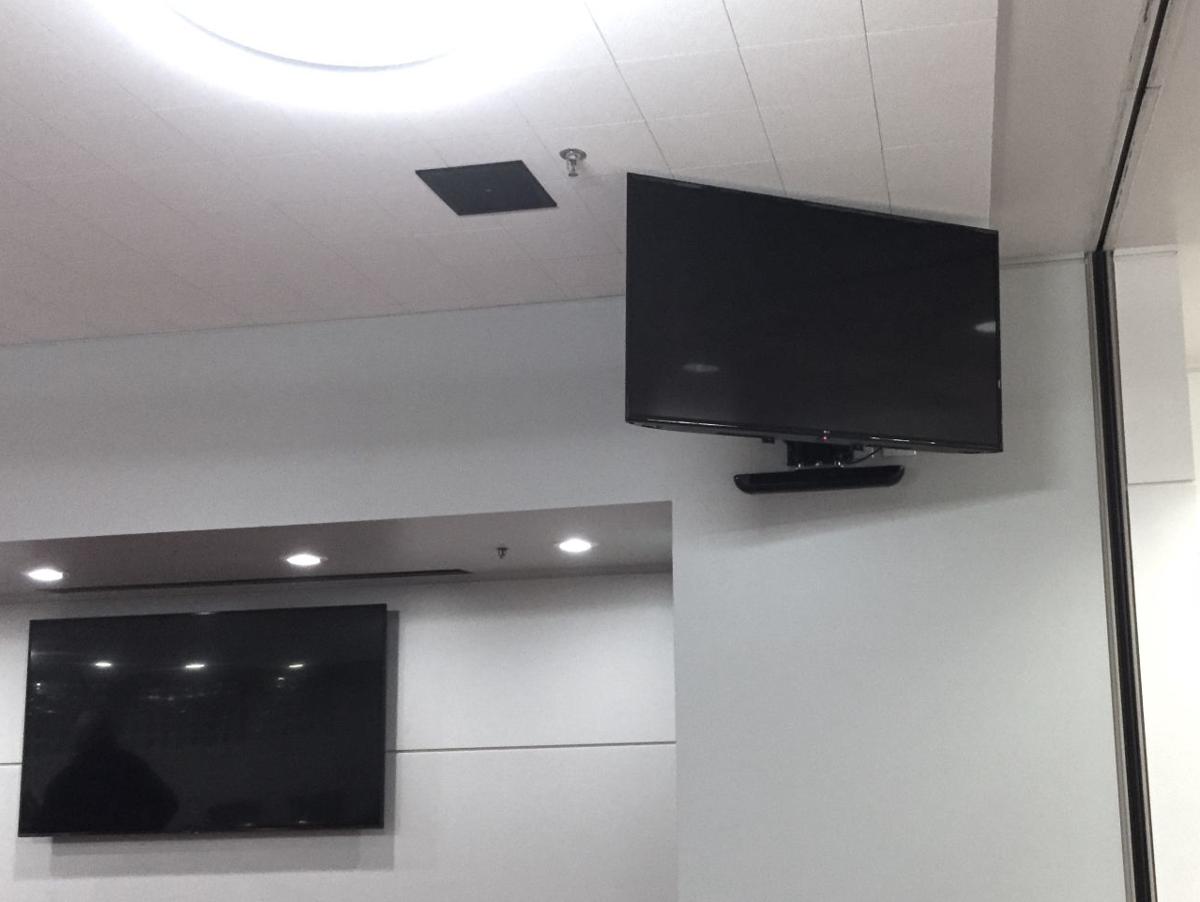 Kevin Leahy, right, of Clatsop Economic Development Resources, is among the first to use Seaside’s new audio-visual equipment.

Seaside has gone “big screen” at City Hall, boasting a new video projection and sound system in the meeting chambers.

The new technology went into use at the Monday, Nov. 25 meeting. Along with the screen visitors were used to seeing on the wall on the Roosevelt Street side of the room, video monitors were mounted in front of the council table and overhead.

“We have an 82-inch main screen and two 55-inch subscreens, both giving the lobby and the foyer area a level to see,” assistant city manager Jon Rahl said after the meeting. “Then we have a 42-inch monitor that’s utilized for the staff here, but primarily for the speaker as a prompt and also to engage with the council.”

Presenters had never been “sure where to face,” Rahl said. “Now they can look ahead directly to the council and see the screen at the same time.”

Audience members in the rear can now see via overhead projection.

The upgrade comes with sound enhancements, too, with everything but the speakers completely redone. Controls at the dais allow staff to turn on microphones and adjust volume on the fly.

The audio feeds directly into the microphone, later distributed and transcribed.

“Some presenters are more accustomed to leaning in to the microphone,” Rahl said. “Some are going to lean back. This system gives us the ability if someone’s leaning back to lift that volume up a little bit, so it picks up a little bit further.”

With digital recordings now available, the next step will be to post them to the website, he added.

The improvements come as the City Hall building celebrates its 30th anniversary.

The current building took over from the original City Hall, built in 1914 at the corner of Broadway and North Roosevelt — today’s home of Seaside Brewing Co.

For some city officials, a little practice may be necessary to get used to the new audiovisual enhancements, city manager Mark Winstanley suggested at meeting’s end.

“I’m going to encourage all the councilors that you do need to make some improvements using your microphones,” Winstanley said. Please make sure you practice a little bit with the microphones.”

CEDR’s executive director Kevin Leahy was one of the first to use the city‘s new audiovisual system.

City councilors were duly proud. “Have you ever presented in a better place?” City Councilor Randy Frank asked.

“Never, never!” Leahy responded with a laugh. “This is the best.”