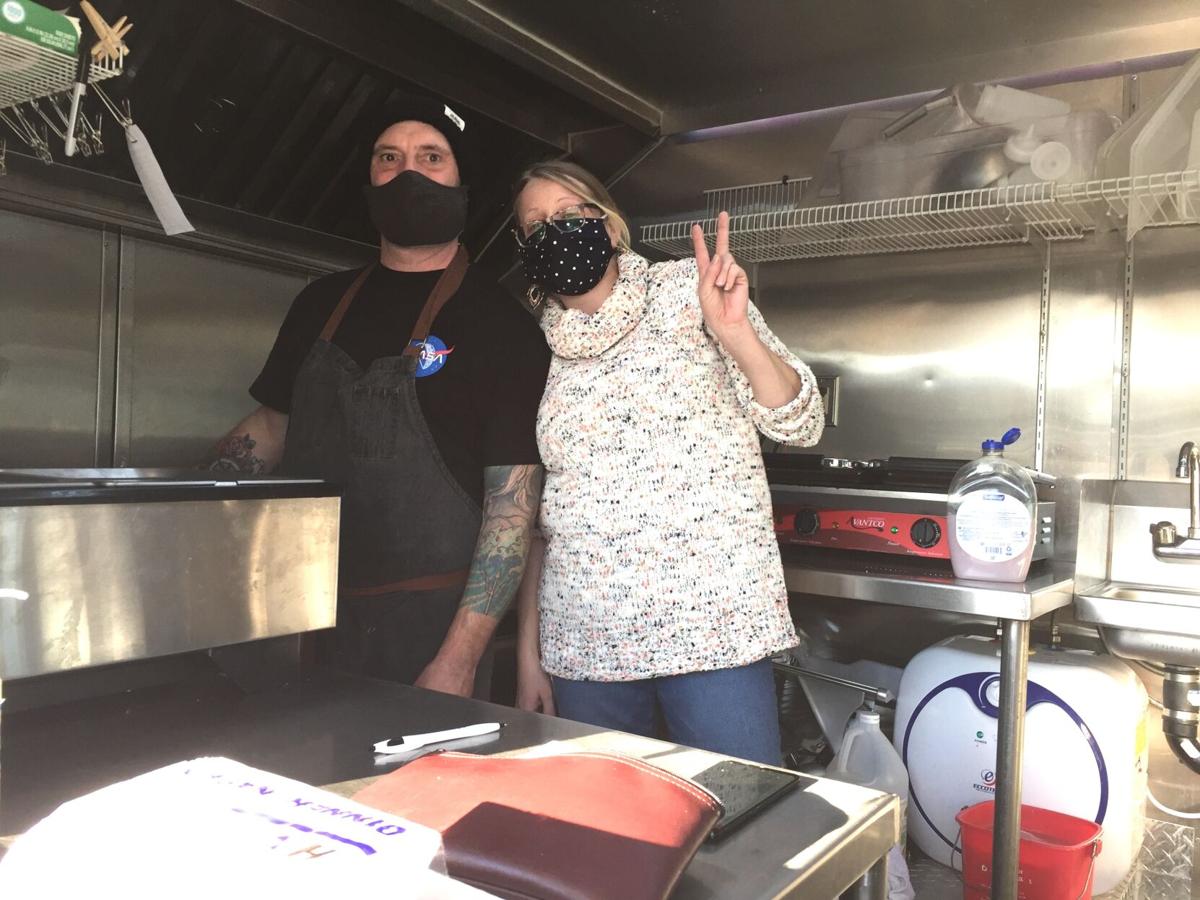 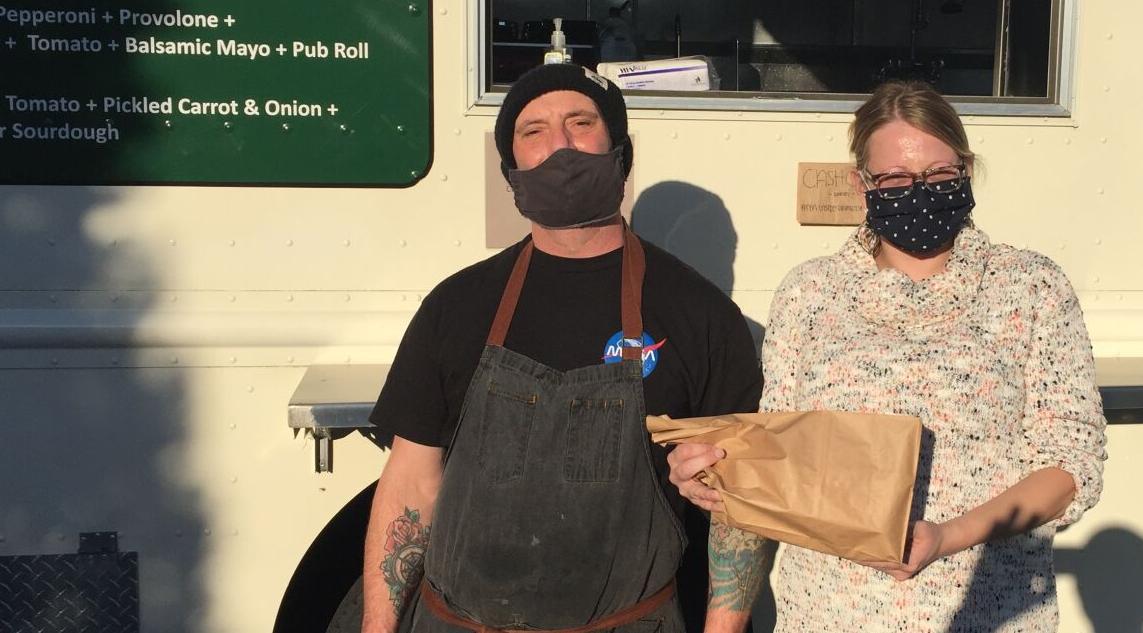 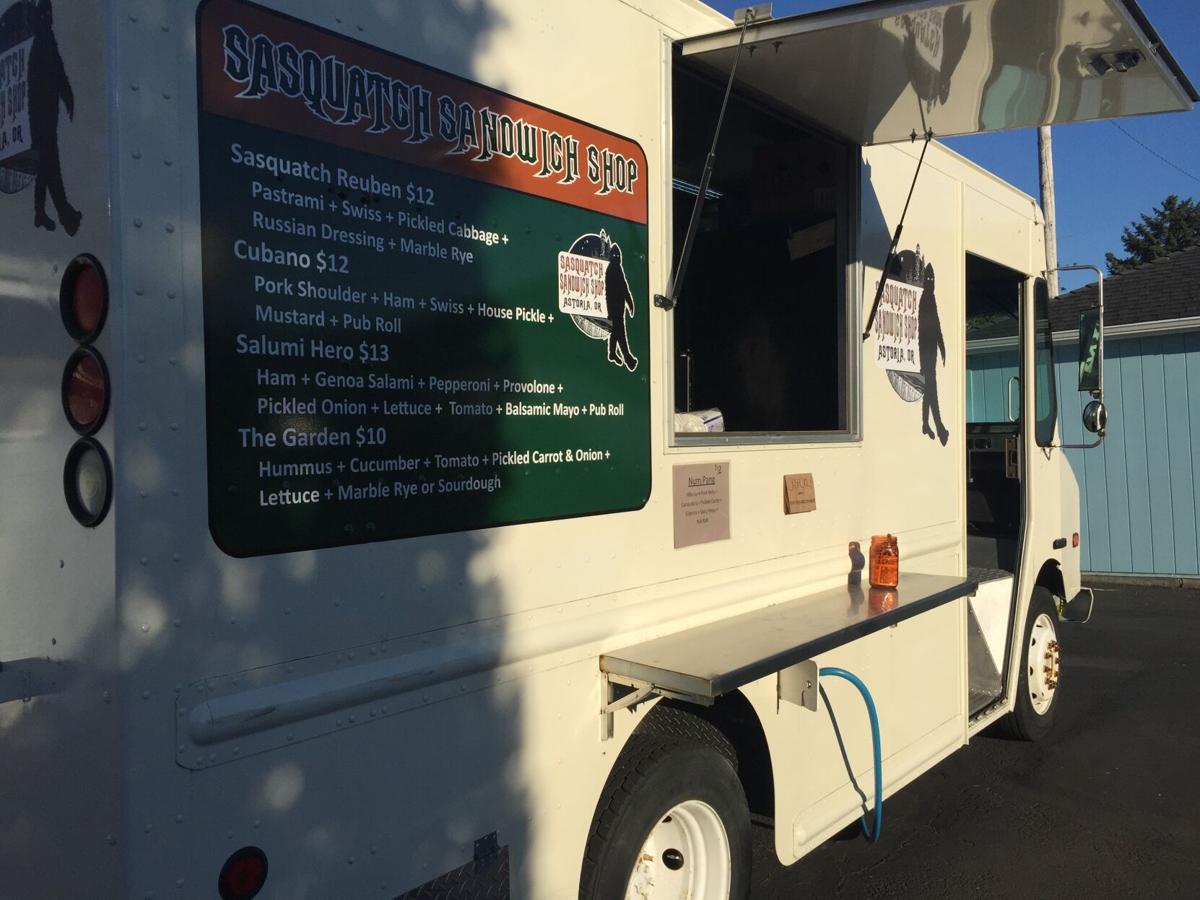 Food trucks may be returning to Seaside as a result of special permits.

Food trucks may be returning to Seaside as a result of special permits.

Jason Lancaster, a former top chef at restaurants along the North Coast, is now displaying his culinary skills from inside his Sasquatch Sandwich Co. food cart parked at Hamilton Market on Avenue U.

Lancaster was a chef at Maggie’s on the Prom when he met the restaurant’s co-owner, William Montero. While Lancaster left Maggie’s several years ago, the two met up at the Seaside Golf Course this fall.

Montero invited Lancaster to set up on the parking lot of the market, which he opened in 2019 with family members at the site of Ken’s Market.

In December, Seaside approved a special parking lot sales event permit in response to restrictions for the coronavirus pandemic.

“I had the truck and he had the property,” Lancaster said while grilling an Asian num pang sandwich — pork belly, cucumbers, pickled carrots, cilantro, spicy mayo on a club roll. “This is exactly what I wanted it to be.”

Sasquatch Sandwich has a recurring set of specials including the Sasquatch Reuben, with pastrami, Swiss cheese, pickled cabbage, Russian dressing on marble rye; the Cubano, pork shoulder, ham, Swiss, pickle, mustard and pub roll; and the salami hero and vegetarian garden sandwich on rye or sourdough.

At The Cove restaurant at the Peninsula Golf Course in Long Beach, Washington, he enhanced his reputation with an Iron Chef Goes Coastal award and was mentioned in a “picks” selection by The Oregonian contributor Gerry Frank.

He established a permanent truck as part of a food pod in Astoria before buying a second truck, which he tried out this summer at the Seaside Farmers Market and is now debuting for eight weeks every Friday at the Hamilton.

He is joined by his partner, Amy Myers, who worked at Maggie’s as a sous chef.

Myers, a Portland native, grew up in Hillsboro and the Portland area before her family relocated to Seaside. She brings 27 years of experience to the food truck, working at various restaurants since she was around 10.

“I went to culinary school over a decade ago,” Myers said. “I used to be the kitchen manager right here in this neighborhood at the former U Street Pub.”

The most difficult part of operating a food truck, Lancaster said, is setting up and shutting down.

“You’re putting in an hour before you even touch any food,” he said.

Unlike in Astoria, where he serves from a fixed location, moving the cart means loading and packing up. Not done properly, once out of the parking lot the inside of the truck “looks like a bomb went off,” he said.

Lancaster, Myers and Montero still face a challenge to maintain a long-term spot in Seaside.

In 2018, Seaside restaurant owners largely opposed a request from another food cart owner to operate in Seaside, citing limited housing and the short tourist season, which, they said, put brick-and-mortar businesses at a disadvantage.

All uses in the city’s commercial zones, “shall be conducted entirely within a completely enclosed building,” Seaside’s code reads.

“When I asked for the event permit, I used COVID as the basis for my request,” Montero said. “My sense is that we are really not infringing upon the sit-down diners, we’re really affecting the fast-food people. There’s a need. Even McDonald’s and Kentucky Fried Chicken are backed up for blocks.”

After their first day serving, Montero said, they were told that downtown restaurateurs had complained to the city’s planning department about Lancaster’s operation.

Montero planned to approach the department to seek a variance for a long-term permit.

If denied, he said, Montero could approach the City Council to try to change the ordinance.

Lancaster said he is confident he will be able to continue to operate in Seaside.

“If places have the right setup and you’ve got your own garbage disposal and power, I think they’re going to allow it,” he said.