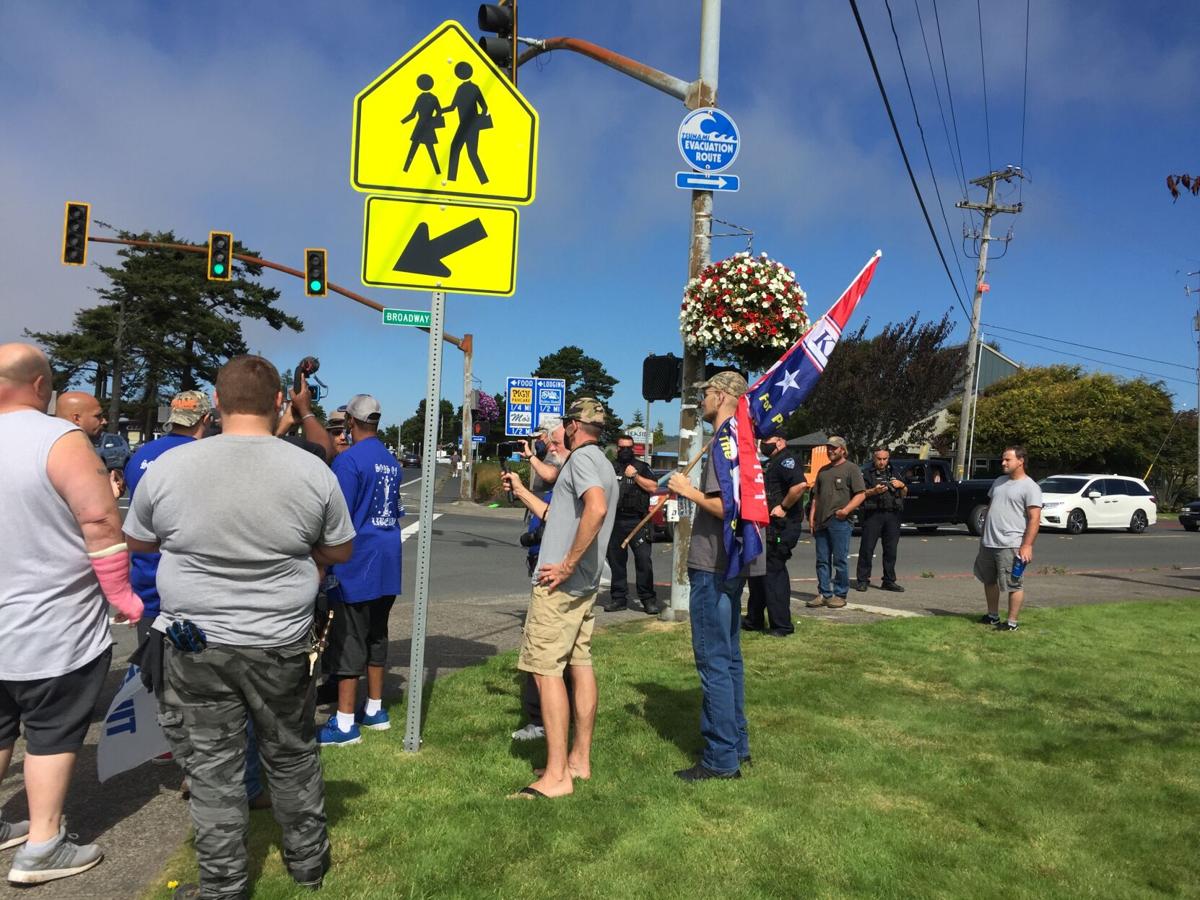 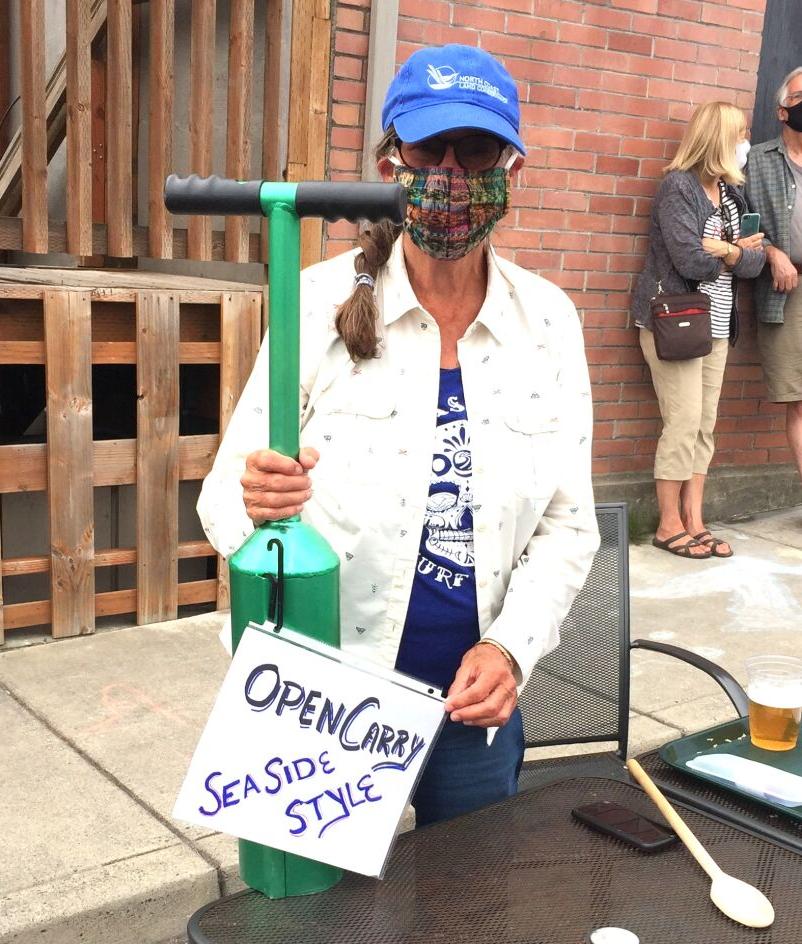 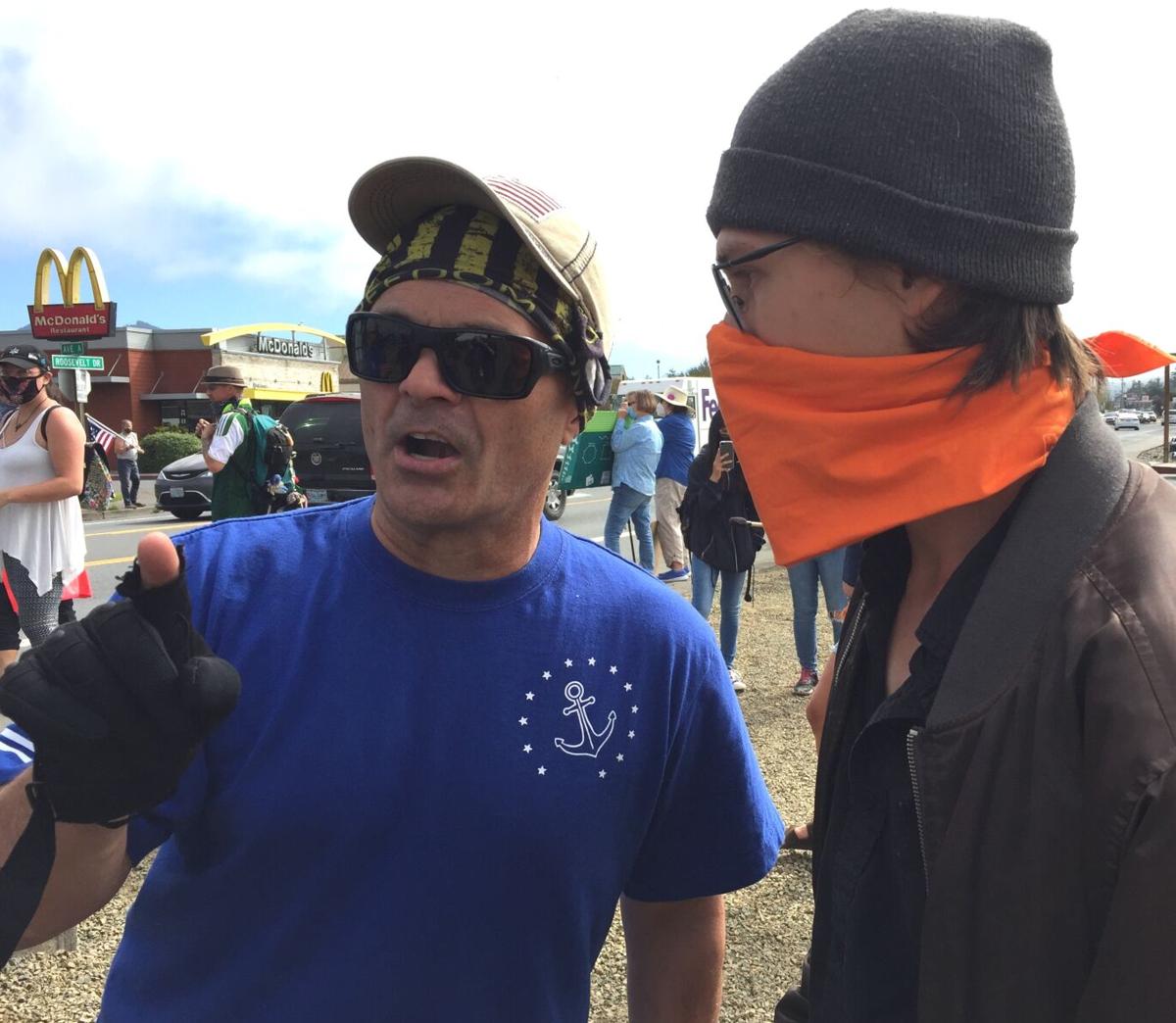 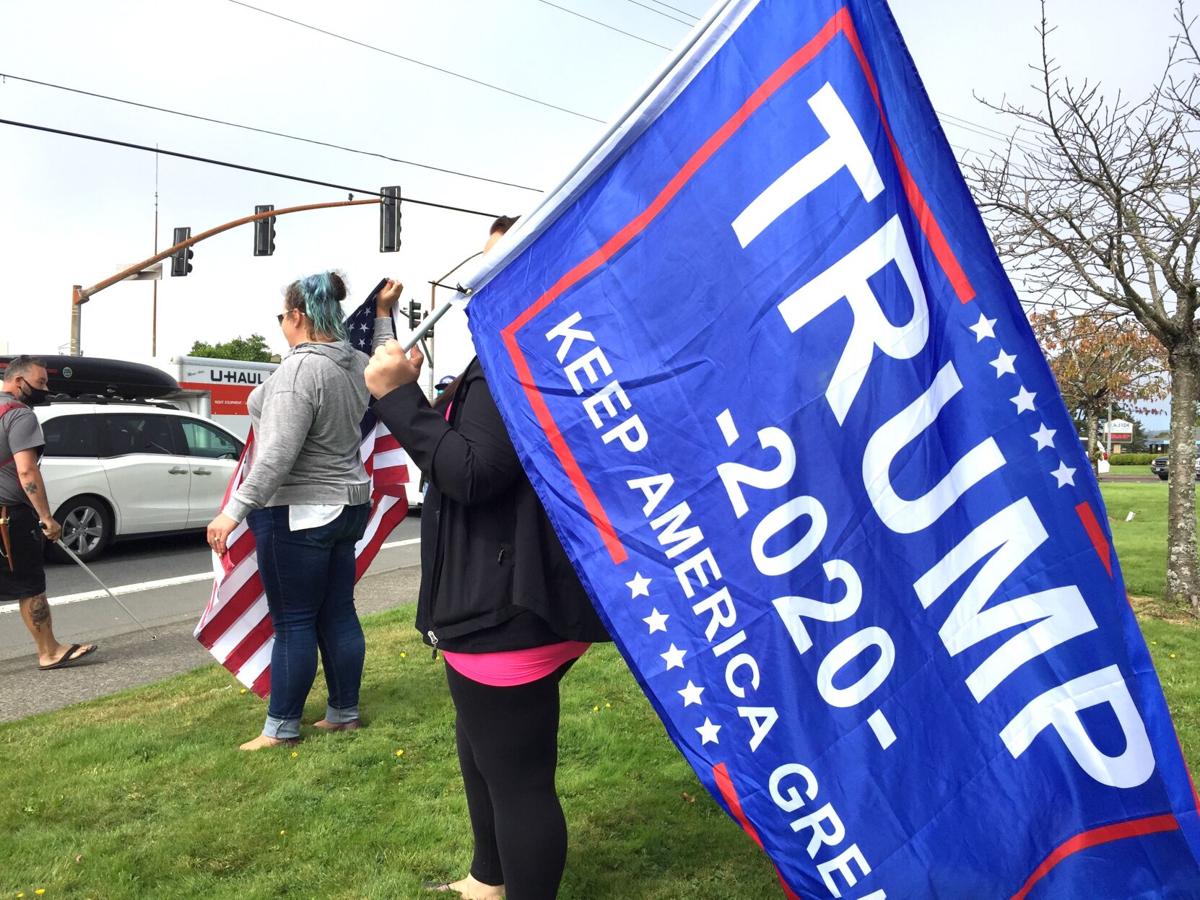 “Leave your guns at home.” 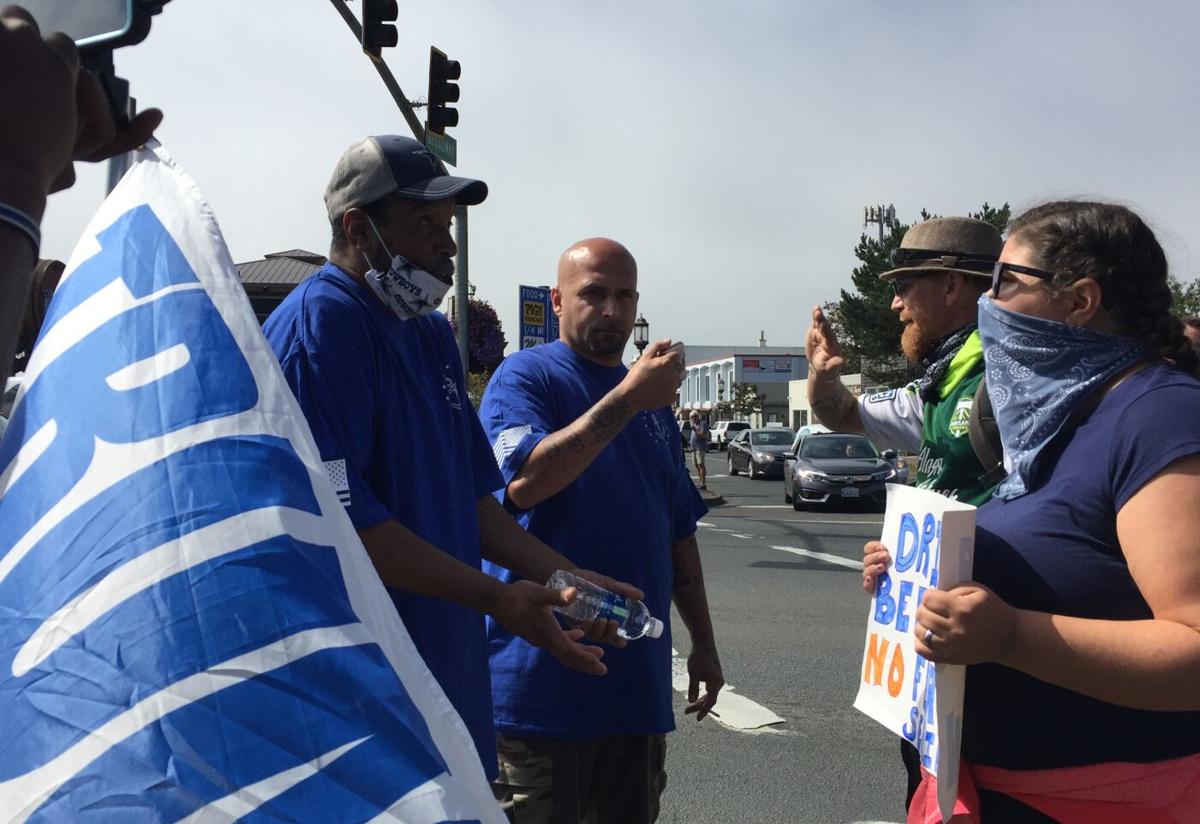 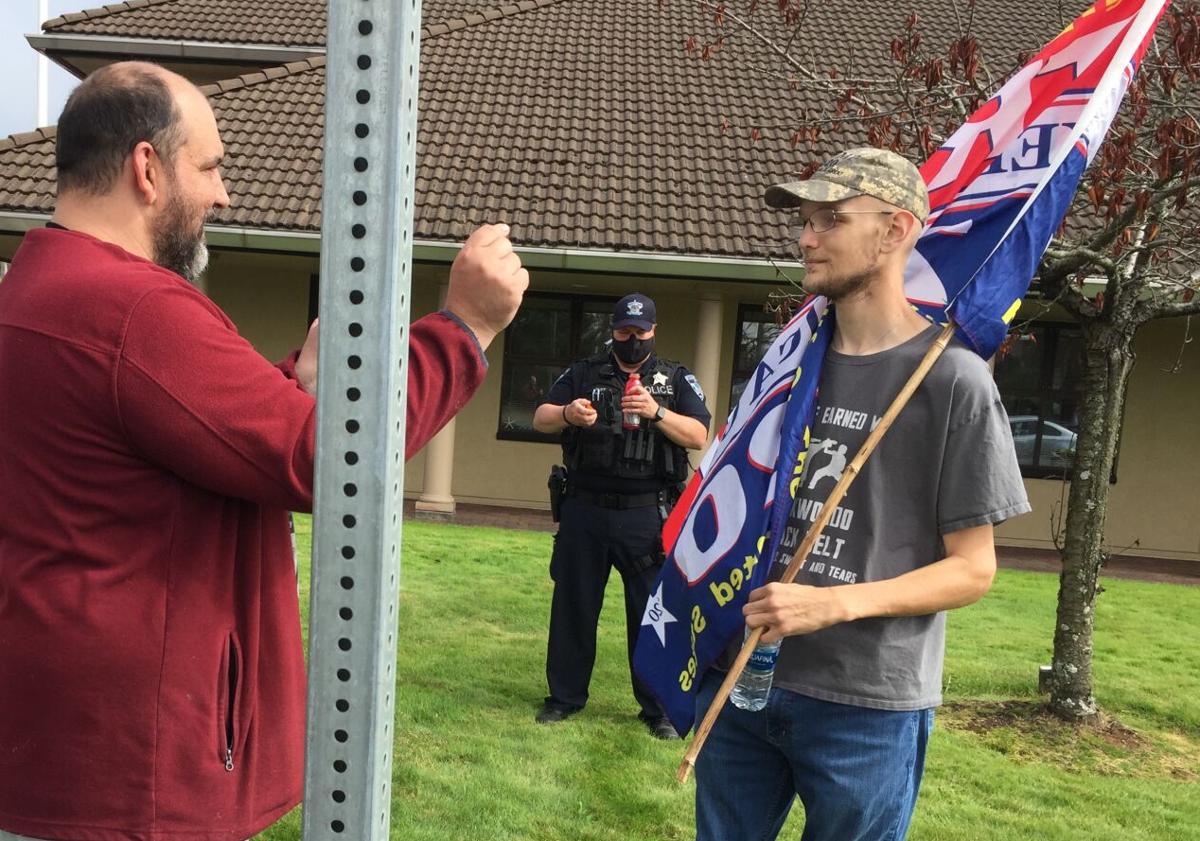 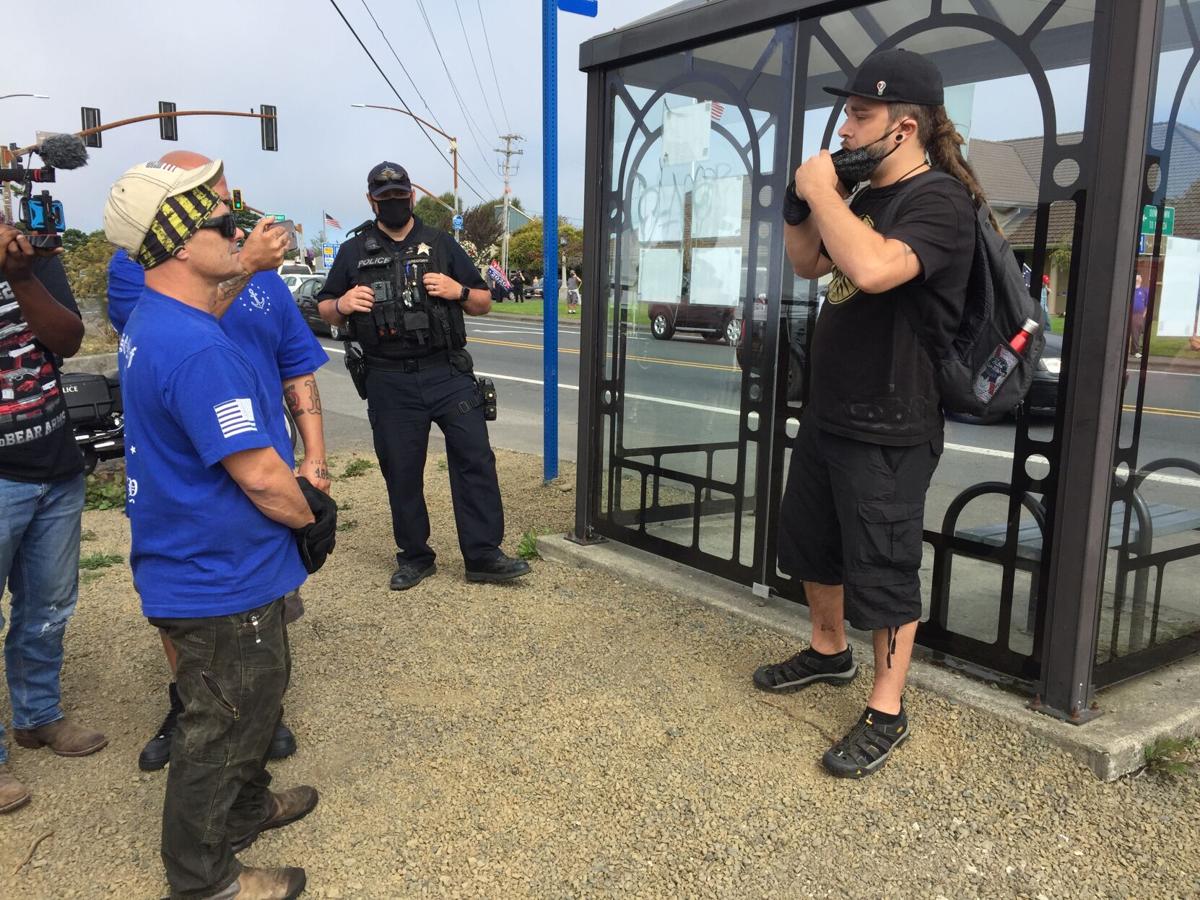 “Leave your guns at home.”

Dual rallies in Seaside — with Second Amendment advocates on the east side of U.S. Highway 101 and supporters of Seaside Brewing Co. owner Jimmy Griffin — came to a peaceful conclusion Sunday after three hours of marches, drums, chants and sometimes heated discussions.

No arrests, no warnings and no citations by the time participants dispersed at about 4 p.m., Police Chief Dave Ham said.

The open carry and Second Amendment rally was co-organized by Miles Rudduck and Ryan Lyles.

Griffin had spoke at a City Council meeting after an open carry demonstration in August in front of City Hall caused families at his brewery to be concerned for their safety. He proposed that the community begin a conversation to figure out how to prevent armed groups from marching in Seaside’s streets with loaded weapons.

In a post that went viral on Seaside Brewing’s Facebook page last Monday, Griffin called for “an exchange that helps define what we need to do to move the ball forward as a community, and helps strengthen and support the foundations of our democracy through conversation, and subsequently, understanding of each other. Let’s keep the dialogue going.”

At about 1 p.m., Second Amendment supporters marched down Broadway to the Turnaround.

After saying the Pledge of Allegiance, they returned to City Hall while a second group across the street chanted “We love Seaside,” and showed their support for Griffin.

“I think it’s important that both sides, all groups involved, are able to freely exercise their inalienable rights,” Williams said. “If it’s a group of conservative patriots on one side, on one side of the street and if it’s a group of antifascists/Black Lives Matter on the street, and they want to be armed, they’re exercising their rights. There doesn’t have to be an exchange.”

While the event was peaceful, there were occasional one-on-one encounters that led to raised voices.

Participants on both sides deescalated the conflict, stepping in when confrontations threatened to get out of hand.

Among the rally participants was Skylor Jernigan, who was charged with firing shots at a Portland rally last month. He carried a flag in front of City Hall.

“I’ve heard there was a flag wave that was down here and a friend of mine invited me, so I thought, all right, I had nothing better to do,” Jernigan said. “Don’t be afraid to come out and show your support for whatever you like. We are a nation that does support having our own opinion and none of us should be attacked for it. That happens all too often.”

Across the street, community members ordered food and drink at the brewery, gathering at tables in the parking lot.

“It’s good,” Griffin said from the brewery parking lot. “There was a great vibe here and lots of people I’ve never seen before showing up and taking a stand for their community.”

Seaside residents Kim and Steve Reef said they had been “friends of the brewery” for many years.

“We love coming here,” Kim Reef said. “It’s an awesome restaurant and the beer is great. We’re here to support Jimmy because he posted a message saying, ‘Hey dudes, stop walking around in front of my place with guns. It’s scaring my customers away.’ And he’s not an anti-gun dude. We came here to support him because the gun people decided it was some kind of battle, which is silly.”

Griffin thanked the police for their support.

“I don’t think they could have done a better job than they did. What happened today was a healthy back and forth exchange and dialogue between two groups with two different opinions. That’s America.”

Dual rallies in Seaside — with Second Amendment advocates on the east side of U.S. Highway 101 and supporters of Seaside Brewing Co. owner Jim…

Idk why my last comment isnt up anymore but it didnt go by without incident and this entire article is a fluff piece to make them look peaceful. They sexually harassed me and my gf on the street and then posted a video of it.

You can view it here

Okay but what about the fact that the screamed they knew where counter protesters lived and that sexually harassed and screamed transphobic things to people in the street?

Don't believe me watch the video!?