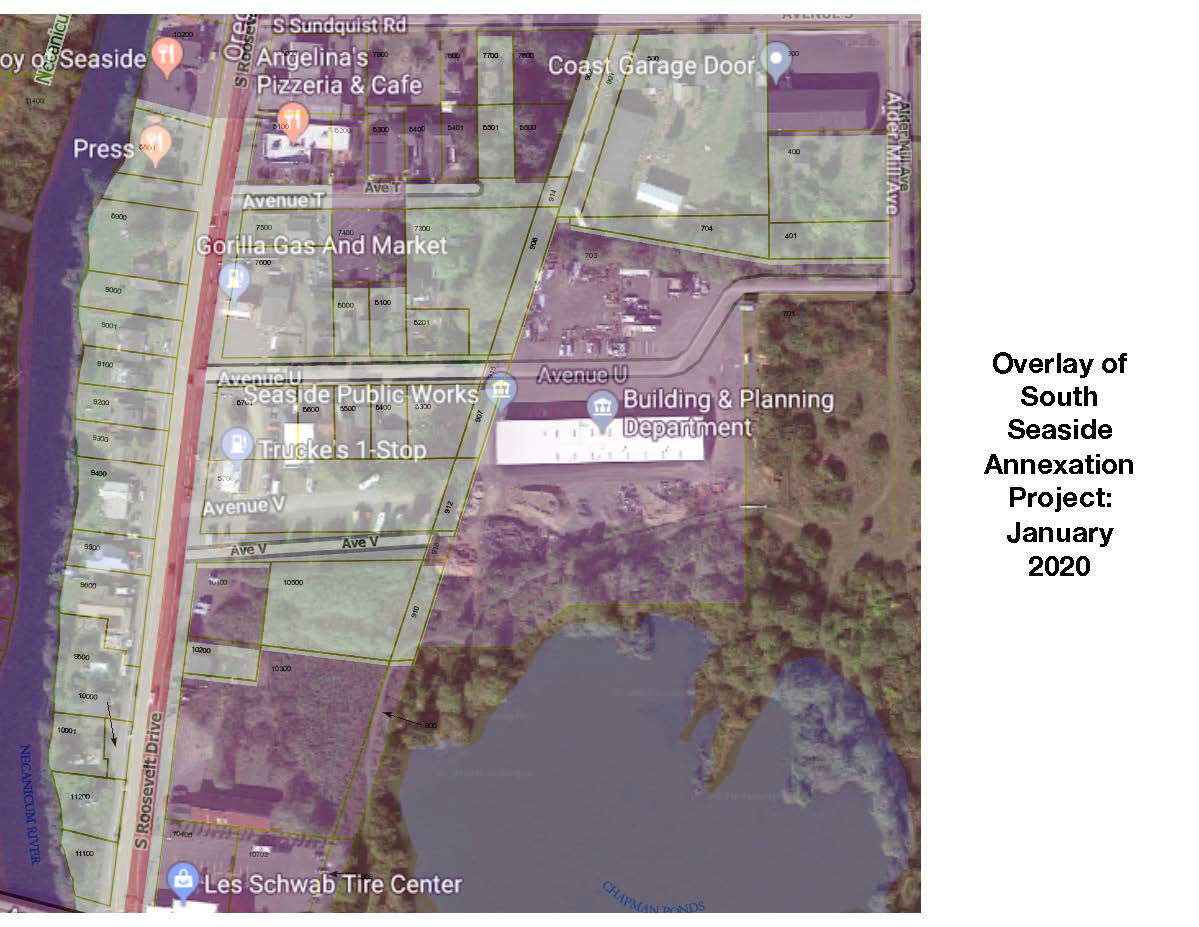 Properties along South Roosevelt Drive/U.S. Highway 101 in Seaside identified in gray, to be annexed by the city. 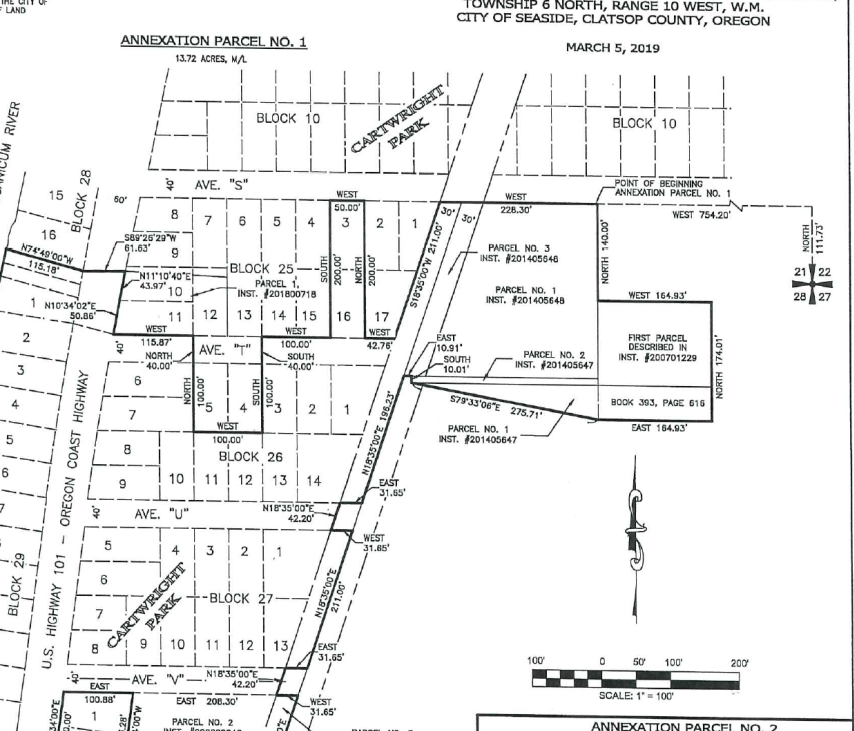 Properties along South Roosevelt Drive/U.S. Highway 101 in Seaside identified in gray, to be annexed by the city.

Ordinance 2020-01 would allow for annexation of properties currently under county jurisdiction.

The ordinance calls for annexation of property zoned general commercial and industrial from Bell Buoy to Avenue U in accordance with the zones established under the city’s comprehensive plan and statutes.

“Properties in that area are currently not in the city of Seaside,” City Manager Mark Winstanley told council members before the City Council’s Monday, Jan. 13, public hearing, the first of three scheduled. “I know it’s been a goal of this council this year to go through the properties and bring them into the city. We’ve prepared an ordinance to allow that to take place.”

Annexation is required before land can be developed at urban density with city zoning, or to hook up to city water, police, fire and other services. After annexation, subject properties — about two-thirds east of which are east of the highway, and one-third along the Necanicum River — would be withdrawn from the Seaside Rural Fire Protection District and included in the city of Seaside for fire protection purposes.

Property owners would be required to pay the cost of water and sewer extensions.

Residents now under county jurisdiction would see an increase of about $1.80 per $1,000 of their home’s assessed value after annexation, officials estimated.

According to city staff, property owners received letters and an overview map in October 2018 with a second letter and response map to property owners the following month.

Twenty-seven owners of the 45 properties were sent response cards, and 14 of the 20 owners who replied said they would be in favor of annexation, Rahl said.

Residents at the Jan. 13 public hearing sought assurances that they would not be charged prohibitively expensive fees for water hookups or septic removal.

“There are things that need to be resolved before we’re on board with annexation,” attorney Christian Zupancic, representing SC&RV LLC, which owns the land about to be annexed.

The city would handle installation of the main sewage lines Rahl said, and landowners share the cost of those lines to their home or business. Those costs may be paid immediately or in an installment plan with interest.

Property owner Benjamin Brown sought assurances that he would not be hit with high fees for removal of working septic systems.

While hookup would be mandatory, Winstanley said, the existing septic system could be emptied and abandoned in place.

Sewer and water plans are yet to come, Winstanley said. “We certainly can have conversation about it, and we can give you ideas how we can solve some of those things, but that’s a project we do after we annex, not as we annex.”

“From a design standpoint, we’re a ways from doing that,” Winstanley said. “The council would have work to do.”

That could include forming a local improvement district, finalizing a construction project and compiling bid documents. “Within a couple of years time if we got sewer into those properties, that would be a pretty good timeline.”

Councilors said that cost to homeowners is their main concern.

“I would instruct we keep the costs as low as we can to the homeowners,” City Councilor Seth Morrisey said.

City Councilor Steve Wright added, “Whatever we do, we want to be fair and equitable in doing this.”

Second and third readings of the ordinance could be read after public hearings scheduled Jan. 27 and Feb. 10.

“We will be taking future testimony,” Frank said. “There’s a chance to let us hear concerns and for everyone to understand what the city wants to do.”