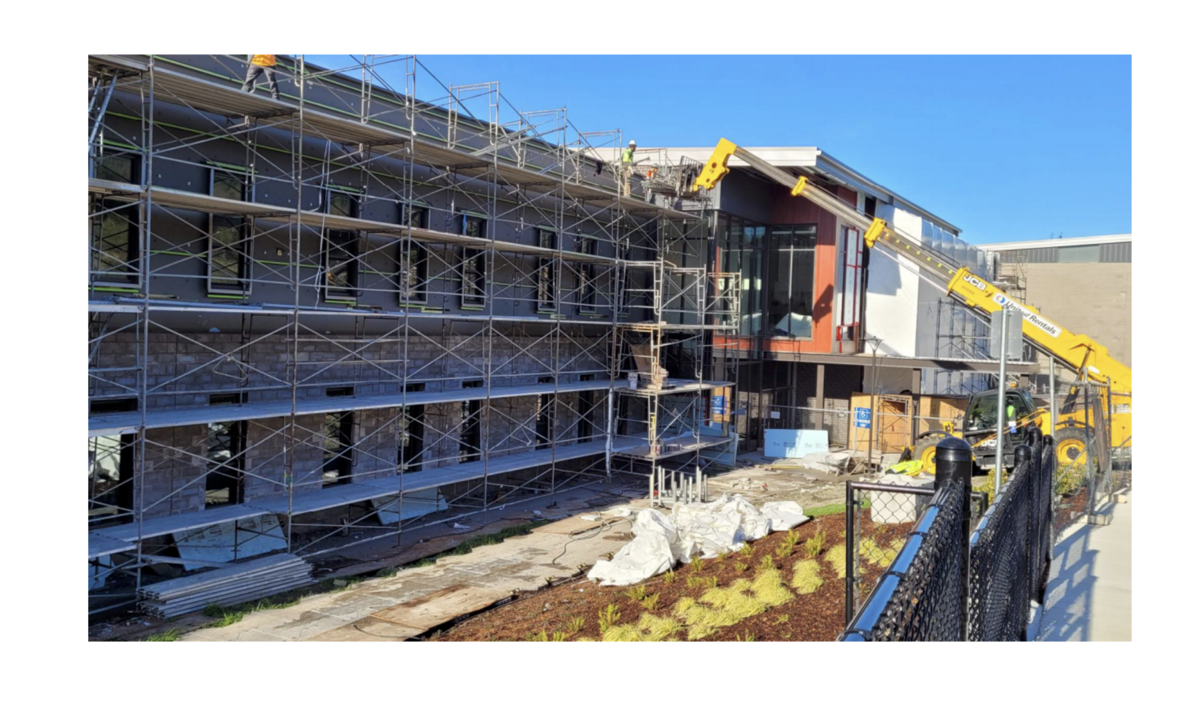 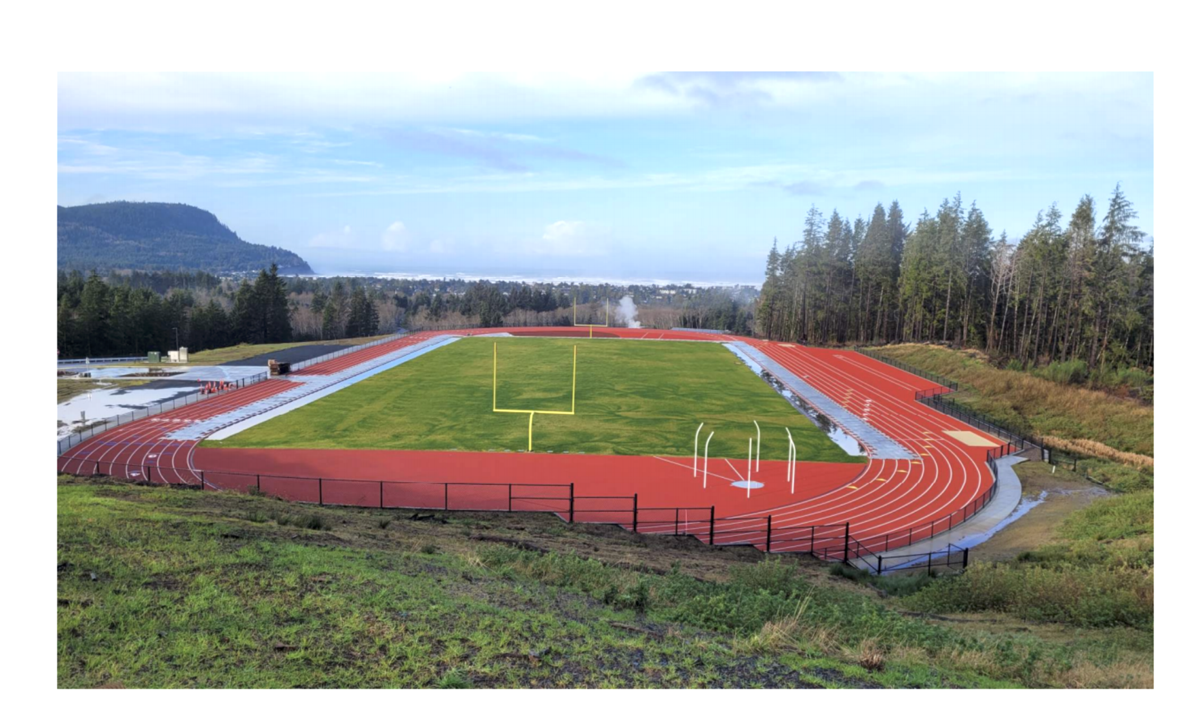 Athletic field at the high school/middle school campus. Many families are hoping to bring sports programs back as quickly as possible. 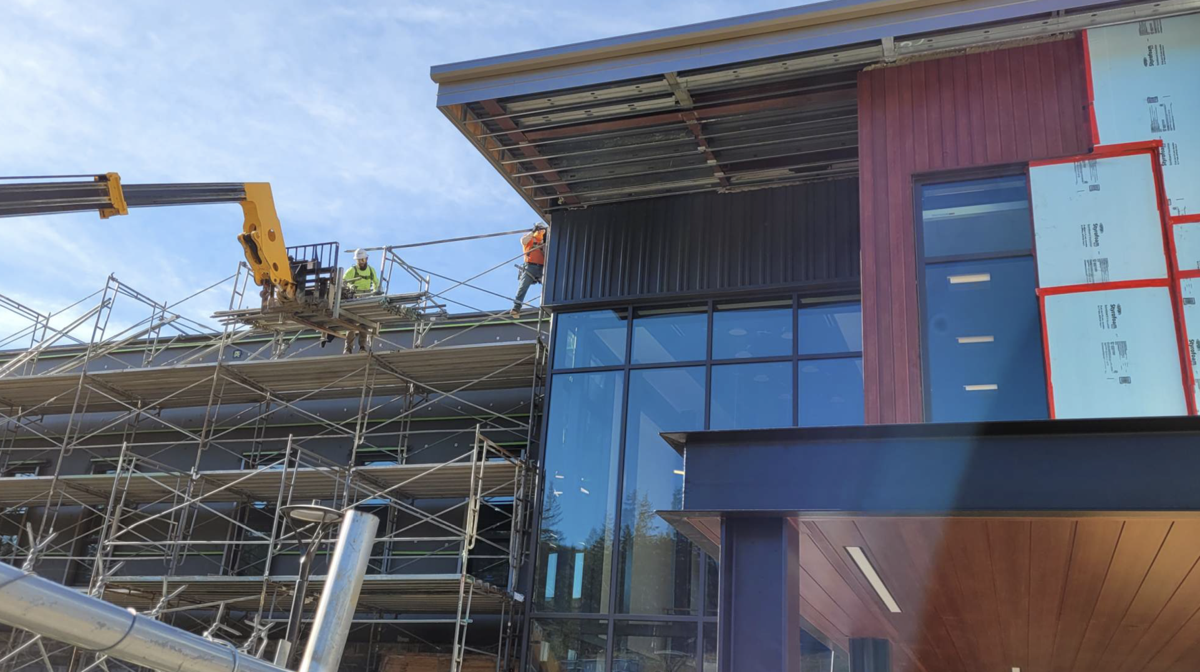 Athletic field at the high school/middle school campus. Many families are hoping to bring sports programs back as quickly as possible.

Construction is mostly complete, with a few punch list items waiting and a completion of exterior remediation to the eastern side of the building. “We wish a ribbon was wrapped on top of the buildings, but we can have students in school,” Henry said.

In December, members of the construction team continued work on exterior remediation, finishing replacement of 22,000 linear square feet of weather barrier after the first application failed to meet specifications.

Work on the west side of the high school and middle school is near completion with the removal of scaffolding and installation of metal panels, Henry said. On the east facade, masonry work remains. “We’ve been seeing good progress. All of the tests have been thumbs up,” he said.

The work is expected to continue through February.

The school booster club sign will be moving in two to three weeks.

Field drainage issues remain and landscaping work is expected to be finished in the spring.

At Pacific Ridge Elementary, cafeteria ceiling tile and security camera installation was completed in December and a new security front window installed between the office and the vestibule.

Outside, site work remains with completion of crosswalk access at Spruce and Alder.

Overall, the construction project completion comes several months after the planned fall 2020 completion, Henry said. He attributed the lag to permit delays from the U.S. Army Corps of Engineers and the Oregon Department of State Lands, which pushed in-water work back in 2018.

“That set us back quite early and we’ve been making it up ever since,” Henry said.

Even with classrooms at the ready, the start of in-person instruction is still delayed.

With the new state guidance and Seaside School District in the orange zone, the district could bring some students back, Penrod said, offering elementary on-site learning and a hybrid transition.

“If case counts don’t rise, we could begin hybrid instruction with some of our elementary school students for on-site learning by Feb. 15,” Penrod said. “If case counts continue to rise, we would need to remain in comprehensive distance learning.”

Why would anyone put their children back into a failing school system? After seeing the lack of education our children have received so far; my kids pulled my grandchildren out of public school and we are homeschooling them!