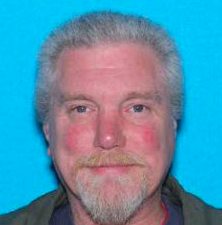 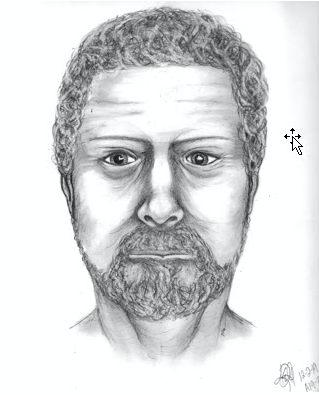 Sketch provided to detectives during the investigation of the death of Rick Huckaby.

Sketch provided to detectives during the investigation of the death of Rick Huckaby.

A Seaside man who started a fire in his home on S. Columbia Street before killing himself in February is the suspect in a murder in Kelso, Washington.

After a seven-month investigation, detectives with the Cowlitz County Sheriff’s Office identified Stephen Scott Penwarden, 69, as the suspect in the murder of Rick Huckaby.

Huckaby was shot multiple times by a suspect who entered his Kelso home in November. Huckaby’s wife was in the home at the time of the shooting but did not recognize the suspect.

The woman helped provide details about the suspect for a sketch artist to develop a composite. Investigators also recovered six .32 caliber casings from the scene.

Detectives obtained about 40 search warrants and subpoenas during the course of the investigation.

They later learned the Huckabys were friends with Penwarden, who committed suicide by shooting himself with a .32 caliber pistol in February before setting his Seaside home on fire. Officials say details from that investigation showed Penwarden used the same brand of ammunition that was used to shoot Huckaby.

Examination of the pistol by the Washington State Patrol Crime Laboratory confirmed it was the same pistol used to kill Huckaby, and that it was purchased by Penwarden in 2008.

Officials say the investigation also revealed Penwarden purchased gasoline at Fred Meyer in Warrenton at 5:45 p.m. on the night of the murder. Huckaby was shot at 7:11 p.m., and the drive time from this gas station to Huckaby’s home is one hour and fifteen minutes.

Penwarden’s vehicle was also similar to a vehicle seen in Kelso at the time of the shooting.

The suspect sketch and the physical description of the suspect by Huckaby’s wife also bears resemblance to Penwarden.

Investigators say Penwarden was known to be a loner by family and neighbors, aside from his friendship with Huckaby. The two reportedly stayed at each other’s homes numerous times and were friends up until about six years ago, when Penwarden began to display mental problems and paranoia.

Penwarden reportedly believed Huckaby was at the center of a conspiracy against him, and blamed him for the loss of his job, divorce and other problems.

Penwarden’s home was in foreclosure. He also had a lengthy criminal history, including a case that involved assaulting teenagers.

Officials say all the evidence indicates Penwarden acted alone in murdering Huckaby, and that the investigation will be considered closed.