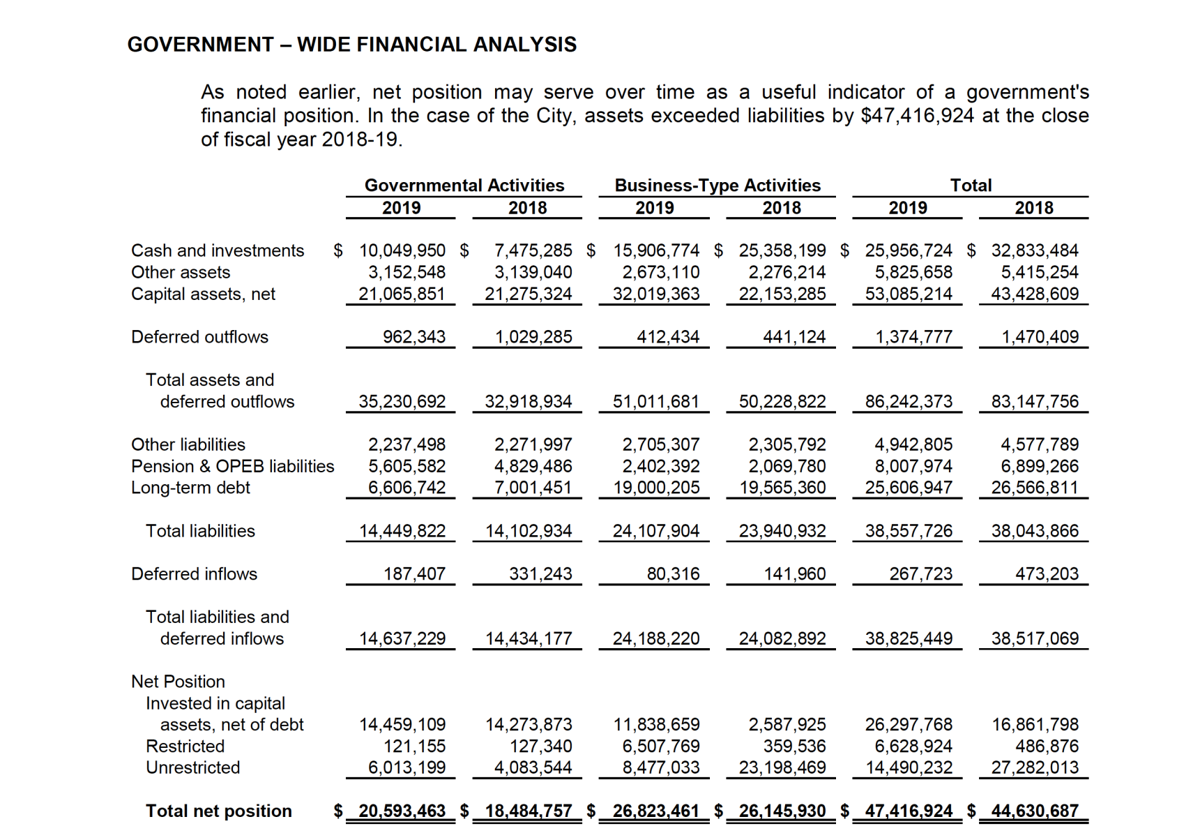 A financial analysis of the city from auditors Kern and Thompson.

A financial analysis of the city from auditors Kern and Thompson. 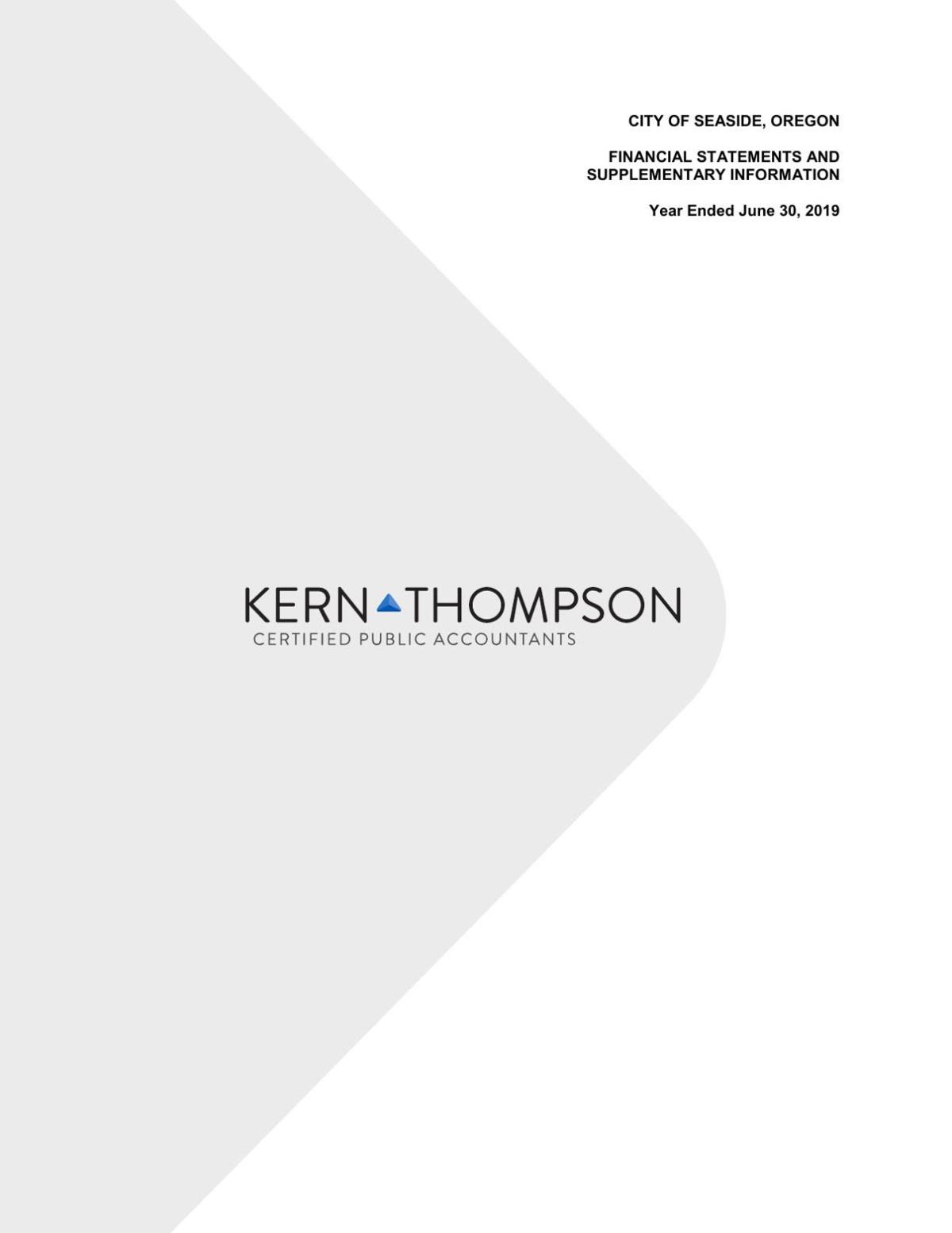 Rick Proulx of Kern and Thompson, LLC, delivered the news of this year’s audit report to the city.

“I’m happy to report that our audit opinion is a clean opinion,” Proulx said at the Monday, Dec. 9, City Council meeting.

The city is in a strong financial position, he added.

According to the analysis, covering the fiscal year ended June 30, the city’s 2019 budget was a little more than $45 million, with cash and investments of about $26 million. Business activities net position increased $678,000 and the General Fund’s balance stood at $5.2 million.

The opinion confirms that the city’s financial statements for the fiscal year ending June 30 are fairly stated in accordance with generally accepted accounting principles and government and standards, Proulx said.

“The numbers are accurate and reported correctly,” he said at Monday’s meeting. “There were no deficiencies or abnormalities to report.”

Auditors submitted an electronic copy of the audit report to the state as required by Oregon statutes.

After delivery of the report, City Council approved an annual contract with Kern and Thompson for doing the audit this year, which was upped from $42,000 to $43,000, City Manager Mark Winstanley said.

“I do want to remind the council a few years back, we talked the auditors into lowering their contract price, and they’re still not to where they were at a few years ago,” Winstanley said. “We think it’s a very good price, and we also thing the extra $1,000 is warranted. They do an excellent job putting the audit together, and we recognize that by approving the audit contract this year.”