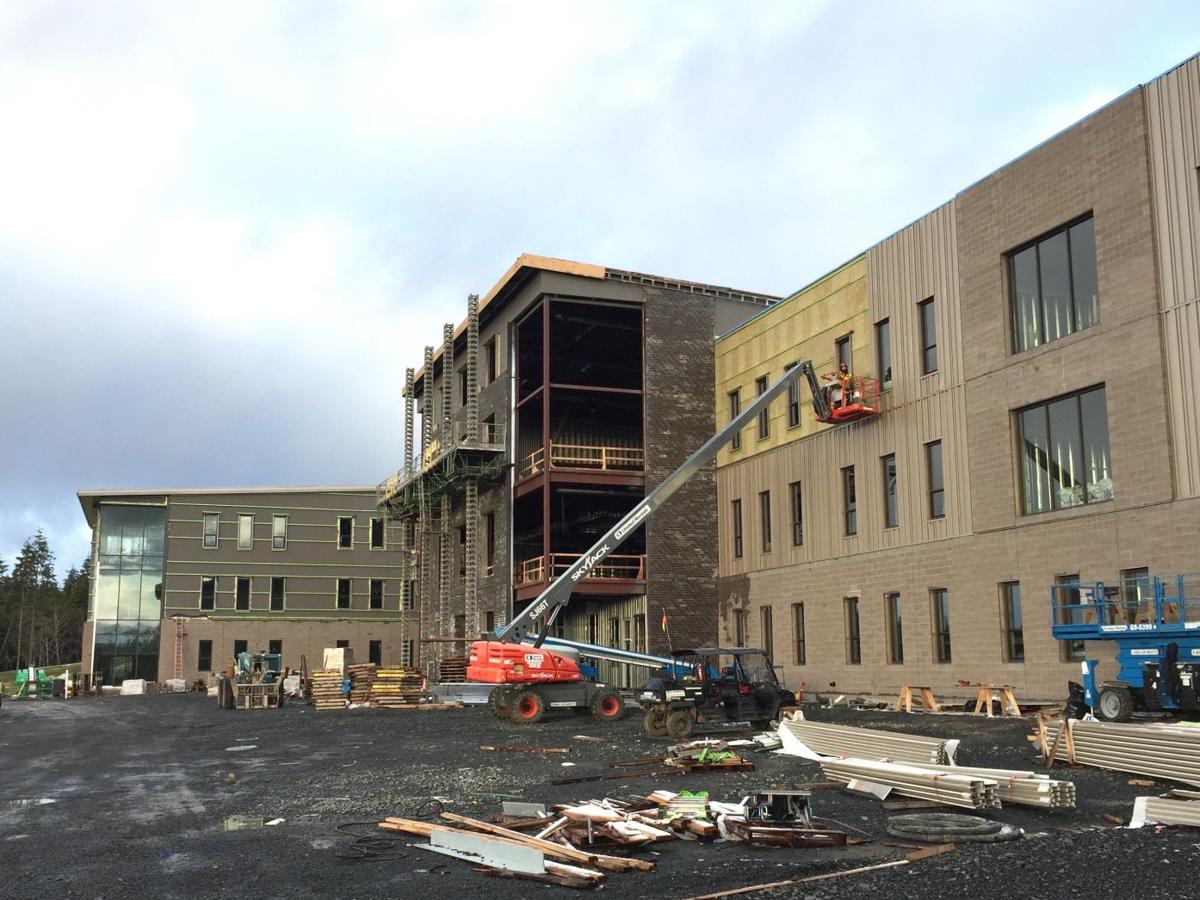 Work at the high school and middle school site on Tuesday, Jan. 14. 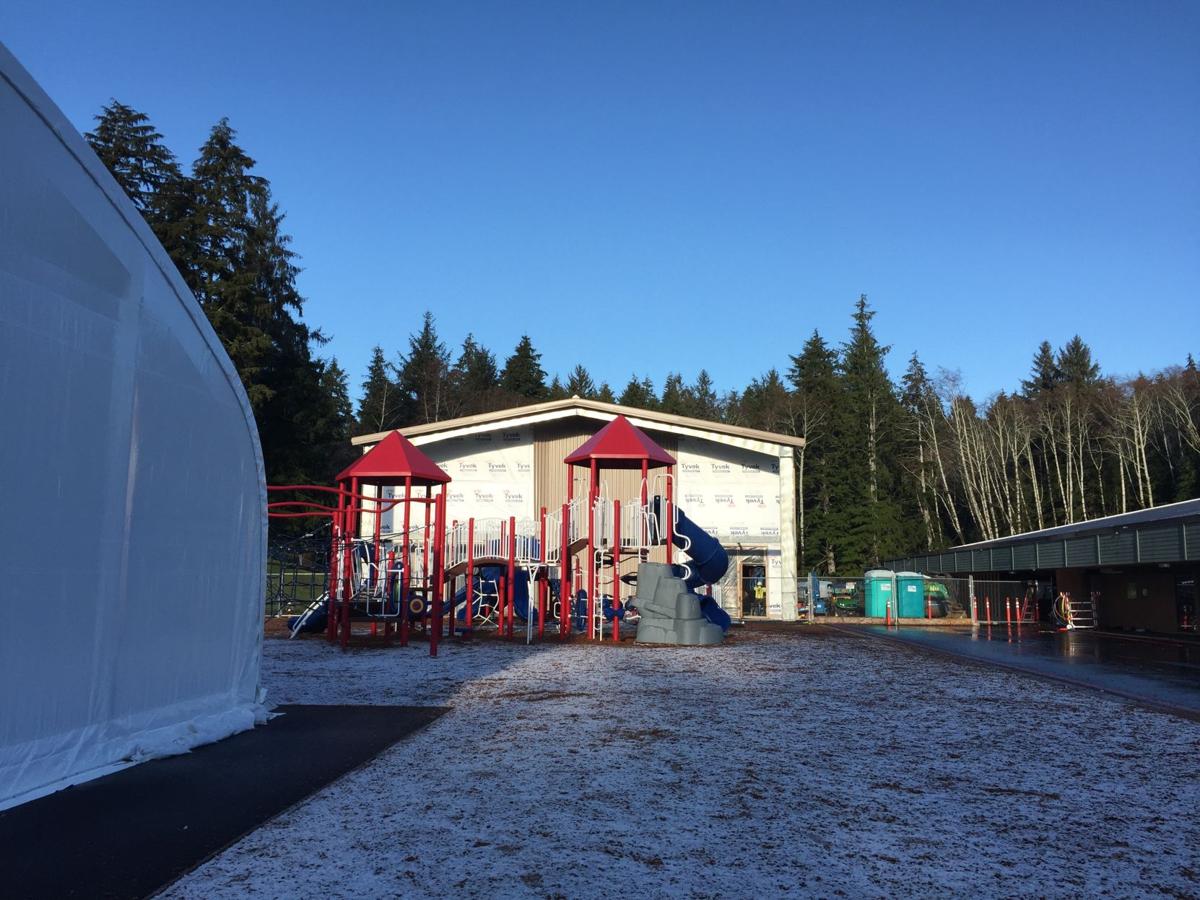 A playground area behind The Heights. The new gym is in the background with a temporary play area in foreground, left. 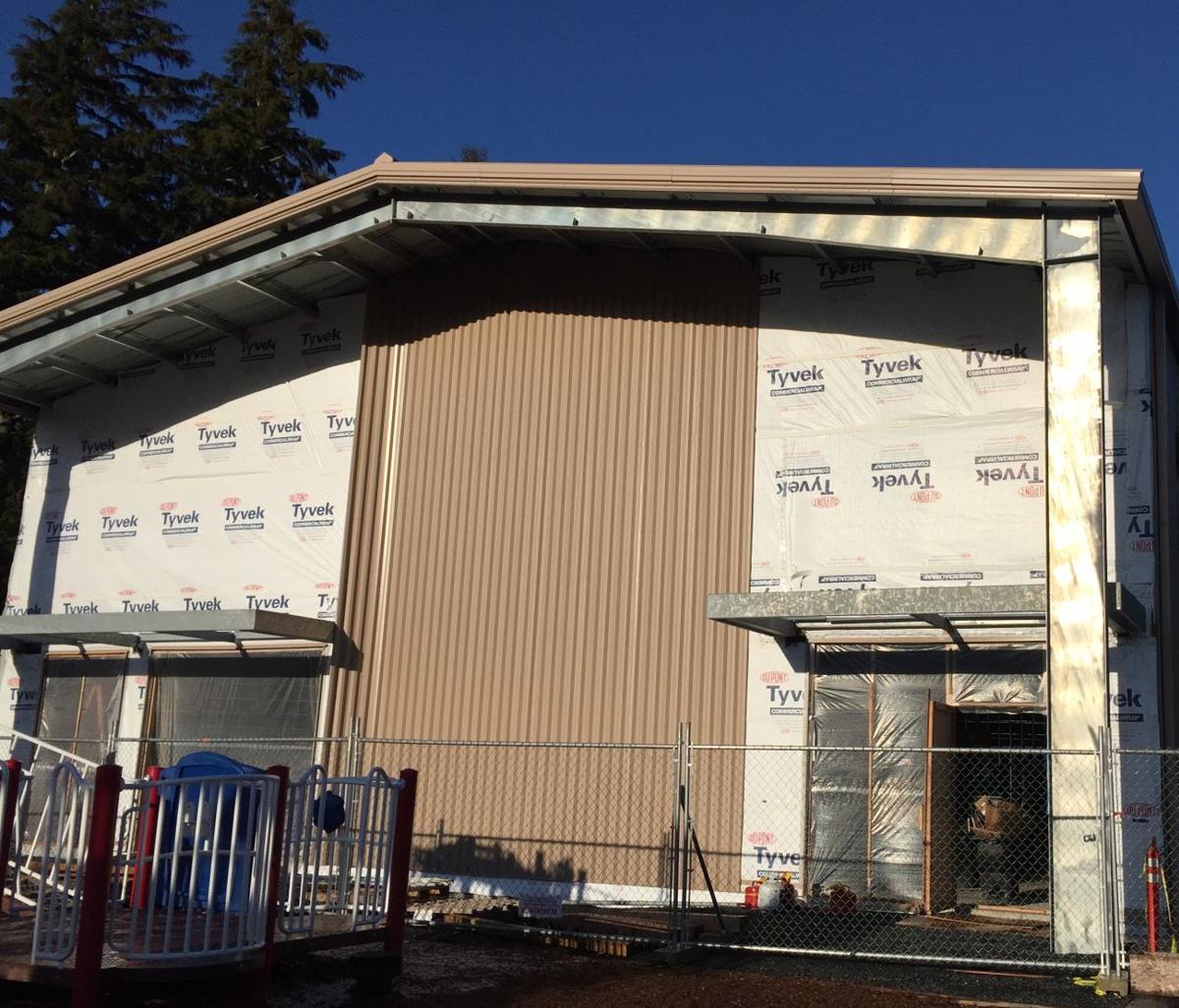 Construction at The Heights includes a new gym.

Work at the high school and middle school site on Tuesday, Jan. 14.

A playground area behind The Heights. The new gym is in the background with a temporary play area in foreground, left.

Construction at The Heights includes a new gym.

Mark your calendar: the Seaside School District expects “substantial completion” of its $123 million construction project in the South East Hills by the end of July.

As winter weather descended with a flurry, members of the district’s Construction Citizen Oversight Committee walked construction areas at The Heights and on the hill above, where the high school and middle school building project is moving into its final stages.

The school district will see “substantial completion” by July 27, project manager Jim Henry said at the meeting. “That means the building is substantially done and we can get occupancy. That’s also the date where all the warranties kick in — start or expire in years down the road.”

Henry said he hoped to finish all items on the construction punch list before faculty and administrators move in for fall, to “have a clear line where you take over certain sections of the building.”

At the high school and middle school campus, crews worked 10-hour shifts, four days a week, project superintendent Phil Broome said. “In the middle of October, we were doing six 10s,” he said. “Now we’re down to four.”

At The Heights Elementary School, modulars have been installed and classes are underway.

The fourth and fifth grade will finish the year in the modular, Seaside Superintendent Sheila Roley said.

No class will move more than once during this school year, Roley said, and it will take most of the school year to complete all the pods. Classroom moves for opening in the fall will happen during the summer.

The modulars will remain after renovations are complete, in anticipation of students from Gearhart Elementary School, which is closing in June, Roley said.

Gearhart has 12 regular classrooms, with special education and music.

The Heights will have about 22 classrooms, 14 inside and eight modulars outside to house about 750 students next fall.

“We needed this many more to have the space for everybody,” Roley said.“It will be a big elementary, but they certainly get a lot bigger.”

Painting or follow-up could continue at The Heights at the start of the new school year, Henry said.

“Being a renovation project and working in an occupied building presents other kinds of coordination or schedule issues,” he said.