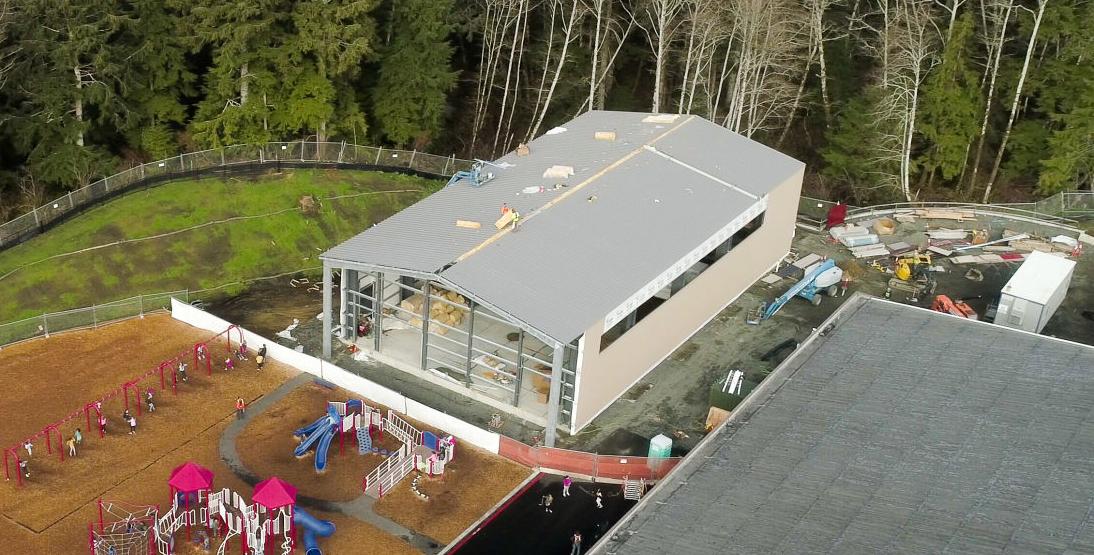 Aerial view of The Heights gym under construction and play area. 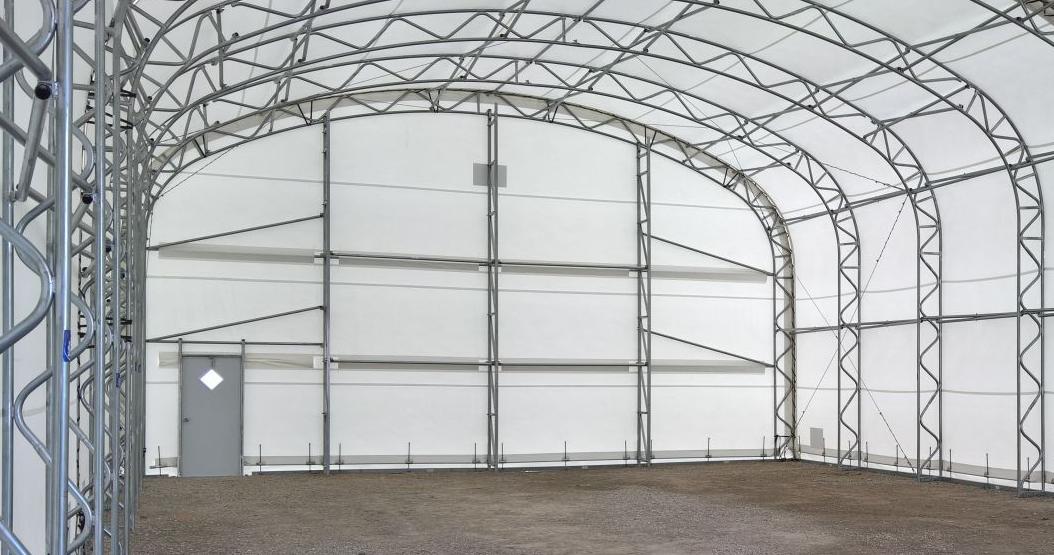 Interior of The Heights temporary gym.

Aerial view of The Heights gym under construction and play area.

Interior of The Heights temporary gym.

A trailer with three-ton and five-ton counterweights deposited modular school buildings to The Heights.

Paving will start this week around the modulars, which will hold students during work inside the current building during renovation of the north section of The Heights.

Project Manager Jim Henry shared an update on the $123 million construction project to bring a new campus to the Southeast Hills, with an opening date of September 2020.The temporary gym will be removed at the end of the year.

Fencing at the high school and middle school is essentially complete, Henry said.

The roof is complete and the exterior “substantially complete,” he added.

Hoffman Construction had a $300,000 allowance for weather protection, but because of good weather, the allowance has not been used.

An intergovernmental agreement with the city for the reservoir is expected later this month, Henry added. “It’s amazing how much work has been done at the site for the reservoir. It’s been completely cleared off. Rock has been brought in for the foundation, stormwater systems are going in.”