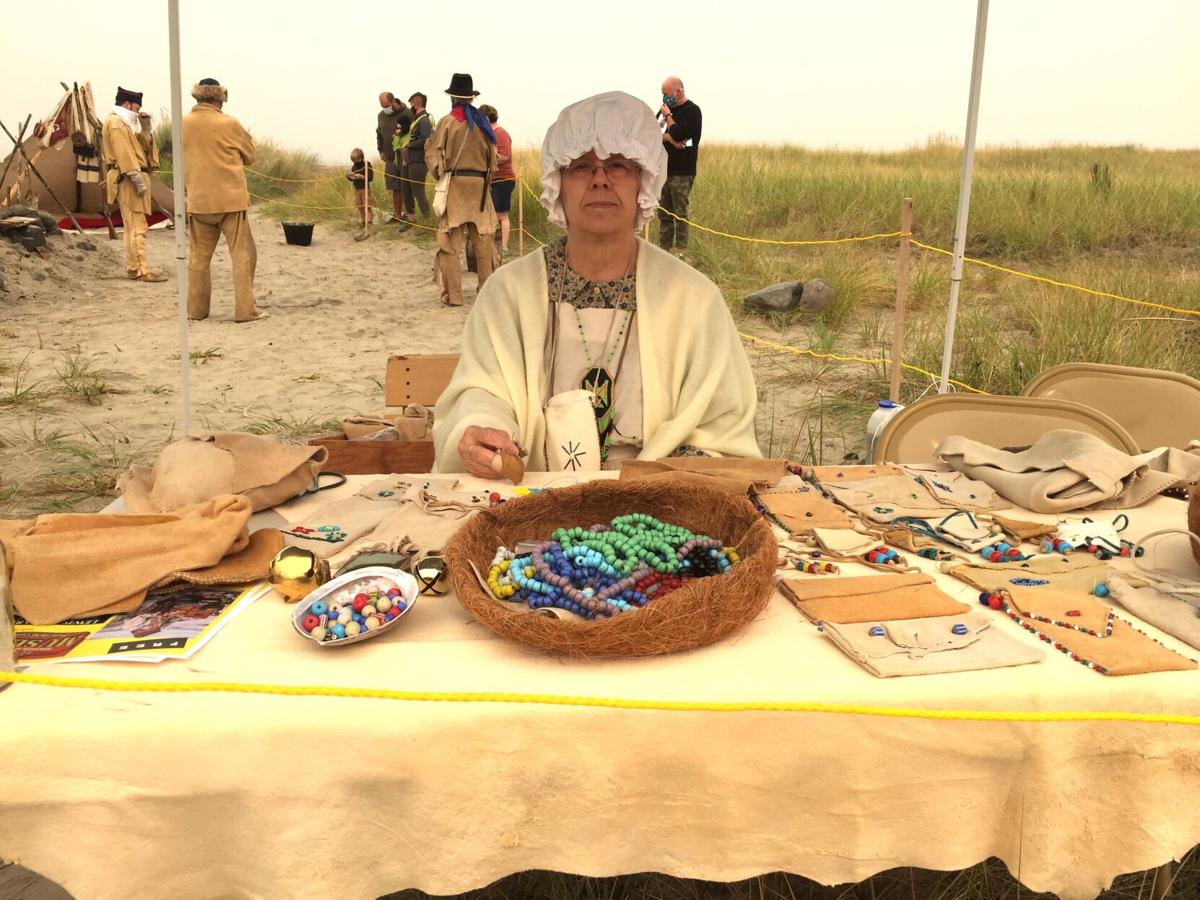 Mrs. Cane, the seamstress who accompanied the Lewis and Clark Expedition on its Voyage of Discovery. She made uniform shirts for the men and did laundry. 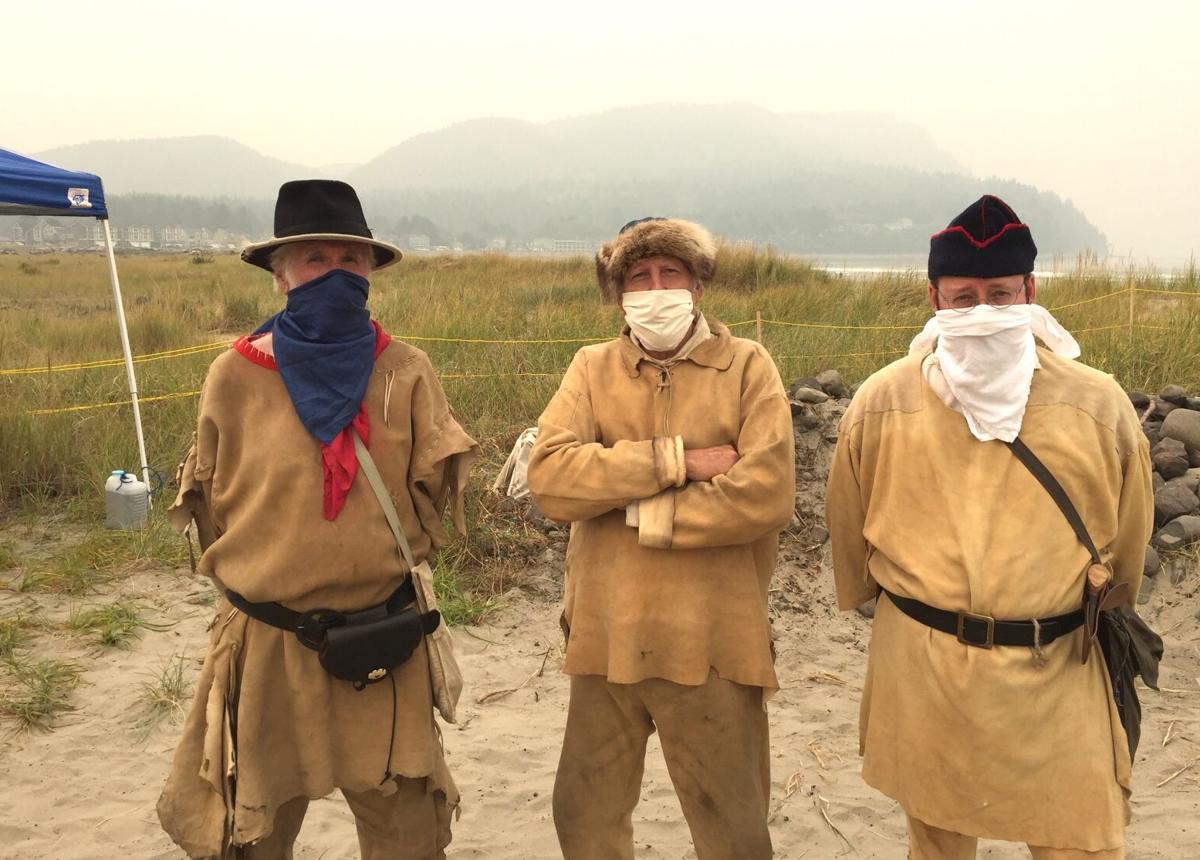 Reenactors Sid Stoffels, Glen Allison and John Orthmann at Saturday’s Lewis and Clark Salt Makers event in Seaside. The event recalls the winter of 1805-06 when the Voyage of Discovery came to Seaside.

Mrs. Cane, the seamstress who accompanied the Lewis and Clark Expedition on its Voyage of Discovery. She made uniform shirts for the men and did laundry.

Reenactors Sid Stoffels, Glen Allison and John Orthmann at Saturday’s Lewis and Clark Salt Makers event in Seaside. The event recalls the winter of 1805-06 when the Voyage of Discovery came to Seaside.

This year’s Lewis and Clark Salt Makers reenactment in the Cove came missing a key ingredient. As members of the Voyage of Discovery in the winter of 1805-06 did, salt makers boiled salt water over a fire and scraped the remaining salt.

But with a fire ban in place, this year’s reenactors camped out without the actual salt making.

That didn’t stop the visitors to the south end of the Prom near Avenue U, said Steve Wright, president of the Seaside Museum and Historical Society.

This year’s event, held Saturday and Sunday, brought about the same attendance as years past, with about 20 to 30 people an hour coming down.

“No fire, but everything else,” Wright said, including the period clothing, shelter and encampment and the salt-making cairn.

At the University of Portland, repeated vandalism led staff to remove a statue of Capt. William Clark and York, Clark’s personal slave and the only Black on the expedition, from public display.

Last year, in Charlottesville, Virginia, a controversy erupted over a statue of Sacagawea, who is portrayed crouching behind Clark and Capt. Meriwether Lewis. The City Council voted to remove the statue from the downtown core.

“Some people say she’s crouched in submission, others say she’s tending to her child,” Orthmann said. “There was controversy about that and calls to remove it. To some it was demeaning to see her in a submissive pose. It’s hard to know the intent of the sculptor.”

Reenactor Glen Allison said there are changing perspectives on the expedition’s legacy.

While history regards Lewis and Clark as visionary pioneers of the West, they also represent “the vanguard of conquest” of the country’s Native American people, reenactor Sid Stoffels said.

Stoffels said the conversation was a healthy one. “Different generations interpret history in different ways. You have to put it in the perspective of the time.”

Because of his skin color, York was received as a hero to Native Americans. “Traditionally, the man who’s the best hunter gets painted black,” Stoffels said. “Here’s a man who’s painted black and it didn’t rub off.”

President Thomas Jefferson, who was serving his second term as president at the time of the expedition, thought American Indians would either die out or be assimilated by whites, Stoffels said. “I guess unfortunately in some ways he was right.”

Seaside’s event was the only one of the year for the Salt Makers, who saw three other events canceled as a result of the coronavirus pandemic.