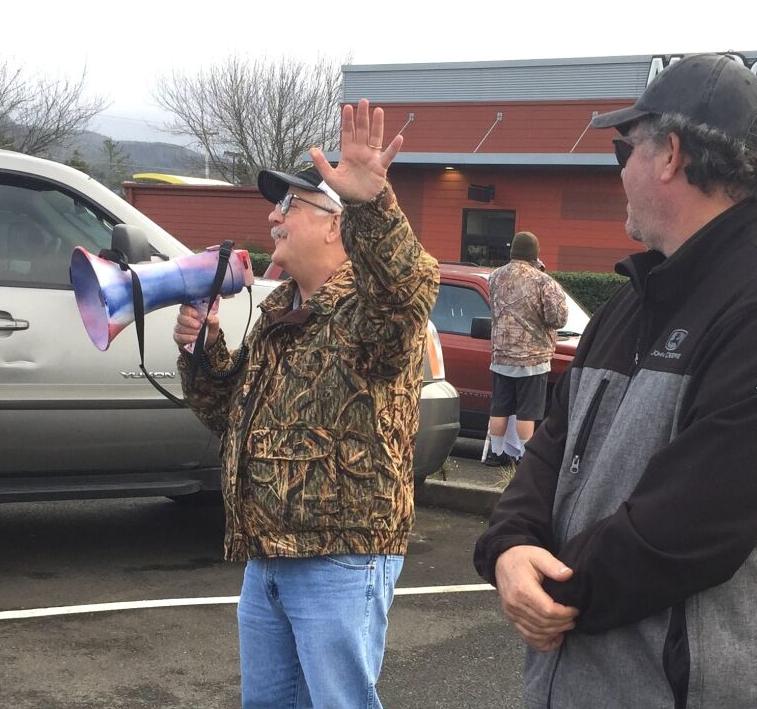 State Rep. Mike Nearman at the “Reopen the Coast” rally. 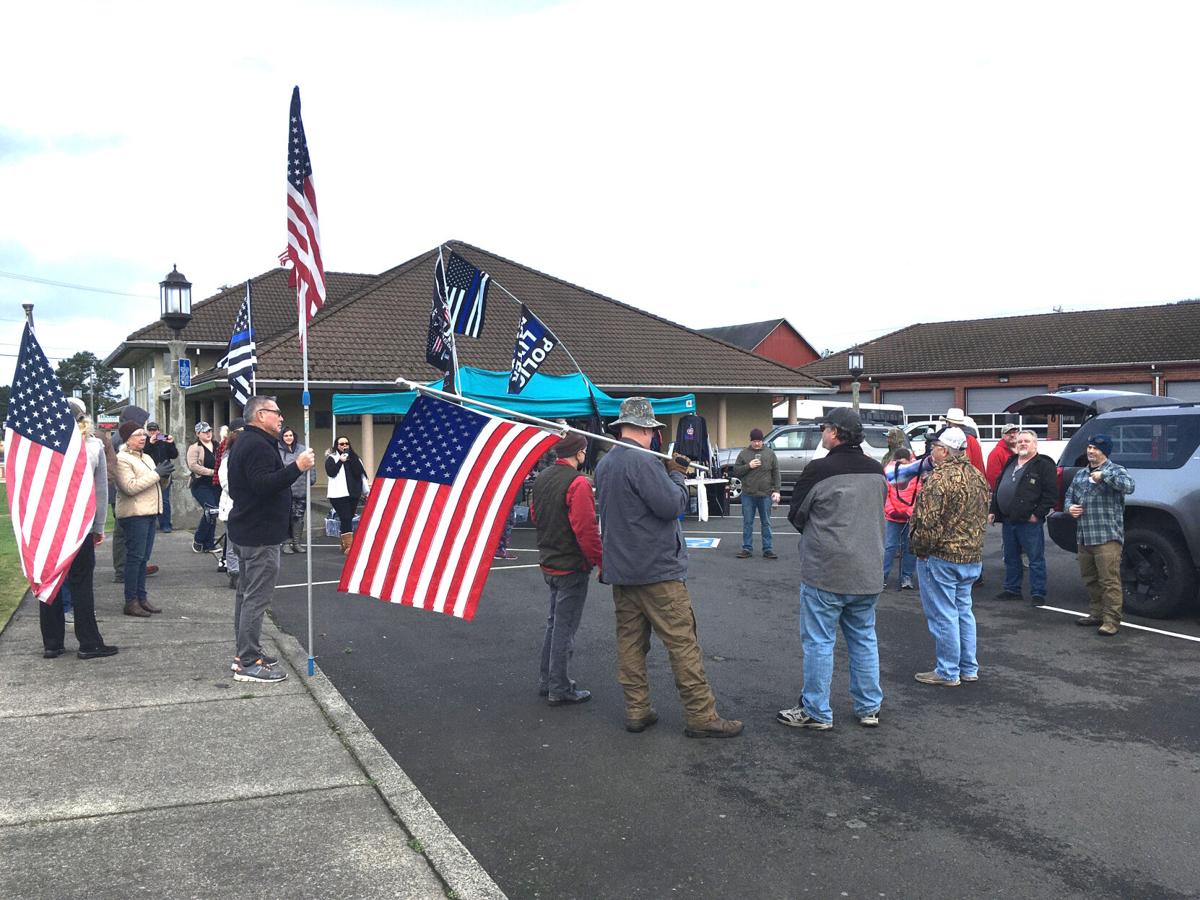 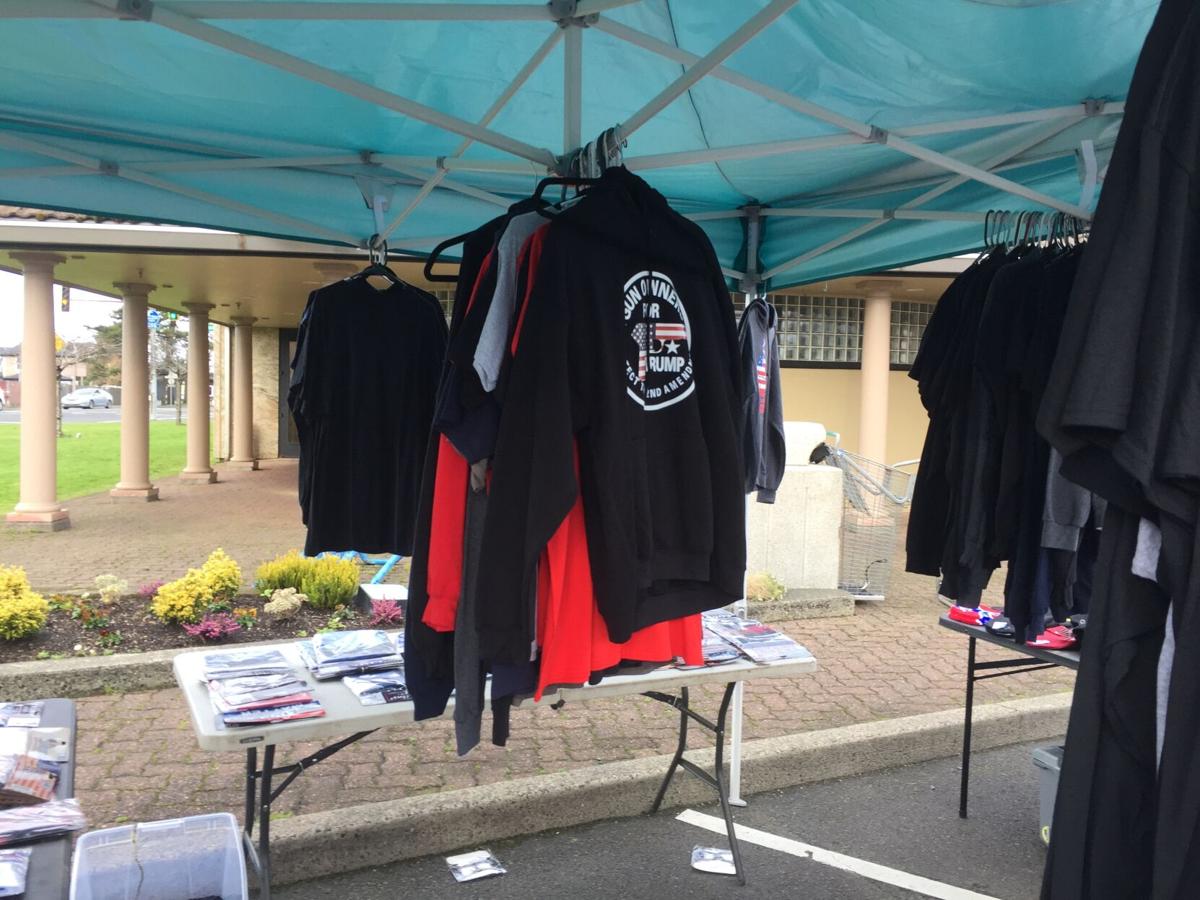 Sweatshirts and other items available for sale at the Reopen the Coast rally.

State Rep. Mike Nearman at the “Reopen the Coast” rally.

Sweatshirts and other items available for sale at the Reopen the Coast rally.

About 50 people gathered in the parking lot of Seaside City Hall on Sunday, drawn by an invitation to “Reopen the Coast” by lifting coronavirus restrictions throughout the state.

“I think people will see the businesses aren’t scared to operate and exercise the freedom of life, liberty and the pursuit of happiness,” said Williams, who ran unsuccessfully for Warrenton City Commission in November. “Masks should be up to the individual.”

The event opened with a prayer and included a moment of remembrance for those killed in the Washington, D.C., insurrection last week.

Some passing drivers honked their horns in support of the rally, while others shouted their dissent from their cars or from across the street.

Under a tent, T-shirts and bumper stickers celebrating the Second Amendment and President Donald Trump were offered for sale.

“I’m really happy to support businesses opening,” Nearman told the crowd. “We need to get the economy going, especially on the coast. COVID is a serious virus, but the cure is worse than the disease. We need to think about that.”

Nearman congratulated the audience on the election of Republican Suzanne Weber, who defeated her Democratic opponent, Debbie Boothe-Schmidt, in state House District 32 in November.

Nearman declined to speak about his role in the events in Salem in December, which are under investigation. Nearman was removed from his state legislative committees and was asked to resign by House Speaker Tina Kotek.