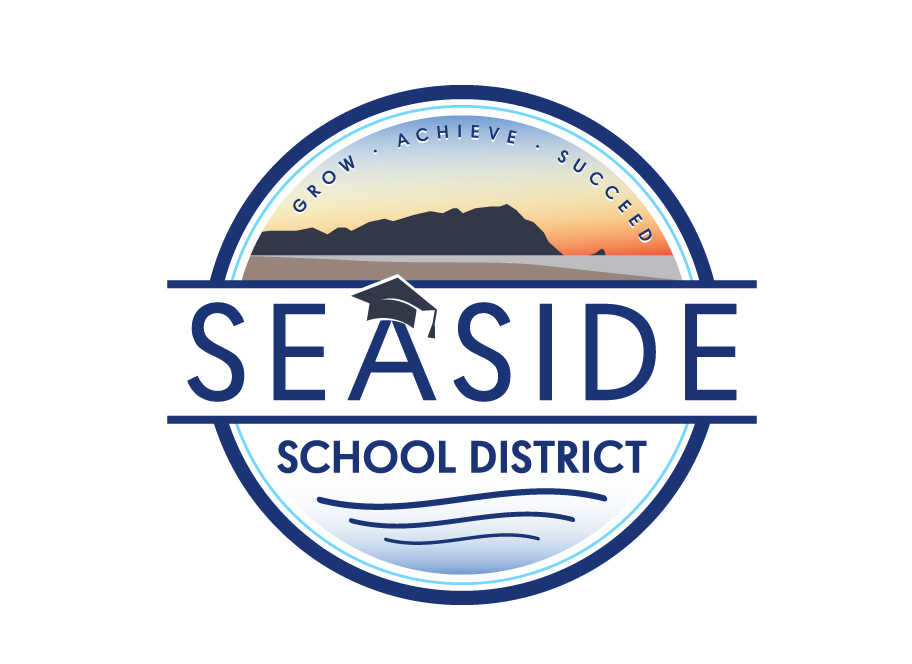 New logo introduced as the district prepares to move to a new campus. 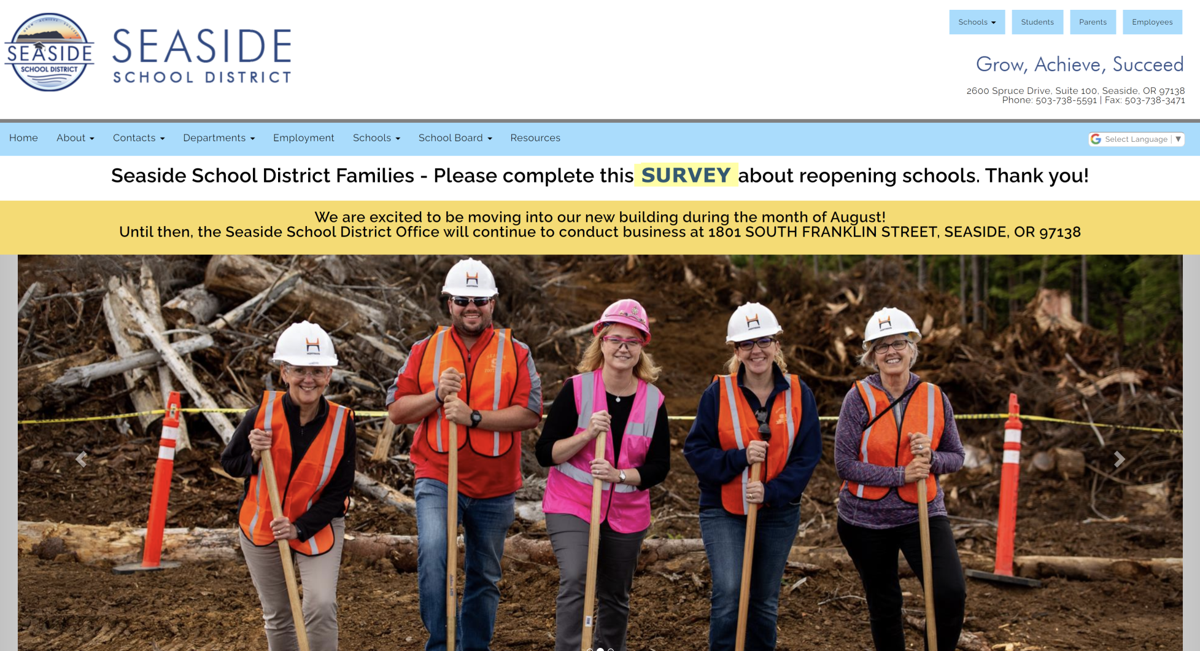 New logo introduced as the district prepares to move to a new campus.

The Seaside School District’s website has a new look and feel to go along with the rollout of a brand-new logo that encapsulates the geographic location and academic spirit of the district.

“It is exciting for the district to have their own logo,” Superintendent Susan Penrod said. “We’ve never had that before. It’s a great way for us to have that visual representation.”

After observing principal Juli Wozniak execute the process for developing a new name, mascot and color scheme for the newly merged Pacific Ridge Elementary School last November, Penrod said district staff was excited to undergo a similar process. It also coincided nicely with the integration of a new website platform for the district and its three schools.

As the district was updating its website to incorporate information pertinent to the transition to the new campus this fall, Penrod said, they had an opportunity to re-evaluate their current service provider, SCHOOLinSITES, alongside other potential providers.

The current platform was being phased out, but SCHOOLinSITES was launching a new platform the was more user-friendly and compatible with Americans with Disabilities Act regulations for technology and electronic platforms, which have garnered increased awareness and become more defined over the past several years.

That was a big reason for SCHOOLinSITES switching all their clients over, executive assistant Leslie Garvin said. “There are things built into the system that make it easy to keep compliant with ADA guidelines.”

Penrod said she, Garvin and technology coordinator Don Mespelt consulted with school principals about the primary visitors to the website, what information they need, and how to best present it.

“As we redesign and put current and new material into the website, we try to make a conscious effort to look at our different users,” Penrod said, ensuring it’s optimized to their various needs and goals.

As the district was building and populating the site, however, the team noticed the district’s main page was lacking in imagery compared to the schools’ individual pages. The transition to the new platform provided the ideal opportunity for introducing a new logo to solve this issue.

To create the logo, Garvin and Penrod signed up for the same tool used by Wozniak for developing Pacific Ridge’s logo, a creative platform called Logo Tournament.

According to Garvin, the district paid a flat fee to develop a logo design contest through the website. From there, quality designers from around the globe could compete against one another to develop the new logo and win the money.

“It’s a great way to have access to a lot of creative people,” Penrod said.

Initially, she added, they asked designers to include recognizable landmarks and features from the geographical area serviced by the Seaside district. They also wanted to incorporate a nod to academics and the district’s motto, “Grow, achieve, succeed.”

The Logo Tournament platform provides a feature that enables organizations to effortlessly conduct any number of surveys regarding the evolving artwork from designers.

The survey can be sent to specified recipients to receive feedback and get their vote for their favorite design.

For this contest, the district collected opinions from various stakeholders, including staff, teachers, community members, parents, students and board members, who ultimately had the final say.

Within just a few weeks of starting the contest, the district landed a new logo that hits all their desired characteristics, including a silhouette of Tillamook Head and the ocean meeting the shore.

“With us serving Seaside, Cannon Beach and Gearhart, we wanted something that didn’t represent one community over another,” Penrod explained.

While blue is the primary color, the logo also incorporates the soft yellow and orange of a setting sun and a small black graduation cap perched jauntily atop of the “A” in “Seaside.”

“It was a fun process,” Penrod said. “You could tell if artists had either looked up and done research on our area, or they could just really get the gist of what the Pacific Northwest is about.”

While blue is the primary color, the logo also incorporates the soft yellow and orange of a setting sun and a small black graduation cap perched jauntily atop of the ‘A’ in “Seaside.’