The U.S. Navy ship Mercy off the Oregon Coast. 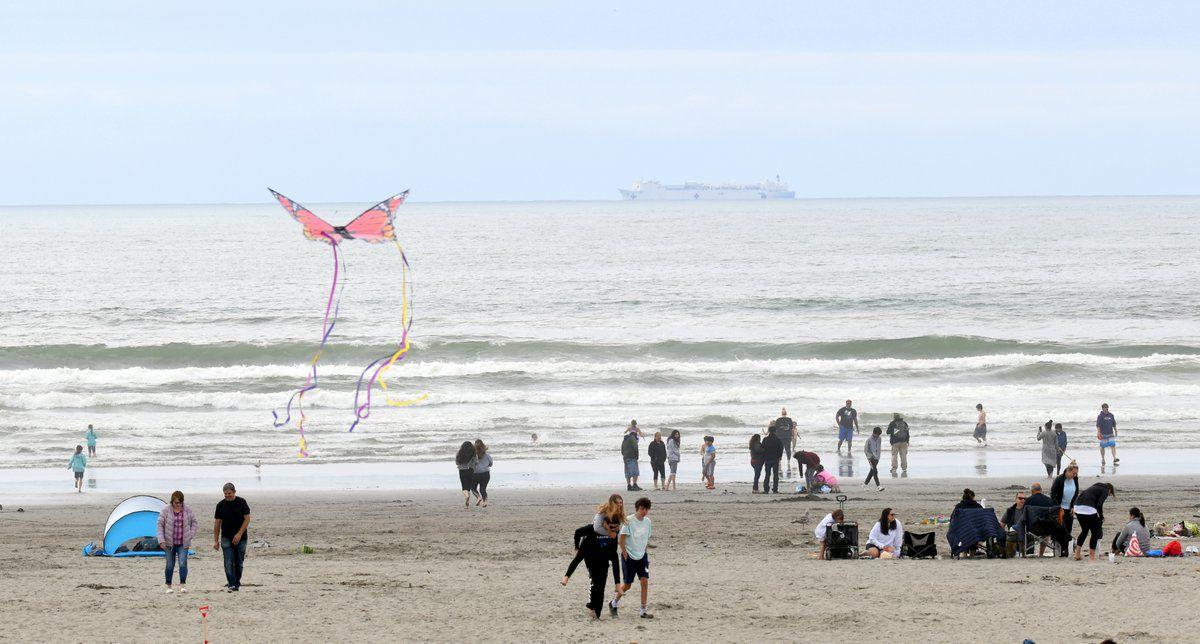 The ship off the coast in Seaside.

The U.S. Navy ship Mercy off the Oregon Coast.

The ship off the coast in Seaside.

The U.S. Navy ship Mercy could be seen from Seaside and along the North Coast over the Fourth of July weekend. The hospital ship is headed to Portland for scheduled maintenance, which could take several months, according to Sarah E. Burford, Military Sealift Command Pacific public affairs officer.

This is the same ship that went to Los Angeles in March in support of the nation’s COVID-19 response efforts to serve as a referral hospital for non-COVID-19 patients in shore-based hospitals.

Los Angeles area hospitals ultimately only sent 77 patients to the ship over six weeks, according to the U.S. Naval Institute. The Mercy performed 36 successful general, orthopedic and plastic surgeries, as well as interventional radiology, exploratory laparotomy and skin grafting procedures.

All the patients, which were all non-COVID, were released prior to the ship departing Los Angeles and returning to San Diego in May, 10 days after dispatching its last patient.

Currently the only people onboard are a skeleton crew of Merchant Mariners who work for Military Sealift Command who are sailing the ship to the yards, Burford said. When the ship is not performing a mission, it only has a small medical detachment onboard. That detachment left the ship before it set sail for Portland.