Responders at the scene of a shark bite Sunday afternoon. 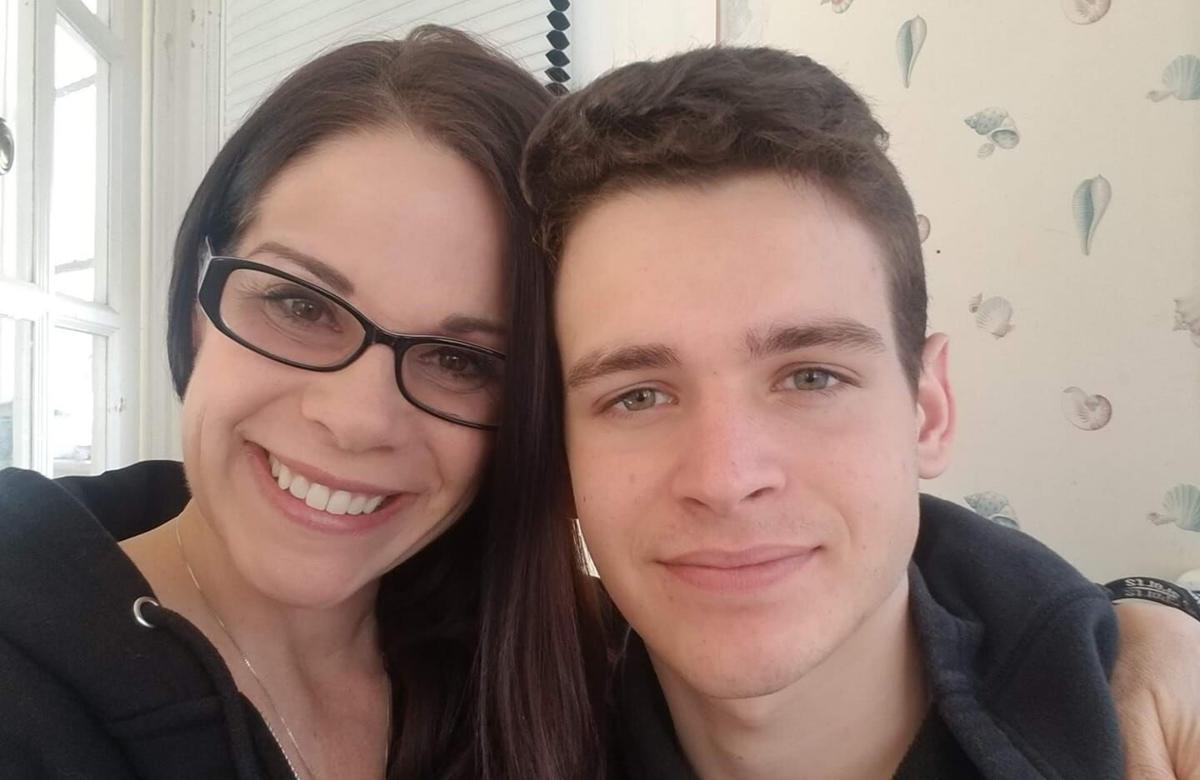 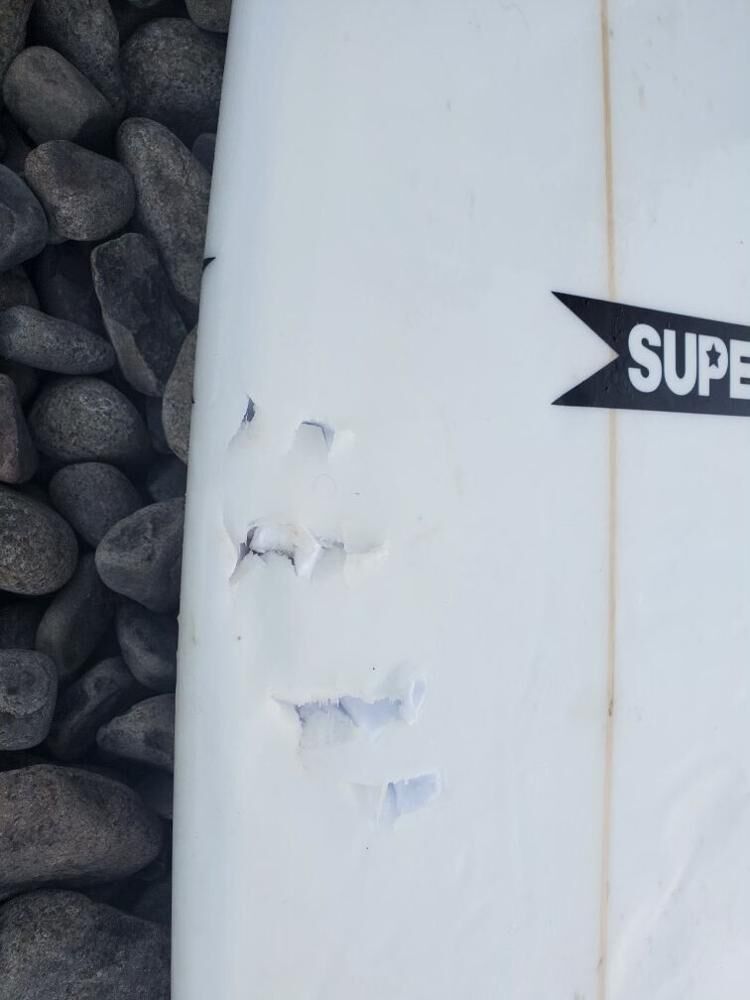 Shark bite marks are visible on a surfboard. 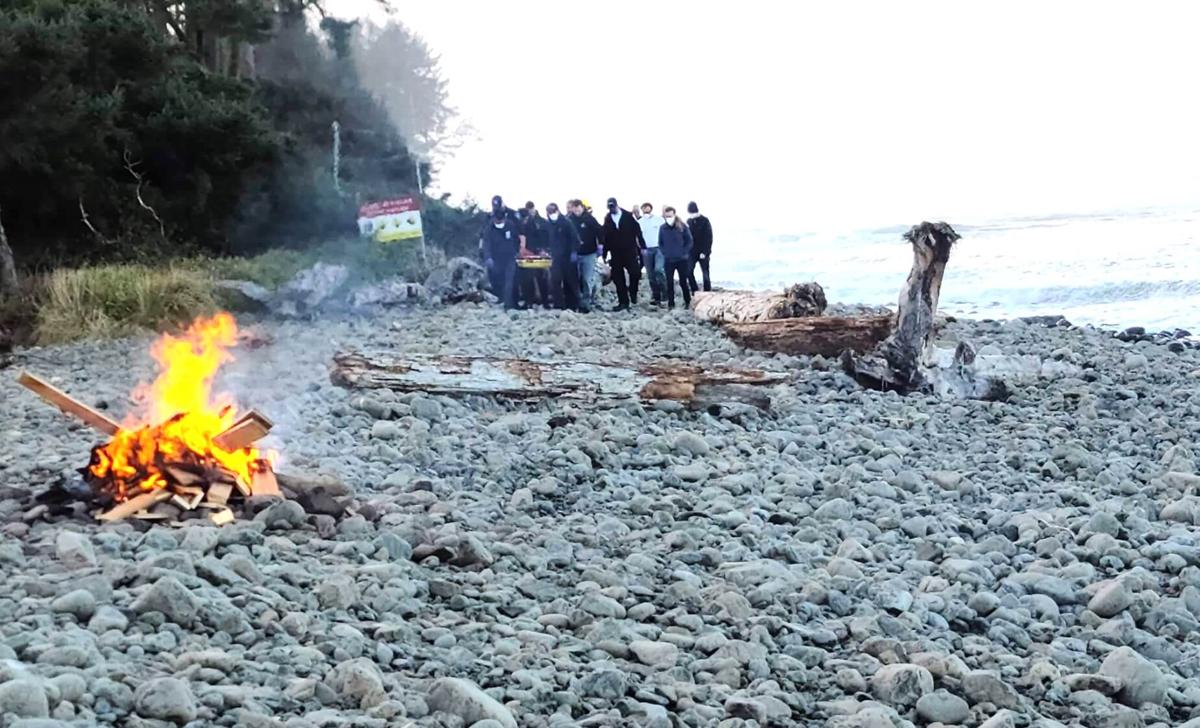 Cole Herrington transported from the Point after being bitten by a shark.

Cole Herrington recuperates after suffering a shark bite while surfing.

Responders at the scene of a shark bite Sunday afternoon.

Shark bite marks are visible on a surfboard.

Cole Herrington transported from the Point after being bitten by a shark.

Cole Herrington recuperates after suffering a shark bite while surfing.

Cole Herrington suffered wounds to his foot, ankle and leg after he was attacked by a shark on Sunday near the Cove in Seaside.

“He got hit by a shark,” eyewitness Casey Weyer said. “The shark came up from the bottom and came out from the water, and then came back down and pushed him underwater with him in his mouth.”

Weyer and bystanders, including an off-duty Seaside lifeguard, helped pull Herrington to safety and applied a field tourniquet to the injured leg to slow the bleeding.

“I didn’t know if we didn’t put the tourniquet on him, he would have died,” Weyer said.

Seaside Fire & Rescue arrived about 3:30 p.m., where they found Herrington being carried over beach rock to the parking lot by fellow surfers.

Another tourniquet was applied at the scene, Fire Chief Joey Daniels said. “That’s not uncommon, to have two tourniquets put on,” he said. “You never want to take one off.”

Medix took Herrington, of Seaside, to Columbia Memorial Hospital in Astoria before his transfer to a Portland trauma center.

The surfers did a “great job” helping each other, Daniels added. “The lesson learned is that if you’re going to recreate, make sure you’re not by yourself so if someone does get injured, you have somebody to call for help,” he said.

The shark was likely a white shark, Tiffany Boothe, of Seaside Aquarium, added.

White sharks can be seen year-round but not in large numbers.

This year has been very quiet on the marine mammal front, she said, and there had not been reports of a shark in the area.

“Usually when there is an active shark close to shore we will receive reports of marine mammals, such as harbor seals or sea lions which have been bitten by a shark,” Boothe said. “When this happens we will alert the public to let them know that there is a shark in the area.”

Herrington’s mother, Amy Smith Powell, shared her son’s story on a Facebook fundraiser page, asking assistance from the community to help pay for her trip from her home in Alabama to Oregon, and to help meet his health care costs.

“My son was attacked yesterday afternoon by a shark while surfing,” she wrote. “He was taken to a trauma center two hours from home where he underwent his first surgery last night.”

He will be undergoing surgeries to repair his foot, ankle and leg, she wrote. A second surgery was scheduled Tuesday.

“More surgeries are in the future as the surgeons work to regain full function of Cole’s foot and leg.”

Powell, who just finished nursing school, flew to Oregon from her home in Alabama to accompany him at the hospital.