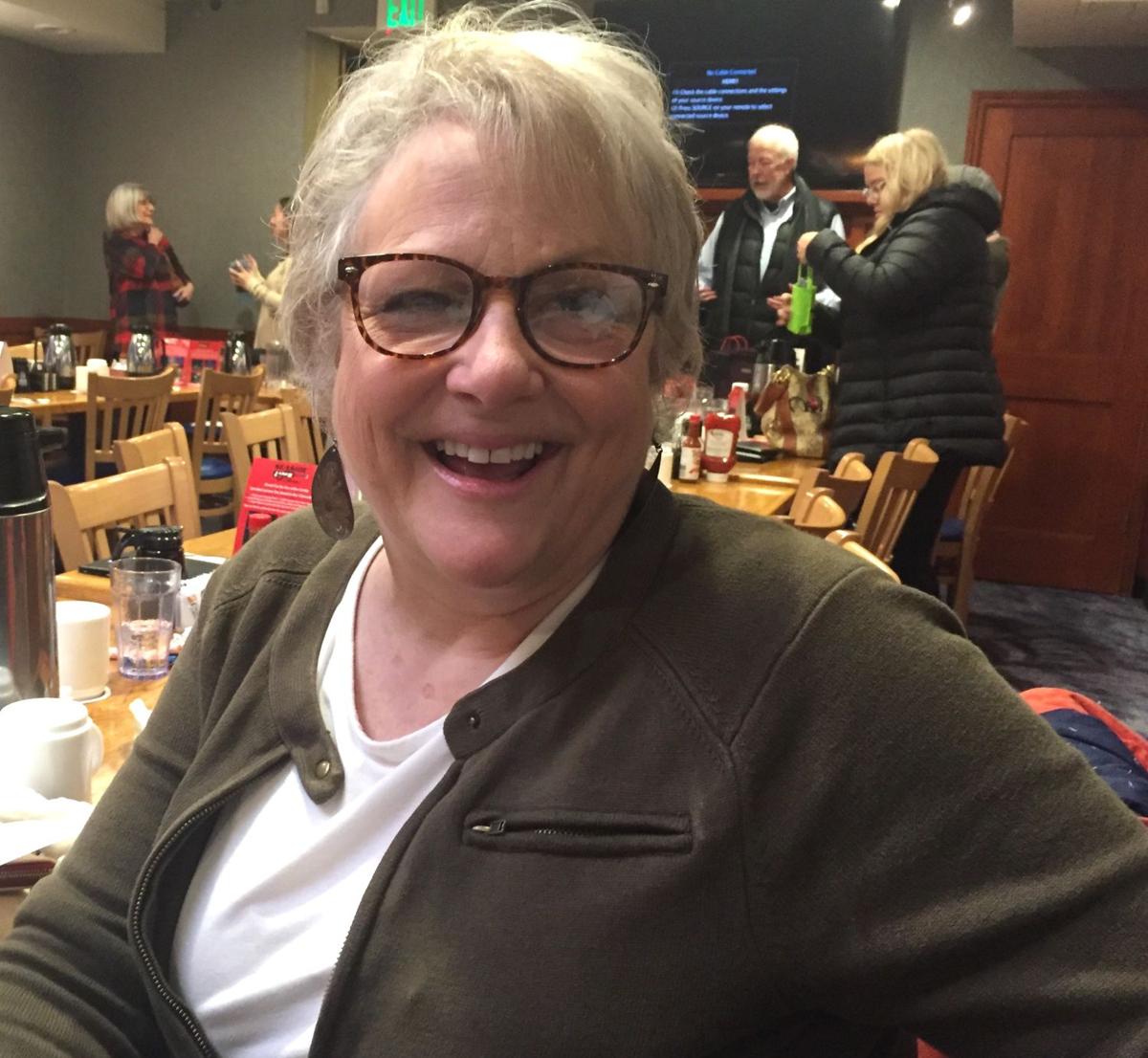 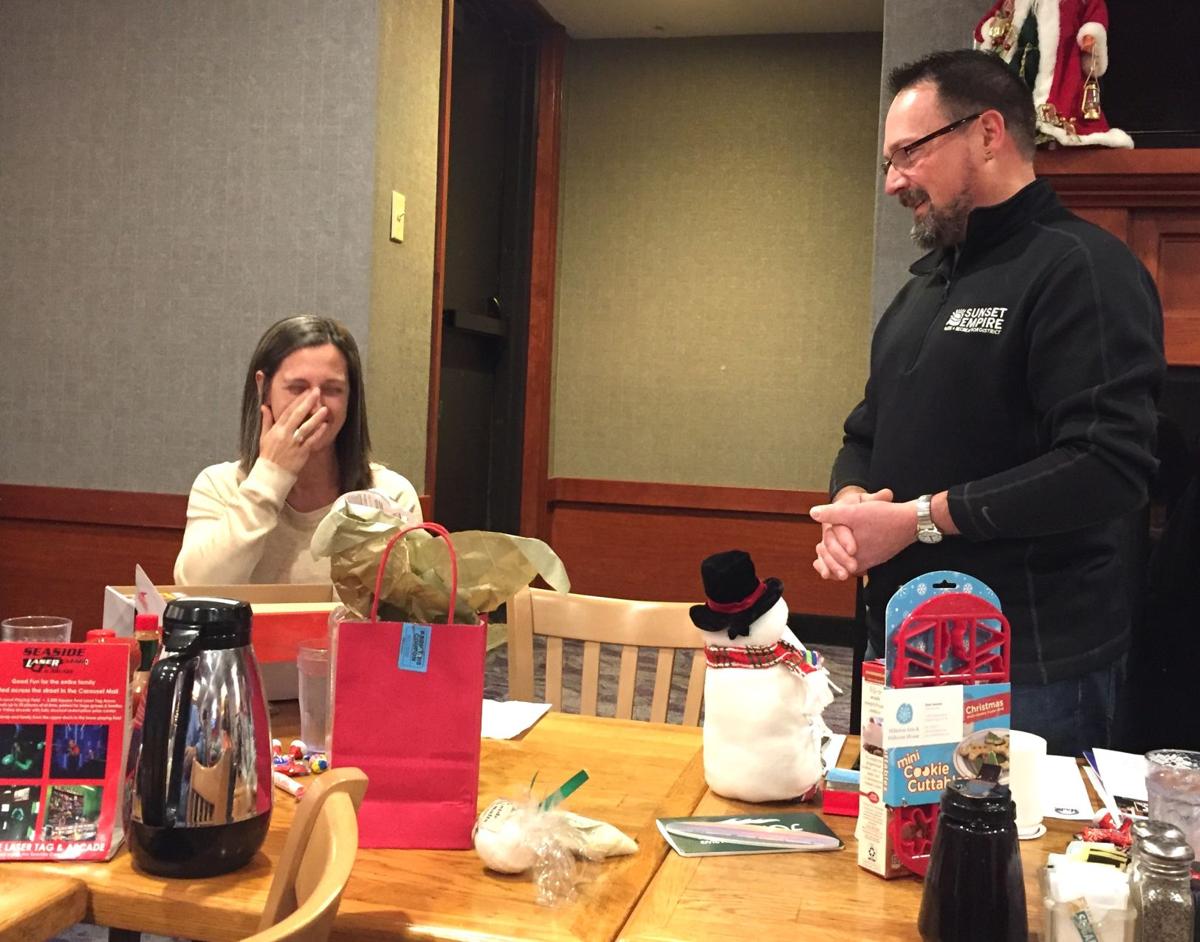 Celeste Kenneally wipes away a tear after she is congratulated by Darren Gooch for her service with the Seaside Downtown Development Association. Kenneally heads to a new role at the convention center.

For Laurie Mespelt, the role of executive director will be a familiar one. Mespelt left in February 2015, and her return was announced at the Thursday, Dec. 5, breakfast meeting of the group at the Pig ‘N Pancake. She starts Dec. 9.

“We are pleased to welcome back to our team Laurie Mespelt,” the association’s board chairman Darren Gooch said. “We are very, very fortunate that things worked out and we will be reinstating Laurie Mespelt as executive director of SDDA.”

The association was founded in 1993 by a group of downtown businessmen and women who joined together to improve and promote downtown Seaside.

In recent years, the group has met consistently week-in, week-out at the Pig ‘N Pancake on Broadway.

The gathering provides a welcome and introductions to newcomers and a gathering place for longtime business owners alike.

Mespelt’s mother Dolna Mespelt served the association’s first director, a job she held until her death in 2003.

After her departure in 2015, the post was filled by Tita Montero and later Sarah Ter Har. The position was dissolved in May 2018.

Since May 2018, administrative assistant Celeste Kenneally has worked with board members to manage events like Halloween Happenin’s, Wine Walks, Flower Basket Program, and both the Wheels and Waves and Muscle and Chrome car shows.

Kenneally shared a tearful goodbye at Thursday’s meeting, as she announced her move to a position at the Seaside Civic and Convention Center.

Board president Darren Gooch thanked Kenneally for her service. “It’s been absolutely amazing working with you,” he said. “I’m going to miss you, but thank goodness you’re going to be close by.”

Kenneally thanked the board and audience in an emotional moment. “I just wanted to say thank you to all of you guys,” she said. “Not being from Seaside, you have welcomed me and taught me so many things. You guys have made it so easy for me to feel like I belonged. Thank you for everything.”

Additional board changes include the resignation of the Hillcrest Inn’s Ruth Swenson, to be replaced by Samantha Urbach of the Bridge Tender.

“Ruth, you’ve been an amazing board member and a light in this room,” Gooch said.

Board members will include Urbach, Dawn Fujiwara-Pavlik of BAMM! Promtional Products; Cecilia (CeCe) Wakefield of Line-X; and Kerri Lambert of the Times Theatre.