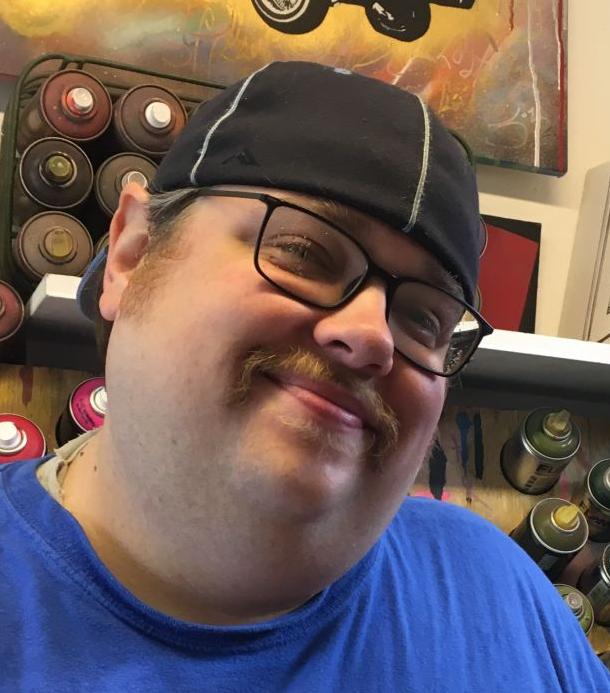 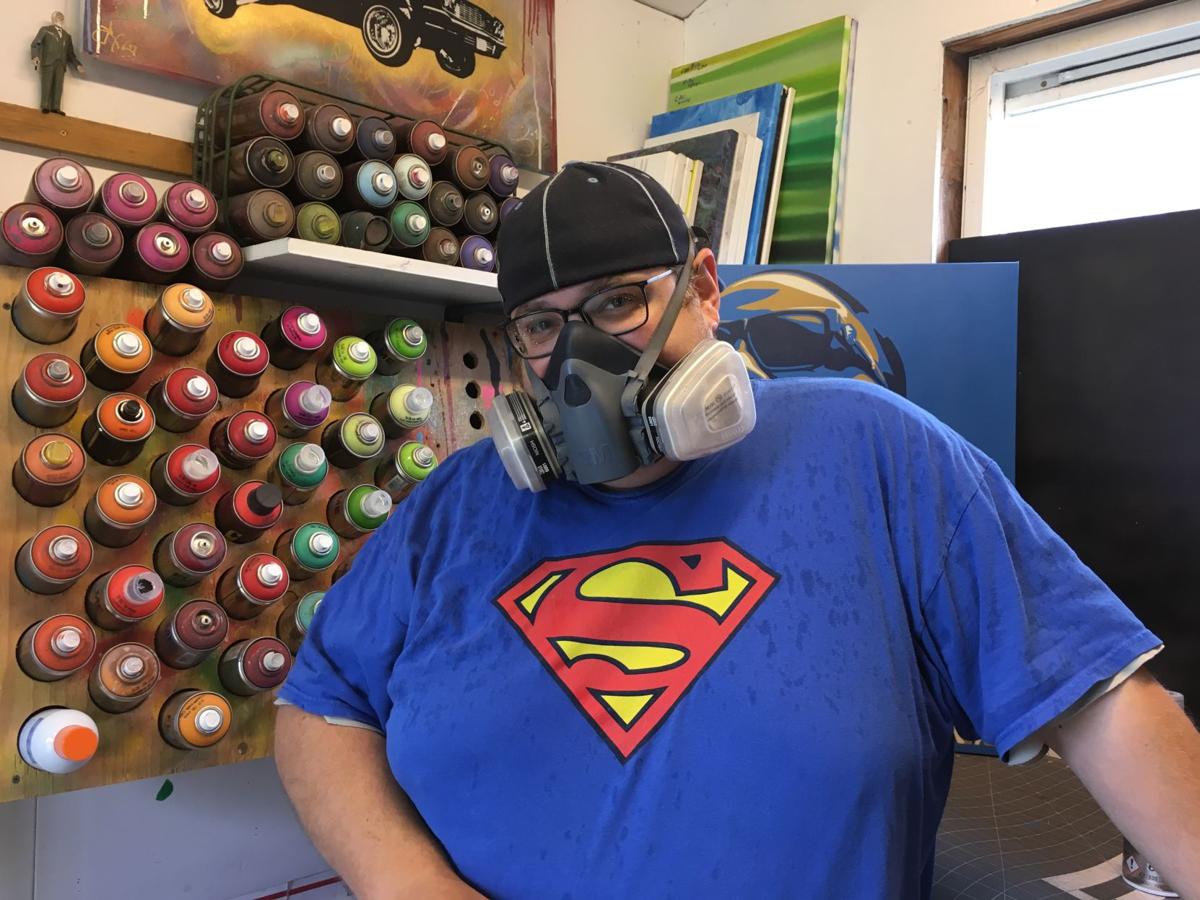 Josh Fry ready for spraypaint work in his Seaside studio. 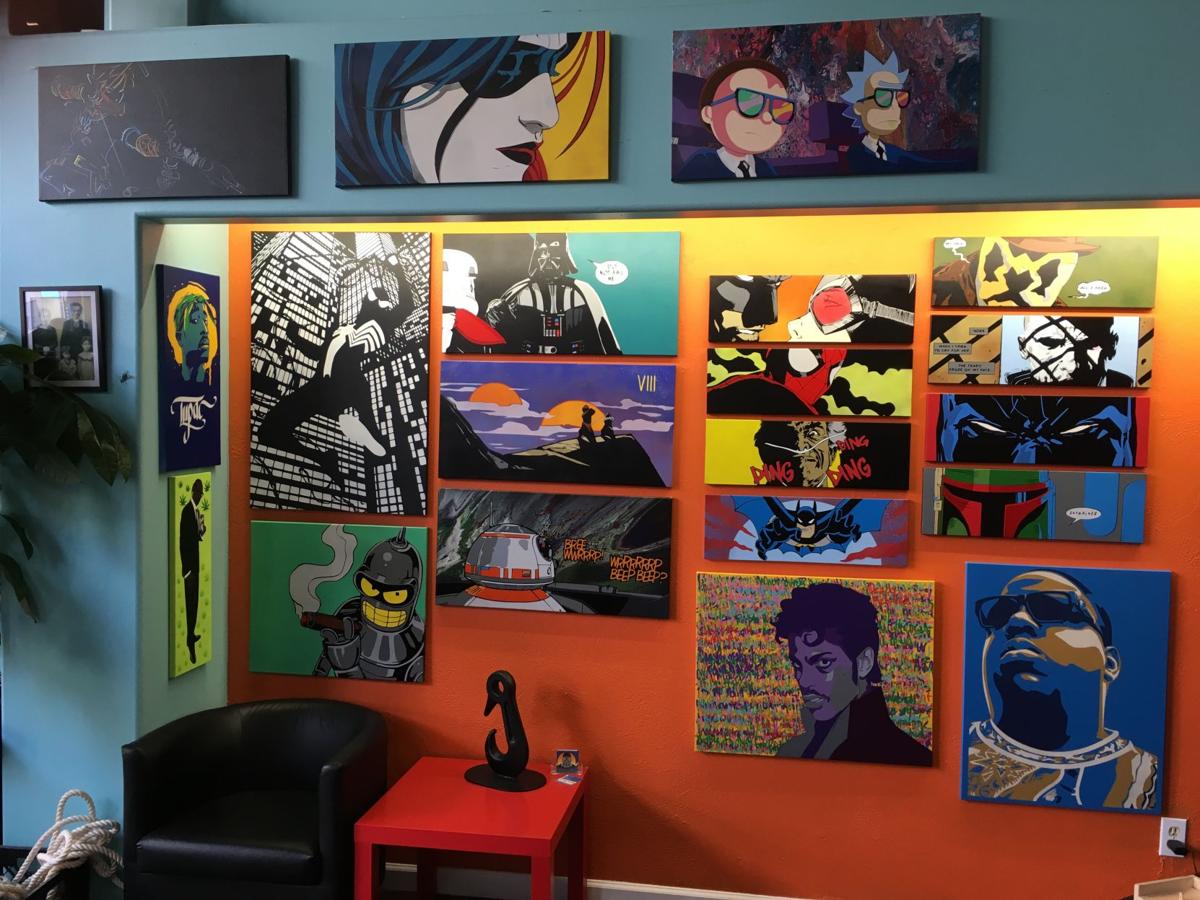 A wall of paintings by Josh Fry. 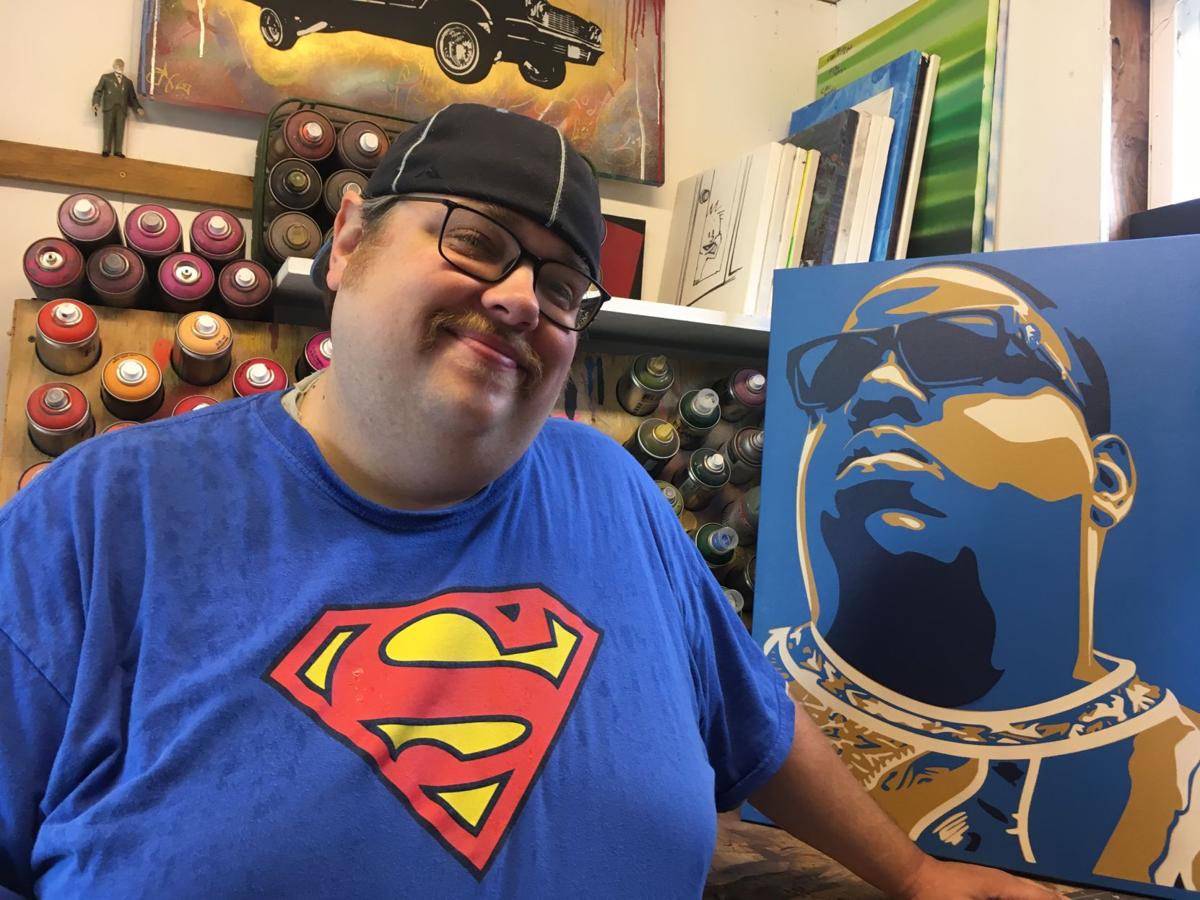 Artist Josh Fry with his work, "Biggie Smalls in Blue." 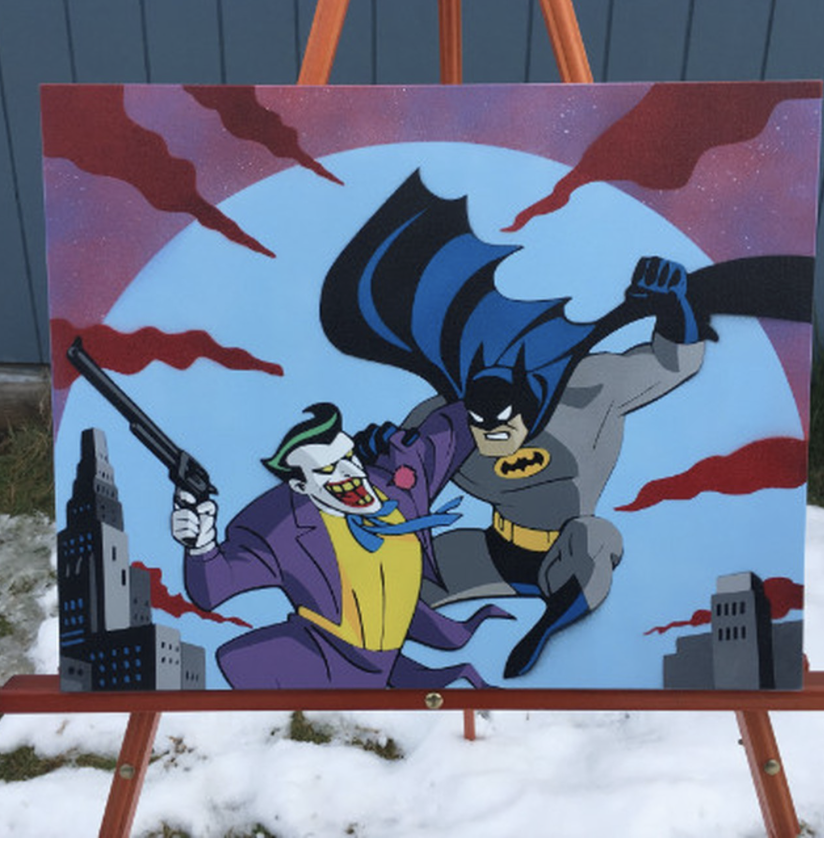 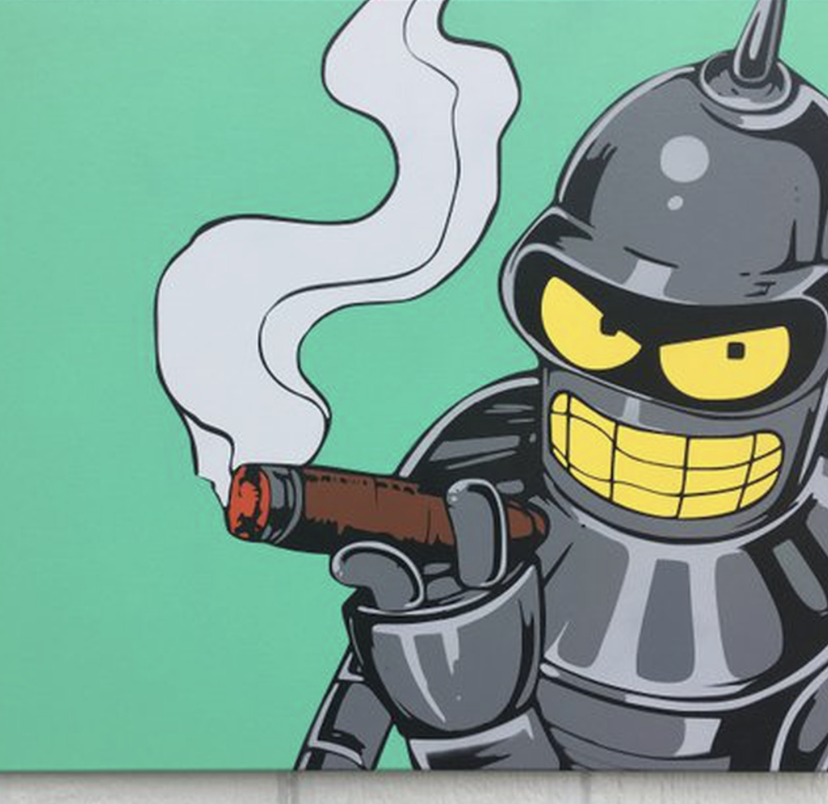 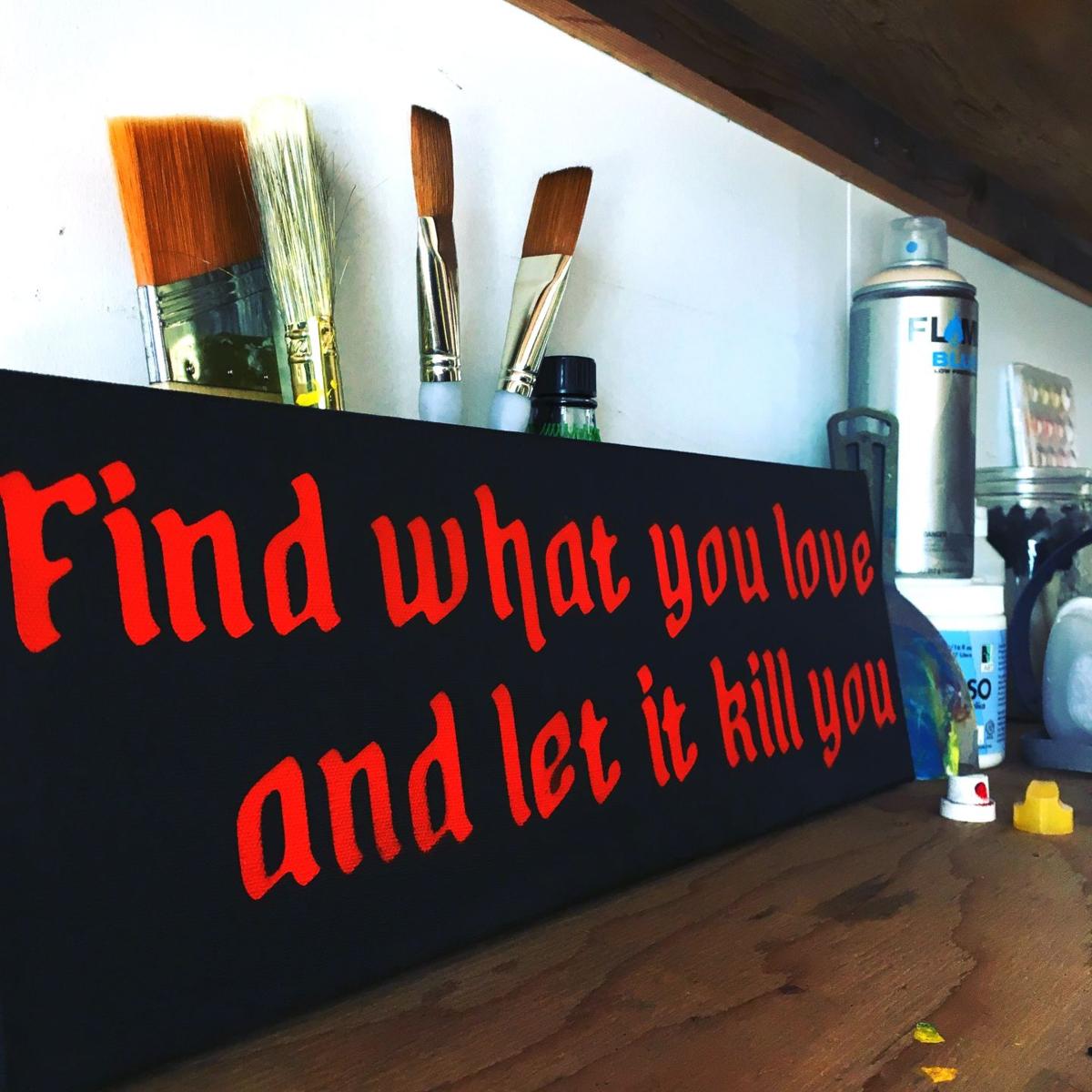 Art materials of Josh Fry in his Seaside studio.

Artist Josh Fry with his work, "Biggie Smalls in Blue."

Art materials of Josh Fry in his Seaside studio.

Josh Fry describes himself as “a nerd at heart” which is how he transitioned from his 20-year career as a chef to becoming a professional mixed media artist working in stencil and spray paint.

Fry is a Seaside native who graduated from Seaside High School in 1998. He married his high school sweetheart Kate; they have a 10-year-old son, Olly. In 2000 the couple moved to Portland and Fry worked as a cook.

In 2013 the couple returned to Seaside, deciding that it was a better place to raise a child.

One day 10 years ago Fry was meeting his brother Gil at a Portland coffee shop.

“There was a good deal of artwork on the walls,” he said. “As I sipped my house drip and waited for Gil’s complicated drink, I wandered around looking at the art, being especially drawn to a set of Star Wars-inspired stencil art.”

He asked his brother, how people can make this sort of thing “just out of their brain and onto a wall like this.”

To which his brother replied, “This sucks. You could do way better.”

Fry went out and bought $25 worth of Krylon spraypaint, some cutting blades and painted by moonlight on his son’s easel. “The moment I sprayed my first layer on top of another and saw the effect, I knew I wanted to be really good at this.”

Josh Fry ready for spraypaint work in his Seaside studio.

His brother helped him build a spraypaint table, a contraption that pulls air through pegboard and shoots it outside, after he found Fry high to the point of drooling on paint fumes. “He had a serious talk with me about carcinogens and safety. If I was going to do this seriously I needed to do it correctly.”

Four years ago he took the leap to quit his chef job to become a full-time artist.

“So far I haven’t had to go back,” he said. “It’s an amazing life that I never could have dreamed about those years ago in that coffee house. I have a sincere hope that someone sees one of my Boba Fett paintings one day and says, ‘That sucks, you could do way better.”

A wall of paintings by Josh Fry.

Fry’s work is on permanent display at Hold Fast Tattoo on Broadway. “They took a chance on me and asked me to hang my artwork when I had no business being in a gallery,” he said. “They say all the time how cool it has been to watch me develop as an artist and that means a lot coming from such talented artists as Jen, Brandy, and Jeremiah.”

Besides exhibiting his work at Hold Fast, Fry isn’t hung up on showing his work in galleries. His work has been shown at the Astoria Art Walk and the Bridge & Tunnel Bottle Shop & Tap Room on Duane Street in Astoria as well as at the Westport Winery during Seaside Art Walk. He maintains a Facebook page, Subtle Shades, and a page on Instagram. Another way to view his work is online at SubtleShades.net.

As a contemporary artist whose work is inspired by comic books and graphic novels, he said it’s a consequence of the social media age that it is just as easy for him to get his artwork in front of eyes that way as it is to show in a gallery.

“I’ve had some of my best artwork in prominent windows on Broadway and Holladay in Seaside for many years now,” he said. “It’s been seen by millions of people. I sell maybe one piece every year that way. On the other hand, I really do appreciate getting my artwork in front of eyes.”

In the right circumstances, exposure can be just as valuable as a sale, he said. “That’s why I’m more likely to set up exhibits or a temporary show. It’s not always about selling my artwork; it’s more about selling myself to my community. People usually come back to me for multiple projects after we first meet.”

His website SubtleShades.net includes not only a spectacular online gallery of his images, but links to his YouTube videos and tutorials on how he makes his art. Fry also blogs on how to make stencils; how to create an online store; and how to use SquareUp. In addition to his stencil art, he also does freelance design and graphic work.

His work is also very affordable with many paintings selling for under $200.

“I love living and working on the Oregon Coast,” Fry said. “You can find me rattling spraypaint cans or throwing paint on to canvas at my studio. I welcome commission work and special projects. Thanks for looking.”