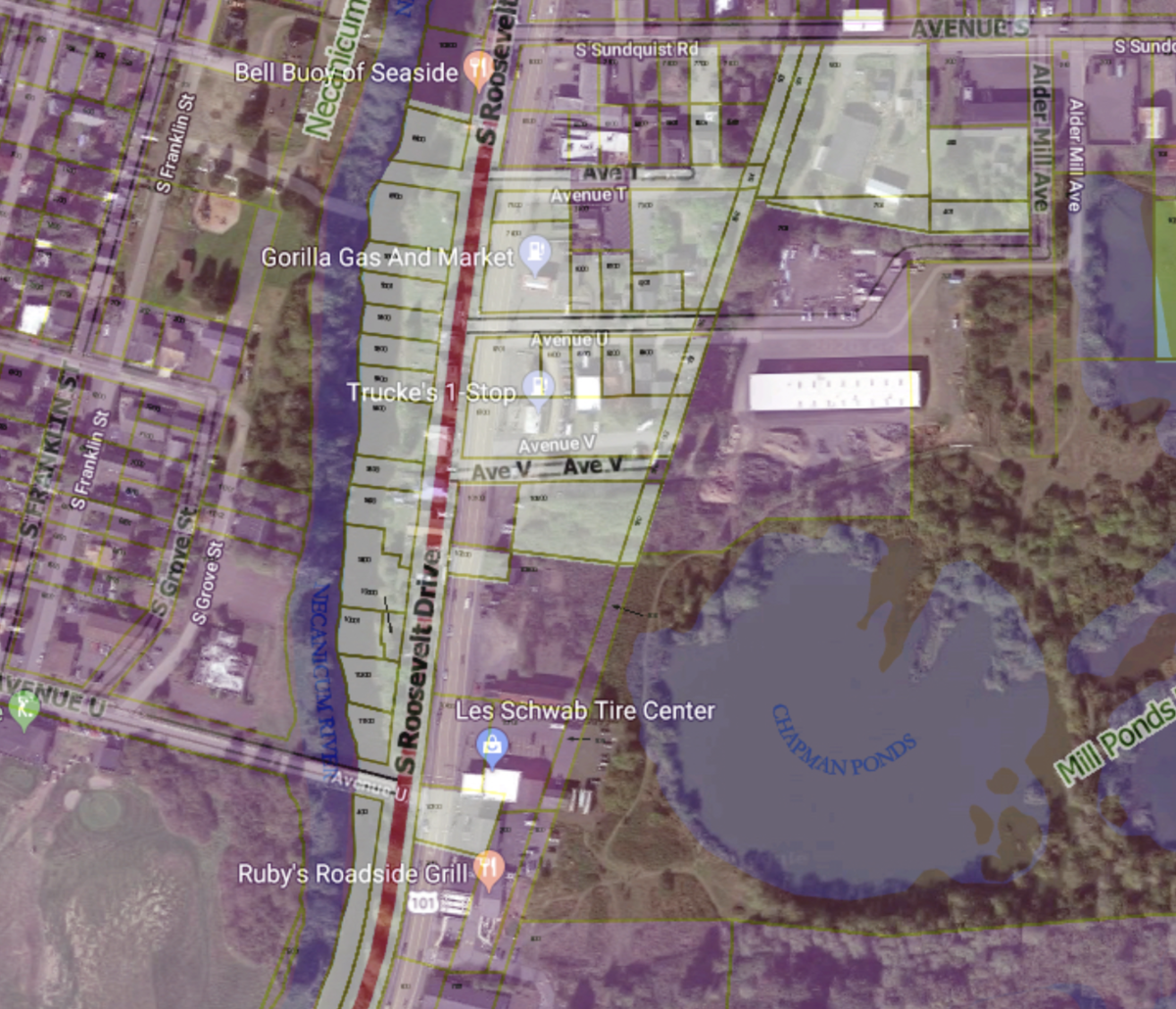 Area of annexation in south Seaside. 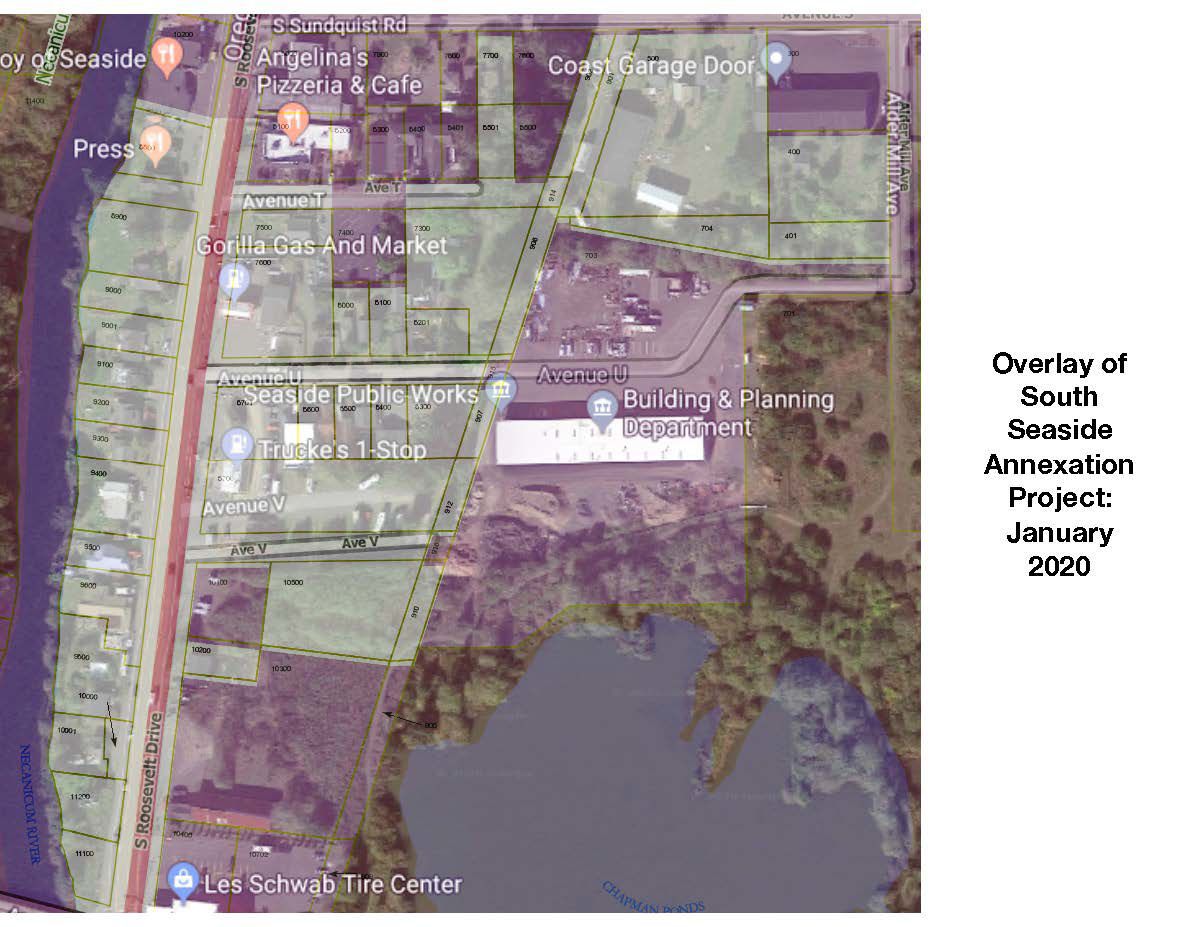 Forty-five properties along U.S. Highway 101 will be annexed into the city. 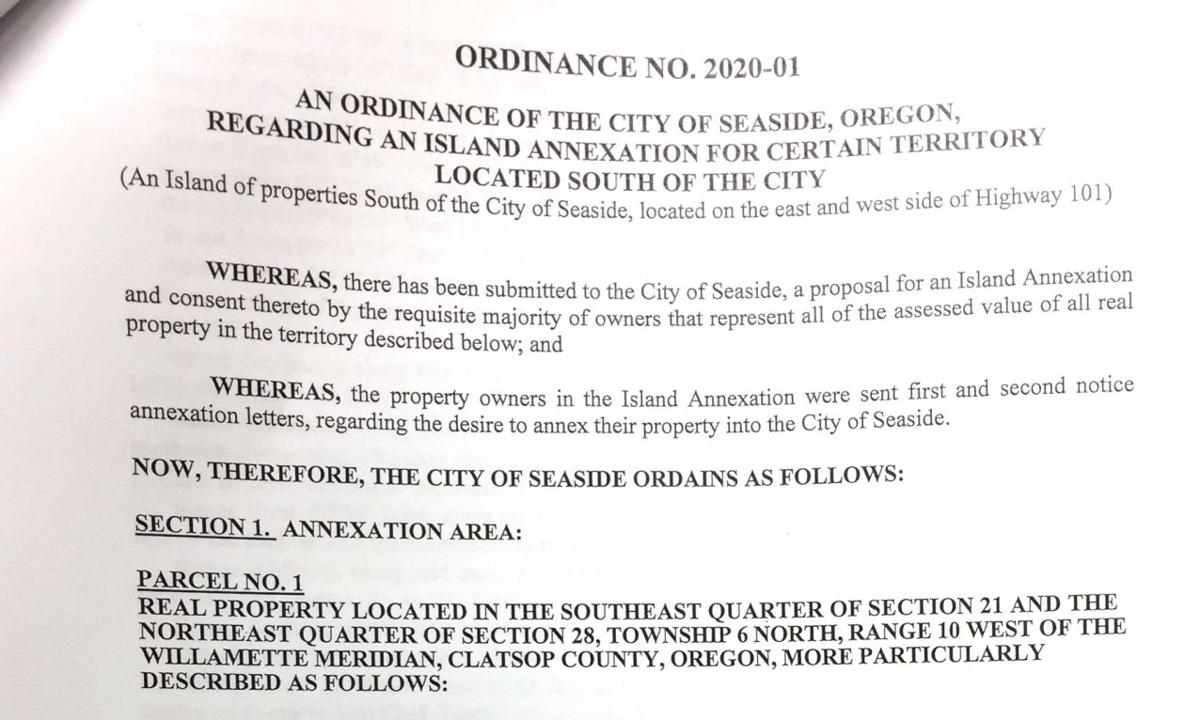 An ordinance bringing in 45 properties into south Seaside won unanimous approval from the City Council.

Area of annexation in south Seaside.

Forty-five properties along U.S. Highway 101 will be annexed into the city.

An ordinance bringing in 45 properties into south Seaside won unanimous approval from the City Council.

Meet your new neighbors. Residents of 45 properties on the south end of town are now official residents of the city of Seaside.

The third and final reading of an ordinance annexing their property on east and west sides of U.S. Highway was unanimously adopted by City Council on Feb. 10. The annexation plan covers 45 properties on Avenue U to Avenue S, about two-thirds of those on the east side of U.S. Highway 101.

“We all have to work together to get these things done and this is a big step forward,” Mayor Jay Barber said. “The annexation of south Seaside is something we’ve all been passionate about because that is the welcoming corridor into our community.”

A separate ordinance exemption allowing the existing Trucke’s RV Park to operate as it has before annexation also received a unanimous adoption.

Driving the adoption of the annexation ordinance was the city’s longtime goal to eliminate “checkerboard zoning,” where neighboring parcels are served by different governments.

Residents now under county jurisdiction would see an increase of about $1.80 per thousand of their home’s assessed value.

Police service for non-emergencies would shift from the county sheriff’s office to the Seaside Police Department.

Sewer, water and other infrastructure projects will be considered in coming months, Winstanley said.

Any improvements or changes in the annexed area, however “are things that everyone who is annexed will have to pay attention to,” City Manager Mark Winstanley said.

The most immediate change, City Councilor Tita Montero said, will be a decrease in water rates for annexed properties, as they go from out-of-town customers to in-town customers.

“We’re going to see improvements in that area as we come forward,” Barber added. “It’s going to take time but we’ll get there. Change is difficult and it’s hard work, but it pays off.”