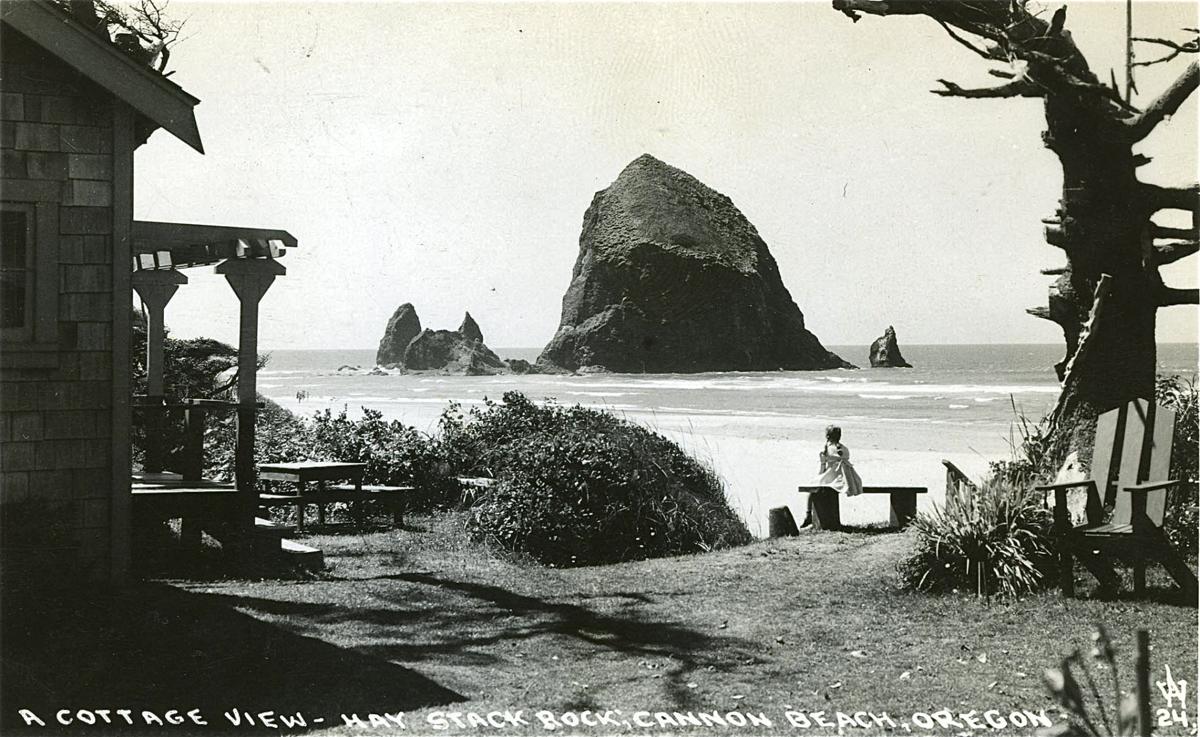 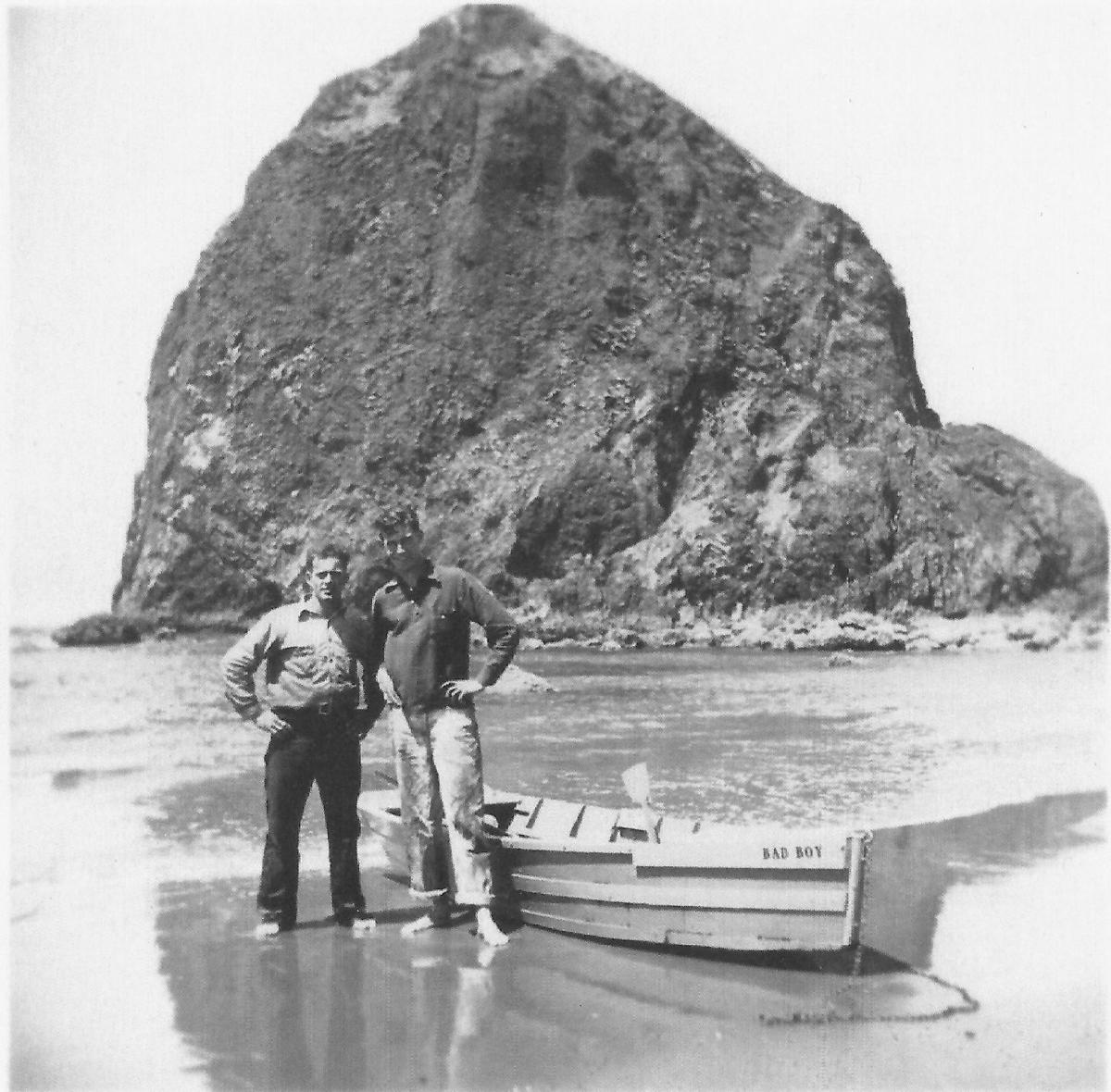 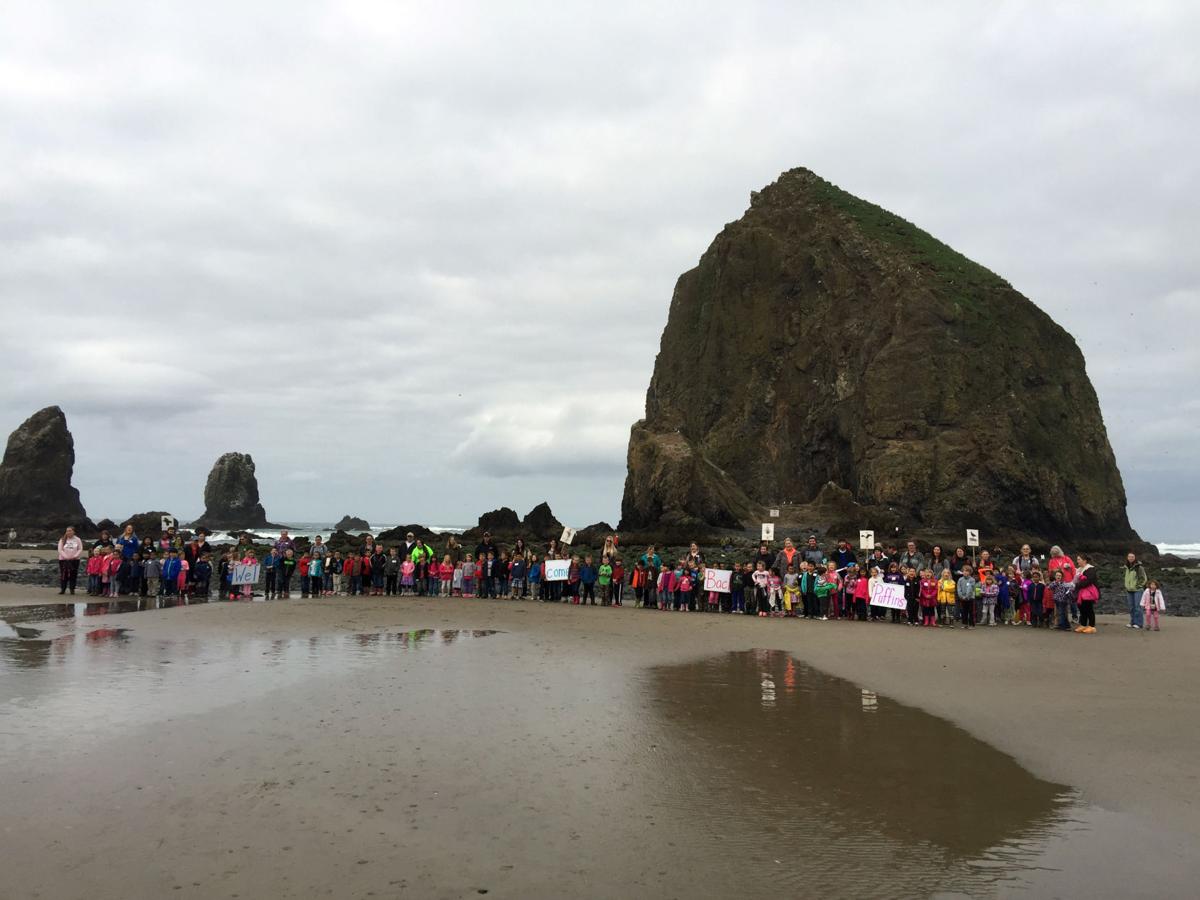 The Rock is a popular destination for kids of all ages. 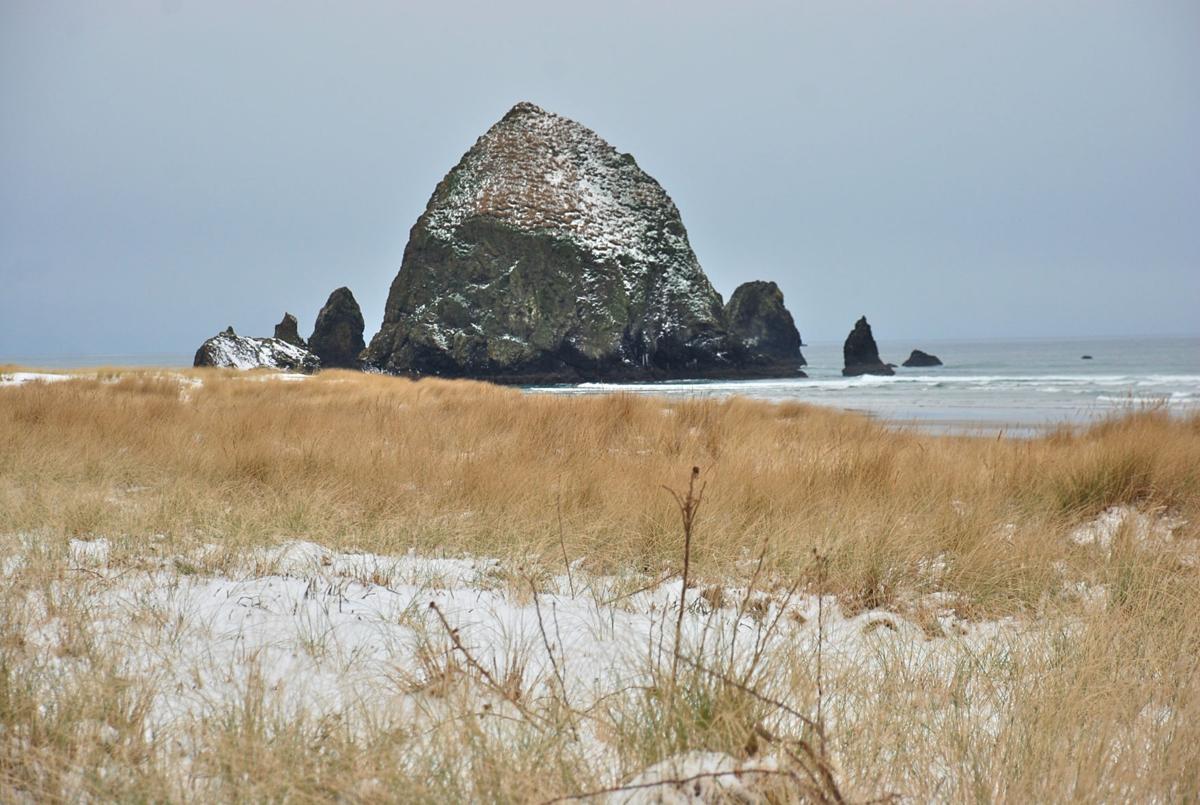 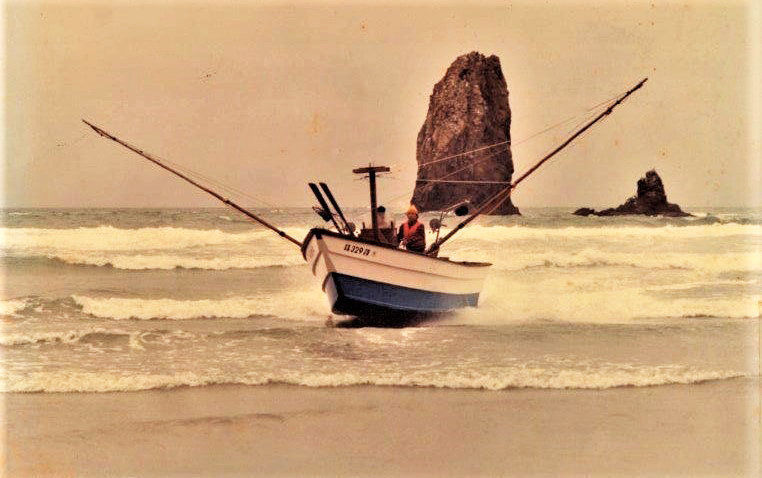 Peter Lindsey in his dory, the Schmedlow, in front of the Needles at Haystack Rock. He’s with Roscoe Divine, a famous mile runner from the golden days of track and field at the University of Oregon.

The Rock is a popular destination for kids of all ages.

Peter Lindsey in his dory, the Schmedlow, in front of the Needles at Haystack Rock. He’s with Roscoe Divine, a famous mile runner from the golden days of track and field at the University of Oregon.

Although Haystack Rock in Cannon Beach is a unique and state-protected marine environment, Elaine Trucke focused more on the legends, myths and memories surrounding the iconic landmark during her presentation at History and Hops on Jan. 30.

“When you think of Oregon, you probably think of rain, trees, maybe Mount Hood, but you’re probably going to think about Haystack Rock,” said Trucke, the executive director at the Cannon Beach History Center and Museum.

As integrated as Haystack Rock is into the local geology, history, and culture, there are about 30 sea stacks comprised of volcanic basalt rock in the United States that are known, formally or informally, as Haystack Rock. According to Trucke, they date back millions of years to the same volcanic activity.

During her research, Trucke found references throughout the 1940s to 1960s to Cannon Beach’s Haystack Rock being the third largest, freestanding rock monolith in the world, though she couldn’t determine what quantifiable factors were used to substantiate that claim.

Articles and stories from the 20th century illuminate a common challenge in the effort to preserve Haystack Rock and the wildlife that depends on it: People trying to climb the rock. At one time, there was a trail leading to the top of the rock that ranged in width from 2 feet to less than 12 inches.

In August 1914, a man named Edison Wingard presumably fell to his death while attempting the feat. Despite an intense search, his body was never recovered. A tablet was installed that paid homage to Wingard. The article reporting on the event declared no one had successfully climbed Haystack Rock in 20 years, Trucke said.

In 1935, Earl Hardy, a seasonal worker at the natatorium in Cannon Beach, reportedly was one of the first people to successfully get to the top using simple climbing equipment. His fastest climb up the rock took about an hour and a half.

However, numerous people visiting Cannon Beach also got stuck while attempting the climb, which not only put them and rescuers at risk, but also could inflict devastation on the wildlife, Trucke said. In 1968, Haystack Rock was declared a National Wildlife Refuge and the trail was closed to climbers.

Meanwhile, in the fall of that year, a group of federal fisheries and wildlife officials used dynamite to blast off the lower ledge of Haystack Rock, making the trail inaccessible. They claimed the blast “did not change the face of the rock in any way,” Trucke said. However, the event was kept rather secretive and there is little verified information about it.

A culture of conservation

Some people were not content to simply climb Haystack Rock. In 1973, a man tried landing his helicopter atop the sea stack and crashed on the beach. In 1904, a developer named Mulhallan filed a land claim for the top of the rock. His vision was to divide the space into 12 separate plats for individual homes.

“It was crazy for one house, but the idea he thought there should be 12?” Trucke said. “Thank goodness his land claim was denied.”

The incident highlights the issue of what lands should be kept public and what should be privatized and developed. Over the next several decades, because of the efforts of former Govs. Oswald West and Tom McCall, along with other activists and dedicated citizens, Oregon’s beaches were established as public property that could be “enjoyed by everybody,” Trucke said. The public nature of the beaches has engendered a culture of conservation in communities throughout the coast.

“We talk about it to the point people don’t want to hear it anymore, but I think you need to keep talking about it,” she said, adding that without maintaining consistent dialogue about conservation, it could lose its vitality.

The Haystack Rock Awareness Program is one agency that plays an integral role in the conservation culture of Cannon Beach. HRAP was established in 1985 to protect the rock’s marine environment through onsite interpretation and education that perpetuates and strengthens people’s affinity for the landmark. Visitors and tourists alike are interested in the birds and marine life involved in the unique ecosystem.

History and Hops is a series of local history discussions hosted by the Seaside Museum and Historical Society on the last Thursday of each month, September through May, at Seaside Brewery. During the next presentation on Thursday, Feb. 27, Jerry and Laurie Bowman will discuss the Northwest Carriage Museum.

World of Haystack Rock: 'Envisioning the Coast of the Future'

The article is correct in emphasizing the importance of the Haystack Rock Awareness Program (HRAP) in protecting the Rock from damage done by a sometimes unknowing public. However, it should be made clear that the City of Cannon Beach is not always supportive of their efforts. Budget cuts and a general disregard for HRAP are increasingly the norm among City Council Members and Management. The local citizenry needs to stay vocal in supporting HRAP before the program disappears altogether.